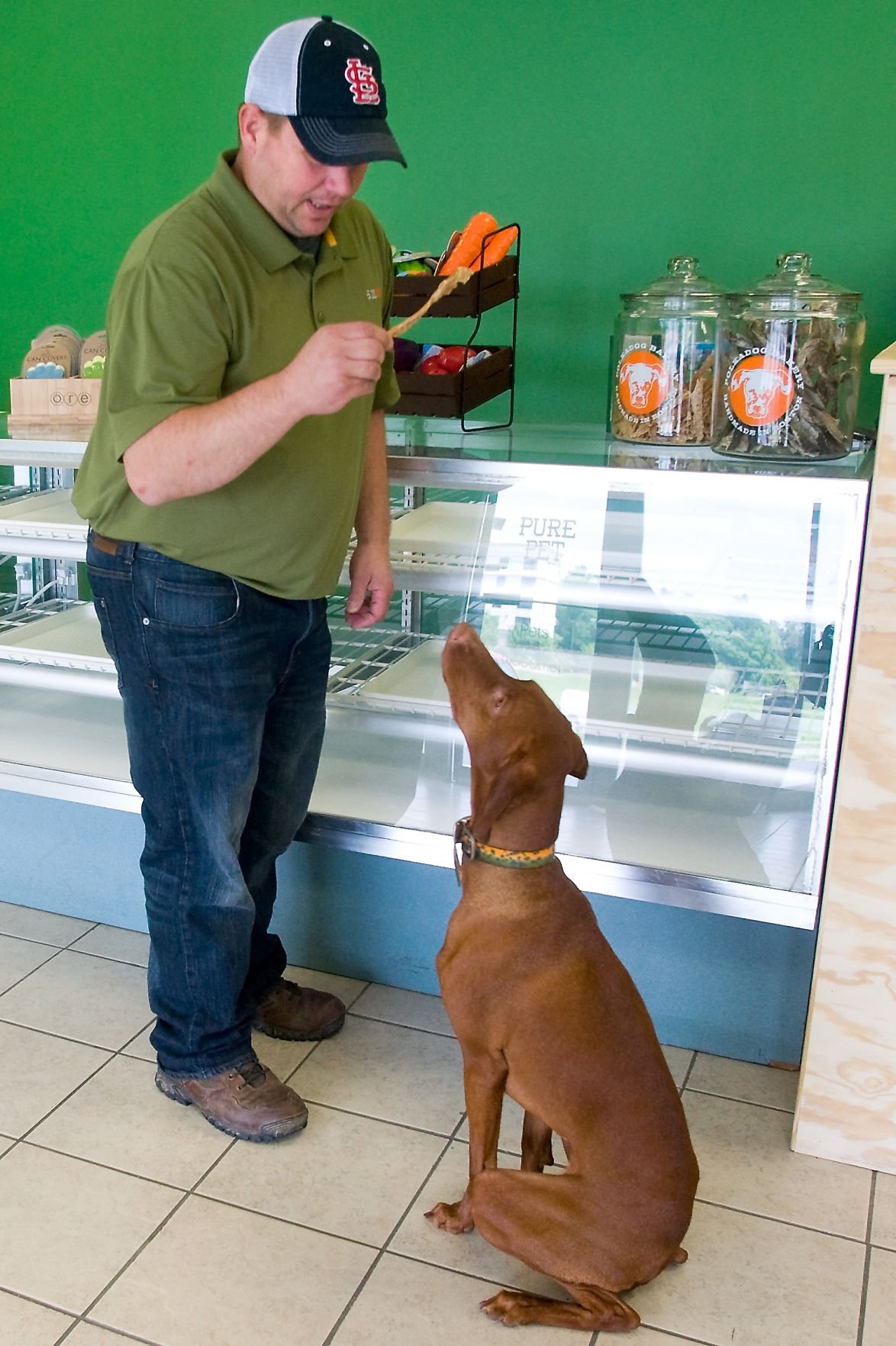 Jay Webb offers Ruby, a three-year-old Vizsla, a treat. Ruby is the reason that Webb and Amanda McReynolds started their business, Pure Pet. Pure Pet is a new pet supply store offering all-natural product lines for dogs and cats. The store is located at 2355 Sweets Drive in Carbondale. 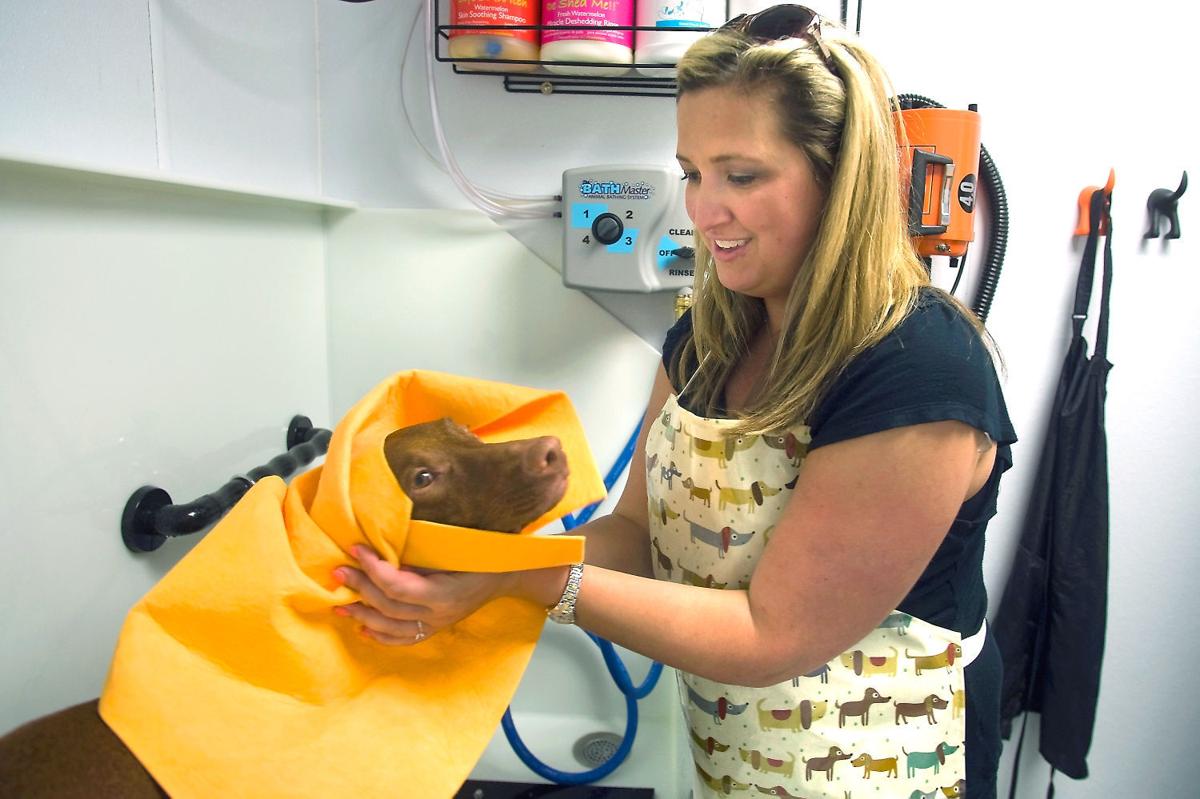 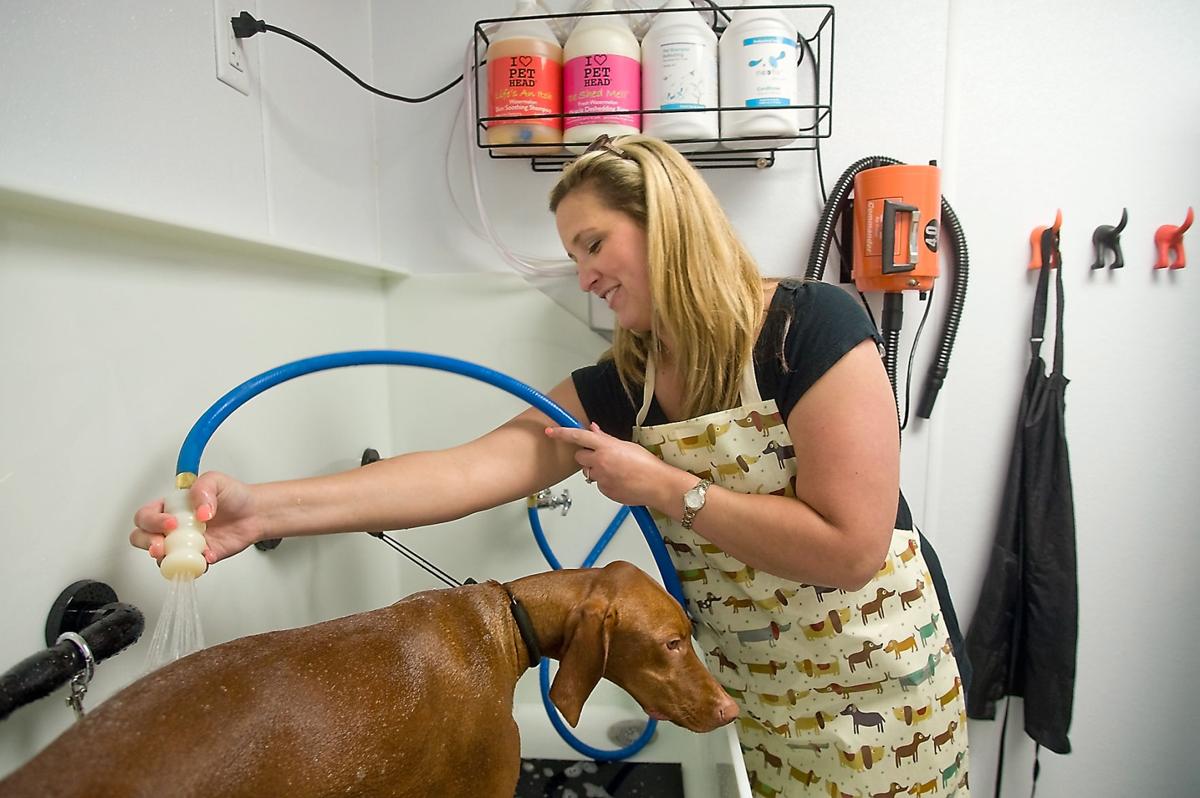 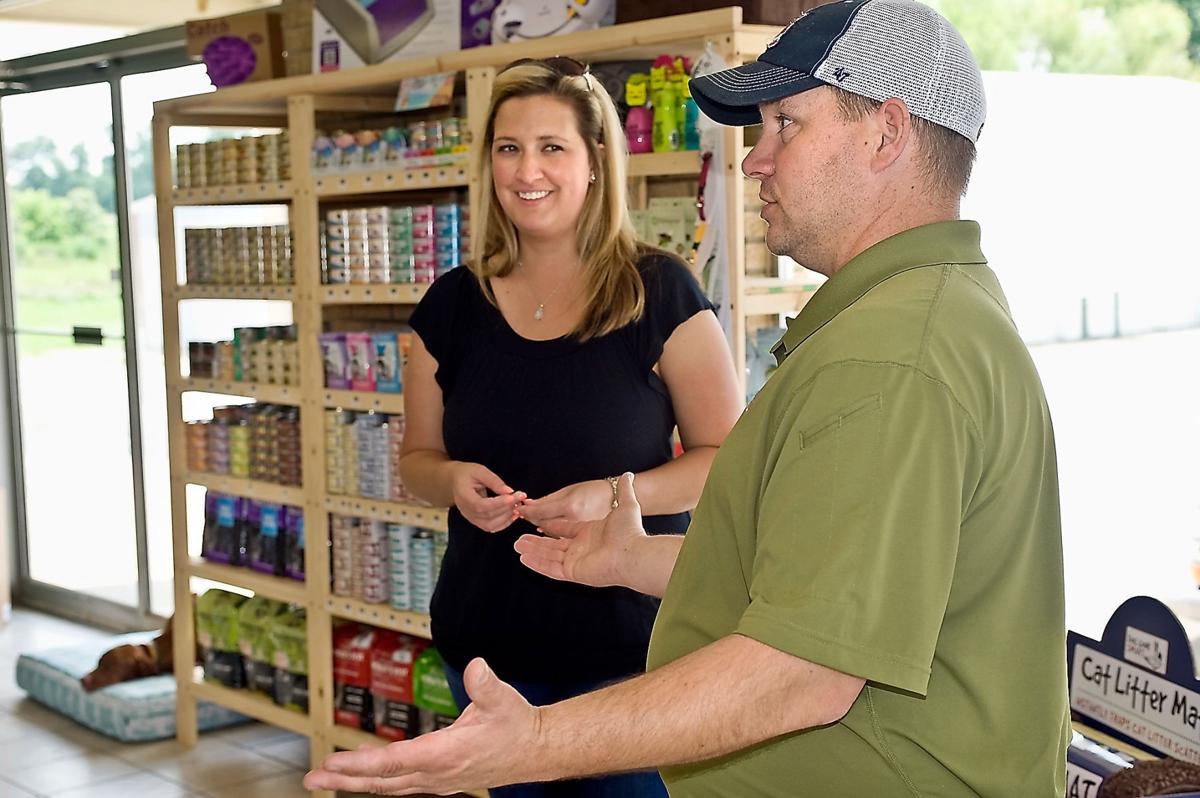 Amanda McReynolds and Jay Webb are shown in Pure Pet, a pet supply store they are opening at 2355 Sweets Drive in Carbondale.

A sign on the counter at Pure Pet says "Think Pawsitive."

CARBONDALE – Pet lovers have a new place to buy food, toys and even get a bath for their furry friends in Carbondale.

Pure Pet, 2355 Sweets Drive, doesn't have the traditional pet food and toys. The business provides all-natural products – for everything.

The pet store celebrated its grand opening with a ribbon cutting celebration Friday with the Carbondale Chamber of Commerce.

Owners of the store, Amanda McReynolds and Jay Webb, have experience when it comes to all-natural pet food, as their three-year old Vizsla, Ruby, has a food allergy.

McReynolds said she has conducted large amounts of research on the products Pure Pets offers, and all the food is without grain and fillers.

“Basically food with no junk in it,” she said. “Just legit food.”

It's not just the food at the store that is of high quality. Several of the toys for dogs and cats will last for a long time, said McReynolds.

She said several of the dog toys are 100 percent guaranteed, especially the ones sold by Dog Planet. The toys are made out of recycled product, and McReynolds said if the dog tears it up, or doesn't like it, the customer can exchange the toy or receive a refund.

McReynolds' business partner and fiancé Webb said a theme throughout the store is that many items are made from recycled product or are made in the United States.

“Our No. 1 thing was to have most of the items be American made,” he said. “Not everything is, but I would say about 98 percent is.

“In doing that, the quality goes up.”

Another rarity in the pet shop is the do-it-yourself dog washing station where customers can bring their animals that may be too big for their bathtub at home or want to avoid the clean up afterwards.

McReynolds said after the dog bath is over, the staff will clean up the mess and get it ready for the next person.

“We have larger dogs, so we know people are bending over the bathtub, your dog is wet, then the dog is running around the house,” she said. “It is just a chaotic mess and then on top of that cleaning the dog, then you have to clean the house.”

Webb makes sure there is no confusion about the inspiration for Pure Pet. It is their dog, Ruby.

He said they were driving to Cape Girardeau to buy food for Ruby, and once they found something she could eat, the couple decided to try and help other people.

“We had no idea before taking care of Ruby that this whole industry even existed,” Webb said. “We thought we could open a store, because if we were going through that, we could help other people.”

He said there are several pets that have allergies and their owners never know it.

McReynolds said they have already had several customers with similar problems and had to order their product online.

“A lot of the brands that we carry aren't going to be at your big retailers,” she said.

Opening her business just a few months before the COVID-19 pandemic and resulting mandated business closures, Johni Hogue had to get creative.…

Confluence Books opened at the beginning of December at 705 W. Main.

Last week, I named Catherine Wood my 2020 financial entrepreneur of the year. After reviewing the returns of her five funds, you could see why…

Many Americans are finding that working from home may take more discipline — both physically and mentally — than they first expected.

Drew Watson is not a sous chef, but his role in kitchens throughout Southern Illinois is undisputed. With every slice of a blade, Watson’s wor…

With every click of her camera shutter, Angeline Dunn realizes she is doing more than just taking a picture. From her Herrin photography studi…

Jay Webb offers Ruby, a three-year-old Vizsla, a treat. Ruby is the reason that Webb and Amanda McReynolds started their business, Pure Pet. Pure Pet is a new pet supply store offering all-natural product lines for dogs and cats. The store is located at 2355 Sweets Drive in Carbondale.

Amanda McReynolds and Jay Webb are shown in Pure Pet, a pet supply store they are opening at 2355 Sweets Drive in Carbondale.

A sign on the counter at Pure Pet says "Think Pawsitive."