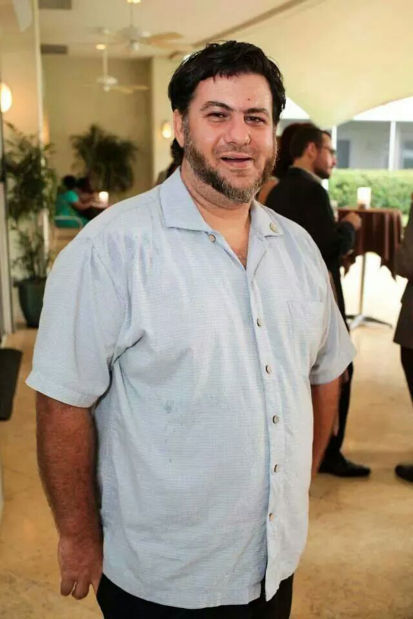 Aur Beck is passionate about renewable and solar energy, and he’s managed to find creative ways to turn that passion into a career. His company, Advanced Energy Solutions Group in Pomona, helps share the fruits of his labor with residential, commercial and industrial clients. 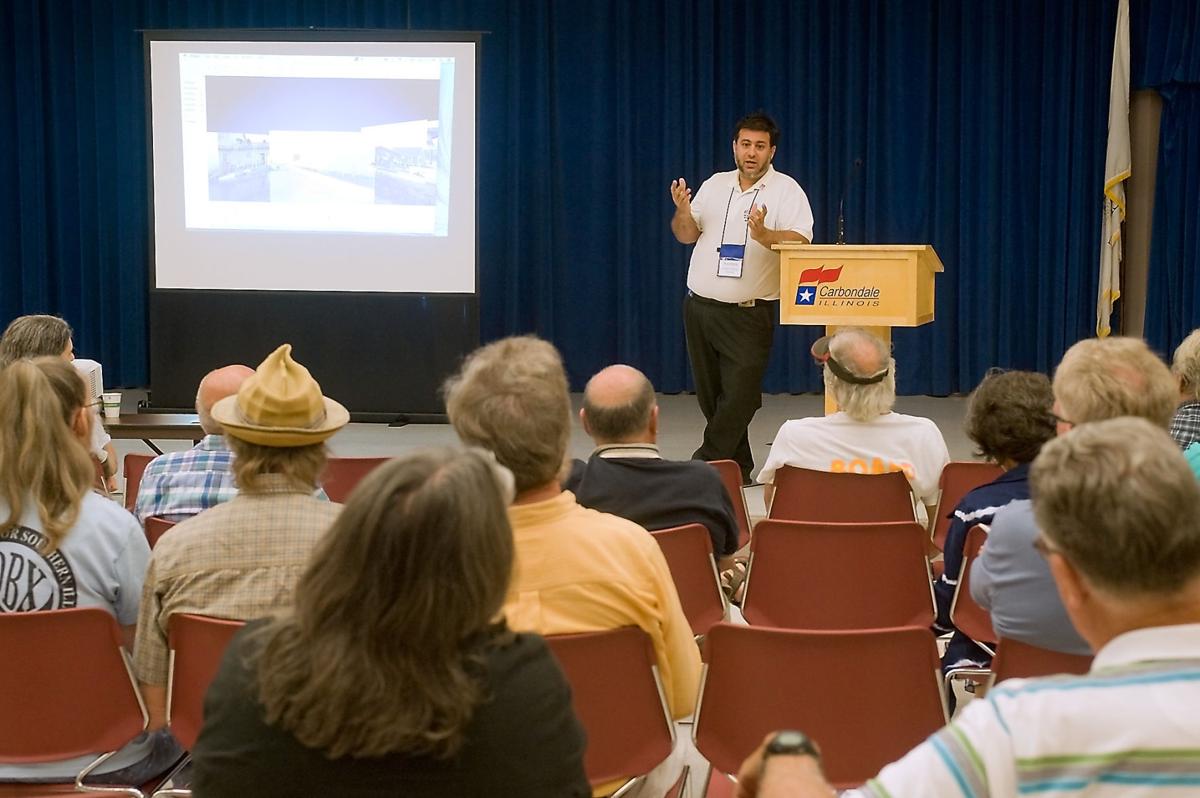 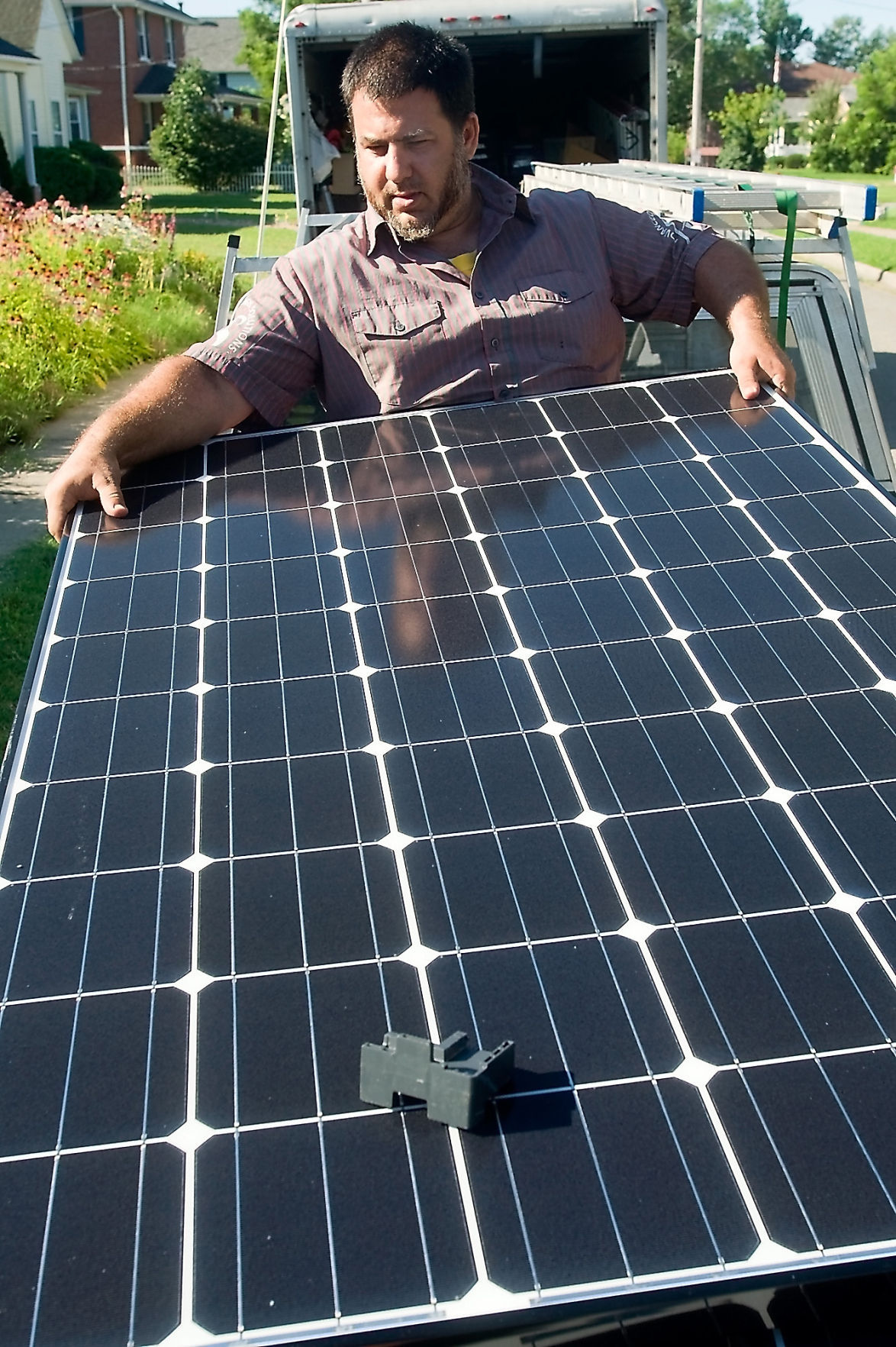 Aur Beck of Advanced Energy Solutions (AES) handles a solar panel that was installed on a residence in Johnston City in August 2015.

Aur Beck For The Southern

October is Energy Awareness month as designated by the DOE (Department of Energy) and the perfect time to do an assessment of how much energy you are wasting as you prepare for winter. I know it is strange to be thinking of winter now but it is much better to do it ahead of time than when you get that first high utility bill.

In October the American Solar Energy Society coordinates the National Solar Tour with the local Heartland Solar Tour happening October 7th from 10 a.m. to 3 p.m. Local businesses and homeowners open their places to the public to showcase solar and energy efficient places.

What is an energy assessment or energy survey? This can be very basic done by the homeowner or building owner themselves all the way to hiring a professional but it is a visual inspection and survey of all things that use energy. This doesn't require any special equipment as an energy audit does, like a blower door test (test how many leaks) or an infrared camera (test how much insulation).

An energy survey lists all things that use energy. For example, how many 26 watt CFL lights you have and helps create an energy plan to make your home or business more efficient. Do an internet search for home energy survey and you will get basic ones that you can do yourself. A business requires a more detailed one that takes more time. In a home start by going through the house and unplugging everything as you write down what you have. For example; a 32-inch LCD TV rated at 400 watts, a microwave rated at 1,800 watt, and the list goes on. You can unplug the fridge as it will stay cold for awhile. Once you have unplugged everything go look at your utility meter and I can almost guarantee that the meter is still turning.

As we get close to Energyween now is your opportunity to be an energy detective and track down those energy vampires or energy gremlins that are still sucking energy even though everything in your house is off. Energy vampires or energy gremlins all basically refer to the same thing: electronic devices with two sharp, pointy teeth that latch into your wall sockets and use electricity all day, all night, whether on or off, whether charging batteries or not. These devices include anything especially with a remote whether it is a TV, VCR, DVD player, but also answering machines, iPods, cell phones, stereos, laptops, desktops, anything with a charger, anything with a clock display. They are everywhere. Sucking your energy. Studies conducted by the Lawrence Berkeley National Laboratory estimate that standby power consumption in the U.S. accounts for 5 percent of all residential power consumption. That means Americans spend more than $3.5 billion annually on wasted power.

• A mobile phone charger uses 4 watts while charging a phone, 2 watts even when the phone is fully charged, and still 2 watts when the charger is plugged in without the phone.

• U.S. home standby usage at 50 watts, or about 5 percent of nationwide electricity usage.

The solution: Put them on a plug strip so you can actually "unplug" by turning off the plug strip.

Aur 'DaEnergyMon' Beck, is a NABCEP Certified Solar PV Installer™ with AES Solar in Carterville and started educating himself about renewable energy as a teenager even before (at age 15) he moved into a camper in his parents driveway to live off grid solar and ended up living off grid for 18 years. Aur understands that living how he does makes it very easy to advocate for a life of simpler living, energy efficiency and renewable energy. His name Aur (pronounced "or") means light or to enlighten in Hebrew. Can be reached at tech@AESsolar.com

How to decide what kind of business to open

How to decide what kind of business to open

How to curb impulse buys and stick to your budget

How to curb impulse buys and stick to your budget

Aur Beck is passionate about renewable and solar energy, and he’s managed to find creative ways to turn that passion into a career. His company, Advanced Energy Solutions Group in Pomona, helps share the fruits of his labor with residential, commercial and industrial clients.

Aur Beck of Advanced Energy Solutions (AES) handles a solar panel that was installed on a residence in Johnston City in August 2015.