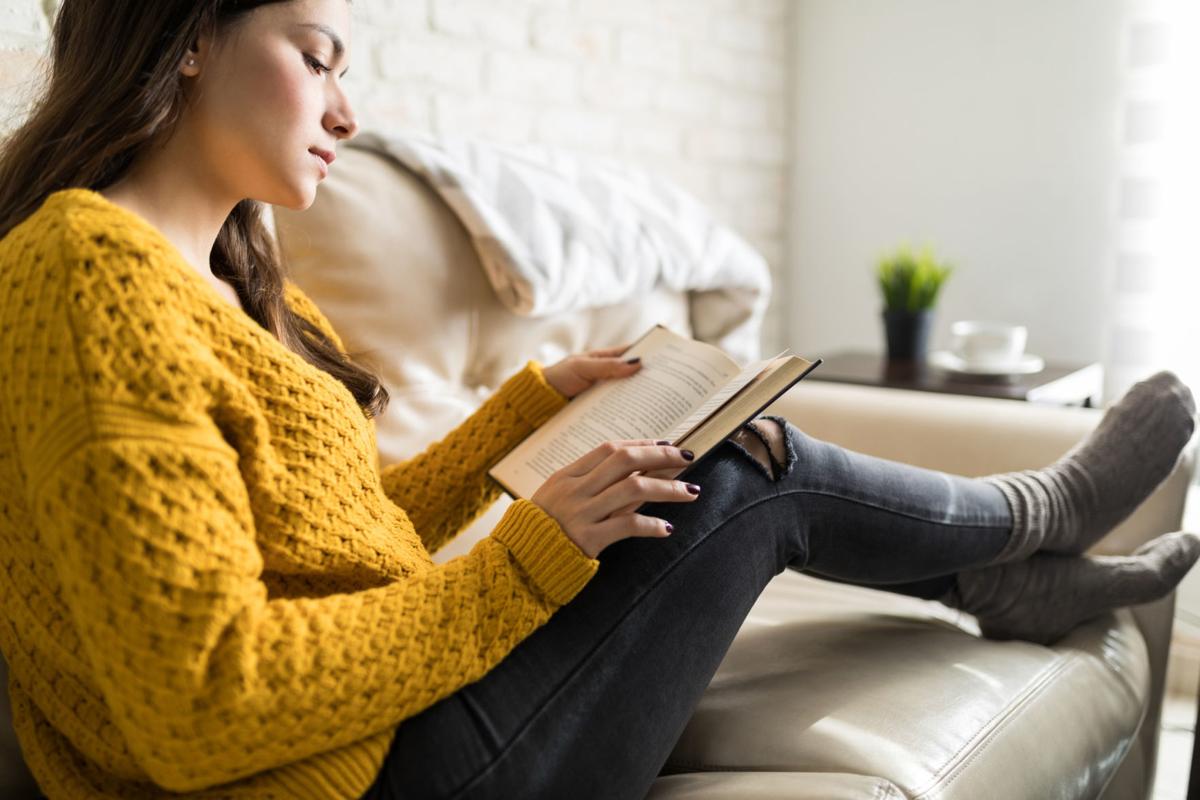 Those who might take this social distancing time to become more interested in literature and film are about to enter a 'magical time' in their lives, said Pinckney Benedict, a professor in SIU Carbondale's Department of English. 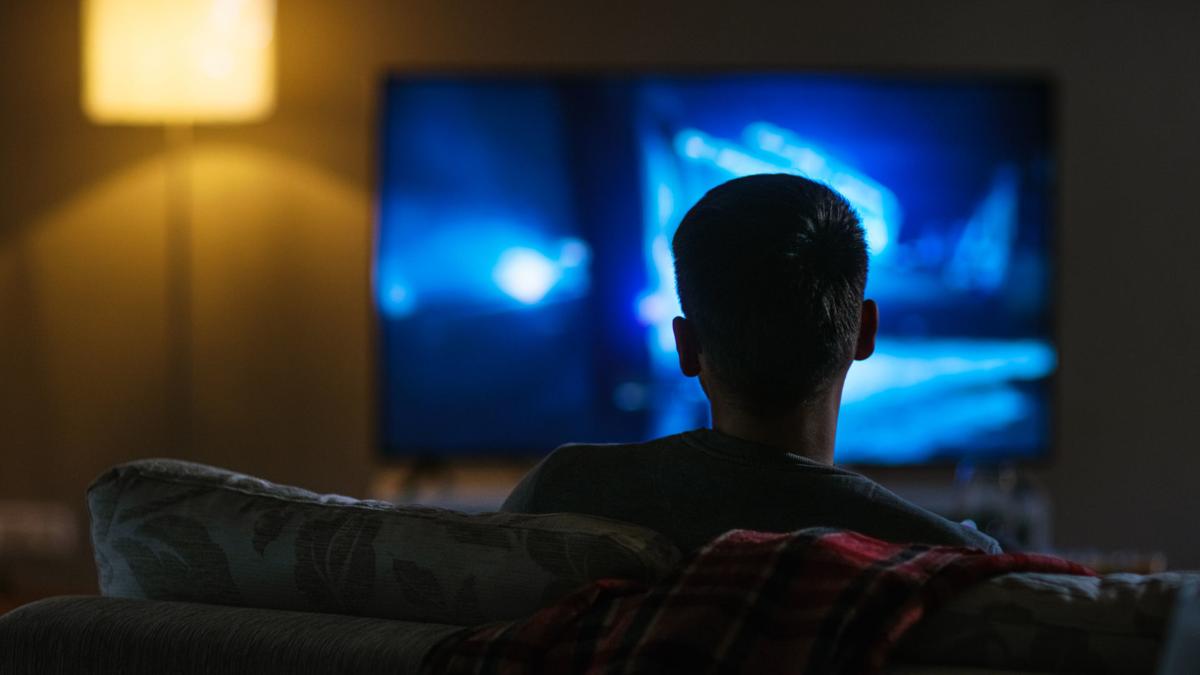 Walter Metz, a professor in SIU's Department of Cinema and Photography, said involvement in art, film and literature has long been 'the most important activity in which humans engage.'

CARBONDALE — With stay-at-home orders in place in Illinois until April 8 due to the COVID-19 pandemic, Southern Illinois University Carbondale faculty have a few insights for people who might want to catch up with the classics in film and literature during their free time.

“Powerful stories — well-made novels, films, television shows, video games — give us a framework within which we can understand who we are,” Benedict said.

He said that whether a person identifies with Othello, Desdemona, Walter White or "The Witcher," taking time away from a daily grind gives people the opportunity to see what they would “have to undertake to become more like a character you admire, or less like a character you find reprehensible.”

For Benedict, a story is classic if it accomplishes two things simultaneously: Captures an “utterly idiosyncratic moment in time,” such as a place, subculture, historical event, even if fictional, “with absolute accuracy and specificity;" and shows something that is “universally human and true and timeless.”

In Benedict’s terms, “Seven Samurai,” “True Grit,” both the novel and films, and Gerry Anderson’s puppet show “Thunderbirds” are examples.

Walter C. Metz, a professor in the Department of Cinema and Photography, notes involvement in art, film and literature has long been “the most important activity in which humans engage.” For example, Artistophanes was writing some of the greatest comedy in human history at the end of fifth century B.C., and "Lysistrata," written in 411 B.C., still makes Metz laugh when he reads it or sees it performed.

Film and literature touch an emotional cord, Metz said. During the first day of the pandemic, he pulled several BluRay disks from his collection “knowing that watching movies would be the only way to stay sane.” His choices included the 1984 film “The Natural” with Robert Redford, in which Roy Hobbs, Redford’s character, is a “failed genius.”

“He was the best at doing one thing, but made a mistake and seemingly could never recover,” Metz said. “However, in the cinema, the glorious essence of greatness can be recovered.”

Metz explained that When Hobbs hits the home run at the end, he shatters not only the stadium's lighting grid, but also the cynicism of Bernard Malamud's novel, from which the film was adapted.

“The movie's ending drives literature professors to distraction, but it is possible to revel simultaneously in the novel's criticism of the American Dream and the film's glorious celebration of it,” Metz said.

The movies that touch him the most are those he saw in a theater with people he loved the most, Metz said, remembering when his father, who died two decades ago, took him in 1982 to see “Blade Runner” on opening night. There were few spectators in attendance.

“It was only a decade later that people began to notice how important that film really was. At the time, people wanted Han Solo. Harrison Ford gave them Sam Spade,” Metz said.

When sitting back to be enveloped by a book or film, it’s important to take the time seriously, Benedict said.

“Don’t cram a little narrative into a short time in between periods of work,” he said. “Our ability to imagine ourselves in circumstances other than our own is one of the things — the relatively few things — that separates us from other sorts of creatures. A badger can dig its hole all day, and we admire it for its industry; but in the end, it’s a badger and can’t enjoy and find revelation in the stories of other badgers. Don’t be a badger. Be a person.”

Benedict emphasized the importance of fully employing empathy and imagination.

“It may seem to some like escapism, but taking in a powerful human narrative, even quite a short one, is to remind yourself why you bother to do the difficult things that you do,” he said.

Those who might take the opportunity to become more interested in literature and film are about to enter a “magical time” in their lives, Benedict said. Many students were trained in school to think of “literature” like homework. He suggests starting with something that has long intrigued the reader or viewer, perhaps something based on a classic story.

“Few storytellers set out to be dull and pedantic. They want to beguile and charm and frighten,” Benedict said. “Kafka thought his stories were hilarious, even if your 11th grade English teacher didn’t. Dickens was more popular in his day than Stephen King and JK Rowling are in ours.”

Help in finding ‘that’ book or film

Metz and Benedict also have recommendations about finding films and literature.

In literature, a recommendation is: “Goodreads: Meet your next favorite book” at goodreads.com.

For cinema and film commentary, there are:

Benedict said look to commentators whose tastes “seem to complement or perhaps challenge yours and look to them for guidance.”

Then, he said, offer your own.

“There’s no better way to discover what you truly value in stories than by clearly stating your opinions and then discussing them — calmly and politely, of course, but vigorously — with others,” he said. “You will make discoveries and change your mind, and you’ll help others to make discoveries and you’ll change their minds. That’s what literature, broadly construed — anything from ‘The Epic of Gilgamesh’ to a virtual reality sci-fi game that comes out tomorrow — is made for.”

Those who might take this social distancing time to become more interested in literature and film are about to enter a 'magical time' in their lives, said Pinckney Benedict, a professor in SIU Carbondale's Department of English.

Walter Metz, a professor in SIU's Department of Cinema and Photography, said involvement in art, film and literature has long been 'the most important activity in which humans engage.'