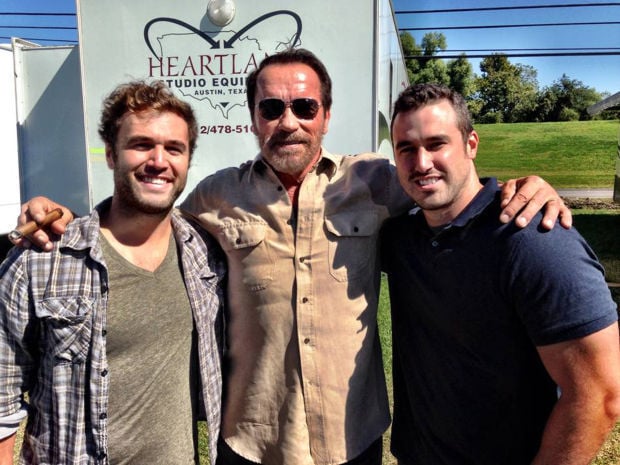 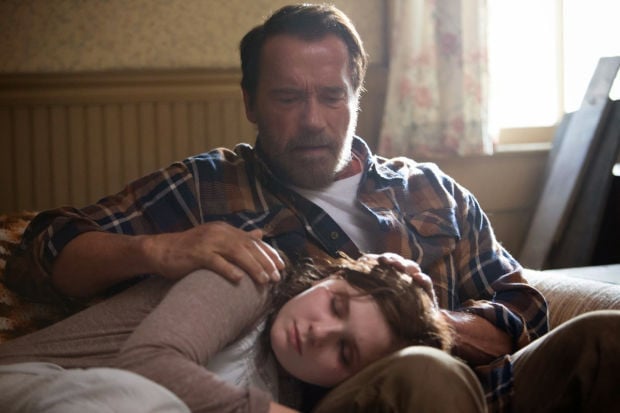 Arnold Schwarzenegger stars as the father of Abigail Breslin, who, in the movie, has been infected by a zombie. The film doesn't focus on the horror of zombies but rather centers on the inevitability of death and the relationship between father and daughter.

"Maggie" is not your typical zombie movie.

John Scott 3, a former Carrier Mills High School student and Southern Illinois University cinematography student, said his first film is a movie about a father "reconnecting with and protecting his daughter" as they struggle to make peace with her mortality.

"It just happens to have zombies," Scott said.

The independent film will premiere April 22 at the Tribeca Film Festival and will be released May 8 in theaters and on demand.

When Scott wrote the movie's script, he didn't have a particular actor or actress in mind, nor could he have imagined who would agree to play the father in the movie.

"When Arnold Schwarzenegger responded to the script, I was extremely and pleasantly surprised," Scott said. "After meeting with him and hearing him talk about how he felt the script resonated with him, and then seeing the final product, he's the only person I can see playing the part."

Scott, who works as an engineer for one of NASA's flagship observatories, had previously sold a television pilot for Fox Television Studios and a pitch to CBS Studios, but this is the highlight of his burgeoning film career.

"I'm not sure anything will compare to seeing my first film, starring Arnold Schwarzenegger, on the big screen at a festival," Scott said.

Scott has been a fan of horror films, but said he didn't know where his script was going to go when he sat down to write it. In fact, he tossed the first draft of his script in the garbage, feeling it was too similar to every other zombie movie he's seen.

Starting over, Scott kept the zombies in the script, but redirected the horror from the zombies to the frailty of life.

"I wanted to slow it down and make it emotional, to find horror in the inevitability of death and the lack of time we have with loved ones," Scott said.

"Maggie," set in the Midwest, draws on what Scott calls the regions "veritable cornucopia of personalities and lifestyles."

But the movie struck was personal for Scott in more than just its geography.

"I drew from my own personal experiences: small town life in the Midwest, a caring but tough stepmother and a stoic father," Scott said. "It was very sobering to write something so close to home, but in the end, it was a cathartic experience."

As the movie's writer, Scott said he was involved in each step of the process for the film.

He worked with the film's director, Henry Hobson, to rewrite scenes, ensuring the integrity of the story.

"I became friends with a lot of smart and talented people," Scott said. "I think the biggest surprise, in a good way, was watching the many interpretations of the film by all its cast and crew -- the way an actor would read a line that drew more depth out of something I never intended."

Here's the trailer for the movie:

• "Maggie" will be released May 8 in theaters and on demand

• AMC Theaters in Carbondale has not determined showtimes or showdates

Auditions for the 2015 All Southern High School Theatre Project, “Legally Blonde the Musical,” will take place Saturday, April 11, at Artstart…

Arnold Schwarzenegger stars as the father of Abigail Breslin, who, in the movie, has been infected by a zombie. The film doesn't focus on the horror of zombies but rather centers on the inevitability of death and the relationship between father and daughter.