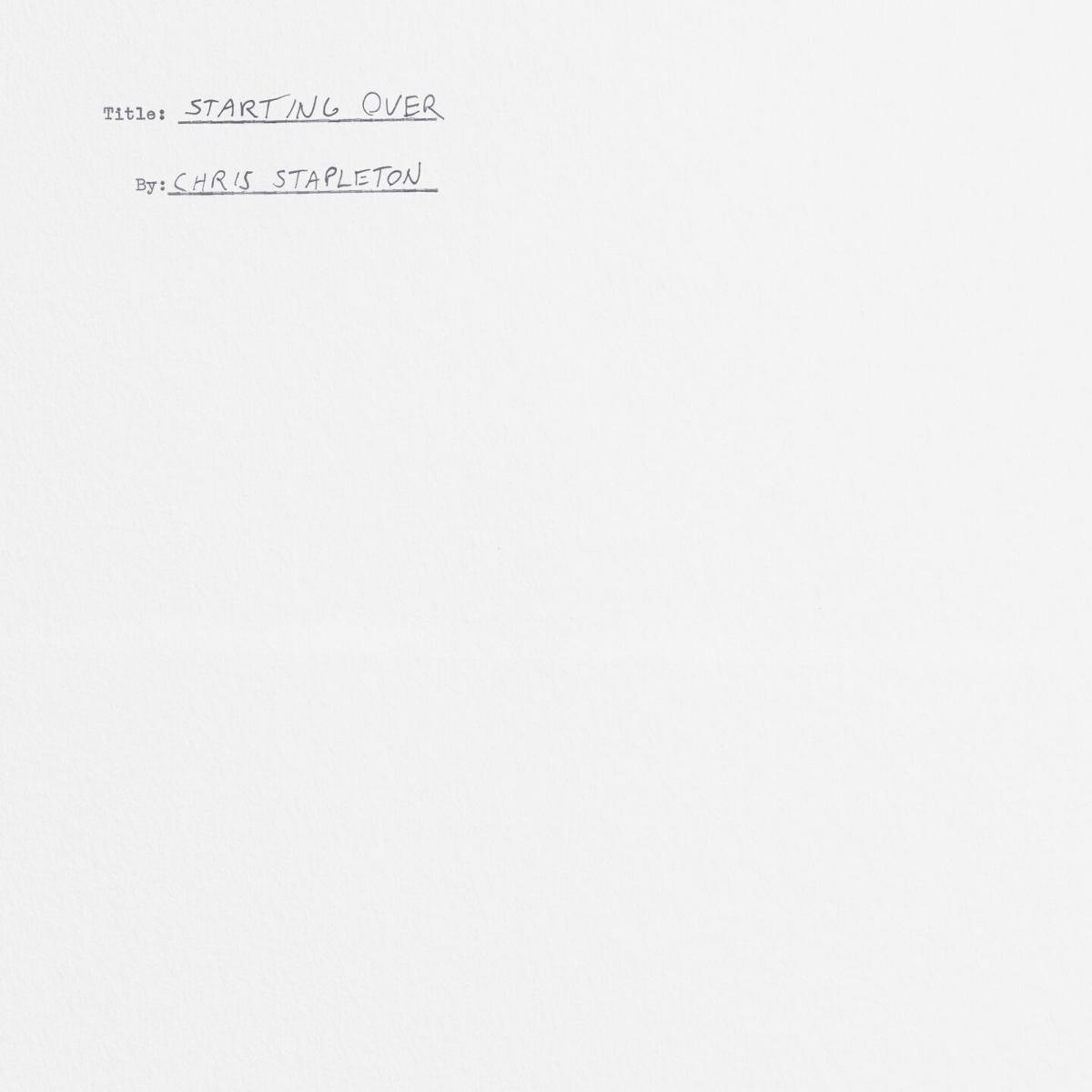 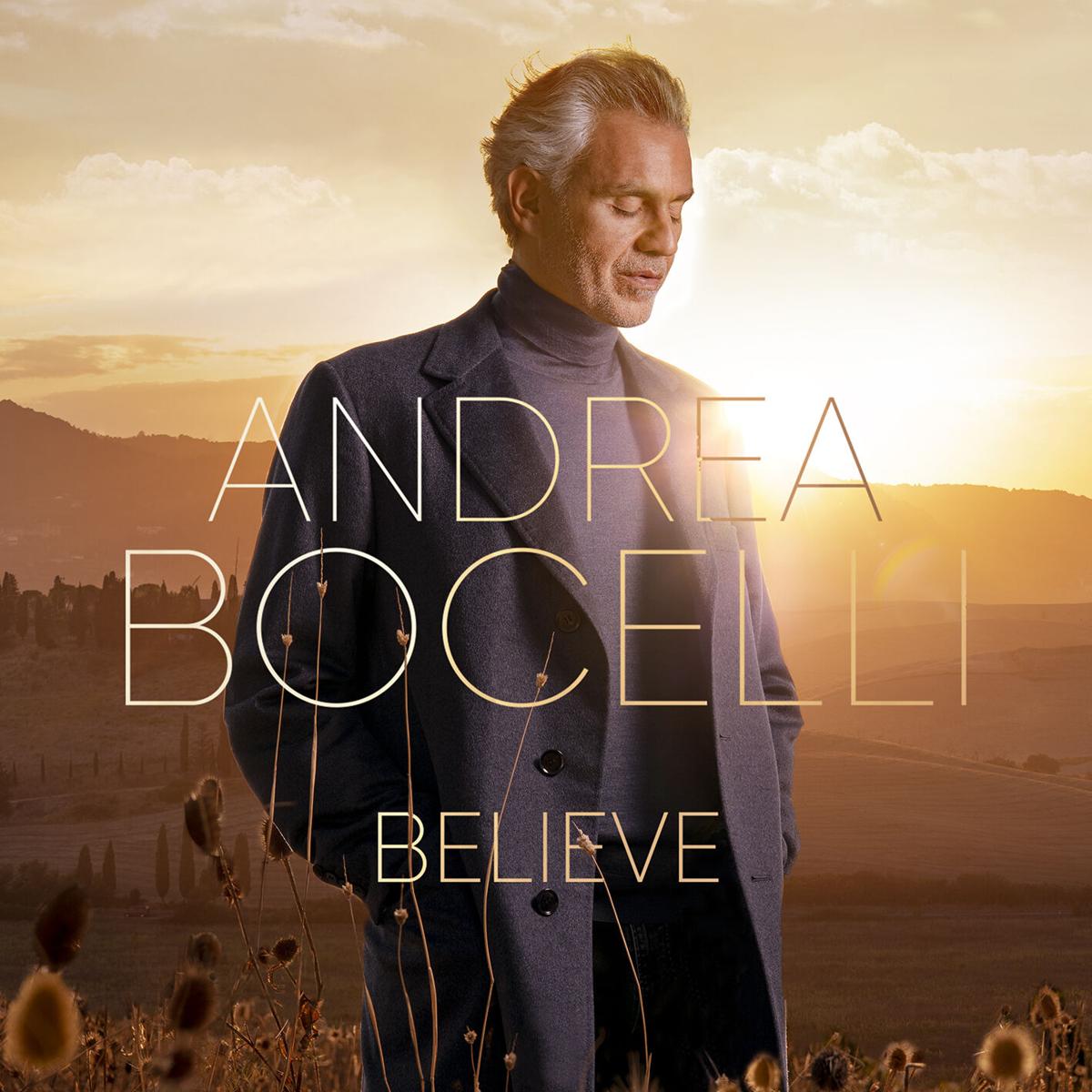 By The Associated Press

Here's a collection curated by The Associated Press' entertainment journalists of what's arriving on TV, streaming services and music platforms this week.

— When Greta Thunberg began protesting outside Swedish Parliament two years ago, it only took days for director Nathan Grossman to start trailing her in her mission to prod government leaders on the climate crisis. "I Am Greta," which premieres Friday on Hulu, documents the enormous movement fueled by Thunberg's one-person school strike, and a few very surreal years for the Swedish teenager. Along the way, she meets world leaders, speaks at the United Nations and reckons with her newfound notoriety.

— Is there a more simply compelling equation for a documentary than Werner Herzog + meteorites? In "Fireball: Visitors from Darker Worlds," Herzog and Clive Oppenheimer ponder the mythic, spiritual gravitational pull of meteors and comets on humanity — and on Herzog, himself. Having already surveyed volcanoes with his co-director in "Into the Inferno," Herzog here turns his gaze to the cosmos to rhapsodize on the hunks of rocks hurtling through space. On Apple TV+ Friday.

— Three decades ago, Martin Scorsese founded the Film Foundation. Since then, it has been a critical bulwark of film preservation, saving an enormous number of movies from deterioration and illuminating the brilliance of countless others. Over 30 years, the nonprofit organization has aided in some 850 restorations. To celebrate the Film Foundation, the Criterion Channel on Sunday will begin a 30-film series, set to expand over the next year, featuring some of the titles given new life by Scorsese's creation. Among them: "The Red Shoes," "It Happened One Night," "Ugetsu," "Once Upon a Time in the West" and "Primary."

— 2020 has been a rough year, and Andrea Bocelli has an album to help you feel better about life. The all-star Italian tenor will release "Believe" on Friday, and it is packed with songs set to soothe the soul. The iconic Alison Krauss and Bocelli team up for a cover of "Amazing Grace" and there are also two duets with opera singer Cecilia Bartoli. The 14-track album even includes a previously unreleased song from revered Italian composer Ennio Morricone, who died earlier this year at age 81.

— After releasing two chart-topping albums in 2017, superstar country singer-songwriter Chris Stapleton is back with a new collection of songs coming out Friday. His fourth solo album, "Starting Over," includes 11 original songs he co-wrote as well as covers of John Fogerty's "Joy of My Life" and Guy Clark's "Worry B Gone" and "Old Friends." Special guests include Stapleton's wife, singer Morgane Stapleton, as well as producer (and acoustic guitar player) Dave Cobb, Mike Campbell (electric guitar), Benmont Tench (Hammond B3 organ), Paul Franklin (pedal steel) and the All Voices Choir.

— You can always count on Grammy-winning a cappella group Pentatonix to release Christmas music. The fivesome – whose first five holiday albums have sold 12.5 million units worldwide – will release their sixth holiday album, "We Need a Little Christmas," on Friday. Alongside Ben Bram, Pentatonix produced "Amazing Grace (My Chains Are Gone)," the first single from the new album.

— First responders are back in force this week as a number of dramas make their pandemic-delayed season debuts (all times Eastern). NBC's back-to-back franchise of "Chicago Med," "Chicago Fire" and "Chicago P.D." returns Wednesday starting at 8 p.m., while CBS' "S.W.A.T" opens with a two-hour premiere at 9 p.m. Wednesday. ABC's "Station 19" sounds the alarm at 8 p.m. Thursday, while NBC warhorse "Law & Order: SVU" begins season No. 22 at 9 p.m. If you prefer courtroom action, CBS' "All Rise" returns Monday, Nov. 16 at 9 p.m.

— Reba McEntire and Darius Rucker host the CMA Awards, airing live from Nashville, Tennessee, at 8 p.m. EST Wednesday on ABC. The 54th annual Country Music Association ceremony, with COVID-19 precautions in place, is set to include performances by Lady A, Miranda Lambert, Keith Urban, Rascal Flatts, and Little Big Town. This year's nominees include Brothers Osborne, Jenee Fleenor and Ashley McBryde, who will join Jason Aldean and Dierks Bentley for an opening tribute to Charlie Daniels. The singer-songwriter died in July at age 83.

The 100 best dystopian movies of all time

Feeling like 2020 has been a dystopian nightmare? Check out this list of the best dystopian movies of all time to see how it measures up.

Movies in a Minute: 'Sound of Metal' & 'Hillbilly Elegy'

Movies in a Minute: 'Sound of Metal' & 'Hillbilly Elegy' 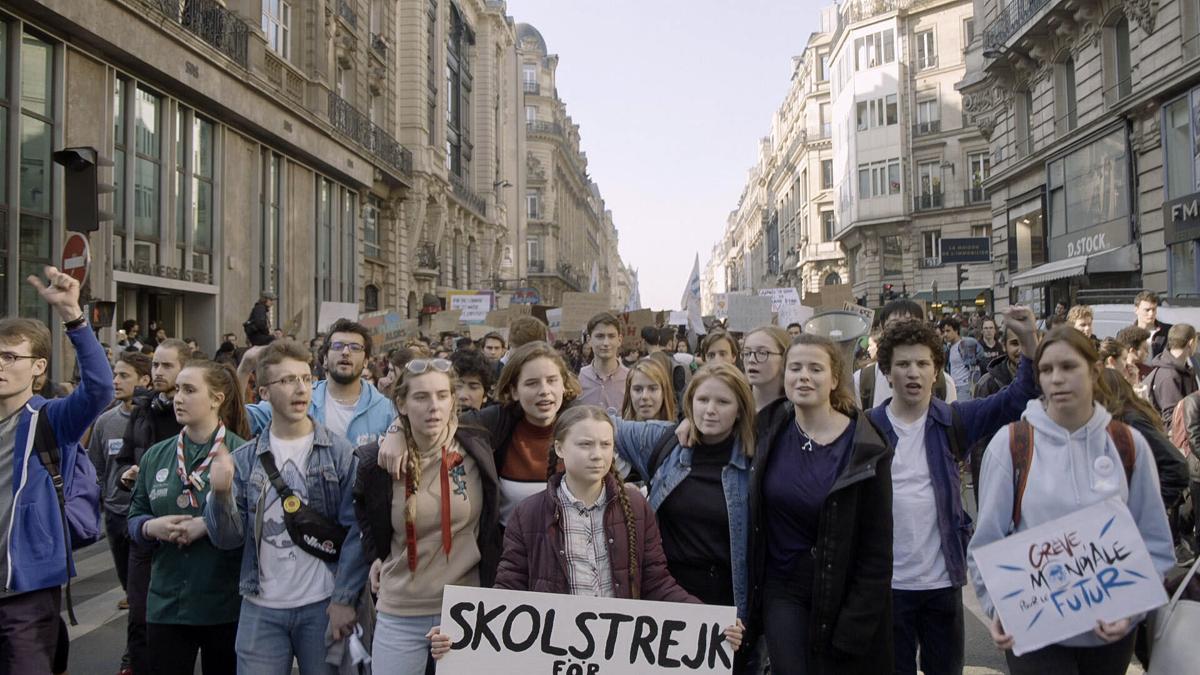 This image released by Hulu shows activist Greta Thunberg, center, in a scene from the documentary "I Am Greta" the story of Thunberg, the teenage Swedish schoolgirl who is leading the global school strike for action on climate change. The film premieres Friday on Hulu. (Hulu via AP) 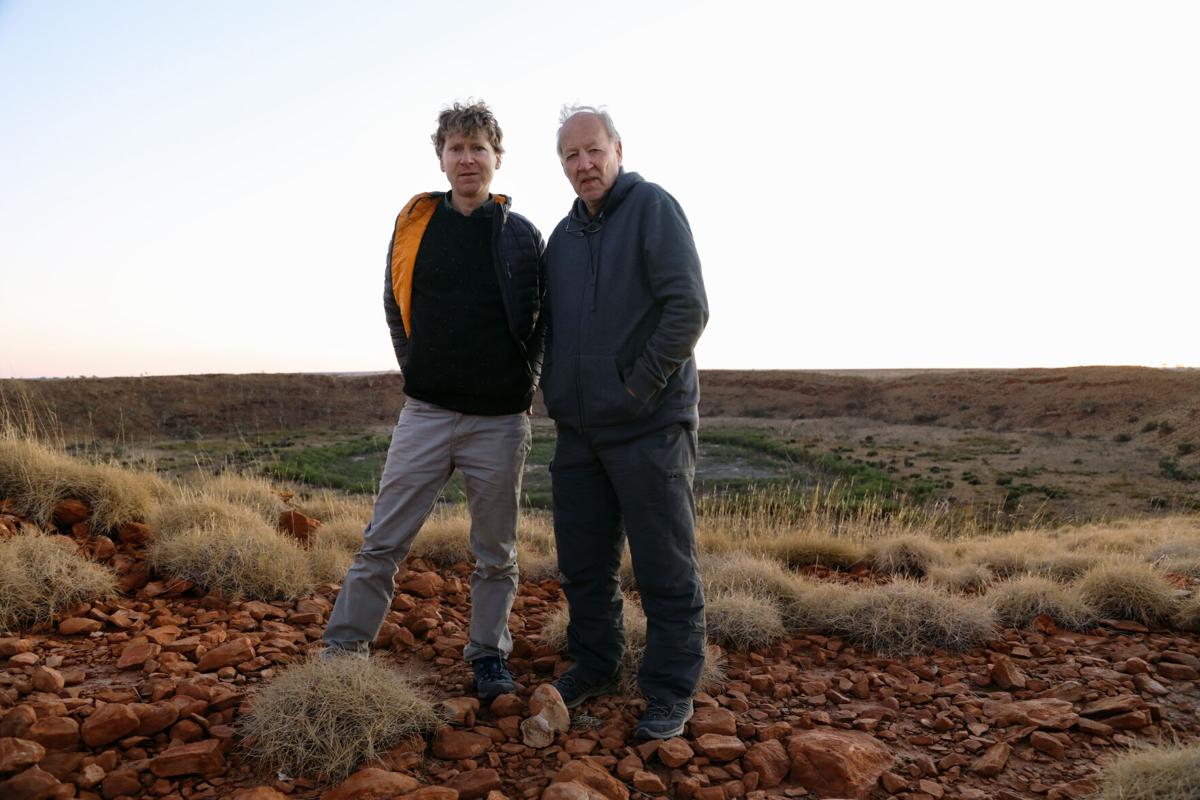 This image released by Apple shows filmmakers Clive Oppenheimer, left, and Werner Herzog behind the scenes of “Fireball: Visitors From Darker Worlds,” a documentary about meteors and comets, premiering globally on Apple TV+ on November 13. (Apple via AP) 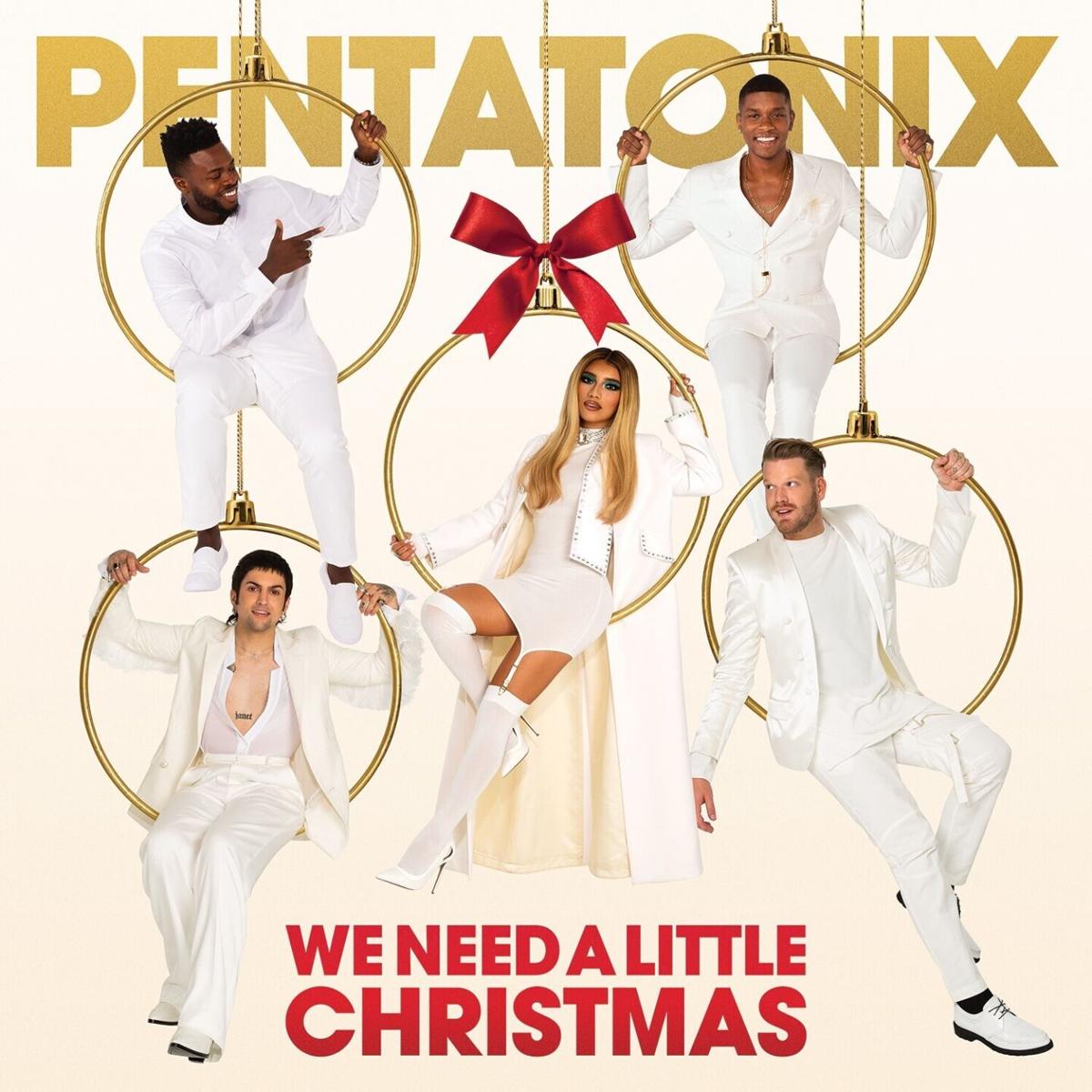 This cover image released by RCA shows "We Need a Little Christmas," by Pentatonix. (RCA via AP)