Here's a collection curated by The Associated Press' entertainment journalists of what's arriving on TV, streaming services and music platforms this week.

— Writer-director-star Radha Blank's witty and vibrant directorial debut, "The Forty-Year-Old Version" made a splash at the Sundance Film Festival earlier this year, where she won the directing prize and earned comparisons to a young Spike Lee. Available on Netflix Friday, the black and white film follows a struggling New York playwright (a semi-fictionalized version of Blank) who was featured on a 30-under-30 list but is now on the edge of 40 and needing a hit.

— "Time," another black and white Sundance breakout, is coming to Amazon Prime Video on Friday, but the similarities between Garrett Bradley's documentary and Blank's film end there. Bradley's film looks at Sibil Fox Richardson, a mother of six who has worked for two decades to try to get her husband released from the Louisiana State Penitentiary where he's serving a 60-year sentence. The documentary combines home videos and new footage in what's been described as an "impressionistic" portrait of family, race, the American justice system and the passage of time.

— "Charm City Kings": This coming-of-age drama from director Angel Manuel Soto takes audiences into the world of West Baltimore's dirt bike scene via a middle schooler played by Jahi Di'allo Winston (in a standout performance) who is conflicted about his future and whether or not he should stay on track to become a veterinarian or make fast money with the Midnight Clique biking crew. Although a work of fiction, it is based on the documentary "12 O'Clock Boys." "Charm City Kings" launches on HBO Max Thursday.

— Jay-Z's Roc Nation entertainment company has curated an album focused on social justice to be released Friday. The 12-track "REPRISE" project – including songs by Rapsody, Buju Banton, Vic Mensa, Jorja Smith and more – was created to bring awareness to social justice issues and a portion of the proceeds will be benefit victims of police brutality, hate crimes and more.

— It's taken nearly three decades but Scandal rocker Patty Smyth is releasing her first album of original material on Friday. The appropriately titled "It's About Time" includes six new songs produced in Nashville with Dann Huff, who has worked for Taylor Swift and Faith Hill. Smyth also covers Bobbie Gentry and Tom Waits on the album.

— Brothers Osborne – the country music duo made up of brothers T.J. Osborne and John Osborne – have consecutively earned Grammy nominations since 2015 thanks to their first two albums and hit singles like "Stay a Little Longer" and "It Ain't My Fault." They can expect even more nominations, and maybe even a win, with the release of their third album "Skeletons," out on Friday. They've once again teamed up with producer Jay Joyce for the project, which features the single "All Night."

— Miss "Mad Men"? Fans of that show will find similar style, cars, clothes and alpha male energy in "The Right Stuff," an eight-part series based on Tom Wolfe's book. It looks at the 1960s space race with the Soviet Union and the formation of NASA, told through the eyes of seven men who made up the original astronaut program. Think "Mad Men" in space. The National Geographic series will premiere on Disney+ on Friday.

— How COVID-19 overwhelmed hospitals is the subject of "America's Medical Supply Crisis," which airs on Tuesday. It's an investigation from PBS' "Frontline" and The Associated Press into why the U.S. was left scrambling for critical medical equipment as the coronavirus swept the country. This investigation examines the fragmented global medical supply chain and its deadly consequences, with counterfeit masks flooding the system, PPE rotting on stockpile shelves and close to 1,000 U.S. health care workers who have died on the job.

— The truncated swan song of "Supernatural" kicks off Thursday with the final seven episodes airing on the CW. "Supernatural" has been a cornerstone of the network for 15 seasons, beginning when the network was still known as The WB. The show, about demon-hunting brothers Dean and Sam Winchester (Jensen Ackles and Jared Padalecki), debuted the same year as YouTube. The final season was originally intended to wrap up back in the spring, but the pandemic forced the series to suspend production before the final episodes were completed. The series finale will air on Nov. 19 after a retrospective special, "Supernatural: The Long Road Home."

50 of the best TV shows with the worst endings

Oscar-winning actor Jeff Bridges says he is being treated for lymphoma. Bridges' Hollywood career stretches over six decades and has starred in over 70 films including "True Grit" and "The Big Lebowski."

This week on our film podcast 'Just to be Nominated,' we're talking about Animation!

Get in touch with your inner child because this week on our film podcast 'Just to be Nominated' we're talking about some of the the best Animated movies ever made!

Batman: Death in the FamilyGenre: Action & AdventureRelease Date: 2020-08-13© " 2020 Warner Bros. Entertainment Inc. BATMAN and all related characters and elements are trademarks of and © DC Comics."

New this week to TV, streaming and more: David Byrne, 'The Amazing Race' and Tommy Lee

Broadway's closed, but you can still feel the thrill of being inside a packed house in "David Byrne's American Utopia." Here's what else is new to TV, streaming services and music platforms this week.

Into the Labyrinth - Donato Carrisi

Movies in a Minute: 'The War with Grandpa'

Movies in a Minute: 'The War with Grandpa'

Movies in a Minute: 'The Glorias' & 'The Boys in the Band'

Movies in a Minute: 'The Glorias' & 'The Boys in the Band'

Movies in a Minute: 'The Empire Strikes Back' & 'Kajillionaire'

Movies in a Minute: 'The Empire Strikes Back' & 'Kajillionaire' 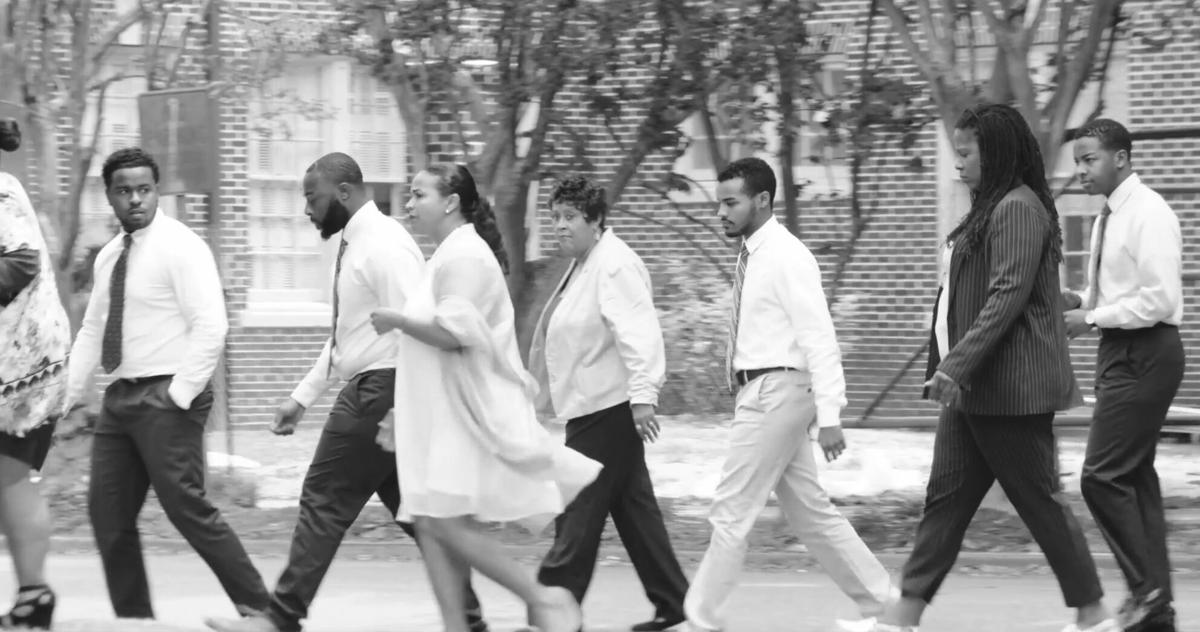 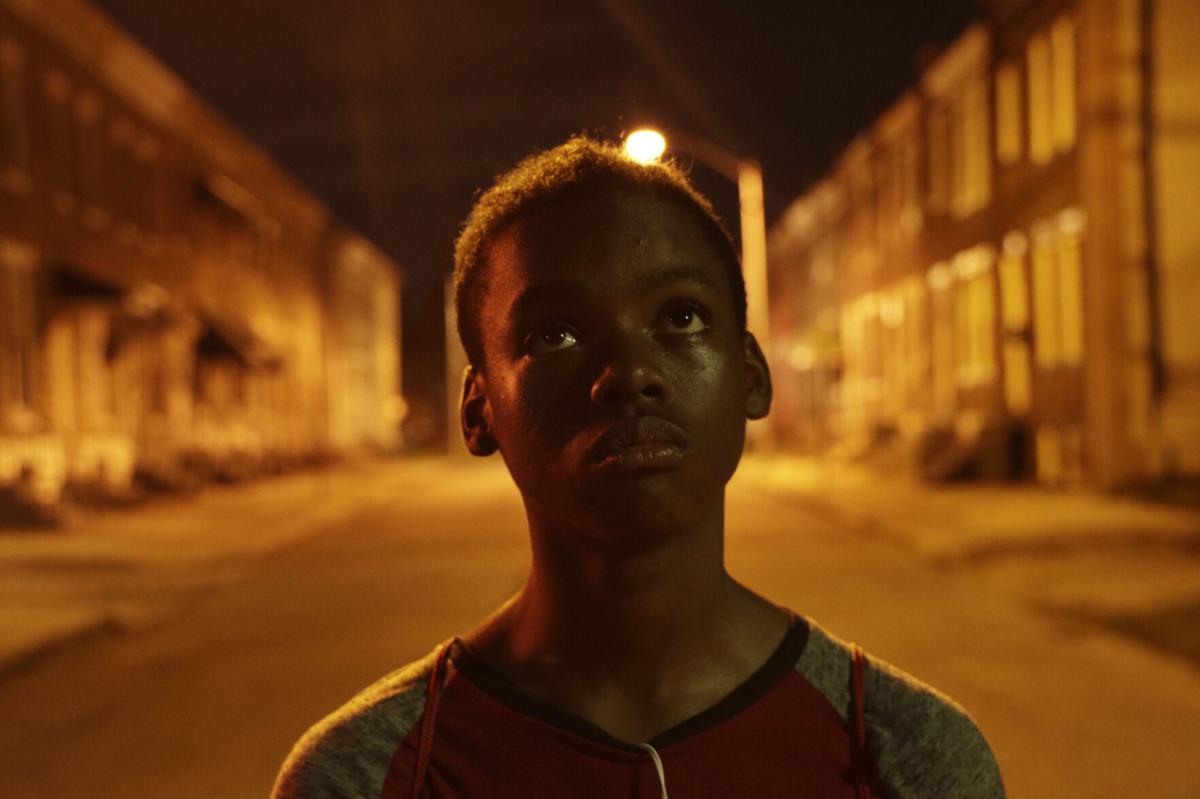 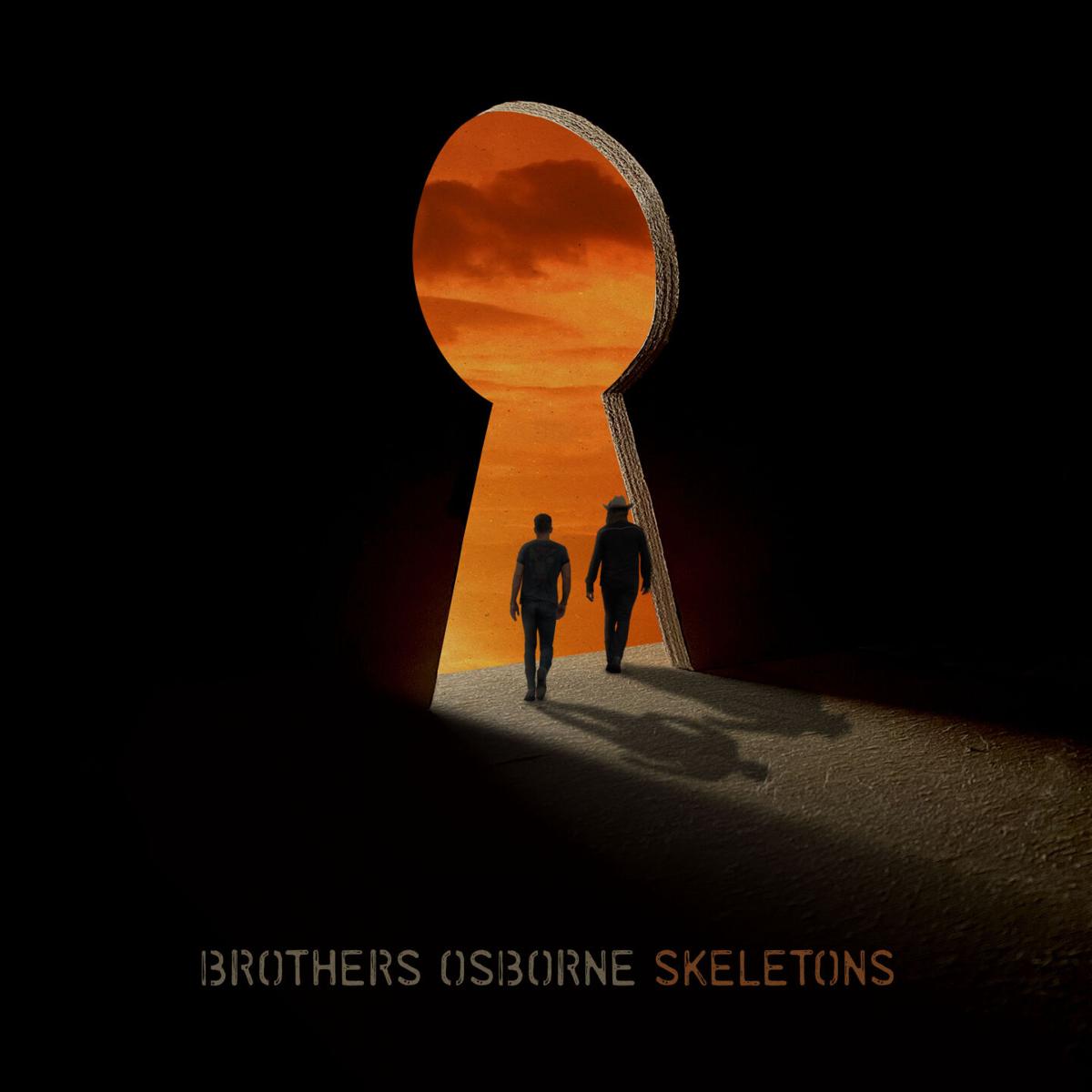 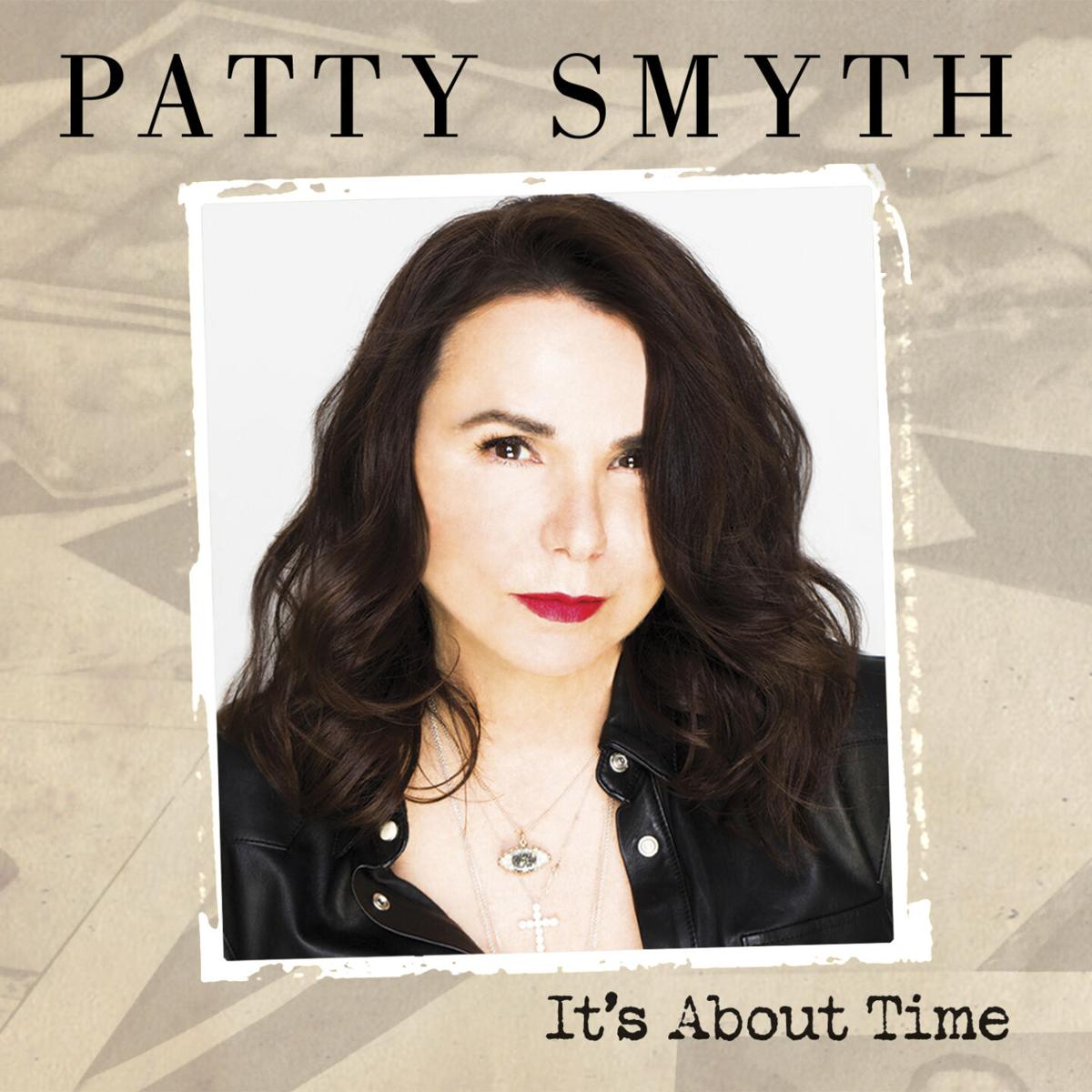 This cover image released by BMG shows "It's About Time" by Patty Smyth. (BMG via AP) 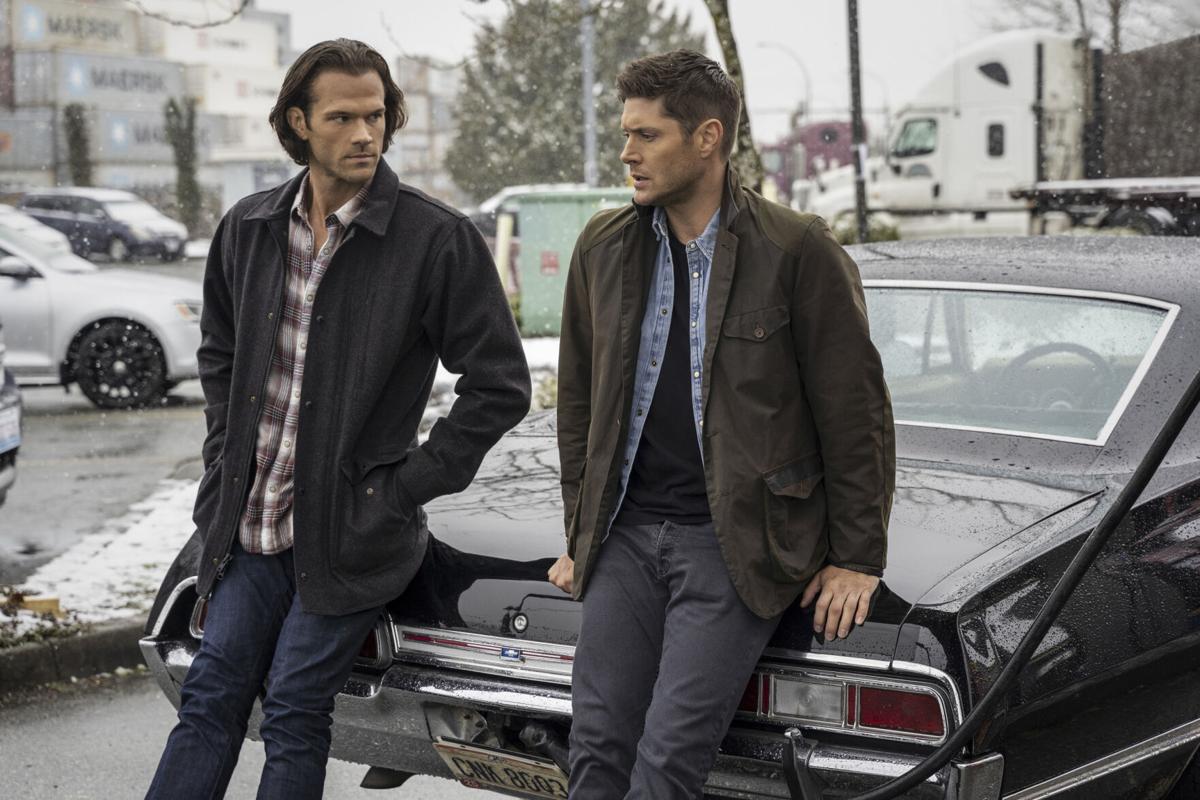 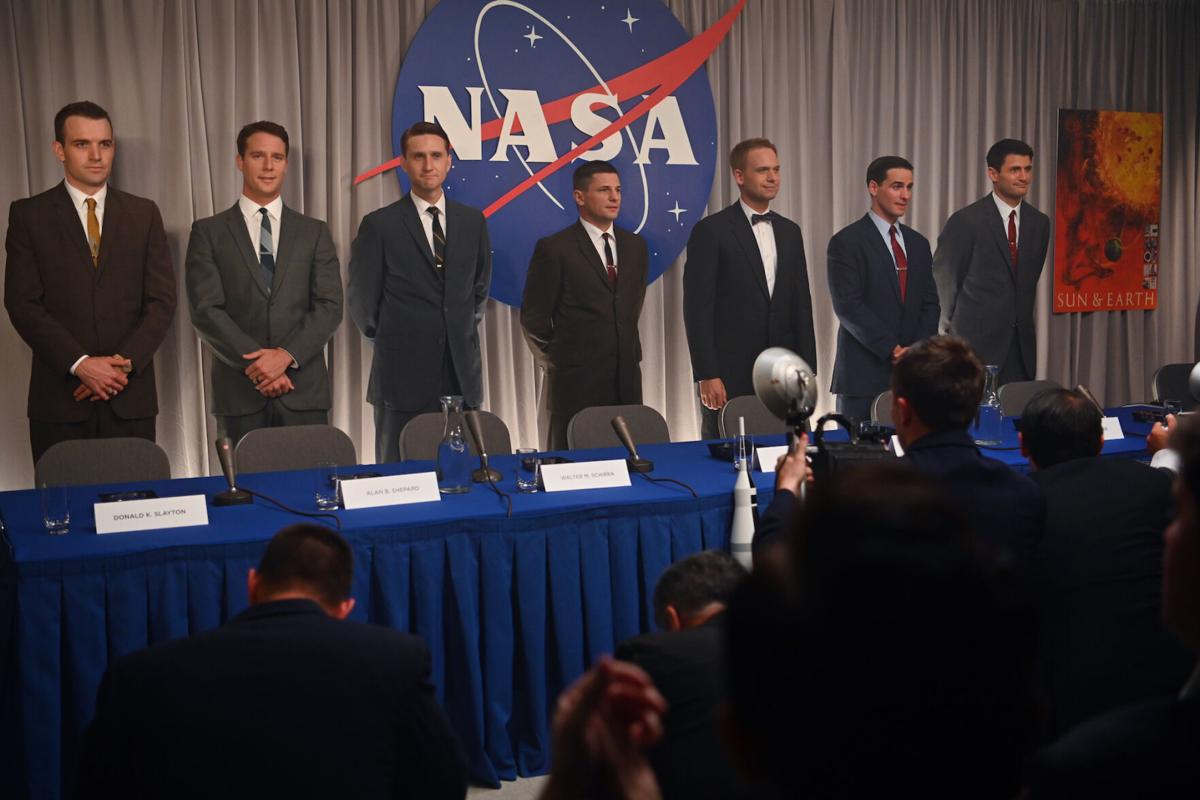