Music Historicity | A Life in Music: A Q&A with legendary Carbondale musician Robbie Stokes
0 comments
Share this
{{featured_button_text}}
1 of 2 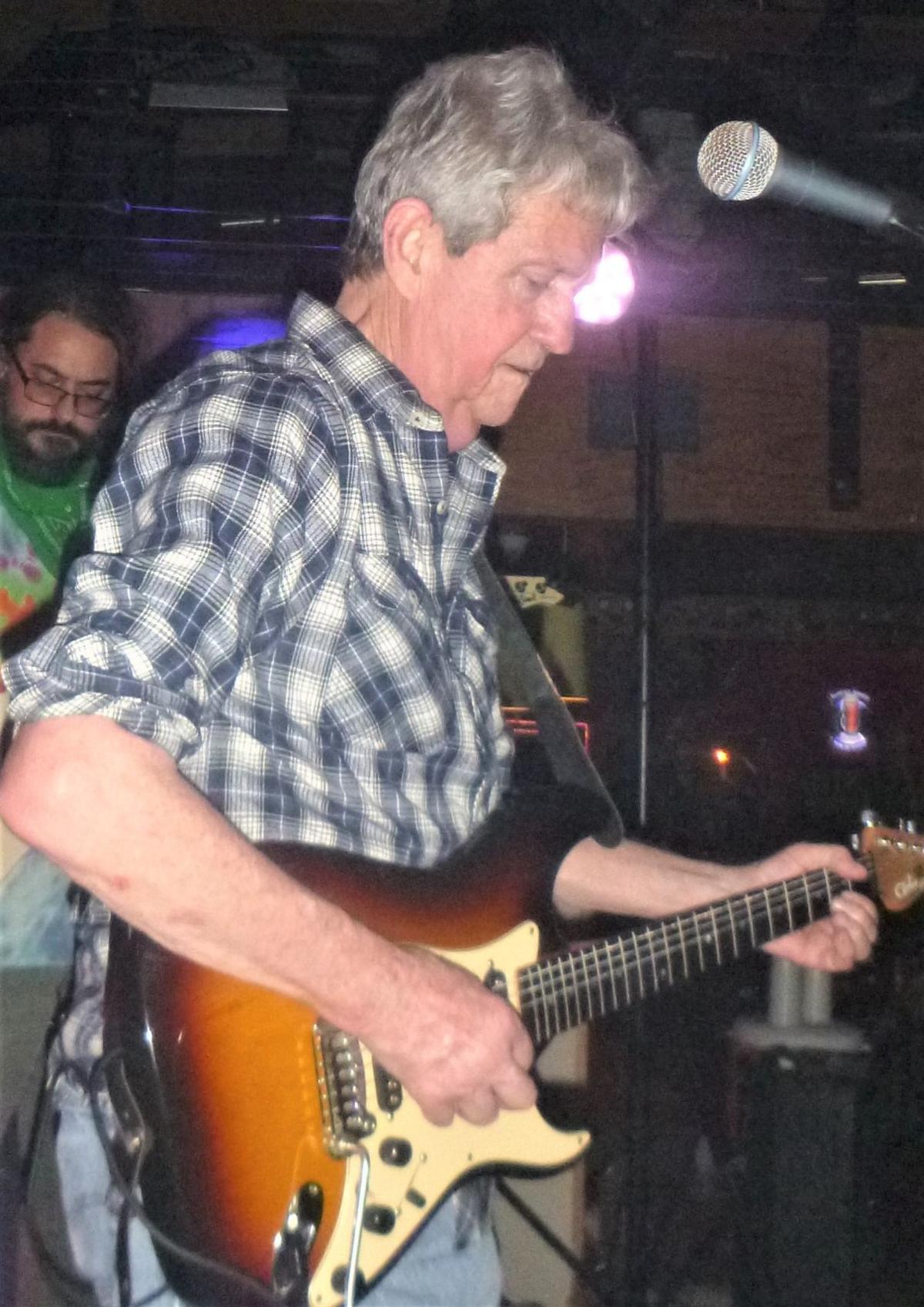 Robbie Stokes played lead guitar in his Grateful Dead cover band, Till the Morning Comes, on May 15 at Hangar 9 in Carbondale. 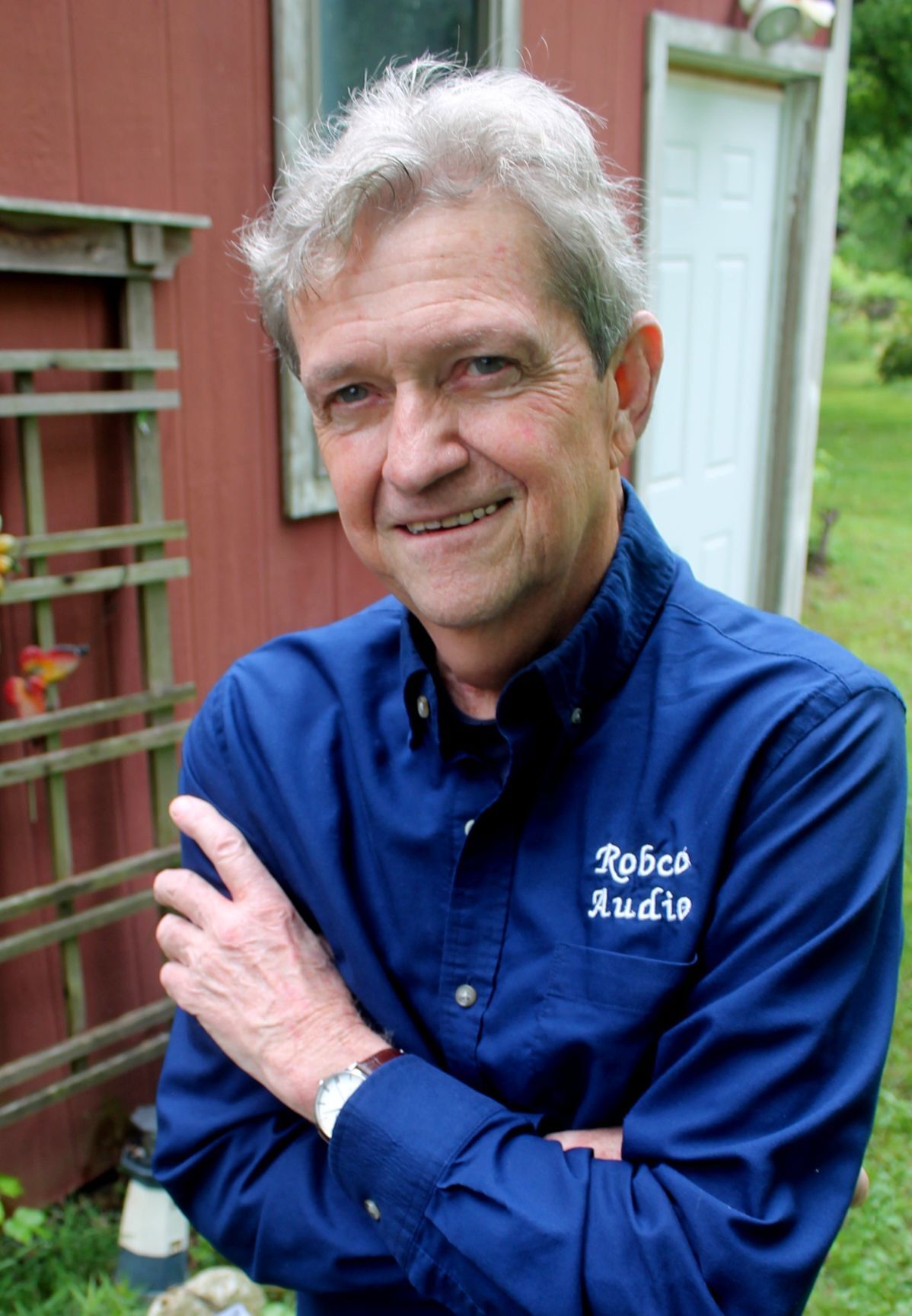 Carbondale native Robbie Stokes is the owner of Robco Audio.

It's safe to say that nearly all musicians passing through Southern Illinois, past and present, have heard the name Robbie Stokes.

The same can be said for numerous friends and music fans who are acquainted with the world-class musician, his warm smile, quick wit and savvy business acumen.

After 71 years of sound engineering and playing guitar from his Carbondale hometown to San Francisco, it's about time for Robbie's story to be told, albeit briefly, in a Music Historicity question and answer format.

Many readers recall that Robbie wrote one year of music memories in this very column prior to a medical diagnosis that had him take a leave of absence last August. He plans to publish those 49 weeks of stories into a new book, the details of which will be announced some time later this year.

But just why is Robbie known as well as he is?

Like any significant person in any profession, people take notice when someone simply is good at what he or she does. If you're one of the best architects in the area, your abilities become known and you garner accolades and awards. If you're an excellent professor and department head at a university med school, you earn the support and admiration of your students and fellow faculty.

A previous Music Historicity column offered a quiz on the aspects that define being a good band member, such as performance ability, equipment, personality and attire. Robbie excels in all these areas.

Although he's been a member of nearly two dozen bands, Robbie's most notable claim to fame is for performing on "Rolling Thunder," a solo album by Grateful Dead drummer and Rock and Roll Hall of Fame member Mickey Hart.

Since then, Robbie has been a mainstay in the Carbondale music scene, playing in well-known bands such as Four on the Floor, contributing to Jason Ringenberg's 2019 "Stand Tall" album and operating his own audio sound company, among many other accomplishments.

Gary Gibula: How old were you when you first began playing music?

Robbie Stokes: I've always been fascinated with music, ever since I can remember. My grandpa, Emil Fritze, played the piano. He and grandma had a Dixieland record by Mugsy Spanier & the Silver Dollar Boys that I wore out. At age 12, I'd been buying LPs and 45 rpm singles like "Little Diane," by Dion and the Belmonts, and "Do You Love Me," by the Contours. When the folk music Hootenanny craze hit, I prevailed on my parents for a cheap nylon string acoustic guitar and then a steel string. That got the ball rolling.

GG: What was the situation where you first performed music for people?

RS: I played at the old Lincoln School, which is now the site of the Carbondale Police Department. It was in the cafeteria with my first outfit, The Satellites. I was barely 13, I’d say.

RS: By age 14, we had a more serious band called The Counts. I was playing a Silvertone 3-pickup electric semi-hollow body guitar. We had gigs like playing on a flatbed truck parked at Murdale Shopping Center. Other than being a paperboy for the Southern Illinoisan, I'd always been just a musician. I took to it pretty quickly and even started teaching guitar. I bought Carnaby Street-influenced clothes with my gig money. By 1968, I was 18 and playing music in San Francisco. Explosive times!

GG: How did it happen that you moved to San Francisco?

RS: I had attended University High School, at Pulliam Hall, and our band, The Viscounts, had broken up. Psychedelia was just starting to hit the 'Dale. Along with Brett Champlin, it was a group idea for our new band, Devil's Kitchen, to move to San Francisco.

RS: I found San Fran idyllic and intellectually stimulating. We lived near Golden Gate Park and also in the famous Haight-Ashbury neighborhood. It was a wild place. We played the original Fillmore West Auditorium twice. Devil's Kitchen was something of the house band for a venue called the Family Dog at the Great Highway and we opened for many of the biggest groups of the day, including Taj Mahal, Jefferson Airplane, the Grateful Dead and many others. We also ran with a band called Frumious Bandersnatch, named after a character in the Lewis Carroll poem "Jabberwocky," which had a bass player who went on to form Journey.

RS: I didn’t yearn to go to Woodstock. But, as clear as day, I remember looking over at the Oakland Bay bridge one time and seeing a psychedelic-painted school bus with ‘Woodstock or Bust’ painted on the side, heading east!

GG: How did you meet Mickey Hart?

RS: I first saw Mickey at a Grateful Dead show at the old Armory in St. Louis, right before Devil's Kitchen left for San Francisco. About three years later, our road manager tipped me that Mickey was cutting his first solo record for Warner Brothers and could use my help. I drove up to his ranch and studio in northern Marin County. I rolled out of my Volvo with a guitar case as Mickey came out of the studio. I said, “hey, it’s that crazy drummer,” and he said, “hey, it’s that crazy guitar player,” and that’s how it happened.

GG: How did you come to start your own sound company?

RS: I started out mixing sound at Hangar 9 in 1984 and began providing extra gear like microphones, processing racks and subwoofers. Robco started the following year. I became a sound dude because I quickly found out that I could make a living and not have to travel for out-of-town band gigs.

GG: What are some of your other interests?

RS: I'm an aviation enthusiast, an astronomy nerd, a Cubs fan, a sports car geek and a literature buff.

GG: Lastly, what advice would you give young musicians out there?

RS: Stick to your guns, never give up and practice until you get blisters on your fingers!

Kim Kardashian is in a legal tussle over new brand name

May started on a positive note for local band U-Foria as they played a show at Shotgun Eddy’s in Eddyville to celebrate the grand opening of a new outdoor pavilion at the popular eatery in rural Pope County.

Scarlett Johansson is suing Walt Disney Co. over its streaming release of "Black Widow," saying it breached her contract and deprived her of potential earnings.

TOKYO (AP) — At an Olympics aiming to set the highest level of television standards, the head of broadcasting at the Tokyo Games is trying to banish overly sexualized images of female athletes.

ZZ Top bassist Dusty Hill dies in his sleep at 72

ZZ Top bassist Dusty Hill, one of the Texas blues rock trio's bearded figures, died at his Houston home, the band announced Wednesday. He was 72.

Ron Popeil, inventor and king of TV pitchmen, dies at 86

Robbie Stokes played lead guitar in his Grateful Dead cover band, Till the Morning Comes, on May 15 at Hangar 9 in Carbondale.

Carbondale native Robbie Stokes is the owner of Robco Audio.