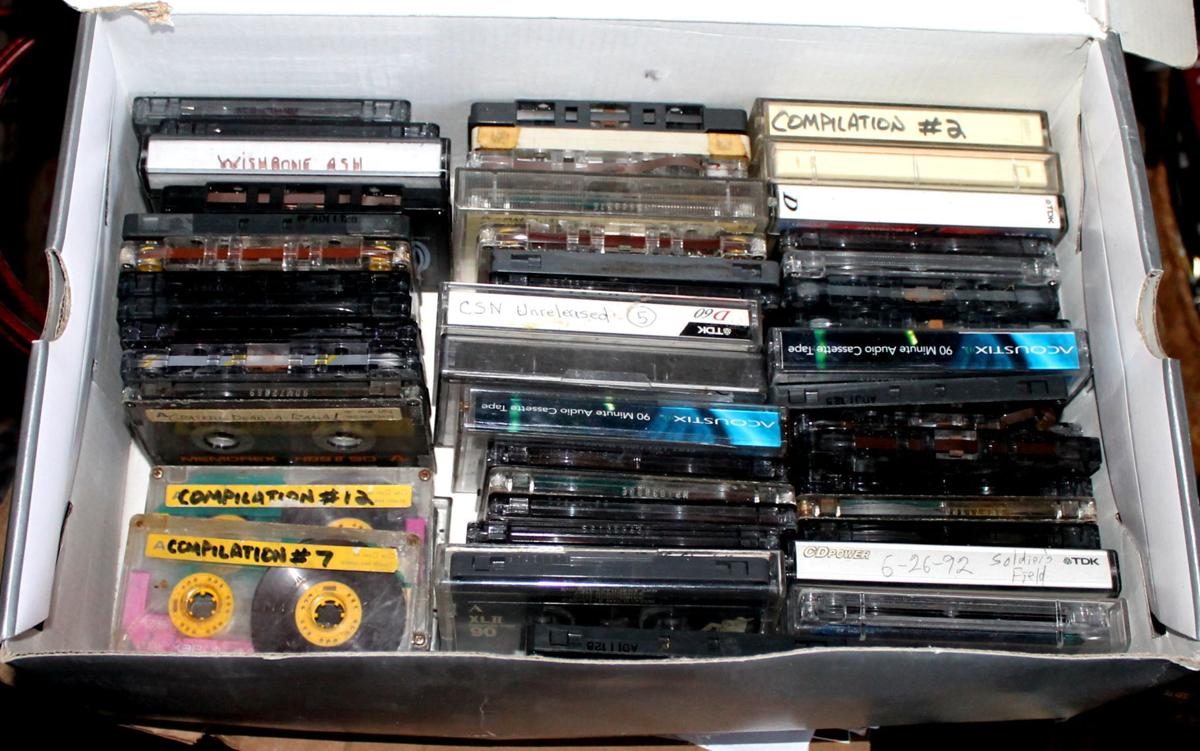 Many music listeners have a shoebox of cassette tapes in their closets. 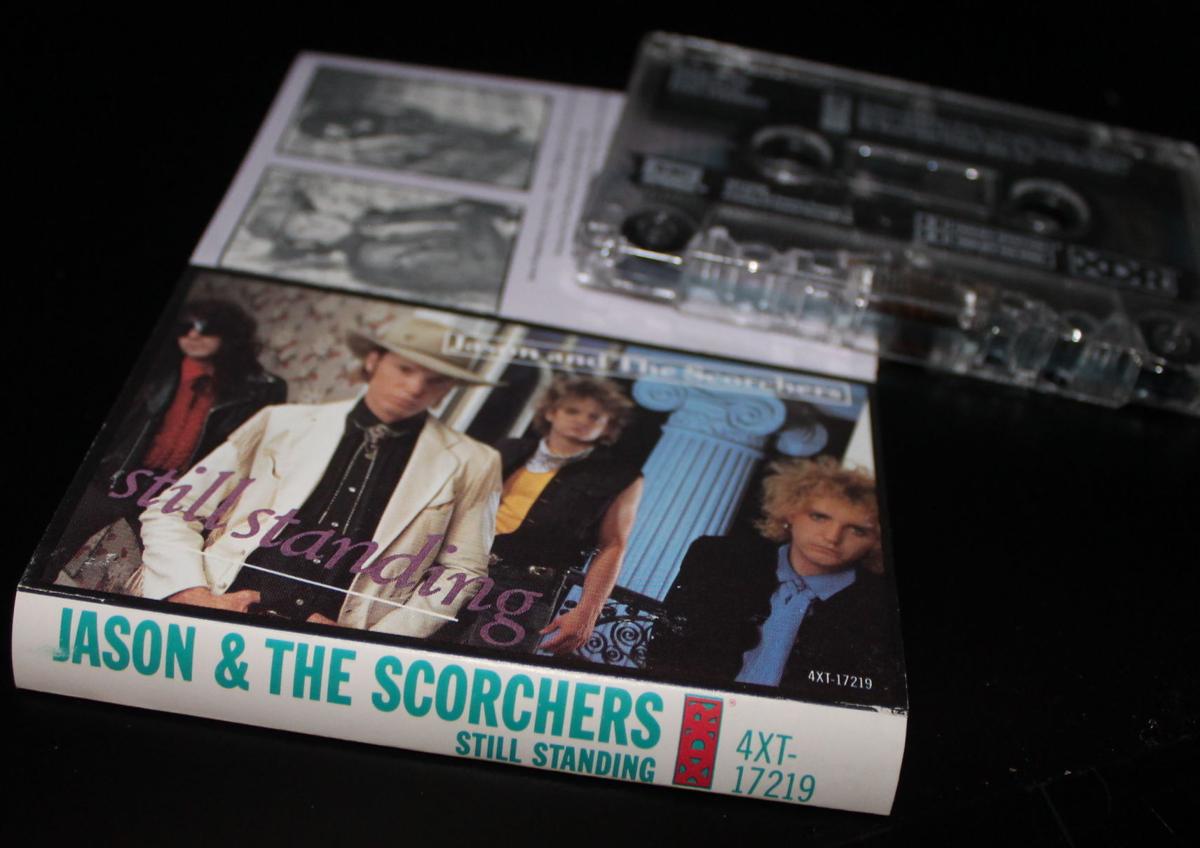 The 1986 Jason & the Scorchers "Still Standing" album was released on vinyl and cassette. It was rereleased in 2002 on CD. 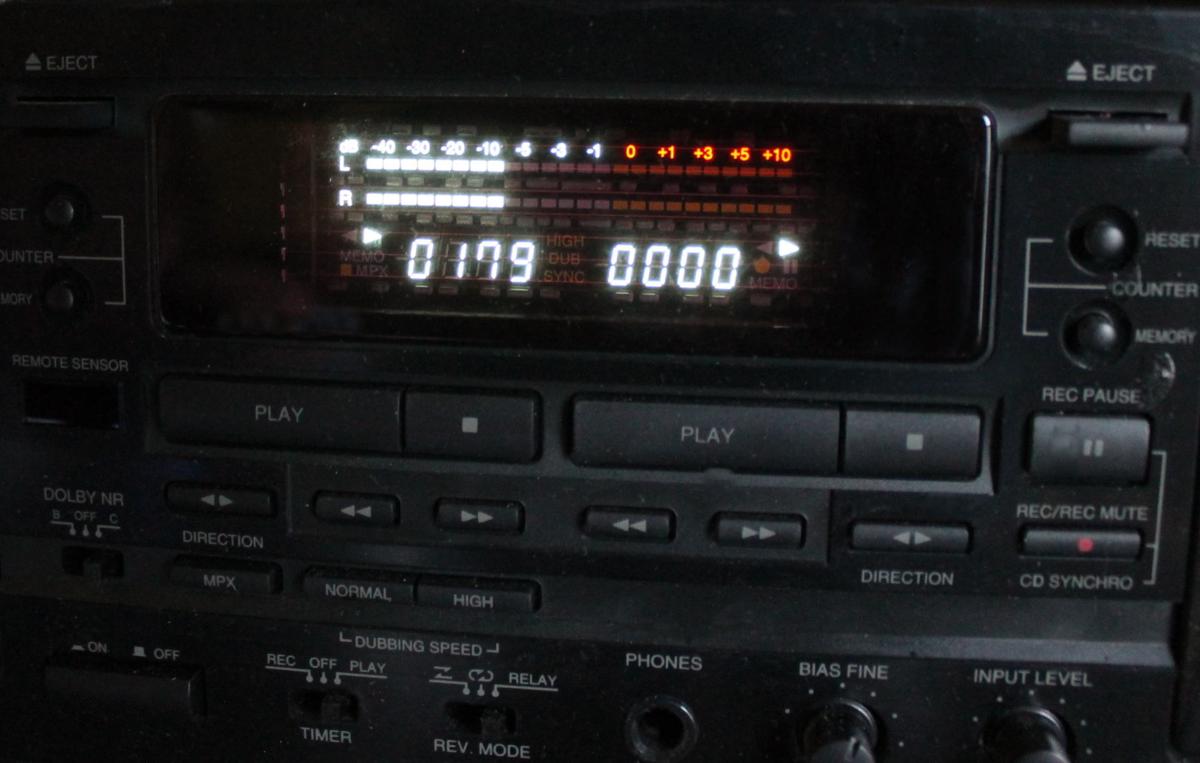 Audio cassette decks, like the one pictured above, are readily available on the internet and at retailers.

If you're like me, you're a music lover. You're old school but always trying to keep up with the latest, and you've got a shoebox filled with old audio cassette tapes.

In my case, I've got about eight shoeboxes of cassettes, most of them without a shell or album artwork label.

You may have delayed throwing away those old tapes — if not to at least gain an empty shoebox — for sentimental reasons.

But not so fast!

In case you haven't heard, the audio cassette tape format has been making a comeback of sorts over the past several years. In fact, cassettes never completely went away, as 8-track tapes did.

According to the most recent industry data available, nearly 220,000 albums on cassette tape were sold in the U.S. in 2018. Purchases have increased exponentially in each subsequent year.

Technical specifications prove that digital compact disks have better aural clarity than analog formats such as vinyl and cassette tape. For example, a CD has twice the signal to noise ratio of a cassette, which has inherent hiss. A cassette's dynamic range, or the ability for music to jump out between quiet and loud parts, is 30-to-40% less than digital.

Last month, this column examined the resurgence of vinyl records, equating much of the renewed popularity to a new generation of music listeners. So why is it that they prefer nostalgic analog formats?

"When you think about it, a lot of them are too young to have ever used vinyl or cassettes back in the day," said Max Senteney, local musician and founder of River to River Community Records. "So it can be argued that for them, vinyl and cassettes have a novel appeal, not a nostalgic one. They like it because it’s a new way of listening to music, not an old one."

Senteney said a cassette tape, like a vinyl album, is a tangible, physical representation of the music. It has artwork that can be held in your hand and is something more than what can only be appreciated digitally and on a computer screen.

The cassette craze may have been fueled by the 2014 "Guardians of the Galaxy" feature film, where part of the movie plot involves music played on a cassette tape player.

It's still a little early to place big bets on the cassette tape format, even though nearly a quarter million of them sold in a recent year. Compare that to the sales figures of major artists who moved far more vinyl records in a far shorter period of time.

"We have a small display case of used cassettes here for sale," said Marcus Lappin, owner of Plaza Records in Carbondale. "They're semi-popular, and I'd welcome a comeback for the format. I think they're cool."

Ian Barnhart, a manager at the Marion record store Hard Copies, said: "We have cassette tapes, but we just don't sell too many of them right now. We've got 'The Best of The Doors,' new on cassette, for $6 and the same album, used, on vinyl, for $25-30. Cassettes seem better for people who still want to experience that vintage sound but it's easier on the wallet."

Popular music artists today release their music in a variety of formats simultaneously. An album may be purchased as a digital download only, or it might be a compact disk that also includes a complimentary downloadable version.

Leading the way in recognizing the new generation of music buyers are artists who make available cassette tape versions of their latest album releases, including Lady Gaga, Billie Eilish, Jay-Z, The Weeknd, Selena Gomez, Ariana Grande, Taylor Swift, Fleetwood Mac, AC/DC and The Who, to name just a few.

Not surprisingly, the resurgence of cassette tape means that cassette players and recorders once again are readily available on the internet and at retailers. And let's not forget about the good old "boom box," some of which include a cassette player.

Senteney said his new record label highlighting Southern Illinois music will take advantage of the new appreciation for analog formats with the release of 7-inch vinyl records, beginning later this spring. He also will promote label doings in an upcoming new column here in this newspaper.

"There is no doubt that nostalgia sells," he said. "That’s always a good strategy to use when thinking about marketing and branding. I'm not sure if we'll offer cassette tape releases at first, but it's a future possibility."

A federal judge on Wednesday allowed former reality TV star Josh Duggar to be released as he awaits trial on charges that he downloaded and possessed child pornography.

Britney Spears slams the documentaries being made about her life

Britney Spears is tired of all the documentaries being made about her life, specifically when it comes to her court-ordered conservatorship.

Olympia Dukakis, actress of stage and screen and Oscar winner for 'Moonstruck,' dies at 89, her agent says.

NEW YORK (AP) — Olympia Dukakis, actress of stage and screen and Oscar winner for 'Moonstruck,' dies at 89, her agent says.

MILAN (AP) — The great-grandchildren of Guccio Gucci, who founded the luxury fashion house that bears his name a century ago in Florence, are appealing to filmmaker Ridley Scott to respect their family’s legacy in a new film that focuses on a sensational murder.

NEW YORK (AP) — Tony Award-winner Karen Olivo says she won’t return to “Moulin Rouge! The Musical” once it reopens, saying she's frustrated by the Broadway industry and especially the silence in the wake of revelations about the behavior of producer Scott Rudin.

'It is life-saving': Elliot Page opens up to Oprah about surgery

Actor Elliot Page is revealing how happier he feels after having top surgery and how important he believes it is to support health care for transgender people.

Many music listeners have a shoebox of cassette tapes in their closets.

The 1986 Jason & the Scorchers "Still Standing" album was released on vinyl and cassette. It was rereleased in 2002 on CD.

Audio cassette decks, like the one pictured above, are readily available on the internet and at retailers.