Father's Day is coming up this Sunday, and although you and Mom are down there in Vero Beach, Florida, I wanted to take this opportunity to thank you for everything you've done for me.

You taught me the proper way to mow a lawn, which was good preparation, I suppose, for three years of cutting grass at the golf course adjacent to our Orland Park subdivision. Sorry, but I can't explain how I ended up in journalism.

As most readers are aware, I'm also a musician, thanks to my music teacher mother.

With that background, I thought it appropriate and touching this week to look at the many family legacies in musical entertainment. I did a little research and found no fewer than 44 examples.

There are Paul and James McCartney; John, Julian and Sean Lennon; George and Dhani Harrison; and Ringo and Zak Starkey.

Crooner Frank Sinatra's daughter is actress and recording artist Nancy, best known for her 1966 hit song "These Boots Are Made for Walkin'".

Elvis Presley's daughter Lisa Marie is a singer who, interestingly, was once married to Michael Jackson as well as actor Nicholas Cage, for two years each.

From her second marriage, Priscilla Presley's son Navarone Garibaldi is a guitarist and lead singer in the Los Angeles-based rock band Them Guns.

In the world of rock, Jason Bonham, the son of late Led Zeppelin drummer John Bonham, bangs up a storm in reunions with surviving band members as well as other combos. The late Eddie Van Halen's son Wolfgang is a bassist; Carlos Santana's daughter Stella Santana is a singer; and Mick Jagger's son James is an actor and singer in a punk band.

David Crosby's biological son, James Raymond, was given up for adoption in 1962 but reunited with his father as an adult and has performed with his dad on stage and in the studio since 1997.

Ben Taylor, the son of singer-songwriters James Taylor and Carly Simon, has released several albums, one of them featuring his mother on backup vocals and actor-musician Kevin Bacon on bass.

The late Motown singer Marvin Gaye's daughter Nona is a recording artist, model and actress famous for her roles in both sequels in "The Matrix" series.

There are several examples of multiple children or even generations of successful musicians.

From multiple relationships, the late Bob Marley had 11 children, including sons Ziggy, Stephen and Damian, who carry on the reggae tradition.

The list of familiar family musician names might end there, but includes many others like Leonard and Adam Cohen; Billy Ray and Miley Cyrus; Tim and Jeff Buckley; Max and Jay Weinberg; Billie Joe, Joey, and Jakob Armstrong; and Enrique and Julio Iglesias.

Actor and rapper Will Smith, also known as the Fresh Prince, is father to musicians Jaden, Willow and Trey Smith.

But wait, there are even more musical families with whom you may not recognize.

The daughter of French singer-songwriter Serge Gainsbourg is actress and singer Charlotte Gainsbourg.

Gospel music husband and wife David and Delores Winans have daughters BeBe and CeCe carrying on the family tradition.

Finally, music producer and Rock and Roll Hall of Fame inductee Glynn Johns' son Ethan is a musician who waited until age 43 to record his first album.

There doubtlessly are many more examples of musical families throughout the years that I missed.

For me, it consists of my violin-playing grandfather, who immigrated from Poland, my pianist and career music educator mother Dorothy, and your humble narrator, still pluggin' away on guitar, bass and vocals.

Happy Father's Day to all!

Duchess of Sussex turns 40: A look at her style transformation

Duchess of Sussex turns 40: A look at her style transformation

Ben Affleck and Jennifer Lopez visited Italian jewelry store, but not for rings

Ben Affleck and Jennifer Lopez visited Italian jewelry store, but not for rings

Rapper Fetty Wap's 4-year-old daughter Lauren has died, according to a social media post by the child's mother over the weekend.

Pickett was on location in Idaho, filming a scene for his upcoming movie "Treasure Valley" when he died.

Kathy Griffin says she is undergoing surgery for lung cancer

"It's been a helluva four years, trying to get back to work, making you guys laugh and entertaining you, but I'm gonna be just fine," she wrote.

During the interview, Parton also revealed that she wished she could have performed "I Will Always Love You" with Houston.

Music Historicity | Musical 'tastes' — the relationship between food and music

In the realm of song titles that use musical metaphors, there are bushels and bushels that use an item of food with the sentiment being expressed. 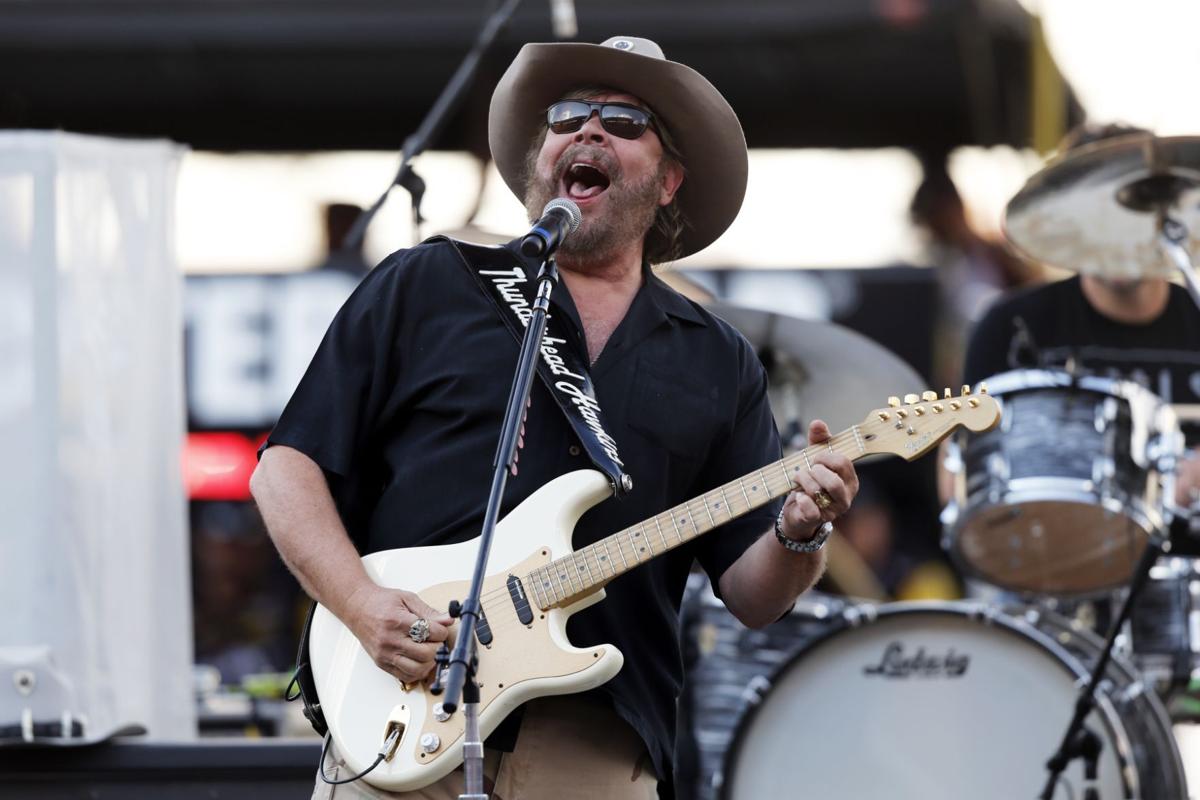 Hank Williams Jr. performs Saturday, Aug. 24, 2013, in Bristol, Tenn. He shares talented genes with his father, Hank Williams, and his son, Hank Williams III. They are among the many family legacies in musical entertainment.