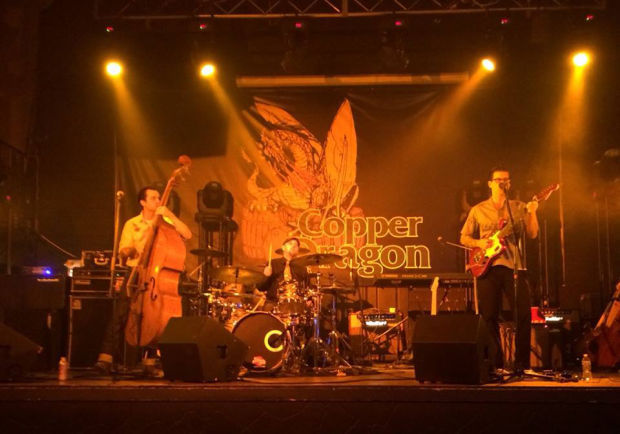 The Swamp Tigers perform at Copper Dragon in Carbondale. The now-closed club hosted a lot of big names in Carbondale over the years, including Eric Church and Florida Georgia Line, as well as local musical acts. 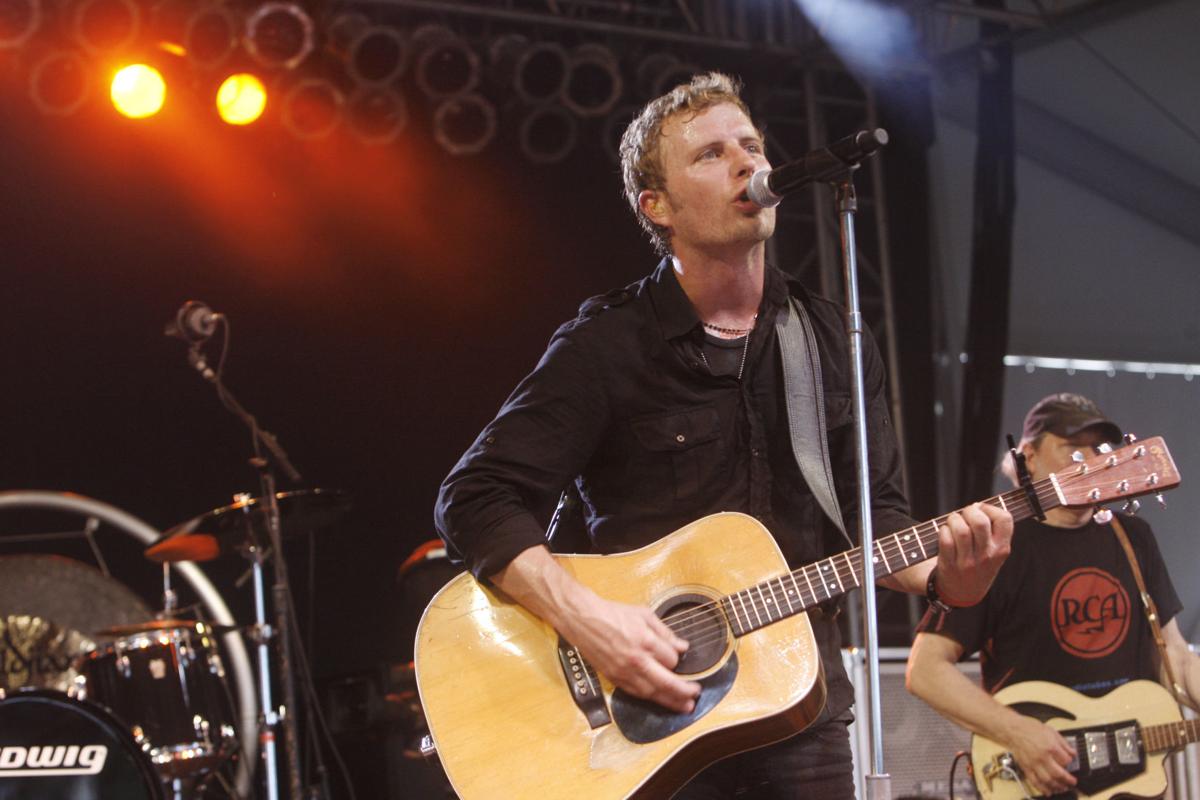 Dierks Bentley performs at the Bonnaroo music festival in 2007. He performed at Copper Dragon in Carbondale earlier that year, the concert that topped former Copper Dragon owner Jimmy Karayiannis' list of music moments at the venue.

Jimmy Karayiannis was all smiles when he hung up the phone. He had just received confirmation that Dierks Bentley would be making a return trip to the Copper Dragon in Carbondale.

Bentley had played the club in 2004, but it was when he was a virtual unknown on the national country music scene. This was 2007. The singer had won the prestigious Horizon Award from the Country Music Association, was a member of the Grand Ole Opry and had reached the top of the Billboard charts with five singles. He was a rising superstar, oozing with charisma.

“He was doing really big shows, but he liked coming back to the smaller clubs. There was just something he liked about our venue. It was nuts,” Karayiannis says. “When we announced the show, there was incredible interest. We sold out of tickets in eight minutes, a record for us. It was hands down the best country music concert ever held at the Copper Dragon.”

Initially, Karayiannis felt bad. His office was bombarded with requests from loyal patrons, but there was absolutely no seating available. Then, he caught a break.

A stipulation in Bentley’s contract required the venue to reserve 50 tickets for the artist. He only used 15 and just hours before the Feb. 3, 2008 event, suddenly and unexpectedly there were 35 highly coveted tickets available.

Karayiannis scrambled to get the tickets into the hands of “people beatin’ you up for tickets,” the longtime customers and the most persistent fans. The problem was, he was nowhere near Carbondale. He was more than 1,500 miles away, in Glendale, Arizona, preparing to watch the New York Giants upset the New England Patriots in Super Bowl XLII.

It was still several hours before kickoff, so Karayiannis ducked into a small room connected to the Budweiser hospitality suite and compiled the list. His frantic work petrified a nearby female staffer.

“She was terrified. She thought I was needing 35 tickets to the game,” he said.

The concert was phenomenal. I was one of the lucky ones that got to see the two-hour-plus show. The roar for songs like “Free and Easy (Down the Road I Go)” and “How am I Doin’” was deafening. The atmosphere was electric. He worked the audience into a frenzy with act-breaking single “What Was I Thinkin’” and little white tank tops rained onto the stage.

Karayiannis said there was a buzz at Pinch Penny for weeks about the quality of the performance.

After 47 years of operation, Monday was the last official day of business for Pinch Penny Pub and adjoining Copper Dragon. There was an invitation-only New Year’s Eve party and then the doors closed forever.

Karayiannis, owner of the now-shuttered pub and music venue, was urged to reminisce and rate the Top 5 country music concerts held at the Copper Dragon. Selecting No. 1 was easy, sorting out 2 through 5 was difficult.

No. 2 — Eric Church: Known for his high-energy shows, Church was selling out nearly every show on his Young & Wild Tour. Shortly before coming to the Copper Dragon, a problem was created when he stomped so hard on a New York stage that he broke his foot.

Confined to a center stage wooden stool, Church blasted through crowd favorites “Two Pink Lines,” “Hell on the Heart” and emotional “These Boots.” As the night progressed, he could not curb his enthusiasm. He eventually stood up and stomped rhythm with his good foot.

No. 3 — Florida Georgia Line: “They played here twice. I was driving back from playing golf in Evansville right before the first show when I got a call from their publicist, who scolded me for referring to them as Georgia Florida Line in an ad,” he recalled. “I wouldn’t have blamed them if they canceled the second show. They had blown up with 'Cruise,' but they honored the contract and put on a great show.”

No. 4 — Brantley Gilbert. Wearing a white T-shirt and jeans, he seemed like a regular dude, but David Lee Murphy had warned me that he was a songwriting monster. He proved it by inking “Dirt Road Anthem” and “My Kinda Party” for Jason Aldean. He originally released the tunes himself on Average Joes Entertainment. He changed country music forever when he started infusing rap into the genre.

No. 5 — Brothers Osborne. The instantly recognizable sound of these Maryland siblings is an unforced blend of traditional country and Americana that won them three consecutive CMAs for Vocal Group of the Year, starting in 2016, but they were just starting to find their sound with singles “Rum” and “Let’s Go There” when they took the Copper Dragon stage.

Picking the top five shows was a difficult chore for Karayiannis, who said solid candidates for honorable mention were Billy Currington, Junior Brown and Corey Smith.

Just being able to host major concerts on a site that was once a movie theater required a tremendous financial investment. A bigger sound system was purchased, the size of the stage was drastically increased and dressing rooms were added.

The secret to success was inking deals with acts “right before” their career ratcheted into high gear, but Karayiannis didn’t always knock it out of the park. He turned down contract offers on Miranda Lambert and Matchbox 20.

“Concert promotion is a high stakes game with a lot of headaches,” he says. “You don’t win every time, but I always had fun.”

With the footlights soon kicked out for the last time by a wrecking ball, the musical memories of the Copper Dragon will last forever.

Editor's Note: An earlier version of this story incorrectly stated that Southern Illinois Healthcare is buying the Pinch Penny Pub/Copper Dragon property. SIH did not buy the property.

Bon Jovi’s got a date at the Enterprise Center in downtown St. Louis — the band will perform on July 23 at the venue for the "Bon Jovi 2020 To…

Here's a look at Meat Loaf through the years. He's best known for the 1977 record "Bat Out of Hell" and a role in the "The Rocky Horror Picture Show."

Column | Robbie Stokes: Live sound is not for the faint-hearted

"The things that have happened to some of my sound gear over the years from weather and just random, dumb stuff will surprise you. Not for the faint-hearted," writes Robbie Stokes.

Lady Gaga will reportedly kick off her next album with her first solo sining in four years on February 7.

Springsteen shows up for son's swearing-in as firefighter

JERSEY CITY, NJ (AP) — Bruce Springsteen's son was sworn in Tuesday as a firefighter with the Jersey City Fire Department, along with 15 others.

Jazz music is somehow both dark and uplifting, like art — and life — in general, writes Robbie Stokes.

FORT WORTH, Texas (AP) — Meat Loaf has filed a lawsuit against a hotel at Dallas-Fort Worth International Airport and organizers of a horror convention held there, blaming them for negligence when he fell from a stage while answering questions from convention goers last May.

The Swamp Tigers perform at Copper Dragon in Carbondale. The now-closed club hosted a lot of big names in Carbondale over the years, including Eric Church and Florida Georgia Line, as well as local musical acts.

Dierks Bentley performs at the Bonnaroo music festival in 2007. He performed at Copper Dragon in Carbondale earlier that year, the concert that topped former Copper Dragon owner Jimmy Karayiannis' list of music moments at the venue.