Viewers will be anxiously waiting for the dramatic “aha” moment when they tune into the Country Music Association awards on Nov. 11. The knock-out punch could again be delivered by Tim McGraw, if he is allowed on stage to sing current single “I Called Mama.”

If so, it would be the follow-up to one of the greatest moments in CMA history.

McGraw was the CMA Male Vocalist of the Year in 1999 and 2000, then captured Entertainer of the Year in 2001, the holy grail for a country singer. His first awe-inspiring effort in front of a national television audience would happen three years later.

The backstory is of tremendous importance.

McGraw comes from a broken family. He was raised by his mother Elizabeth “Betty” D’Agostino and growing up thought his stepdad was his biological father. When he was 11, he found out his real dad was baseball star “Tug” McGraw, who had a brief affair with his mom in 1966, while she was still in high school.

A quality relief pitcher, “Tug” won a World Series title with the Philadelphia Phillies in 1980. He recorded the final out by striking out Willie Willson of the Kansas City Royals.

For a long time, “Tug” denied he was Tim’s father, but finally stepped up when Tim was 17. He had no idea his son would become a music superstar. They slowly built and nourished a relationship for two decades, during which Tim became a one of the most recognizable faces in music.

A healthy “Tug” was diagnosed with a brain tumor in 2004 and died nine months later. As a tribute to his struggle, Tim recorded a song suggesting how people should always live their life to the fullest. He emotionally delivered the jaw-dropping debut of “Live Like You Were Dying” at the 2004 CMAs.

The song topped the country charts for seven weeks.

“I have always been very family-oriented,” he said during a 2017 interview. “I came from a dysfunctional, broken family growing up, and its probably instilled in me the need and want to have a strong family and a great foundation. So, I think that is something that I naturally gravitated toward.”

McGraw is a devoted family man. He is married to singer Faith Hill, who basically sacrificed her career to raise the couple’s three daughters, Gracie, Maggie and Audrey.

Back in 1993, when he appeared at Coo-Coos nightclub in Carterville, he was just an inspiring talent that missed the Top 40 with his first three singles. He would break out with “Indian Outlaw” in 1994 and turn into one of the most prolific hit-makers in country music history.

His Hall of Fame-worthy body of work includes hits like: “Don’t Take the Girl,” “My Next Thirty Years,” “Just to See You Smile” and “The Cowboy in Me,” plus wedding standard “My Little Girl.”

Now 53, no one would’ve blamed McGraw for riding off into the sunset with his 43 No. 1 singles and eternal financial security. Why battle the tidal wave of new faces in a country music world that has turned towards a rap, hip-hop infused infused sound to appeal to a younger audience?

McGraw has proved he is up for the challenge. He is back on top of the country music world with a song about his other parent, “I Called Mama,” which reached No. 1 on the Billboard charts this week.

Released on May 26 as the lead-off single for “Here on Earth,” his 16th studio album and first since returning to Big Machine Records, “I Called Mama” was written by Marv Green, Jimmy Yeary and Lance Miller, a Fairfield native and former lead singer for local band Jackson Junction.

“Lance Miller sent me sort of an acoustic work tape and I loved it right off the bat. I loved the melody and I loved what it said. I wanted Faith to hear it, but I didn’t want her to hear the demo. I wanted to sing a little bit of it to her. It took me a minute to learn the first verse and chorus,” McGraw says. “I started singing it to her and every time I got to the ‘I called mama’ part, I would fall apart. I couldn’t finish it. I knew if the song did that to me consistently, I should give it a shot in the studio.”

McGraw called the tune “a quintessential country song in so many different ways. It says so much more than just what the lyrics says. The broad scope of the song, every word, there are volumes around it.”

He was particularly impressed with the picture painted by the line, “I can always hear her smile when I call.” In a few simple words, it captures all the emotions a person feels about their mother.

The “I Called Mama” video has more than 2 million YouTube views. Not overly produced, the stark video looks like a constantly flowing pencil drawing with lyrics appearing as it moves from scene to scene. 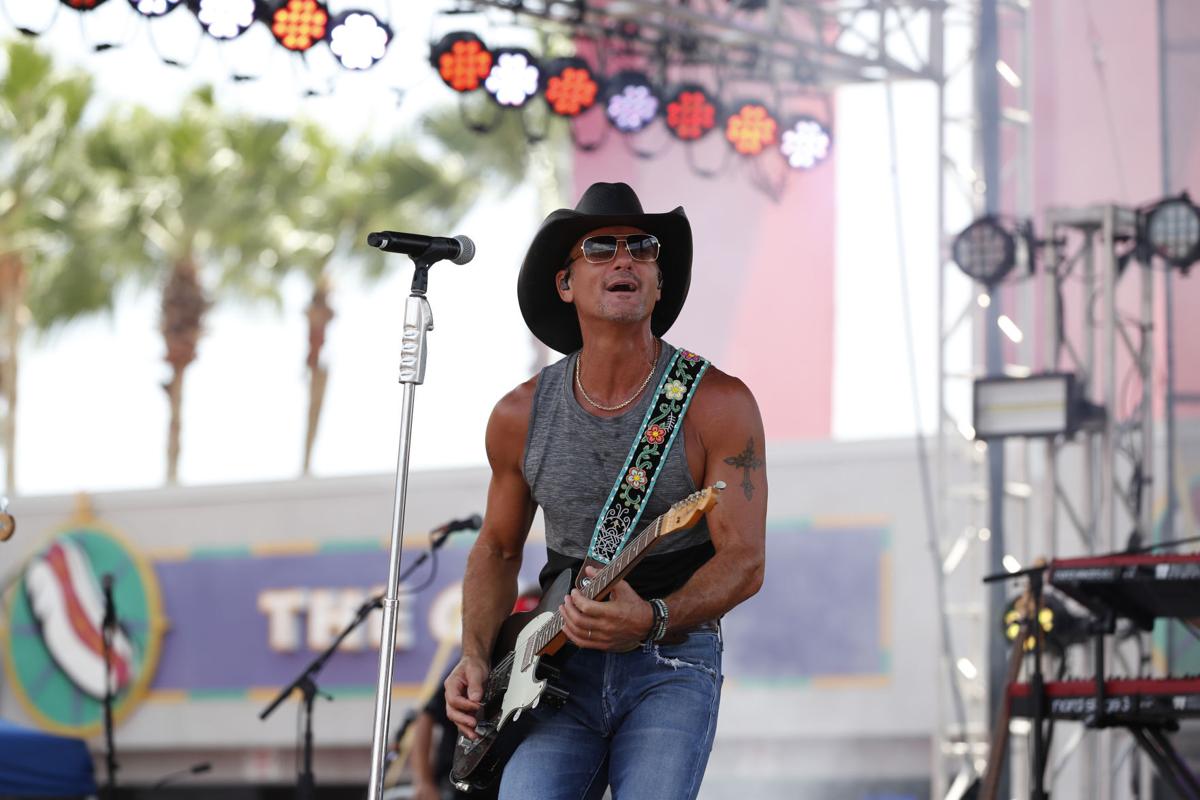