It was a weird feeling last year when motorists were able to drive around the Hamilton County Courthouse Square the entire month of September.

For the past 50 years, one weekend in September had always been reserved for the McLeansboro Fall Festival, when the square is cordoned off to vehicle traffic and the courthouse lawn is filled with vendors and food trucks.

And coming from the stage erected on the west side street, outstanding gospel and country music would always fill the air.

The COVID-19 pandemic erased all the fun in 2020, so organizers for the 2021 edition of the McLeansboro Fall Festival responded by constructing its best lineup ever. All three major acts have instantly recognizable names and have pummeled the charts with a relentless barrage of radio hits.

The schedule includes Ricky Skaggs & Kentucky Thunder on Sept. 9, the Nitty Gritty Dirt Band on Sept. 10 and Exile on Sept. 11.

Opening acts and show times will be announced at a later date.

All shows are free to the public.  Those planning to attend should bring lawn chairs for seating.

The 66-year old Skaggs has won an amazing 15 Grammy Awards during his historic career as a trailblazer in gospel, bluegrass and country music.

A native of Cordell, Ky., he appeared on stage with Bill Monroe at the tender age of six and the next year was on television with Flatt & Scruggs. The child prodigy dropped out of high school to team with close friend Keith Whitley and join the famous band of Ralph Stanley. Skaggs played on a 1975 groundbreaking record with J.D. Crowe & The New South, before leading his own band Boone Creek.

Skaggs switched gears and became a country singer in 1980, reaching No. 1 with 12 of his first 16 singles, including fan favorites like: “Honey (Open That Door),” “Cajun Moon,” “Crying My Heart Out Over You” and “Don’t Cheat In Our Hometown.”

He won Male Vocalist of the Year and the Horizon Award from the Country Music Association in 1982, the same year he was invited to join the Grand Ole Opry. In 1985, he was named the CMA’s Entertainer of the Year.

In 1997, Skaggs returned to bluegrass by forming Skaggs Family Records and releasing 12 consecutive albums that have been nominated for Grammy Awards.

Playing its first gig as a Southern California jug band in 1966, the Nitty Gritty Dirt Band developed into a driving force on the country-rock scene by 1969 and established themselves as major hit makers with the Jerry Jeff Walker penned “Mr. Bojangles.”

NGDB was productive on the country charts for nearly two decades, releasing 16 singles that broke into the Top 10, including the trio of No. 1 hits “Fishin’  In The Dark,” “Modern Day Romance” and “Long Hard Road (The Sharecropper’s Dream).”

The band is best known for exceptional instrumentation and bringing together the pioneering superstars of country music to record the brilliant masterpiece “Will The Circle Be UnBroken” album. The project received contributions from Mother Maybelle Carter, Earl Scruggs, Doc Watson, Merle Travis, Vassar Clements and Roy Acuff.

Long-time members Jeff Hanna (guitar), Bob Carpenter (keyboards) and Jimmie McFadden (drum) remain with the popular band that will resume a heavy tour schedule in mid-August. They are joined by a cast of new members that keep the sound tight and the music fresh.

"It's like when you throw a couple puppies into a pen with a bunch of old dogs. All the sudden, the old dogs start playing, you know? That’s kind of what happened to us,” Hanna says. “The basic vibe is so up and positive. The new guys are encouraging us to take more chances. It has opened a lot of doors for us musically.”

Exile was one of the most productive bands in the history of country music after signing with Epic Records and debuting with lukewarm debut single “High Cost Of Living” in 1983, which failed to crack the Billboard Top 20.

After that, the group caught fire and hit the No. 1 position with 10 of its next 12 releases. The incredible chart domination included stellar hits like: “Give Me One More Chance,” “Hang On To Your Heart,” “It’ll Be Me,” “Can’t Get Close Enough” and “Crazy For Your Love.”

Formed in 1963 to play small Richmond, Ky. clubs, the destiny of the band changed forever in 1978 with the release of rock classic “Kiss You All Over,” switch topped the pop charts four weeks and reached No. 1 in three other countries.

However, after making several personnel changes, the group made a smooth transition to the country genre. A genuine self-contained unit, the five-piece ensemble wrote their own songs and played on their impressive run of 12 studio albums.

After decades of odd configurations of the famous band touring under the Exile name, the original fivesome from their glory hit-making days reformed in 2008.

These members are: J.P. Pennington, Les Taylor, Sonny LeMaire, Marlon Hargis and Steve Goetzman. Lead singer Pennington is the only remaining member from the 1963 Exile. originally known as the Fascinations.

Become a member of The Southern and support local journalism. Get a digital subscription at $3 for your first three months. Learn more here.

Prince William reminisces over 'giggles' at Christmas with the family

Prince William reminisces over 'giggles' at Christmas with the family

Florence Pugh takes to Instagram to explain why she recently fainted

Florence Pugh takes to Instagram to explain why she recently fainted 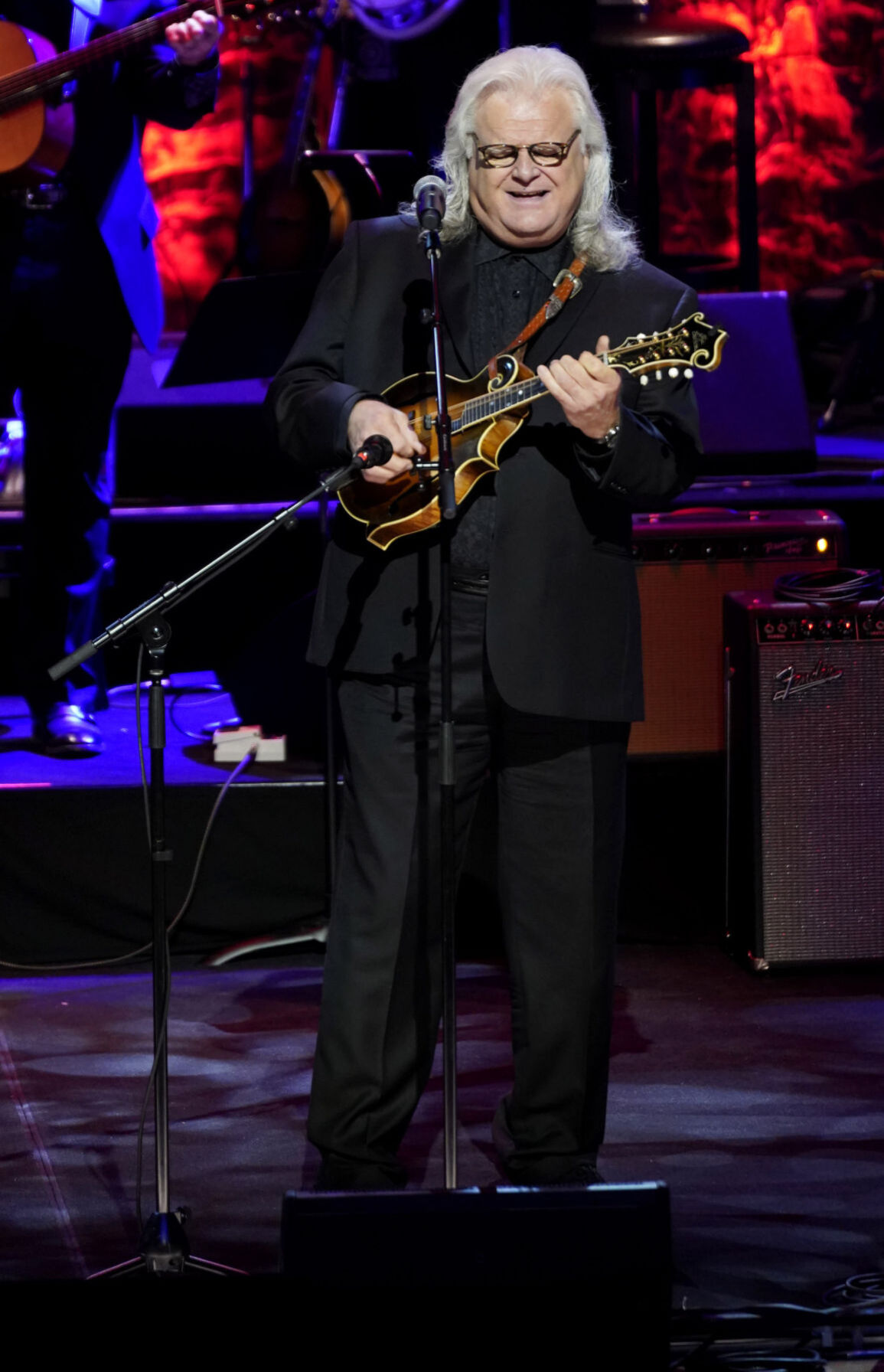 Ricky Skaggs performs during the 2019 Medallion Ceremony at the Country Music Hall of Fame and Museum on Sunday, Oct 20, 2019 in Nashville, Tenn.