Please log in to keep reading.
Enjoy unlimited articles at one of our lowest prices ever.
Return to homepage ×

Please subscribe to keep reading. You can cancel at any time.
Already a subscriber?
Log in or Activate your account.
Loading&hellp
No thanks, return to homepage.
You have permission to edit this article.
Edit 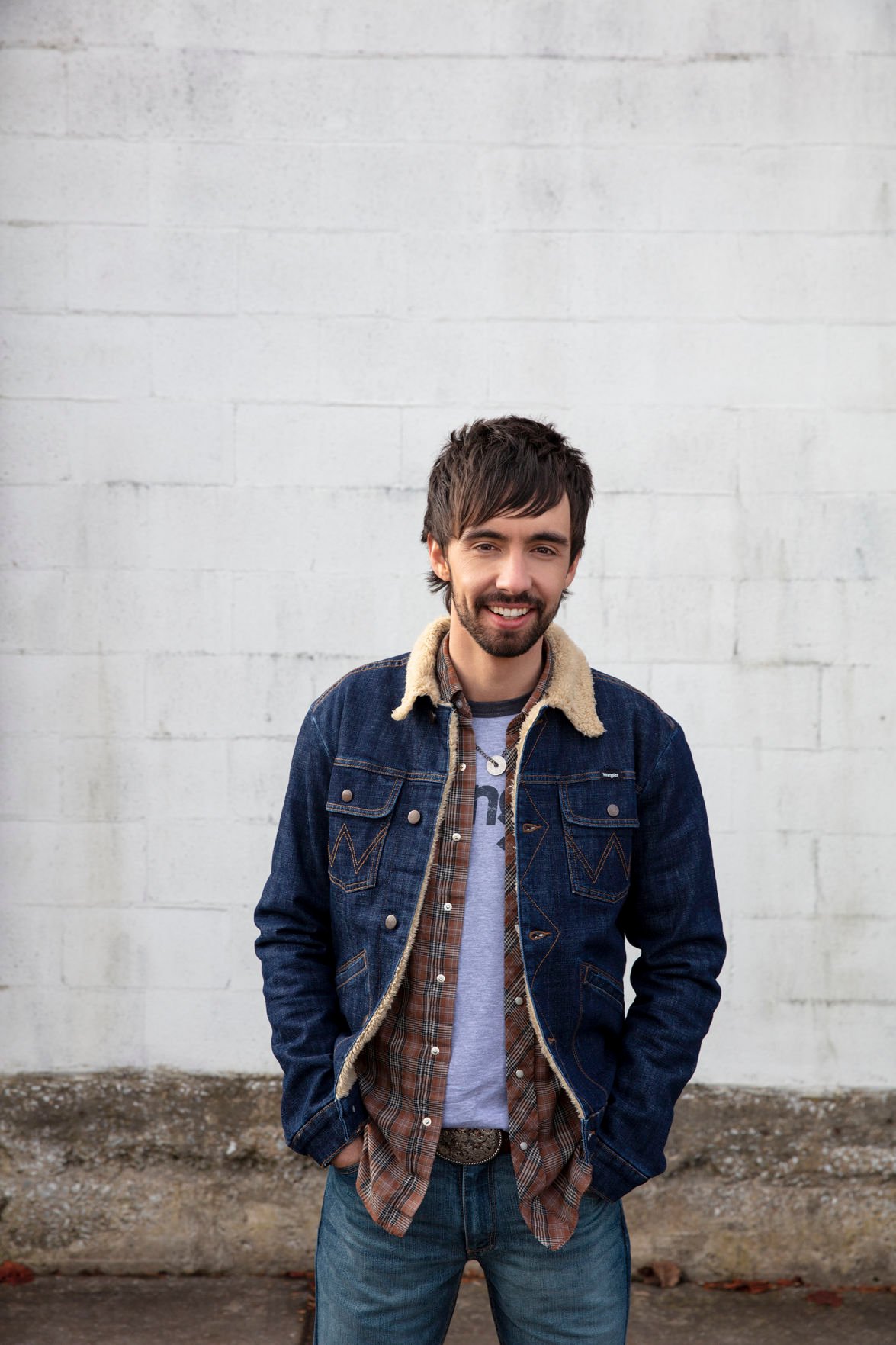 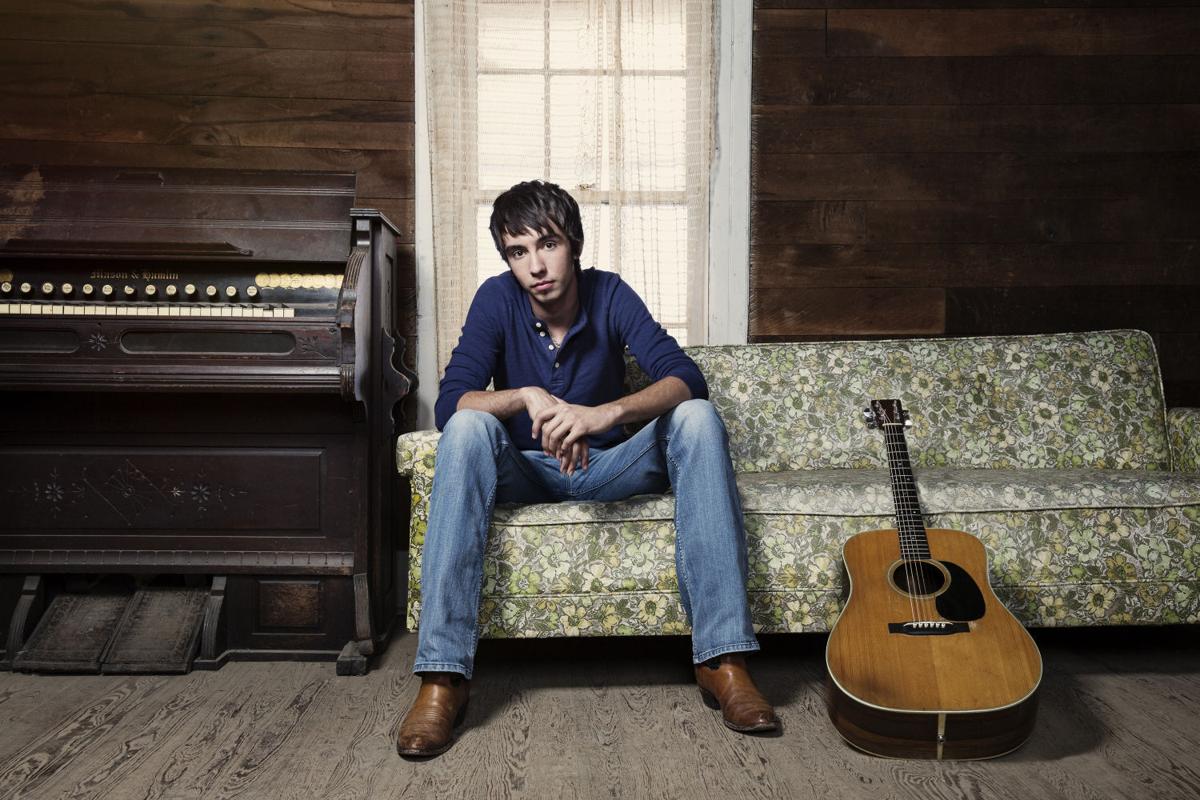 Marion Cultural and Civic Center kicks off a series of free concerts with a performance by Mo Pitney. 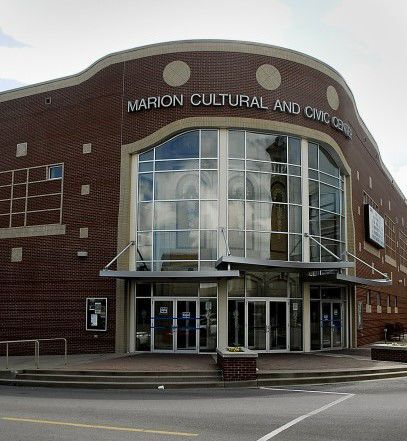 The Marion Cultural and Civic Center, located in Tower Square, is welcoming country fans back post-pandemic with a series of three free concerts that lead up to a July 8 concert by Joe Nichols.

VINCE HOFFARD For The Southern

MARION — Driving around the Marion Tower Square during the COVID-19 pandemic was especially depressing for a music fan.

With each trip through the familiar circle, your eyes would be momentarily fixated on the majestic Marion Cultural & Civic Center and its electronic billboard that depressingly flashed an ominous “closed until further notice” message.

The building is famous for bringing music of all genres for Southern Illinois fans to enjoy. Top gospel entertainers have performed at the site for decades and a charity series organized by J.R. Russell of Goreville featured rock legends, including superstar Peter Frampton. Country music also echoed through the acoustically perfect venue on a regular basis.

However, government regulations had shut down the landmark for more than a year.

Now that all restrictions limiting crowd sizes have been lifted, the civic center is welcoming its country fans back with a series of three free concerts that leads up to a July 8 concert by Joe Nichols, with tickets currently on sale at marionccc.com.

The free series kicks off tonight with performances by Mo Pitney and Dillon Carmichael, followed by King Calaway and Trea Landon on Sunday, with Teddy Robb and Emily Hackett polishing off the series on July 1.

“We are so excited to get back to live music again,” says Marion Cultural & Civic Center Executive Director Josh Benson. “We have put together a package that should attract fans of all ages. The shows are absolutely free and no ticket is necessary for admission.”

Pitney took the traditional country music world by storm in 2014 with his debut single “Country.” His rich baritone voice and easy to understand lyrics were a throwback to the days of Merle Haggard and George Jones. It appeared the honky tonk torch was being passed from George Strait to the Rockford native, who a few years ago married Emily Bankester from the powerhouse Carbondale bluegrass band The Bankesters.

In 2020, Pitney released his second studio album for Curb Records, “Ain’t Looking Back,” which has spawned singles “Ain’t Bad For A Good Ol’ Boy” and “Local Honey.”

Carmichael is riding high coming into Marion with his debut album, “Hell On An Angel,” produced by Dave Cobb, whose studio wizardry simultaneously launched the careers of Chris Stapleton, Sturgill Simpson and Jason Isbell, forever changing the American music landscape.

The 25-year old native of Burgin, Kentucky, has been saturated with top-notch musical influences since birth. His father performed in Southern Gospel quartets, his mother was a popular Eastern Kentucky singer and his uncles are country music stars John Michael and Eddie Montgomery.

Moving to Music City when he was 18, Carmichael says he made each career decision by simply asking “What Would Hank Do?” Eventually his creed turned into the first single he cut in the studio with Cobb.

“When I got to Nashville, I wasn’t exactly sure who I was or what I wanted to say with my songs,” Carmichael says. “I found myself jokingly asking what Hank would do, and I let that guide me because the answer always pointed towards the truth. Recording that song put me in the zone to be honest for the rest of the album.”

Hank, of course, is a reference to the undisputed king of country music Hank Williams, the voice behind timeless classics like “Your Cheatin’ Heart,” “Lovesick Blues” and “Hey, Good Lookin’.” He refused to comply with Nashville’s traditions and blazed his own trail to immortality.

The five-member King Calaway band has made several appearance on the Grand Ole Opry and late night television talk shows, plus the TODAY show and The Kelly Clarkson Show. Signed to Stoney Creek Records, they released debut studio album “Rivers” and first single “World For Two” in 2019.

Landon built a solid fan base on the Georgia club scene before migrating to Nashville when was 21 and within a month had a publishing deal. Over the past five years, he has continued to win over fans with tunes like “Wrong Truck,” “Dirt Road Dancin’” and “Loved By A Country Boy.”

Converted to country music as a teenager by George Strait’s “Troubadour,” Robb developed his craft in the mountains of Colorado, then in Nashville, where he signed with Monument Records in 2018. He released a five-song EP in 2020 that has received over 80 million social media streams. Debut single “Really Shouldn’t Drink Around You” was written by Shane McAnally, Josh Osbourne and Trevor Rosen.

Hackett was part of CMT’s 2019 “Next Women of Country Music” class and her debut album was critically acclaimed by Rolling Stone for gems “Nostalgia” and “Good Intentions.” Raised on the outskirts of Atlanta, she was turned on to music by her father’s vast music collection. After attending Belmont University, she earned an internship at Big Machine Records and displayed her songwriting talent by inking “Take My Hand,” an instant wedding favorite with over 24 million YouTube views.

Alanis Morissette is not supporting the documentary film about her life

Alanis Morissette is not supporting the documentary film about her life

As COVID-19 rates dip, parents demand that masks be optional for students next fall

After Illinois launched phase five of its COVID-19 reopening plan earlier this month, Wilmette resident Ted Dabrowski enjoyed a jubilant dinner with family and friends at a North Shore restaurant — a celebration that epitomized his long-awaited return to normalcy.

The forced closure of a southwestern Illinois coal plant is off the table for now after lawmakers.

Here's how these Southern Illinois communities are celebrating Juneteenth

Carbondale and Marion both are hosting a variety of activities and observations in celebration of Juneteenth, commemorating the freedom of slaves brought about by the Emancipation Proclamation. Juneteenth will become a federal holiday in 2022, celebrated each June 19.

A program to provide positive role models and guidance for area youth kicks off next week with a virtual gathering of Southern Illinois teens and mentors.

Marion Cultural and Civic Center kicks off a series of free concerts with a performance by Mo Pitney.

The Marion Cultural and Civic Center, located in Tower Square, is welcoming country fans back post-pandemic with a series of three free concerts that lead up to a July 8 concert by Joe Nichols.