Irreconcilable differences is a term used when people can no longer get along in a relationship that has deteriorated from simply not getting along to rage, hatred and disgust. The festering wound creates a wall so high that the two sides will fight over the simplest issue.

Maybe not to this extreme, but the concept could be used to describe the past state of affairs between William Michael Morgan and major record label Warner Bros. Nashville.

The Vicksburg, Mississippi native was hailed as the next George Strait when he signed with Warner Bros. and released debut single “I Met a Girl” in 2015. The tune climbed all the way to No. 2 on the Billboard Singles Chart.

The partnership seemed like it would flourish as Morgan’s first album, “Vinyl,” reached No. 5 on Billboard.

As it turns out, despite displaying a flawless timbre in a voice critically acclaimed through the industry, Morgan was playing a game he couldn’t win. The cards were stacked against him as “new” country radio was catering to clientele with a hip-hop vibe or rock ‘n’ roll sound.

Morgan wasn’t the slightest bit interested in changing from his hardcore traditional roots to please the Music Row establishment. As a result, he parted ways with Warner Bros. in early 2019 and is plotting a new course in an entertainment world ravaged by the coronavirus pandemic.

The 27-year-old hit-maker who toured nationally with Alan Jackson in 2019 will be appearing at 5 p.m. Sept. 19 at Honker Hill Winery, which is surrounded by the Crab Orchard National Wildlife Refuge and Shawnee National Forrest at 4861 Spillway Road in rural Carbondale.

Patrons are urged to bring lawn chairs. There will be limited $25 premium seating available next to the stage. Coolers are prohibited. Refreshments will be available on grounds. Food will be available from the phenomenal Blazing Trails Texas BBQ Truck.

Doors open at 11 a.m. Music starts at 2 p.m. with a performance by local singers Dave Clark and Eli Tellor, a pair of perennial favorites at the winery.

Tellor performed on the stage of the Ryman Auditorium in 2014, when he advanced all the way to the national finals of popular talent search Country Showdown. The 30-year-old Makanda native has been active on the Southern Illinois club scene more than half his life.

Clark started working with his family gospel band as a teenager, then made the transition to country music. He is a seasoned performer, fronting several bands through the years, from Crenshaw Crossing to The Deplorables. Recently turning 50, Clark has been lead vocalist for Jackson Junction for many years and keeps a full schedule of solo shows.

Opening for Morgan will be Beaumont, Texas product Reagan Woodside. He has been knocking on doors in Music City for a couple years, paying his dues and waiting for his big break. He is a rock-solid honky-tonker and demonstrates it on single “One World,” which includes a healthy dose of fiddle — an instrument sadly missing on today’s country hit parade.

Morgan has bolstered his resume through the years with tunes like “Whiskey Kinda Night,” “Gone Enough” and “Vinyl,” which he calls his favorite cut from his debut album. He says he is using the tough life lessons learned from alcohol abuse and his broken engagement from Runaway June’s Jennifer Wayne to compose new material that he hopes will inspire listeners.

When a question was posed on Twitter about what it would take to save traditional country music, the style of music made famous by Merle Haggard and George Strait, Morgan had the answer.

“It will take real singers with real songs to turn this around,” he said.

Honker Hill officials say social distancing will be enforced in the spacious concert area and masks must be worn when not seated.

The winery is turning its 90 acres into a high-profile entertainment destination.

This weekend they are hosting a “Nashville on The Hill” event.

On Saturday, Shawn Mayer takes the stage at 12:30 p.m. She finished third on the sixth season of reality music series “Nashville Star,” the program that launched the careers of Miranda Lambert, Lance Miller and Chris Young.

The Vince Mareno Band will play from 2 to 6 p.m.

Mareno is a 20-year veteran of the Nashville trenches. He has toured with Aaron Tippin, Mel Tillis, Gene Watson, Neal McCoy and many others. His brand of classic country is reminiscent of Daryle Singletary and can be viewed on YouTube videos like “Whiskey For Two” and countless covers filmed at nearly every watering hole in Nashville.

On Sunday, the Tim Crosby Trio will perform 3 to 6 p.m. at Honker Hill.

Gary Gibula recalls camping out for tickets to see Frank Zappa, seeing the Talking Heads and Bob Dylan in Carbondale, and more.

How rockabilly came to Carbondale and 'punkified' country and '50s rock

Music Historicity: Gary Gibula recalls the local bands that first started to 'punkify' country and rockabilly songs and his time with one such band, the Boppin' 88s.

Mo Pitney found a magical formula on his long-awaited sophomore album “Ain’t Looking Back,” released Aug. 14 on Curb Records. The first single from the project is currently climbing the Billboard charts.

The 2020 Billboard Music Awards were rescheduled to Wednesday, Oct. 14 due to the coronavirus pandemic. Kelly Clarkson is set to host.

Music Historicity | The legacy of Carbondale band Four on the Floor

Most music fans are well aware that nearly all bands have definite life spans. Musicians by and large are constantly growing as artists, their…

Rolling Stone gave its list of "500 Greatest Albums of All Time" a "less rock-centric" update, with Marvin Gaye's "What's Going On" in the top spot. 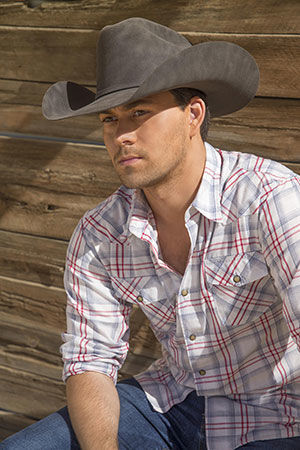