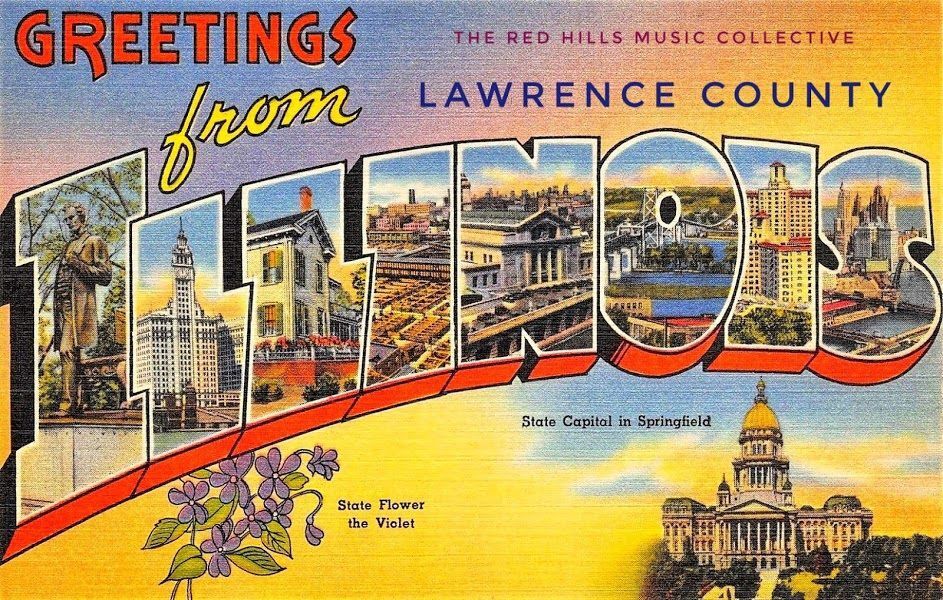 "Greetings From Lawrence County, Illinois" is the new album, available this Friday, from Stace England and the Red Hills Music Collective. 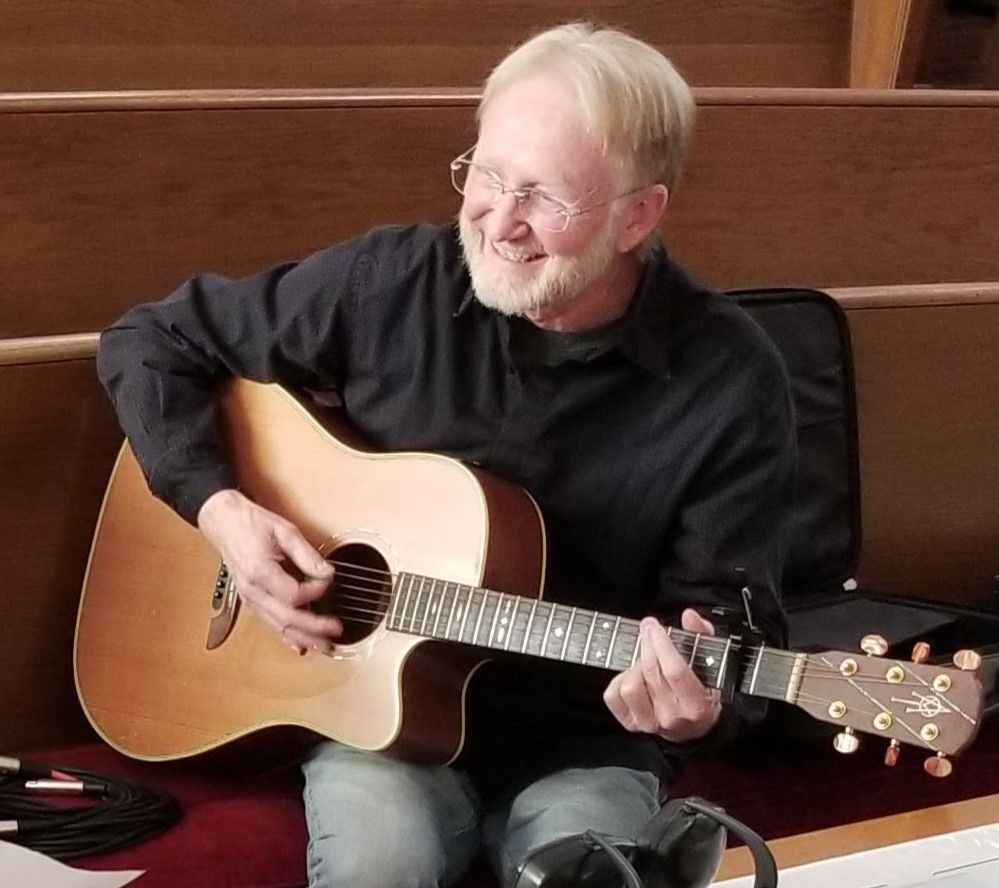 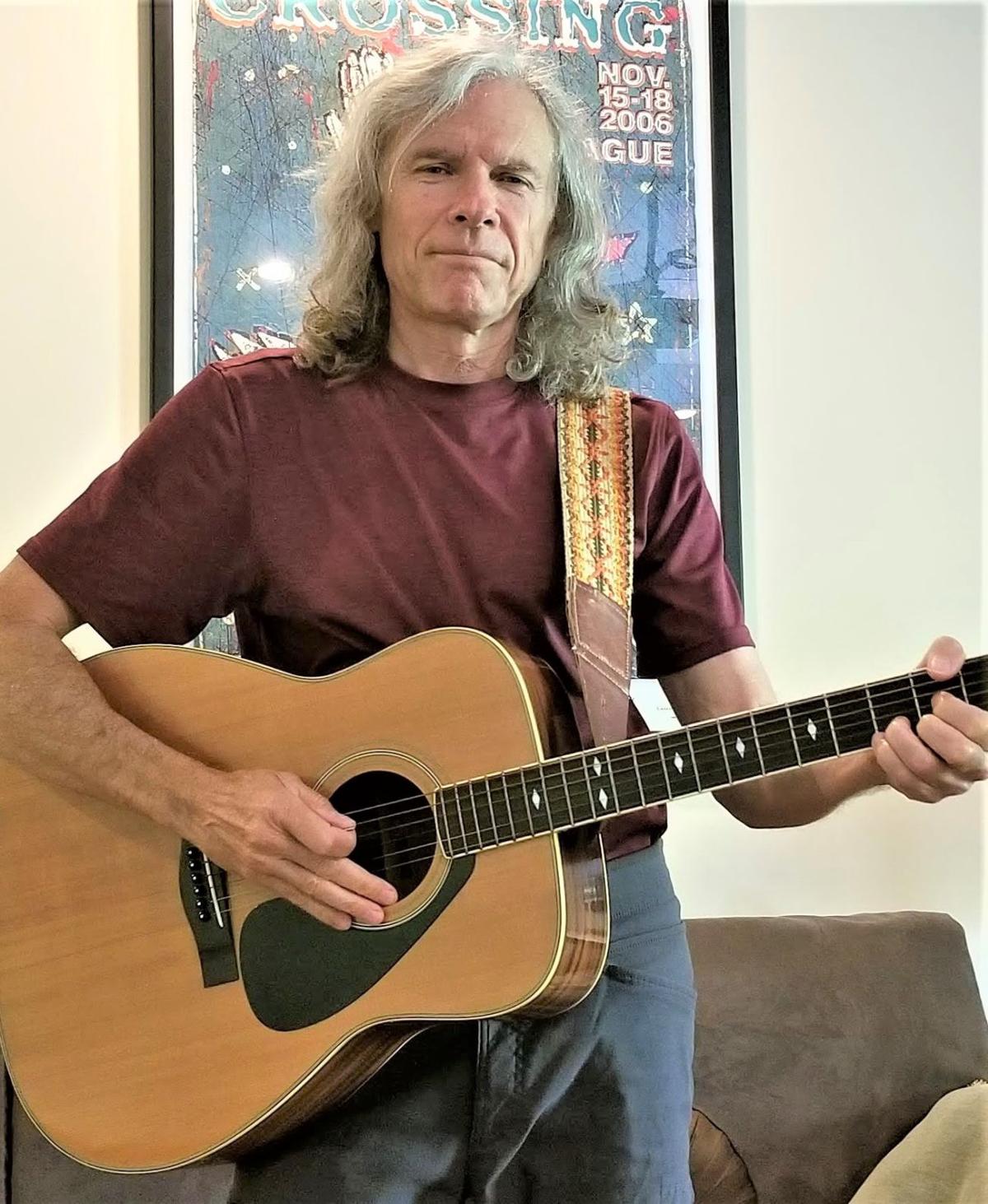 Just as every picture tells a story, so does a well-crafted song.

And when a music artist puts together an entire album of related tunes, the overall narrative becomes a tale the listener wants to hear from start to finish.

Like a book that you just can't put down, "Greetings From Lawrence County, Illinois" is a compelling musical peek into the many facets comprising life in the 374-square-mile farming region on the southeast border of the state.

With engaging vocalists, talented instrumentalists and a charming variety of songs, the group has recorded 12 tunes of well-produced Americana that put a smile on my face and had me looking forward in anticipation to each successive track.

Although he's a Cobden resident, England grew up on a hog-and-grain farm in Lawrence County and still calls the area his spiritual home.

"It has a unique feel, rhythm and sound from the farm equipment, oil pump jacks, the flow of the Wabash and Embarras rivers and even a certain type of very Midwestern speech," England said. "We decided to try to answer the musical question, 'what does Lawrence County sound like?' and a bunch of songs came very quickly."

"Lawrence County is the kind of area with a small-town atmosphere," Ash said. "Kids can play and ride bikes around town without fear. You know your neighbors and can call on people if needed."

Along with his brother, Steve, Ash brought his adult son and daughter, Guy II and Nichole, to the project.

"My son has a great ability to listen to a song and capture the perfect sound and lead guitar track for it," Ash said. "Nichole has a beautiful, smooth voice that just captures the ear. She also plays guitar, piano, banjo and she did some harmony vocals as well."

England is no stranger to telling historical musical tales. The new album echoes his approach on "Greetings From Cairo, Illinois," which traced the city's history and features collaborations from musicians such as Americana and alt-country legend Jason Ringenberg.

"Finding my musical voice often happened around thematic records with historical overtones," England said. "For this album, there's an interesting story along the lines of how all everyone created the song tracks during the (COVID-19) pandemic. We also really tried to tune into the location with all our antennas out, so to speak, which is what we all did."

Beginning in July of last year and ending last February, the participants recorded song tracks in several different studios and locations, including inside a historic church. Mike Lescelius, of Misunderstudio in Murphysboro, is responsible for recording England's performances as well as the mixing and mastering of most album tracks.

"It’s always great to work with Stace, and the projects are always different," Lescelius said. "He has an endless stream of creativity, and I’m glad to be there at the place where he transcribes it."

Guy Ash is responsible for a large share of the Lawrence County project, playing seven different instruments, singing lead and harmony vocals and recording and mixing many of the songs.

"Growing up in the Lawrence County area, we would hear many of the old stories that these songs were taken from," Ash said. "Stace has a great talent for taking the history of those stories and putting them to music."

One of those songs is "Pisgah," which refers to the Pisgah Presbyterian Church, south of Bridgeport. The tune features both lead and harmony vocals — recorded inside the church — from country singer Debbie Rucker and an outstanding harmonica track played by Ash. The waltz serves as a love letter to rural churches, with lyrics stating that the "church looks a bit rugged, just like the cross."

The album opens with "Bridgeport," a song dripping with imagery of open fields, oil wells and a lifestyle off the beaten path, away from the fast lane. England sings "there's not a stone I'd rearrange in this old town, population 1,886."

Guy Ash turns in an impressive performance on "Lily of the Wabash Valley," singing the lead vocal and playing guitar, bass, keyboard, harmonica and drums. He also produced, recorded and mixed the song at his studio. With family members singing harmonies and playing lead guitar parts, the song speaks of a dream girl "dancing on the hillside, beauty touching everything she sees."

"Greetings From Lawrence County, Illinois" demonstrates a wonderful collaboration between England and his equally talented bandmates in an album that beckons listening to the entire well-crafted narrative.

The recording will be available on most digital music platforms beginning Friday, May 21. More information may be found at www.staceengland.com.

Travis Beasley and the entertainment committee for the Eldorado Town and Country Days have knocked it out of the park with the 2021 lineup.

Lollapalooza organizers on Thursday revealed the hour-by-hour lineup for seven of its eight stages, and a festival rep said Kidzapalooza, its popular area devoted to children’s activities, will return for Chicago’s biggest summer music event.

CDC guidance saying fully vaccinated people can go maskless has spurred a desire to return to normal, and to concerts. So how risky are indoor concerts?

Sad Max: How a 'rock star' show at a Du Quoin dive bar changed everything

When people ask you what you love about Southern Illinois, what do you tell them? Is it the slow-going, small-town lifestyle? The unmatched ho…

A ribbon cutting ceremony is set for noon Saturday for the newly constructed amphitheater in the Vienna City Park, featuring a guest performan…

CMT Music Awards 2021: How to watch and who's performing

The CMT Music Awards are Wednesday night. The show, which will air live from Nashville, is hosted by Kane Brown and Kelsea Ballerini and some of country's biggest names are set to take the stage.

"Greetings From Lawrence County, Illinois" is the new album, available this Friday, from Stace England and the Red Hills Music Collective.