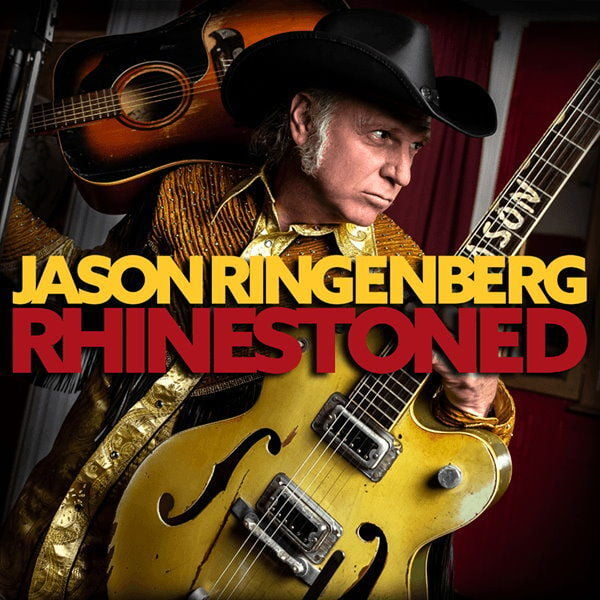 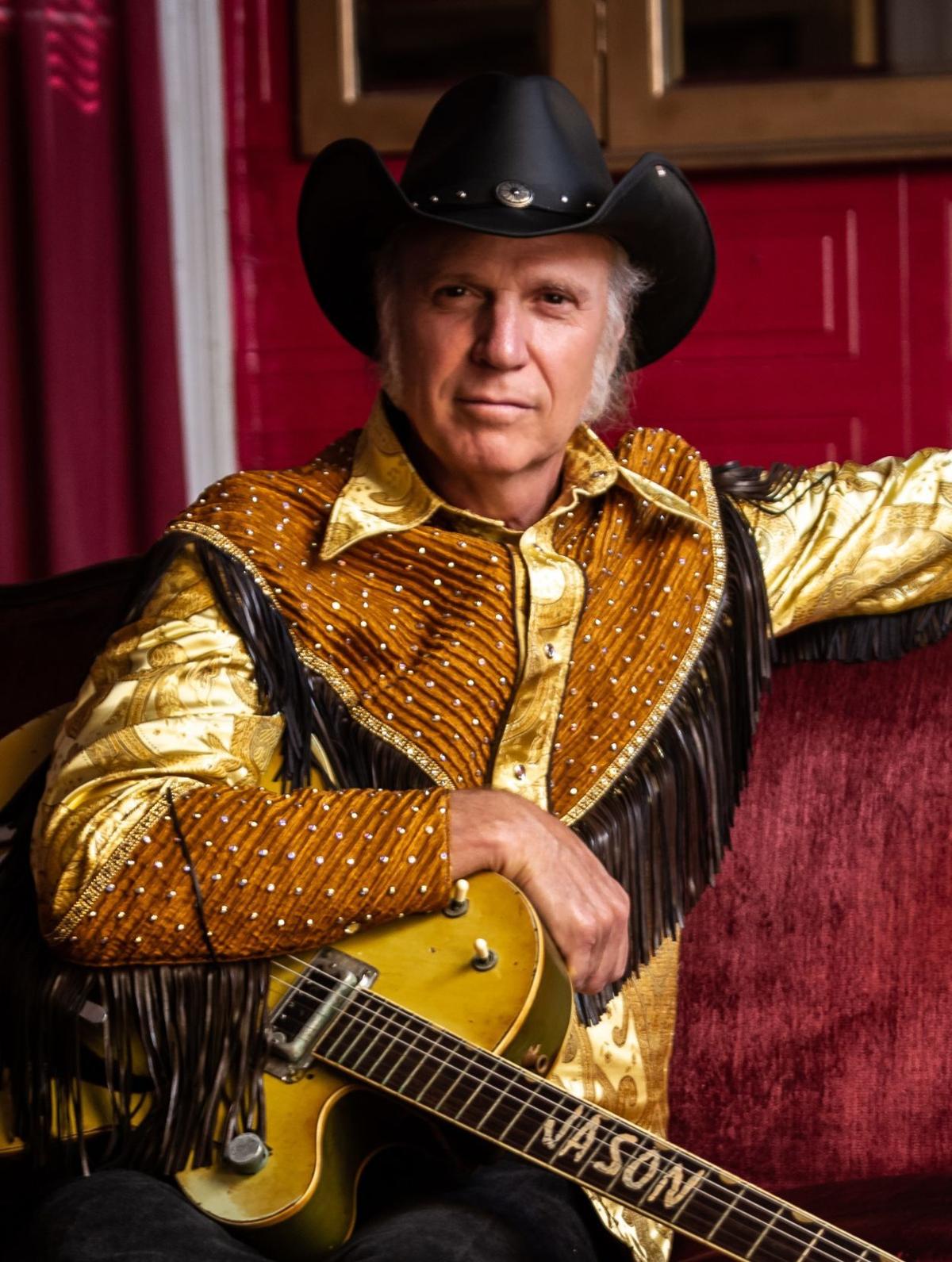 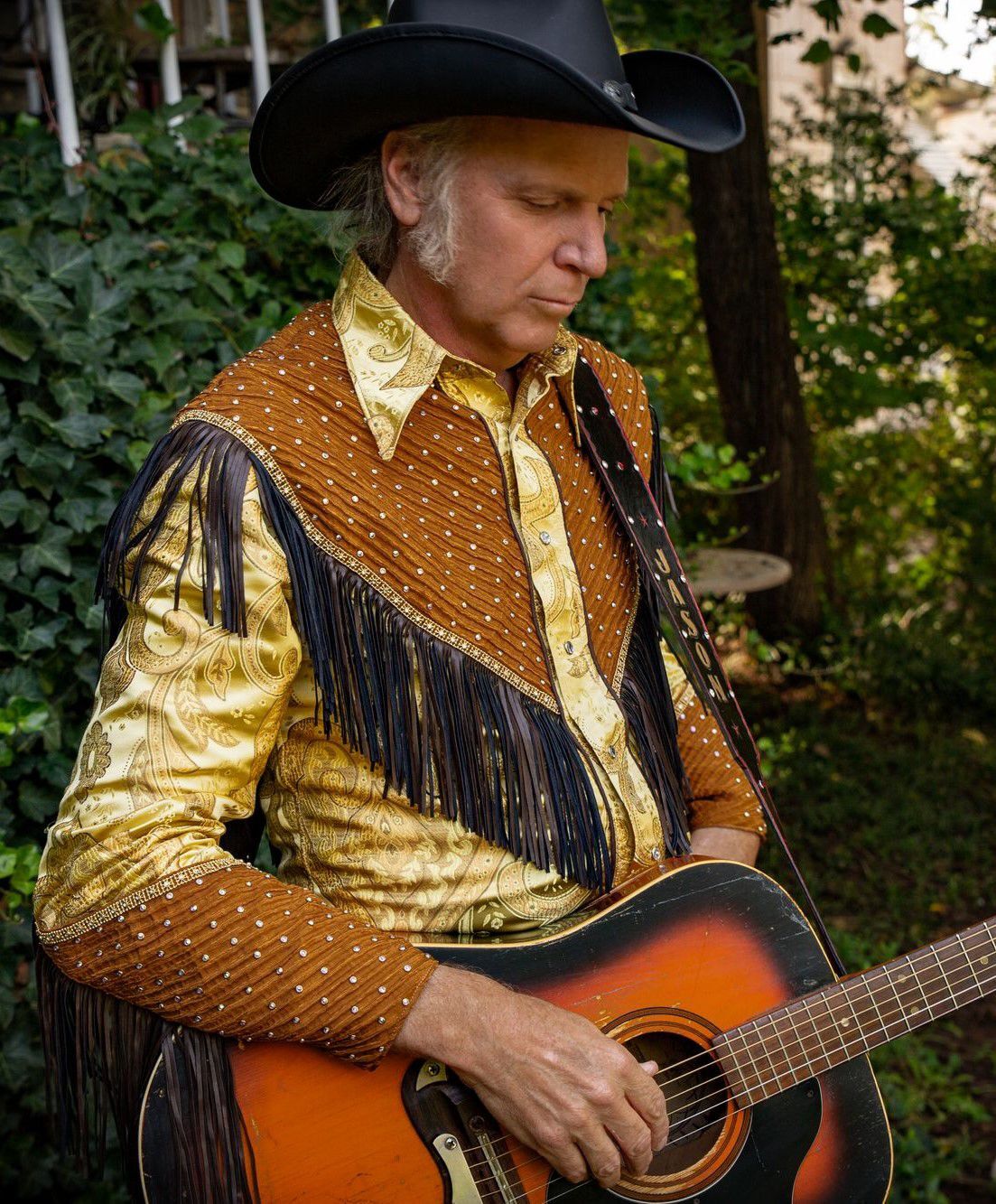 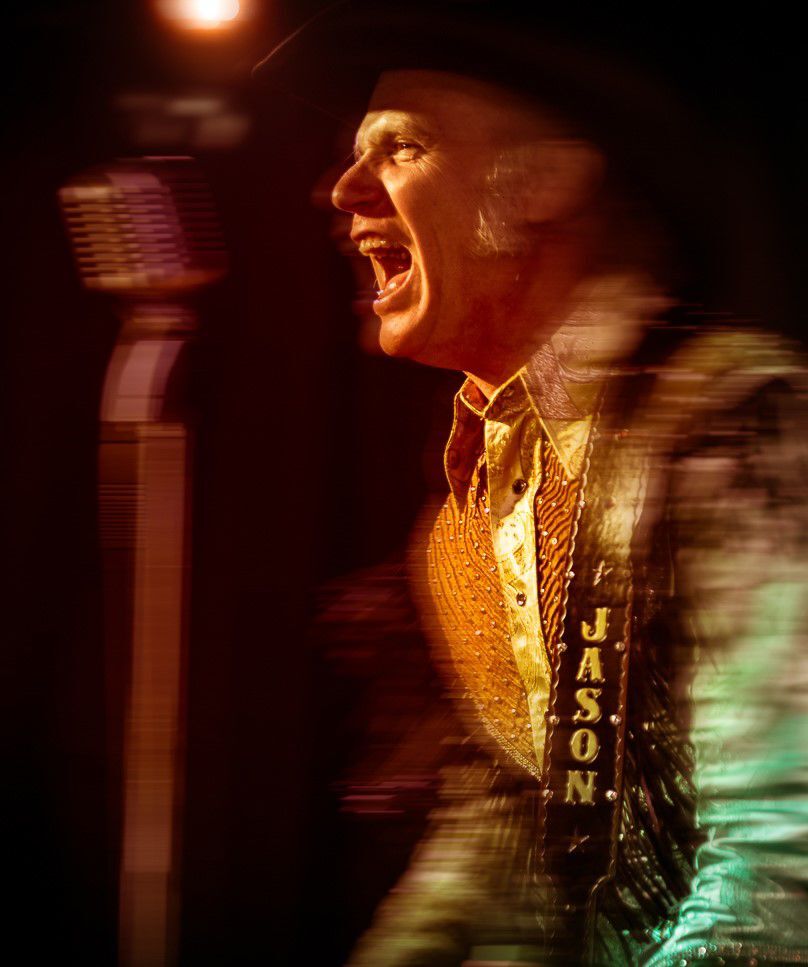 He might be the product of a farming family from rural Illinois, who passed through Carbondale for a few years on his way to Nashville, but Jason Ringenberg has proved himself a true country hillbilly.

By way of caveat, this reviewer is a longtime friend and musician who contributed to Ringenberg's 2019 'Stand Tall' album. Here on, he'll be referred to by his first name.

Jason's new release — his seventh solo album — is a kaleidoscopic journey visiting classic country from the Carter Family and Hank Williams, Sr., pausing for a spiritual reminder, recalling 1970s country rock and ending up "pickin' a Telecaster in a hillbilly band."

"When I started in music I adopted rhinestones for my look," Jason explained. "1950s and 60s country singers used rhinestones to flash up their outfits without paying a lot of money, and many of them came from abject rural poverty. Since two of the songs on the album have 'rhinestone' in the title, that seemed like the perfect album title."

In 'Nashville Without Rhinestones,' Jason laments Music City's classic roots, singing that a Nashville without rhinestones "is a sinking ship filled with hillbilly ghosts on their final trip." He decides to "step aside from the turmoil and play an old LP."

'Stoned On Rhinestones' is a testament to Jason having no use for a big house, drugs or a Cadillac. All he needed was to "hear old Hank" and play a Telecaster guitar in a hillbilly band.

All told, Rhinestoned represents artistic growth following 'Stand Tall,' and a return to some of the traditional country roots heard on Jason's 2002 'All Over Creation' album.

In the liner notes, Jason dedicates his new album to those who stood tall throughout an often forgotten episode in the American civil rights movement. The Freedom Riders consisted of black and white young adults who rode interstate buses together, following a 1961 Supreme Court decision that buses could not be segregated. Municipalities, primarily in the South, did not immediately recognize or enforce the ruling.

"Many of the Freedom Riders in the second wave came from the black Nashville colleges Fisk and Meharry," Jason said. "When the first wave fell apart, a bunch of kids pooled their money and got back on those buses in Alabama with no protection or national support. They were beaten, jailed and some even expelled from school for standing up for basic human rights. They were and are true American heroes."

The memory is illustrated in 'The Freedom Rides Weren't Free,' where Jason reminds that "a toll was paid in blood and soul" by those who rode the buses.

Another Rhinestoned selection that perhaps sets the album tone is the nearly seven-minute 'I Rode With Crazy Horse.' Written from the perspective of the Lakota chief's reputed cousin, the song is a plaintive tale about the injustice of Crazy Horse being herded to Fort Robinson, Nebraska, and reportedly murdered there.

"I am very proud of 'I Rode With Crazy Horse,'" Jason said. "It was one of the last songs written for the record and substantially changed its overall chemistry. The song came to me all at once, in a dream. I literally woke up and sang the song into my phone recorder app in one complete pass. It's about a 'normal' person (Crazy Horse's cousin) showing incredible courage and fortitude in the face of the darkest aspects of American history, a history that doesn't even record that man's name."

Describing himself as an American patriot and amateur historian, Jason said "I fully realize the dark history of race relations in our country, especially the wholesale destruction of Native American cultures and people. That history is still with us, and always will be. I have always felt compelled to talk about it through my music."

"I am a Christian," he proudly stated. "And like so many American recording artists who travelled that 'Lost Highway' before me, I believe you can play secular music and still stay true to your faith. But I don't beat folks over the head with it, or think I am better or more spiritually correct than anyone else. Producer George Bradfute and I immediately knew that it was a special track, marrying an old Church hymn with an aggressive rock-n-roll rhythm. Addie sings the fire out of those harmonies, and Camille plays that difficult piano part so beautifully. It has an undeniable positive energy and works on several levels."

Not least is Bradfute, who is showcased as producer, engineer and performer, playing a variety of vintage guitars, basses, mandolin, cellos and viola on the 12-track album.

Featuring a characteristic Jason harmonica solo, possibly one of his wildest and most energetic ever, 'Keep That Promise' rings true as the most exciting album cut. The song was penned by Jason along with prolific Nashville songwriter Todd Cerney.

"Todd was tremendously talented," Jason said. "He was nominated for a Grammy for one of his Restless Heart songs in the 80s. I wrote a few songs with him, the best being Keep That Promise. Sadly, he passed aways several years ago."

The narrator of 'Keep That Promise' doesn't believe the excuses of an unfaithful beau and tells her "you're as good as your word, and that word's goodbye." The song was produced into a creative stop-action video that can be seen on Jason's web site, YouTube channel and social media.

For a musician who started off in Sheffield, stopping to groom his talent in Carbondale for a few years, Rhinestoned demonstrates a mature Country, Cowpunk, Americana artist who is nothing but pure Nashville.

The Rhinestoned album is available in various formats through jasonringenberg.com.

Robbie Stokes: A weird gig and road encounter and the loss of a Carbondale legend

Where to start? Most musicians have a mental catalog of the weird things that are bound to go down at shows, or getting to and from shows, and…

Music Historicity | The cycle of rock vs. pop

Every song sounds like some other song, was the realization put forth in this space two weeks ago.

Music Historicity | Every song sounds like some other song

Although some may feel that music sounding similar to something else is derivative, "stolen" and therefore not good, it can be argued that the same tune should be lauded as a tribute that was inspired by a previous artist.