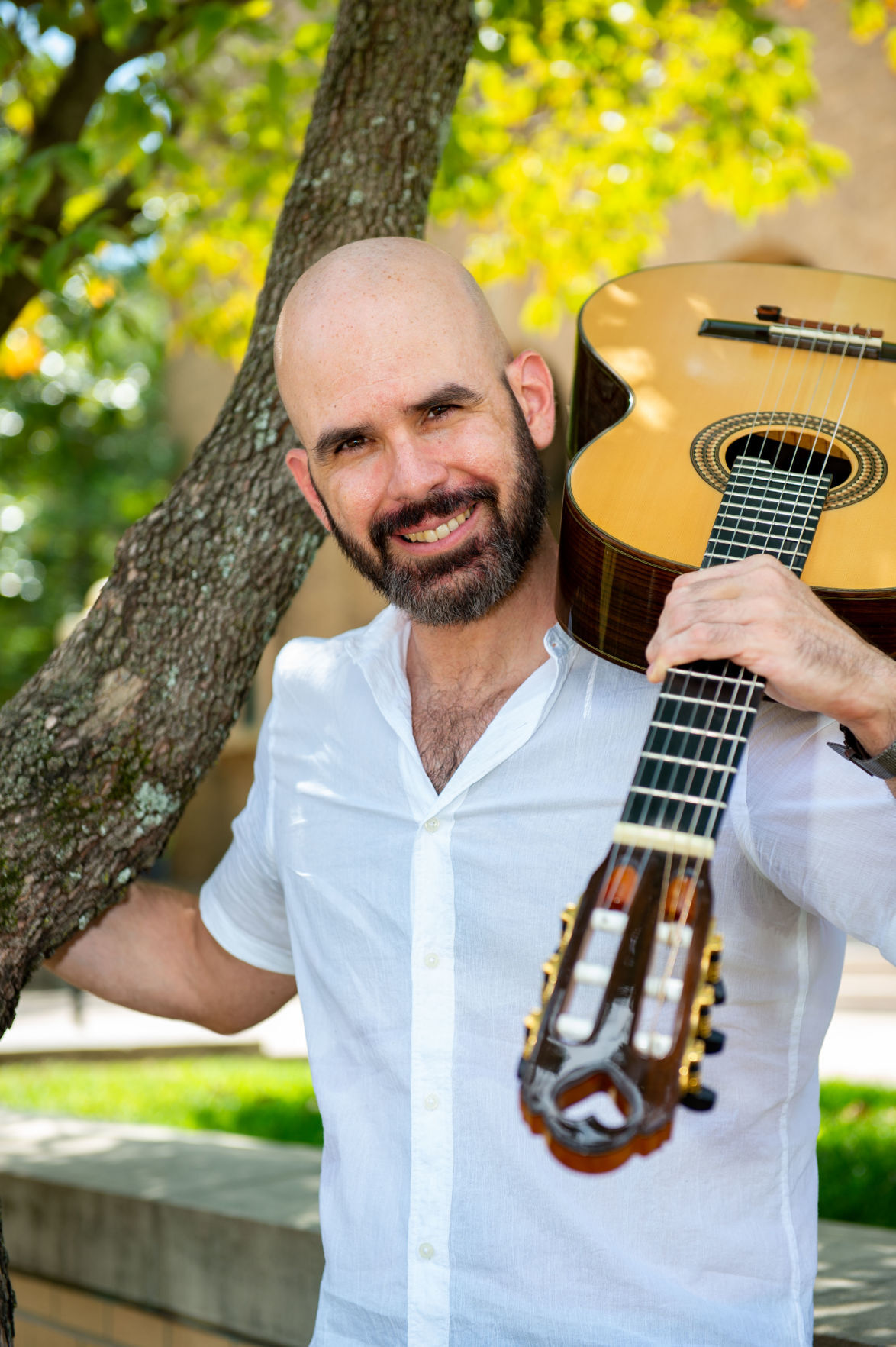 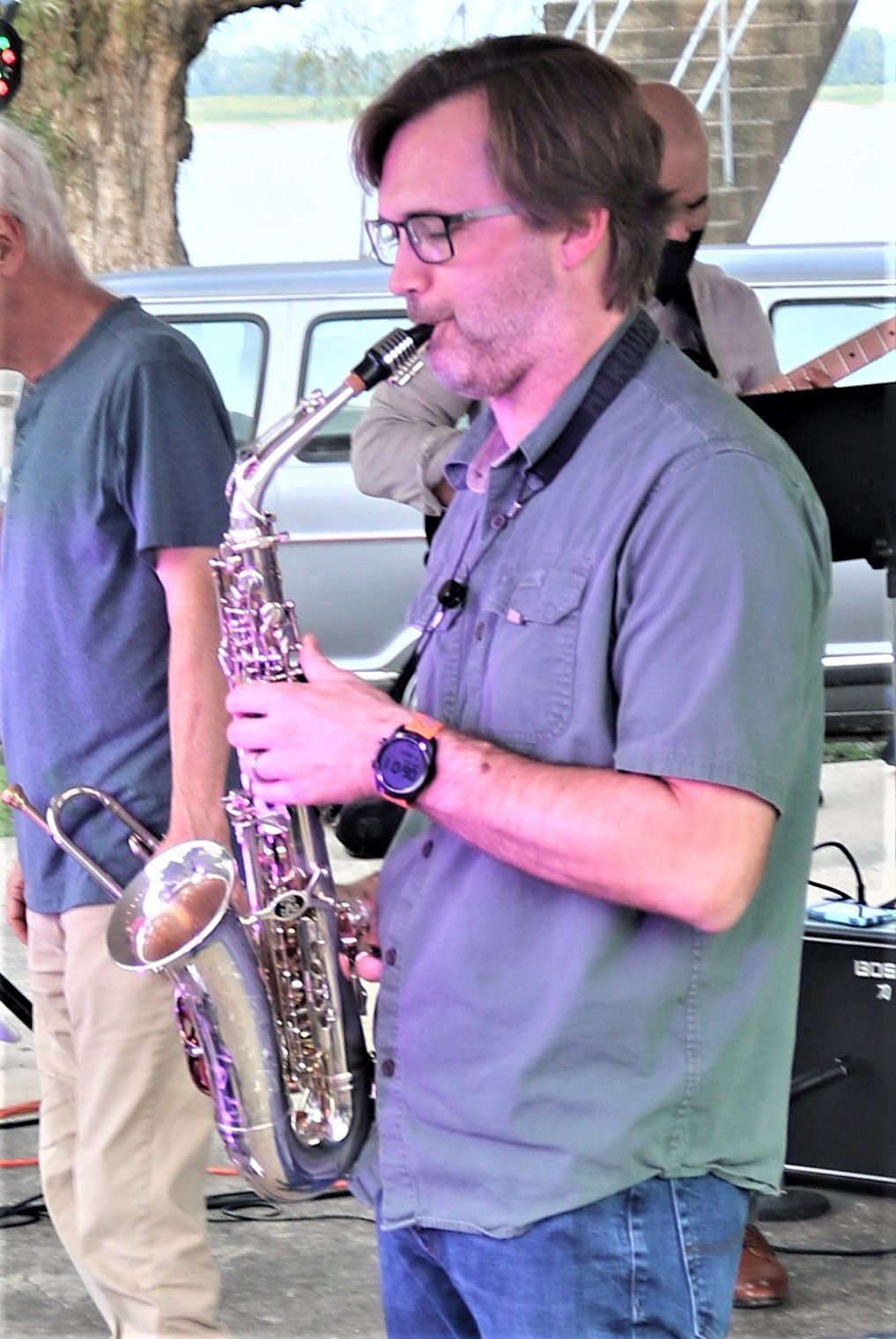 SIU School of Music professor Richard Kelley will perform at the SIU International Guitar Festival. He is pictured here at the Cairo Smooth Jazz on the River Festival earlier this month. 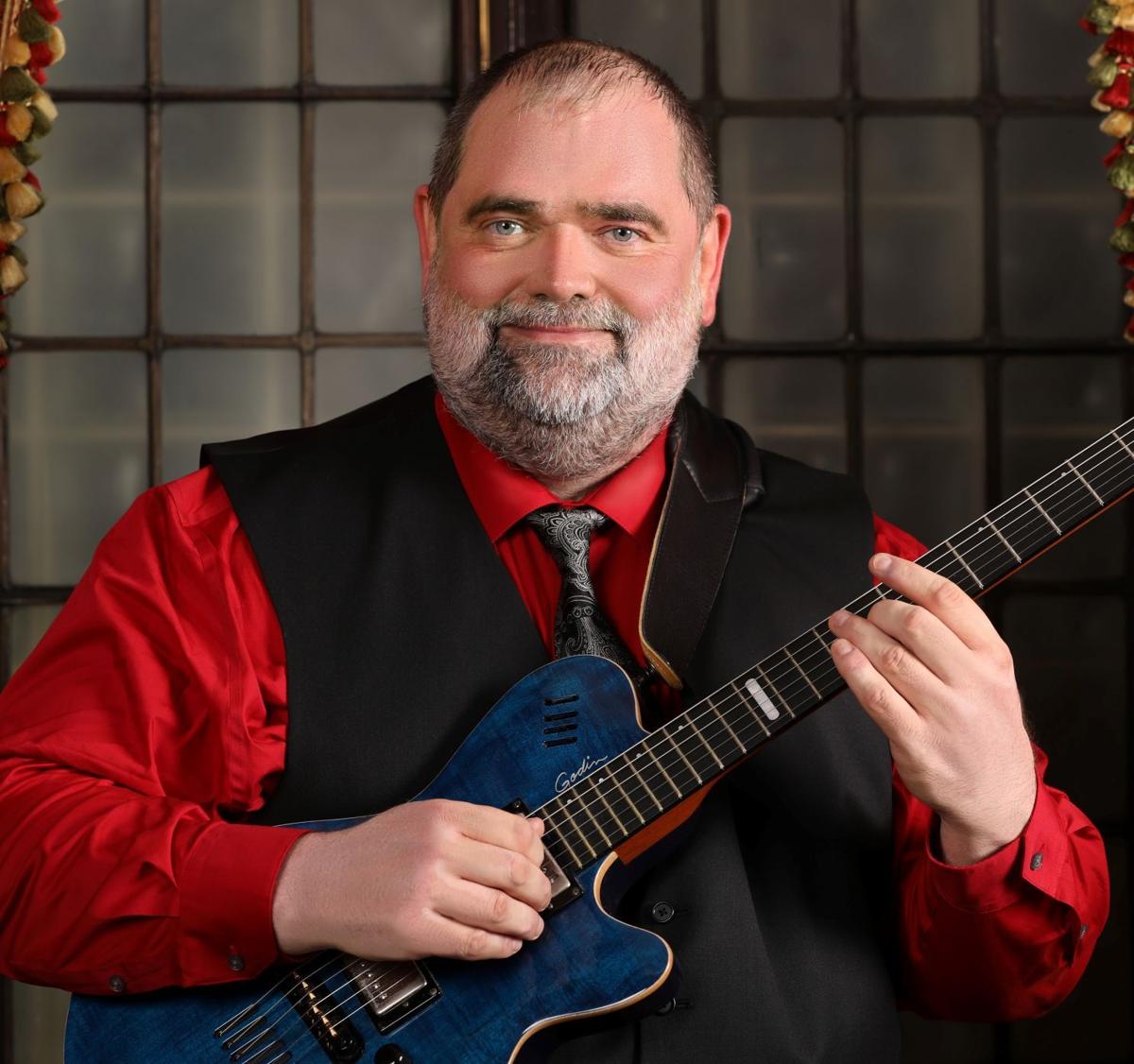 Dr. Zvonimir Tot will lecture and perform next month at the SIU International Guitar Festival

Gary Gibula FOR THE SOUTHERN

Guitarists and musicians from around the globe will be in Carbondale next week, as well as for two days in October, for the upcoming SIU International Guitar Festival.

The seventh edition of the gathering, which now adds the word "international" to its name, will feature renowned guitarists from the U.S., Central and South America and from as far away as the Balkan nation of Serbia.

"We are very excited to bring back the guitar festival for the benefit of our community," SIU School of Music Associate Professor Isaac Lausell said. "Last year's event was canceled due to the pandemic, but this year we will make up for it with our largest edition yet, featuring a stellar line up of artists from the U.S. and abroad. Such an occasion warrants a new name, so it's being rechristened the 'SIU International Guitar Festival.'"

Sponsored by the SIU Foundation and the SIU Center for International Studies, in partnership with others, the event consists of four days of performances, master classes and lectures that will explore various traditions of the guitar.

Lausell said next week's sessions will focus on the classical guitar.

On Wednesday, Sept. 22, Dr. Christopher Allen will host a classical guitar master class from 9 to 11 a.m. in Room 117 of Altgeld Hall.

The highlight that day will be a 7:30 p.m. classical guitar recital by Professor Marcus DeJesus in the Old Baptist Foundation Recital Hall, also known as Doyle Hall.

Originally from Brazil, DeJesus has toured the U.S. and his native country as a solo guitarist. He has played as a feature performer with the SIU and Dubuque Symphony Orchestras and currently is a professor of guitar and general music at Clarke University and Loras College.

Other sessions that day will include a 11:10 a.m. lecture on the history of rock music, by Dr. George Brozak, in the same location, and an evening classical guitar recital by Christopher Allen in the OBF Recital Hall.

In an effort to extend activities as well as the concert season, two days of the guitar festival will occur next month and focus on jazz and popular music, Lausell said.

Professor Aldemar Valentín will deliver a lecture on jazz composition at 10 a.m. Wednesday, Oct. 27, in Room 117 of Altgeld Hall.

Following that session at 11:10 a.m., Professor Freddie Burgos will speak on "The study of rhythm for guitarists."

That evening, at 7:30 p.m. in Shryock Auditorium, Valentin and Burgos will present a concert that also will feature SIU professors Dick Kelley and Isaac Lausell.

A native of Puerto Rico, Aldemar Valentin earned a music degree from the Berklee College of Music and a Master’s from the New England Conservatory of Music. He performed on a 2005 Pailo Mejías recording, “Mi Tambor,” which was nominated for a Grammy Award.

Percussionist, composer and music professor Freddie Burgos also is from Puerto Rico. After receiving a scholarship and graduating from Berklee in 1998, he earned a Master's in Jazz Studies from the Aaron Copeland School of Music, in New York. Burgos currently is a professor of music at Conservatorio de Música de Puerto Rico and at the Inter American University of Puerto Rico.

SIU professor Richard Kelley has been the university's Director of Jazz Studies since 2008. He performs regularly across the country, Mexico, Canada, much of Europe and several Caribbean countries. Kelley also is a member of the New Arts Jazztet, which played earlier this month at the Cairo Smooth Jazz on the River Festival.

Isaac Lausell leads the guitar program at SIU School of Music, teaching courses in classical and jazz guitar. He earned his undergrad music degree in Puerto Rico, a Master's degree in Jazz Studies from the the University of North Texas and a Ph.D. in Musical Arts from State University of New York at Stony Brook.

The final day of the Guitar Festival, Thursday, Oct. 28, will open with a 10 a.m. lecture by Dr. Zvonimir Tot on "Voicing chords for Jazz Guitar," which will take place in a location to be announced.

A Jazz Guitar Recital will be played that evening, at 7:30 p.m., featuring Tot and Isaac Lausell, and featuring Burgos and Valentín.

Admission to the event ranges from $12 for a single event ($6 for students) to $50 for a pass to all four days of the festival, including an opening night gala.

All events are free for students and faculty of the SIU School of Music.

For more information, go to https://cola.siu.edu/music/festivals-camps/festivals/guitar-festival/.

The recent increase in COVID-19 cases prompted cancellation of the Wander Down Music Festival set for Oct. 8-10 at SIU’s Touch of Nature Environmental Center.

SIU School of Music professor Richard Kelley will perform at the SIU International Guitar Festival. He is pictured here at the Cairo Smooth Jazz on the River Festival earlier this month.

Dr. Zvonimir Tot will lecture and perform next month at the SIU International Guitar Festival