Here's a look at trending topics for today, Sept. 20:

National Voter Registration Day/How do I register to vote?

First observed in 2012, it quickly gained momentum to help strengthen democracy. Nearly 4.7 million voters have registered to vote on the holiday. While it started as a one-day event, the objective is to broaden awareness and develop strategies to make voter registration consistently visible and relevant.

National Voter Registration Day involves volunteers and organizations from all over the country hitting the streets in a day of coordinated field, technology and media efforts. The objective is to create broad awareness of voter registration opportunities by reaching out to citizens who may not register to vote otherwise.

An executive of a vegan food products company has been charged with felony battery and making a terroristic threat after a fracas outside a football game in which he's accused of biting a man's nose, officials said.

Beyond Meat Chief Operations Officer Doug Ramsey has been accused of a road rage attack outside Saturday's game between the Arkansas Razorbacks and Missouri State Bears in Fayetteville, Arkansas, according to Fayetteville television station KNWA.

A police report says the 53-year-old Fayetteville man attacked another man who tried to inch in front of him in a parking garage traffic lane and made contact with a wheel on Ramsey's sport utility vehicle.

Following allegations that he cheated on wife Behati Prinsloo and wanted to name their child after his alleged mistress, Adam Levine is speaking out.

"A lot is being said about me right now and I want to clear the air," the Maroon 5 frontman wrote in a statement on his verified Instagram stories on Tuesday.

"I used poor judgment in speaking with anyone other than my wife in ANY kind of flirtatious manner," Levine wrote. "I did not have an affair, nevertheless, I crossed the line during a regrettable period in my life."

Adam Levine denies having an affair, but admits he 'crossed the line'

Gap is laying off 500 corporate employees as challenges mount

In an alarming assessment, U.N. Secretary-General Antonio Guterres told world leaders Tuesday that nations are “gridlocked in colossal global dysfunction” and aren’t ready or willing to tackle the major challenges that threaten the future of humanity and the fate of the planet. Speaking at the opening of the General Assembly’s annual top-level meeting, the U.N. chief pointed to the war in Ukraine, multiplying conflicts around the world, the climate emergency, the dire financial situation of developing countries, and recent reversals of progress on such U.N. goals as ending extreme poverty and providing quality education for all children.

Hurricane Fiona is barreling toward the Turks and Caicos Islands as it threatens to strengthen into a Category 3 storm, prompting the government to impose a curfew. Forecasters say Fiona could become a major hurricane late Monday or on Tuesday, when it was expected to pass near the British territory. Premier Washington Misick, who was in London attending the funeral of Queen Elizabeth II, urged people to take every needed precaution. The intensifying storm also kept dropping copious rain over the Dominican Republic and Puerto Rico.

A Baltimore judge has ordered the release of Adnan Syed after overturning Syed’s conviction for a 1999 murder that was chronicled in the hit podcast “Serial.” Circuit Court Judge Melissa Phinn on Monday ordered that Syed’s conviction be vacated and she approved the release of the now-41-year-old who has spent more than two decades behind bars. Syed has always maintained that he never killed his ex-girlfriend, Hae Min Lee. The case received widespread attention in 2014 when “Serial” focused on Lee’s killing and raised doubts about some of the evidence prosecutors had used. Last week, prosecutors filed a motion saying a lengthy investigation had uncovered new evidence that could undermine Syed's conviction.

Queen put to rest with Philip, her parents in Windsor

After the pomp and pageantry of a grand state funeral, Queen Elizabeth II has been laid to rest with her husband and parents in an intimate ceremony at Windsor away from media cameras. King Charles III and senior royal family members attended the private interment ceremony late Monday at St. George’s Chapel. It's a gothic church on the grounds of Windsor Castle that has had royal weddings, christenings and burials since the 15th century. Officials said the queen was interred with Prince Philip’s remains at the King George VI memorial chapel, an annex within St. George’s. Elizabeth II’s parents, King George VI and Queen Elizabeth, were also interred there, along with the ashes of Princess Margaret, the late monarch’s younger sister.

House Democrats are voting this week on changes to a 19th century law for certifying presidential elections. The measure is their strongest legislative response yet to the Jan. 6 Capitol insurrection and former President Donald Trump’s efforts to overturn his 2020 election defeat. A vote to overhaul the Electoral Count Act is expected Wednesday. A bipartisan group of senators is moving forward with a similar bill. The Senate Rules Committee will vote on its version of the legislation next week. Lawmakers in both parties have said they want to change the arcane law before it is challenged again.

The separatist leaders of four Russian-controlled areas of Ukraine say they are planning to hold referendums this week for the territories to become part of Russia as Moscow loses ground in the war it launched. The votes will be held in the Luhansk, Kherson and partly Russian-controlled Zaporizhzhia and Donetsk regions. The announcement of the balloting starting Friday came after a close ally of Russian President Vladimir Putin said Tuesday that they were needed. Former Russian President Dmitry Medvedev also said that folding Luhansk and Donetsk in eastern Ukraine into Russia itself would make their redrawn frontiers “irreversible” and enable Moscow to use “any means” to defend them.

A Kentucky man who killed three students and wounded five more in a school shooting 25 years ago will have to wait another week to learn his fate in a high-stakes hearing that could see him released or denied the chance to ever leave prison. Michael Carneal was a 14-year-old freshman on Dec. 1, 1997, when he fired a stolen pistol at a before-school prayer group in the lobby of Heath High School, near Paducah. A parole board panel on Monday heard from victims, many of whom asked that Carneal never be released. On Tuesday, Carneal told the panel that he still hears voices but has learned not to do what they say.

Hurts, so good! Eagles QB dominant in 24-7 win over Vikings

Jalen Hurts threw for 333 yards and a touchdown and he ran for 57 yards and two more scores to lead the Philadelphia Eagles to a 24-7 win over the Minnesota Vikings. Hurts had 301 total yards in the first half in the breakout game of his young career. The Eagles led 24-7 at halftime. Cornerback Darius Slay had two interceptions in the second half. The Eagles improved to 2-0. The Vikings are 1-1. Kirk Cousins and top target Justin Jefferson struggled for Minnesota.

Josh Allen threw four touchdown passes, including three to Stefon Diggs, and the Buffalo Bills rolled past Derrick Henry and the Tennessee Titans 41-7 in their home opener. The Bills followed a season-opening 31-10 rout of the Super Bowl champion Los Angeles Rams by throttling an opponent that has been their nemesis in each of the past two seasons. Fullback Reggie Gilliam and linebacker Matt Milano, with a 43-yard interception return, also scored touchdowns for Buffalo. Buffalo's defense limited Tennessee to 182 yards of offense and 12 first downs, while registering two sacks and forcing four turnovers. The Titans fell to 0-2 for the first time since 2012.

Scherzer perfect for 6 in return, wins 200th as Mets clinch

Max Scherzer was pulled from his 200th win with a perfect game intact, and the New York Mets clinched their first playoff berth in six years by beating the Milwaukee Brewers 7-2. Reinstated from the injured list before the game, Scherzer struck out nine in six innings. The 38-year-old ace threw only 68 pitches, but that was as far as the NL East leaders let him go in his first start in 16 days. Christian Yelich doubled leading off the seventh against Tylor Megill. Pete Alonso hit a three-run homer off Cy Young Award winner Corbin Burnes, and the Mets won their fifth straight to wrap up at least one of the three National League wild cards. They lead the NL East by one game over Atlanta.

The Houston Astros clinched their fifth AL West title in six years, getting a leadoff home run from Jose Altuve in a 4-0 victory over the Tampa Bay Rays. Headed to the postseason for the sixth straight season, Houston won for the eighth time in nine games and improved the AL’s best record to 97-51. Luis Garcia won his fifth straight decision, giving up two hits and four walks in five innings while striking out four. Hunter Brown and Héctor Neris finished a five-hitter, the Astros 16th shutout this season.

Coolio died Wednesday at the home of friend in Los Angeles. Here's what is known so far about his death, plus a look back at his life, in photos.

As a label for a band or a song, a number can serve as both an impactful, sometimes double-entendre device as well as simply part of language that helps tell the tale.

Post Malone was due to take to the stage at the TD Garden in Boston on Saturday but pulled the plug after finding that he was "unable to move." Plus, Hilaria Baldwin gives birth to her seventh child, and more celeb news.

Rihanna to headline the next Super Bowl halftime show

Rihanna, who declined to perform in the 2019 Super Bowl halftime show out of solidarity with Colin Kaepernick, posted an image on Instagram of an arm holding up an NFL football.

The Try Guys part ways with Ned Fulmer, Hugh Jackman is back as Wolverine in 'Deadpool 3', and more trending news

The Try Guys are going to try being a trio, after allegations of Ned Fulmer's infidelity. Get that and more trending news here.

Actress Selma Blair, who’s battling multiple sclerosis, continued to amaze with a “Jailhouse Rock” that included a cartwheel and splits. Yeah, they might not have been part of a traditional jive, but they certainly impressed.

A centuries-old flute once owned by President James Madison was lent to Lizzo by the Library of Congress for her concert in Washington, D.C.

🎧 Get a recap of some of this week's top stories through this special edition of our daily news podcast.

"The Daily Show" host Trevor Noah has announced he will step away from the anchor desk. Watch his announcement and highlights from his first show.

Hocus Pocus 2: They're Back (Spot) 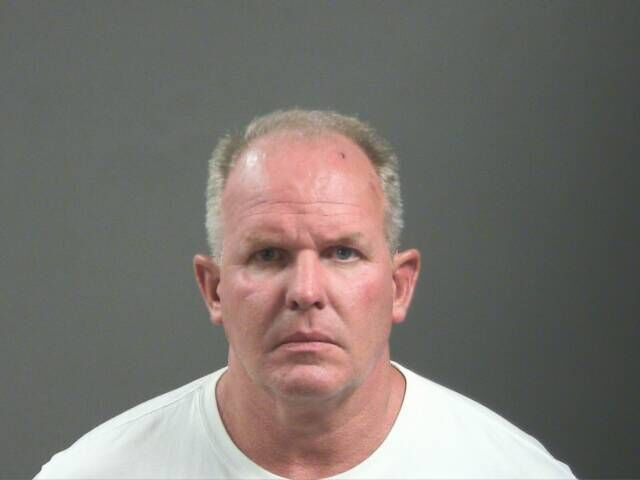 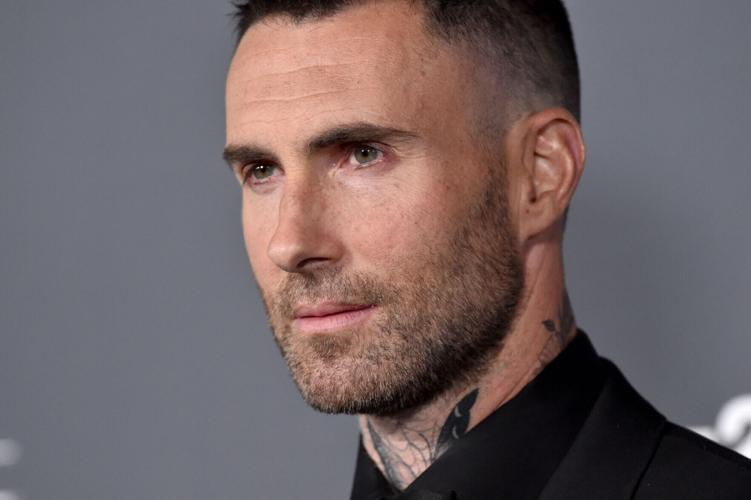 Adam Levine, seen here in 2021, is speaking out following allegations that he cheated on wife Behati Prinsloo and wanted to name their child after his alleged mistress.