In February, to mark the Catholic season of Lent, John Holden embarked on what he calls his pilgrimage of doomed churches. He vowed that at least once a week, he would attend services at one of the Chicago churches slated to be merged or closed.

An amateur historian who lives in the Edgewater neighborhood, Holden describes himself as “by no means a model Catholic,” but he has returned in recent years to the religion of his childhood, and Chicago’s old churches stir his curiosity and his soul.

“It’s always meant a lot to me to spend time sitting in churches and thinking about how to be a better person,” he says. “The politics of it I feel detached from.”

As the Archdiocese of Chicago consolidates many parishes, closes some churches and leaves the fate of others up in the air, Holden has felt a need to witness what might soon vanish. And so it came to pass that on Good Friday, Holden buzzed at the door of the rectory of Our Lady of Lourdes, the latest stop on his pilgrimage.

How can you get your teen a COVID-19 vaccine? Here are answers to your questions

The parish secretary, Elsa Aguirre, opened the door. He explained that his grandparents had been married there. Maybe, he wondered, the church had some kind of documentation?

She ushered him in, disappeared briefly, then came back with a heavy brown book that looked as if it might disintegrate if anyone nearby sneezed. She leafed through the pages.

There, next to the date June 17, 1924, Holden’s grandparents’ names were inscribed in flowing cursive for posterity.

But posterity doesn’t always care about history, and one day soon, as Our Lady of Lourdes merges with Saint Mary of the Lake a mile and a half away, these old records will be moved to another location. The church office will close. The sanctuary will remain open for now but there’s no guarantee how long. And that’s why Holden made sure he made it here for this Good Friday.

The change hanging over so many churches was on his mind throughout his Lenten pilgrimage. He thought about it at Holy Rosary in West Town, where older Italian women, unable in the pandemic to host the usual St. Joseph’s Day feast, passed out Gonnella Italian rolls in plastic bags. “A jewel box of a building,” he says.

He thought about it at Our Lady of Victory in Portage Park. “Astonishing, beautiful.”

“They’re all remarkable buildings,” he says. “Some are better than others, but they were all the most remarkable buildings in their communities. They towered over the neighborhood. They had tremendous meaning for the people who put them up. These were the central institutions in these communities. Without that anchor in the community, where does the community go for connectedness? I don’t think Facebook affinity groups quite fill that role.”

To be clear, not all these churches are imminently destined to close. But they are all changing, changes that reflect shifts in the world and the city. Church attendance is down. Finances are squeezed.

“This archdiocese was set up for a population that was here in 1950, in 1924,” said Mike Shanahan, the pastor at Our Lady of Lourdes. He was roaming around the church setting up for Easter weekend services, which would feel different from years before.

“People are experiencing deep loss,” he said, and while he didn’t want to predict the church’s future, he acknowledged that it could be “one of the last Good Fridays.”

It’s hard to imagine that this grand, yellow-brick church — built in the Spanish Renaissance style, once world-renowned for the engineering feat that moved it from the east side of Ashland Avenue to the west side — would cease to be a church. But for many Chicago Catholics, it has been hard to imagine the closure of other churches that once seemed as unshakable as fortresses, fortresses as ornate as palaces.

“It boggles my mind to think of how many hours of work went into creating this art,” Holden said Friday, gazing around Our Lady of Lourdes. He looked up at the painted ceiling — peeling in spots — and toward the marble altars. It’s the kind of beauty he has encountered everywhere in his Lenten pilgrimage.

“I don’t know that there’s ever been this wholesale loss of art in the city of Chicago.”

Later that afternoon, he was among the 60 or so people who gathered for the Stations of the Cross. Once a predominantly Irish parish, it’s now a diverse crowd — Latino, Filipino, white, Black. Because of COVID-19, everyone stayed in the pews instead of making the ritual procession past the paintings that depict Christ’s condemnation, crucifixion and entombment.

And looking around, at the people who loved the church, at the church that had been there for so many generations, Holden found himself hoping.

“For a miracle,” he says, “that these beautiful buildings and their communities find a way to survive for another hundred years.”

Illinois reopening plan: What to know about the latest updates

Chicago has its own rules

What happens during the bridge? 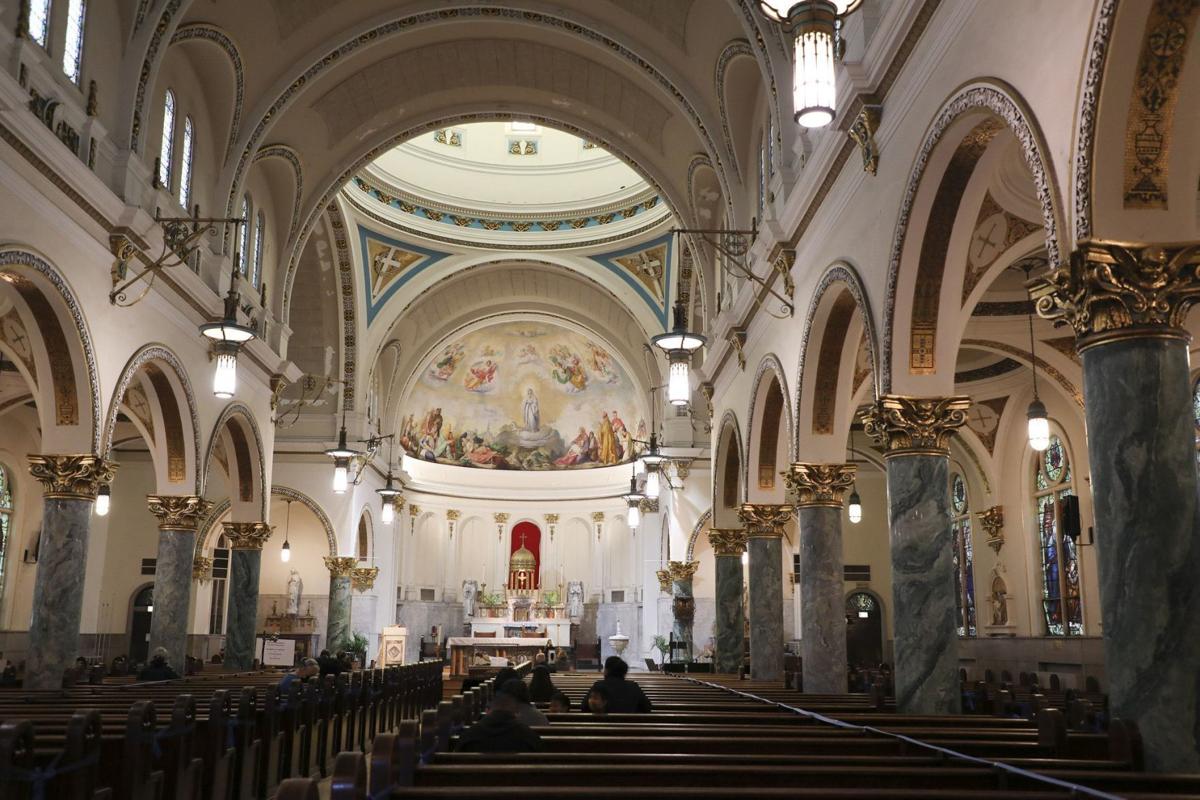 A handful of parishioners pray during Good Friday services inside Our Lady of Lourdes Catholic Church on April 2, 2021. "It boggles my mind to think of how many hours of work went into creating this art," John Holden said. 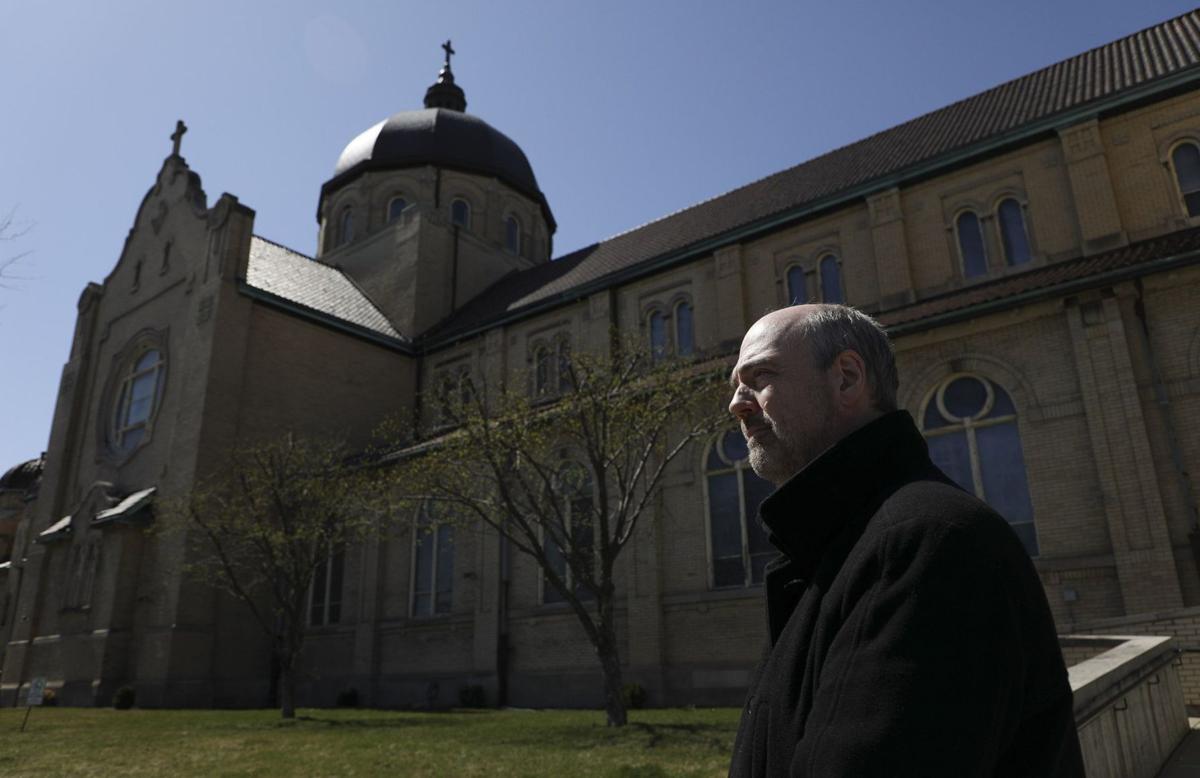 John Holden stands outside Our Lady of Lourdes Catholic Church on April 2, 2021. 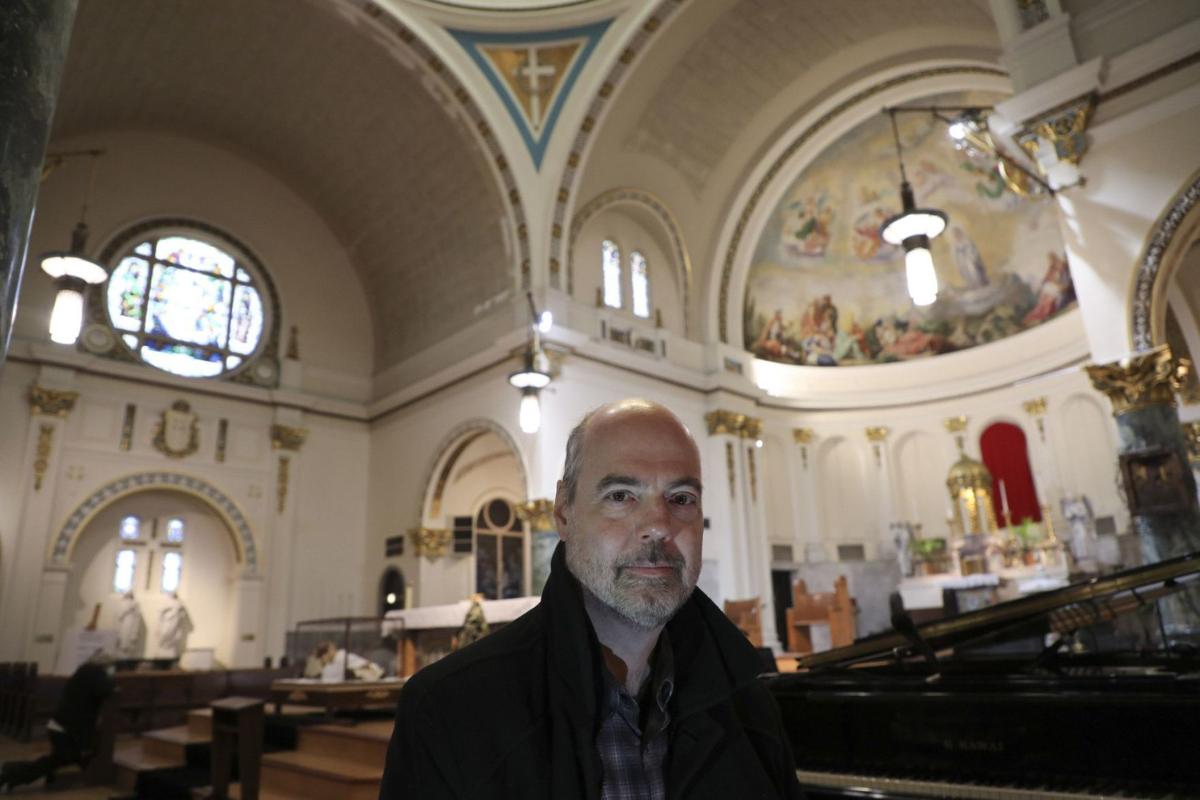 John Holden inside Our Lady of Lourdes Catholic Church on April 2, 2021. Holden, whose grandparents married in this church in 1924, has been visiting Chicago-area churches that may close in the future. He calls it a "pilgrimage of doomed churches."