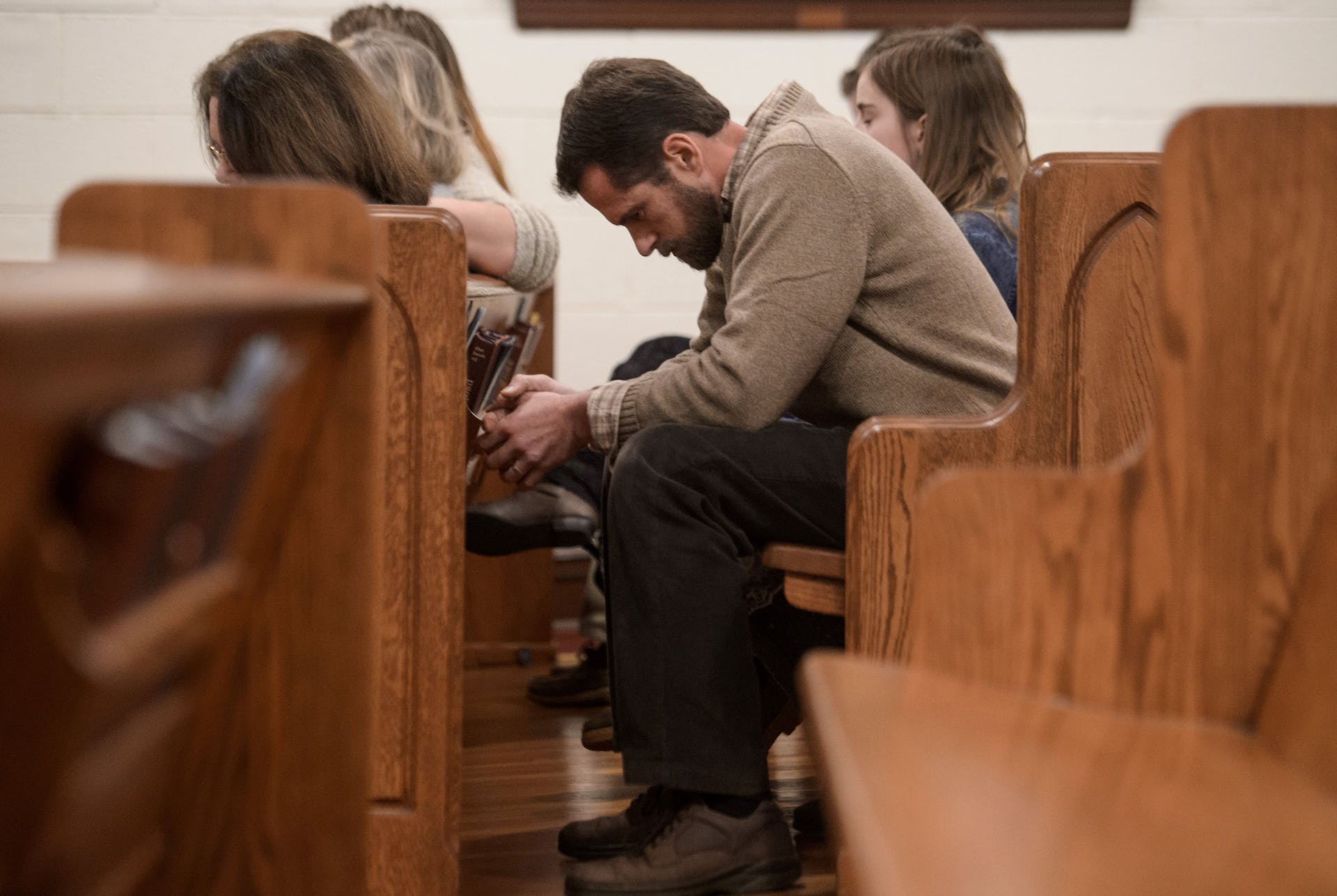 Young evangelical Christians are facing a dilemma whether to follow in the footsteps of their parents or pursue other choices. Nicholas Kamm/AFP via Getty Images

The extent to which the number of white evangelicals have declined in the United States has been laid bare in a new report by the Public Religion Research Institute’s 2020 Census on American Religion.

The institute’s study found that only 14% of Americans identify as white evangelical today. This is a drastic decline since 2006, when America’s religious landscape was composed of 23% white evangelicals, as the report notes.

Along with a decline in white evangelicalism, the data indicates a stabilized increase in the number of those who no longer identify as religious at all. Scholars of religion refer to this group as “nones,” and they make up about a quarter of the American population. These statistics are even more drastic when considering age. In short, older Americans are much more religious than younger Americans, while millennials are likely to not practice or identify with religion.

This data is significant. Even though white evangelicals tend to be politically vocal and influential, several are known to be leaving the faith.

Increasingly, scholarship is tracking the emergence of those defecting from religion. Religious studies scholar Elizabeth Drescher’s 2016 book, “Choosing Our Religion,” examines numerous cases in which people transition away from their faith. She notes that people leaving evangelicalism “tended to express anger and frustration with both the teachings and practices of their childhood church.”

Although the statistics are sure to capture the attention of various readers, the data can give only limited insights into the more nuanced perspectives specific to critiquing white evangelicalism.

Over the past six years, I have been part of a team of scholars from various disciplines and universities examining the hesitancy and rejection of younger individuals either leaving or attempting to reform evangelicalism in America. Some younger evangelicals are disenchanted with their faith traditions’ staunch and divisive political positions and how theology has been used to prop up these positions.

Between 2010 and 2018, I conducted over 75 interviews with those dissatisfied with their evangelical faith and observed multiple white evangelical megachurches.

My interviewees, all white, were typically in their late 20s to early 40s and highly critical of the Christian faith of their youth. These interviewees respond differently to their dissatisfaction. Some completely leave their faith while others try to reform their faith from within. For the majority, church was a major part of their social life, and they described rigid expectations to defend their theology, politics and spiritual communities to outsiders.

Several of those interviewed during my research mentioned how politics had influenced the theology of white evangelicalism in the United States. Rob, who resides in Florida and spent the majority of his early adult life as a musician in a white evangelical megachurch, told me that his church preached “God, country and the Republican Party.” He was even taught as a teenager that “Jesus was definitely a Republican,” and he characterized God as “quite angry, a cosmic referee” seeking to regulate the lives of the faithful. Today, Rob identifies as a progressive Christian and holds a much more generous view of his god.

My research shows some younger evangelicals are fatigued with white evangelicalism’s allegiance to the Republican Party and to specific stances on racism and sexuality. White evangelicals categorize these issues as a “culture war” for the soul of America – an internal struggle for who will define and decide the future of America.

By framing these issues as a cultural battle, white evangelicals maintain an embattled posture targeting a list of such enemies as liberals, secularists and atheists. As sociologists Andrew Whitehead and Samuel Perry note in their study of Christian nationalism, white evangelicals maintain a “collective desire to protect their cultural-political turf.” 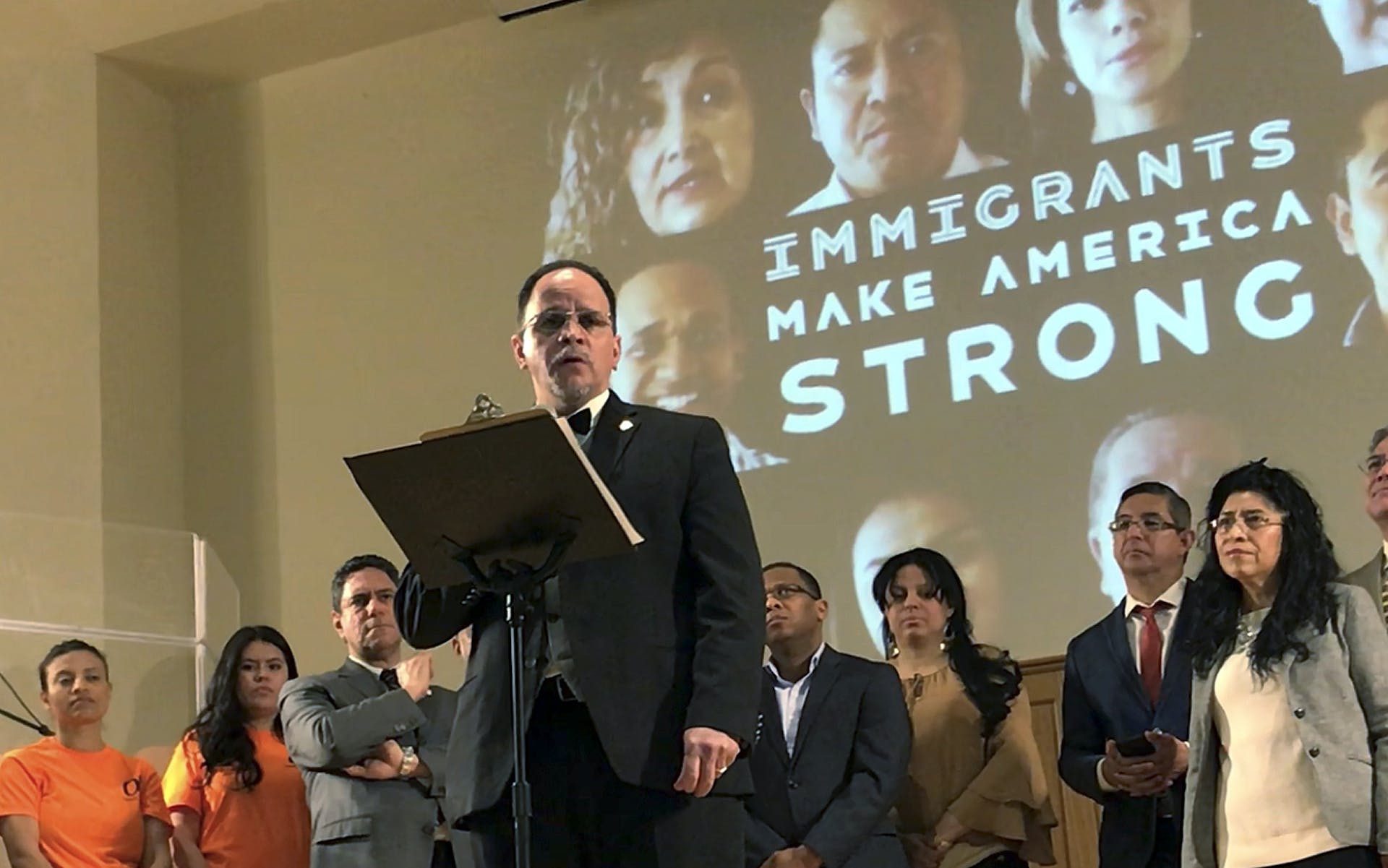 Some evangelicals have taken a position against restrictive immigration policies. AP Photo/Sarah Betancourt

However, Jerry, one of my interviewees who lives in North Carolina and grew up Methodist, cited the white evangelical position against restrictive immigration policies as a reason to question his faith. Today, Jerry identifies as spiritual but not religious; while still an evangelical, Jerry explained, “When it came to issues of immigration, we wanted our kids to know what it means to be an outsider. We want our kids to have a global experience.” His theological interpretation of the Bible at that time taught Jerry to welcome outsiders, and he applied this to national borders.

Political changes can shift religious beliefs. Jerry’s growing cultural awareness eventually replaced his evangelical interpretation of Scripture. He notes, “As opposed to looking to the Bible or church for answers, let’s have a multicultural world perspective to answer those questions.”

Likewise, Sarah grew up in Kentucky, spending much of her childhood in church services, Bible studies and Christian camps within a Baptist denomination. “Part of me likes the idea of church,” she says, “but I think I like the idea of just helping people more. That’s my idea of what a Christian is, someone who helps others.” She admits this while maintaining that for her personally, religious identity is unimportant.

Sarah’s involvement in poverty alleviation in Kentucky influenced her attitudes on how she sees white evangelical worship today: “The way that the church operates in Kentucky is so backwards. It’s all about the self. About pleasing yourself. It’s all white, middle- to upper-class people watching a big screen with a full band. I think that’s probably the opposite of what Jesus wanted.”

[Explore the intersection of faith, politics, arts and culture. Sign up for This Week in Religion.]

Why is this happening now?

For those trained and disciplined within white evangelicalism, the insular and authoritarian nature of the faith often creates circumstances where questioning or critiquing the faith seems impossible and can lead to shunning.

Brandy, in Tennessee and raised a Baptist, recounted that her family actually held a religious intervention, with a screen, PowerPoint and projector, after she stopped attending her family’s church. She experienced ostracization: “I felt rejected, overlooked, looked down upon,” she says. “I felt apart from the community.” Brandy is still a Christian and attends another more progressive church regularly, but her evangelical family refuses to accept her church as legitimate.

This is only a sample of interviewee comments I heard indicating a growing disaffection with the political stances and alliances of white evangelicalism. They represent a growing movement of “exvangelicals” – those who grew up in the faith but have since abandoned it.

The staunch resistance to civil unions, transgender rights and women’s equality, along with the inability of white evangelicalism to grapple with its racialized and patriarchal structures, is misaligned with some of these younger perspectives today.

As the report indicates, many millennials are simply rejecting traditional forms of religion altogether.

Terry Shoemaker does not work for, consult, own shares in or receive funding from any company or organization that would benefit from this article, and has disclosed no relevant affiliations beyond their academic appointment.

Watch now: How a Carbondale group is raising funds for Afghan evacuees

How to introduce pet cats to each other

Ways to save on holiday shopping

Ways to save on holiday shopping

Five of the healthiest fruit juices

Five of the healthiest fruit juices

How to keep your pet safe on Halloween

How to keep your pet safe on Halloween