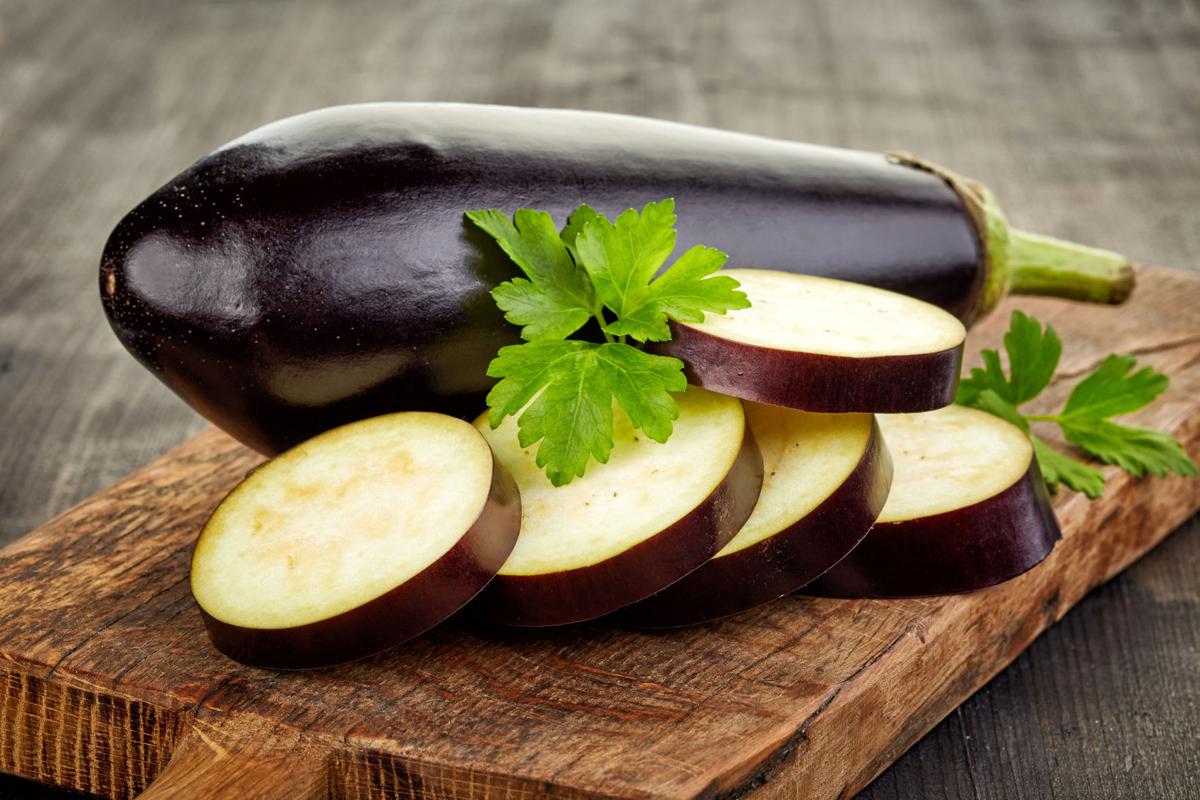 When picking an eggplant, choose one is that is firm and heavy. 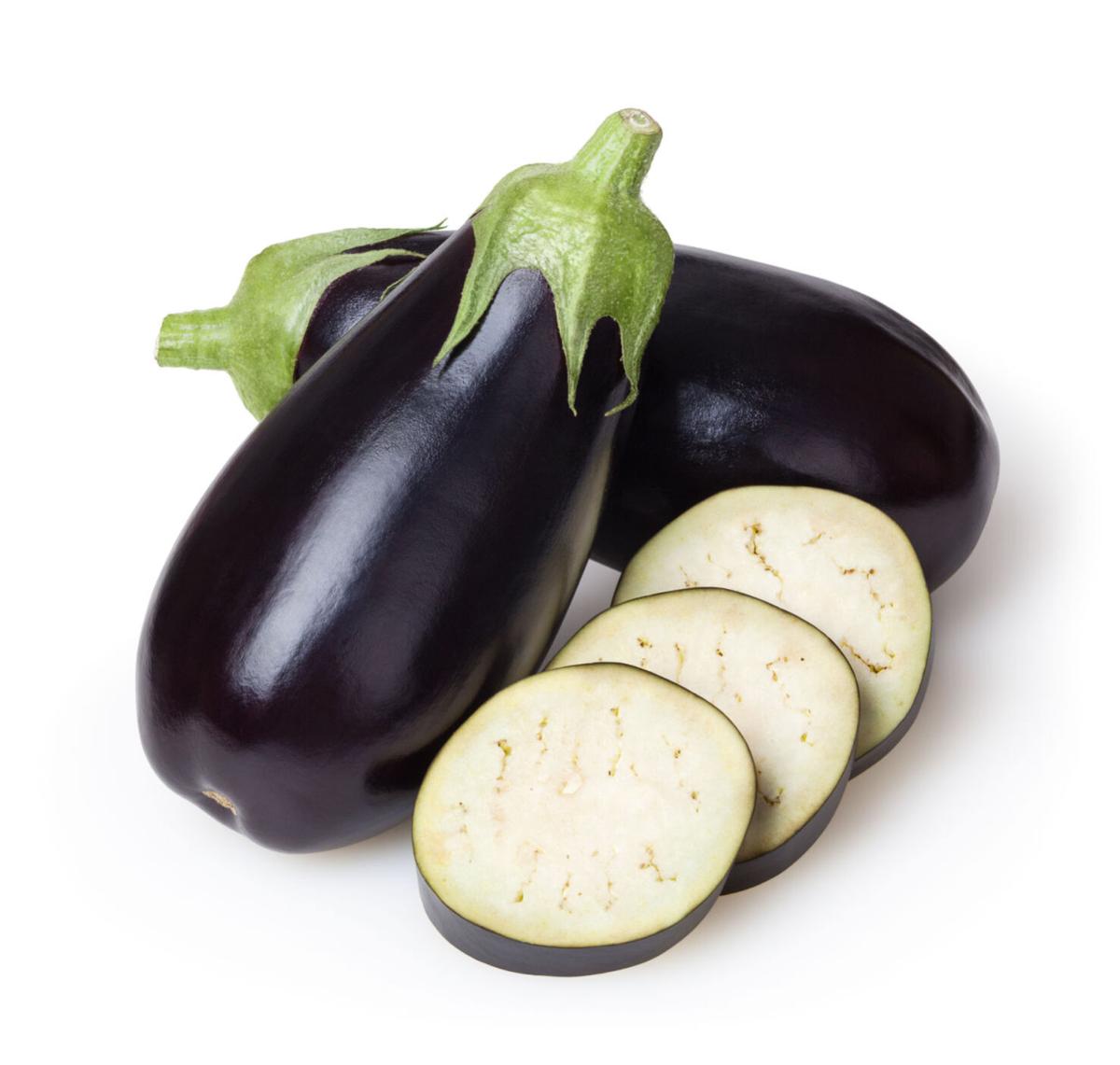 Putting in the time to tame this fruit eaten as a vegetable is well worth it.

An aubergine in Ireland and brinjal in South Africa, the eggplant is prominent in many cuisines. Those who live in the southern United States may know it as a guinea squash. We are most familiar with the large bulbous purple shape, but eggplant comes in different colors and many sizes. No matter its name or color, the eggplant is in the nightshade family, so those who are allergic or intolerant of nightshade plants should avoid it.

While the eggplant is incredibly versatile, it has a tendency to intimidate home cooks — maybe because they can also be persnickety. If you get an eggplant that is dry and bitter when cooked, it will ruin you forever on the vast possibilities eggplant brings to the kitchen.

Putting in the time to tame this fruit eaten as a vegetable is well worth it. Bringing out the eggplant’s creamier sweet side is as easy as treating it with care and learning its peculiarities. Such is the case with any relationship! Cultivating the relationship will also take time.

Choosing the best eggplant is straightforward. Just give it a squeeze! It should be firm and feel heavy. If it is spongy and gives in, pick another. Spongy eggplants soak up too much oil or moisture and will not turn out well when cooked.

Recipe | Moussaka with an Italian Twist

Eggplant does not store well and should be used within a couple of days after purchase. Eggplant will keep well overnight at room temperature but cold temperatures will cause it to deteriorate quickly. The optimal temperature is around 50°F, but keep eggplant away from ethylene-producing foods like apples and tomatoes. The ethylene will cause the eggplant to break down faster.

You can cook eggplant in many ways. It is good grilled, roasted, baked, and fried in cubes or slices. Stuffed with meat or grains or incorporating into stews and casseroles help provide flavor. Common recipes that use eggplant include babaganoush, moussaka and ratatouille. If you frequent Italian restaurants, you have likely seen — maybe even eaten — eggplant Parmesan.

To salt or not to salt?

If you are new to eggplant, you may wish to salt slices or cubes before cooking. This will draw out any bitterness. Some recipes call for this step, while others do not. If you have an eggplant recipe that does not call for salting, you can still use the method before preparing the dish.

To salt slices, lay them on a wire tack lining a baking sheet. Salt both sides of each slice and let them sit for about 30 minutes. You will see liquid forming in the baking sheet under the slices. Sometimes this liquid is brown, which is okay. Before cooking the eggplant, rinse the slices and dry them thoroughly, otherwise your dish will be too salty.

Once you begin cooking with eggplant and conquer its mysterious side, you will uncover recipes galore. You may even begin experimenting with your own. Just don’t be deterred. Eggplant seems to like challenging us to tame it.

Taco Bell is bringing back potatoes

Taco Bell knows you're upset about losing potatoes. It's sorry, and it's bringing them back.

4 things to know about the health benefits of mushrooms

Mushrooms are often placed in the vegetable category for dietary recommendations, but they are actually fungi. Here's what else you should know.

What the heck are anti-nutrients and are they something you need to be concerned about in your diet?

A well-stocked pantry helps meals come together quickly at home

For better or worse, 2020 created many new home cooks. According to an Acosta study published this past September, 55% of people surveyed are …

When picking an eggplant, choose one is that is firm and heavy.

Putting in the time to tame this fruit eaten as a vegetable is well worth it.