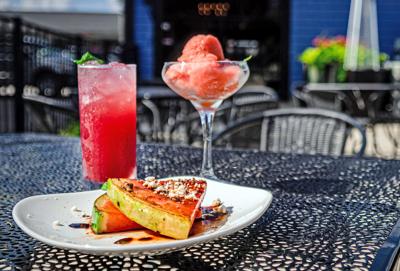 A native son of southwestern Indiana, Jeremiah Galey was raised on the flavors of Posey County summer produce — mainly corn, tomatoes and watermelon.

“I'm unabashedly out-of-the-box,” he says. “You'll likely catch me trying something absurd in the kitchen just to see what happens.”

Searing watermelon slices in a cast-iron skillet is just one example.

“Since it's grilling season, I like to grill things people may not expect,” Galey explains. “Grilled romaine is excellent. Any type of fresh vegetable you put in front of me usually ends up on the grill or smoker. I like to use citrus when possible, too — say a nice orange balsamic vinaigrette on a salad with grilled radicchio, goat cheese and shaved fennel.”

Like many locavores, Galey admits he really only works with watermelon in-season during the summer to make the most of its peak flavor.

“I created the watermelon cocktail featured here at Amy’s, and it’s been selling like wildfire,” he says. “Juicing a watermelon is so easy with a blender or food processor; you only lose a tiny amount of pulp, so utilizing fresh watermelon juice was a no-brainer.”

Even with all of his creative experimenting, Galey concedes that the simple approach to fresh watermelon is sometimes the best way to go.

“Just slice and eat!” he laughs. “I'm from the country, though, so I'm liable to drill a hole in it, dump a bottle of booze in and slice it up the next day.”

For those days when you find yourself with extra watermelon on hand and a thirst for using it in three unique ways, try these recipes straight from the heart of watermelon country, each with seven ingredients or less.

The ever-versatile watermelon is the star of this sweet-and-savory side dish mash-up featuring a balsamic reduction, Tajín seasoning and feta cheese.

Watermelon juice and grenadine make this gin cocktail recipe as colorful as it is delicious.

This dairy-free dessert recipe makes the most of juicy watermelon with just five ingredients.

Fresh pork belly has long been adorned the world over. It’s finally becoming a staple in the U.S. for more than just bacon.

Know your cooking oils: When and how to use each

Choosing the best oil for the job can be tricky. We explain a baker’s dozen from their smoke points to their flavor profiles and potential health benefits.

Pig out with 3 pork recipes from a Michelin-starred chef

With two restaurants and three Michelin stars, chef Ryan Ratino coaxes the most flavor out of one of his favorite ingredients: pork.

Is butter a carb? And other burning questions about sugars, starches and what it all means for your health.

Watch Now: How to deal with constant anger

TikTok says it now has over 1 billion monthly active users

TikTok says it now has over 1 billion monthly active users 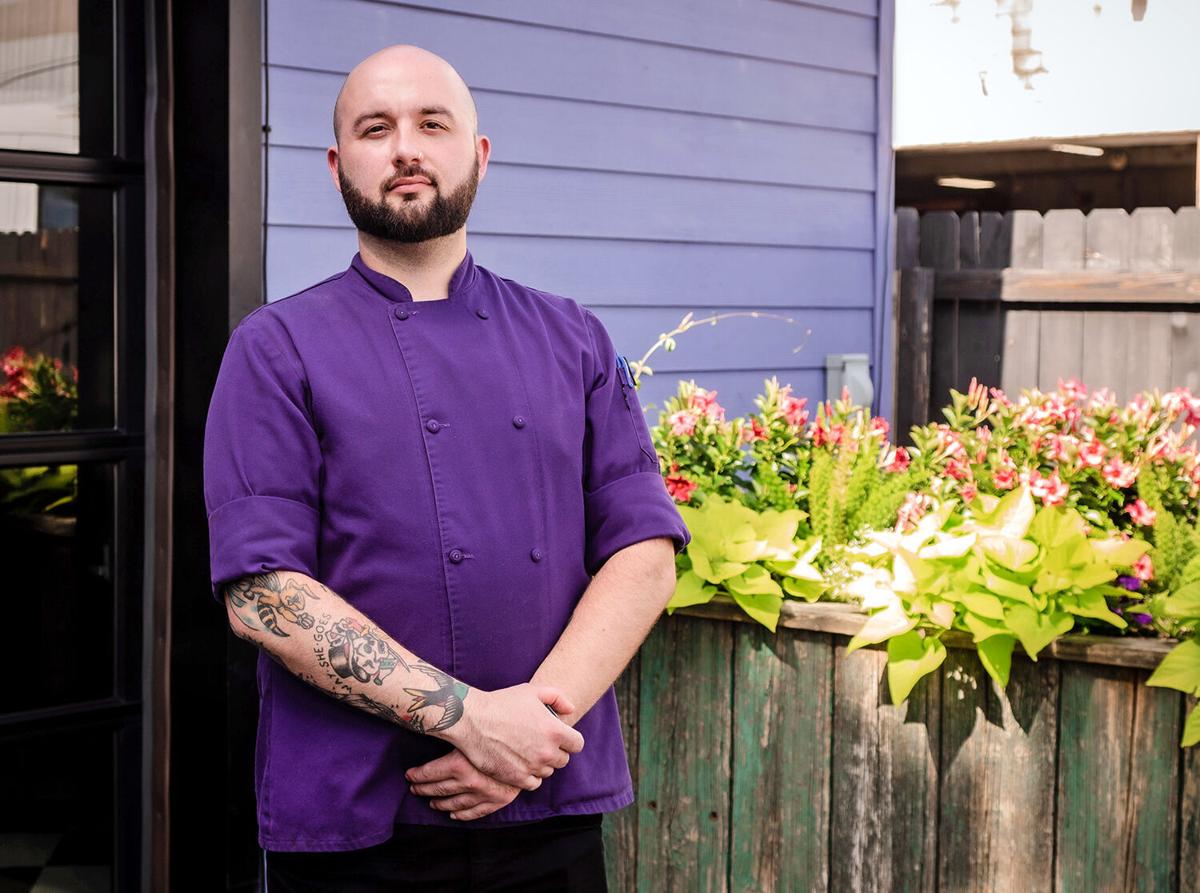 Jeremiah Galey, executive chef at Amy's on Franklin, uses watermelon in unconventional sweet and savory ways at the restaurant. 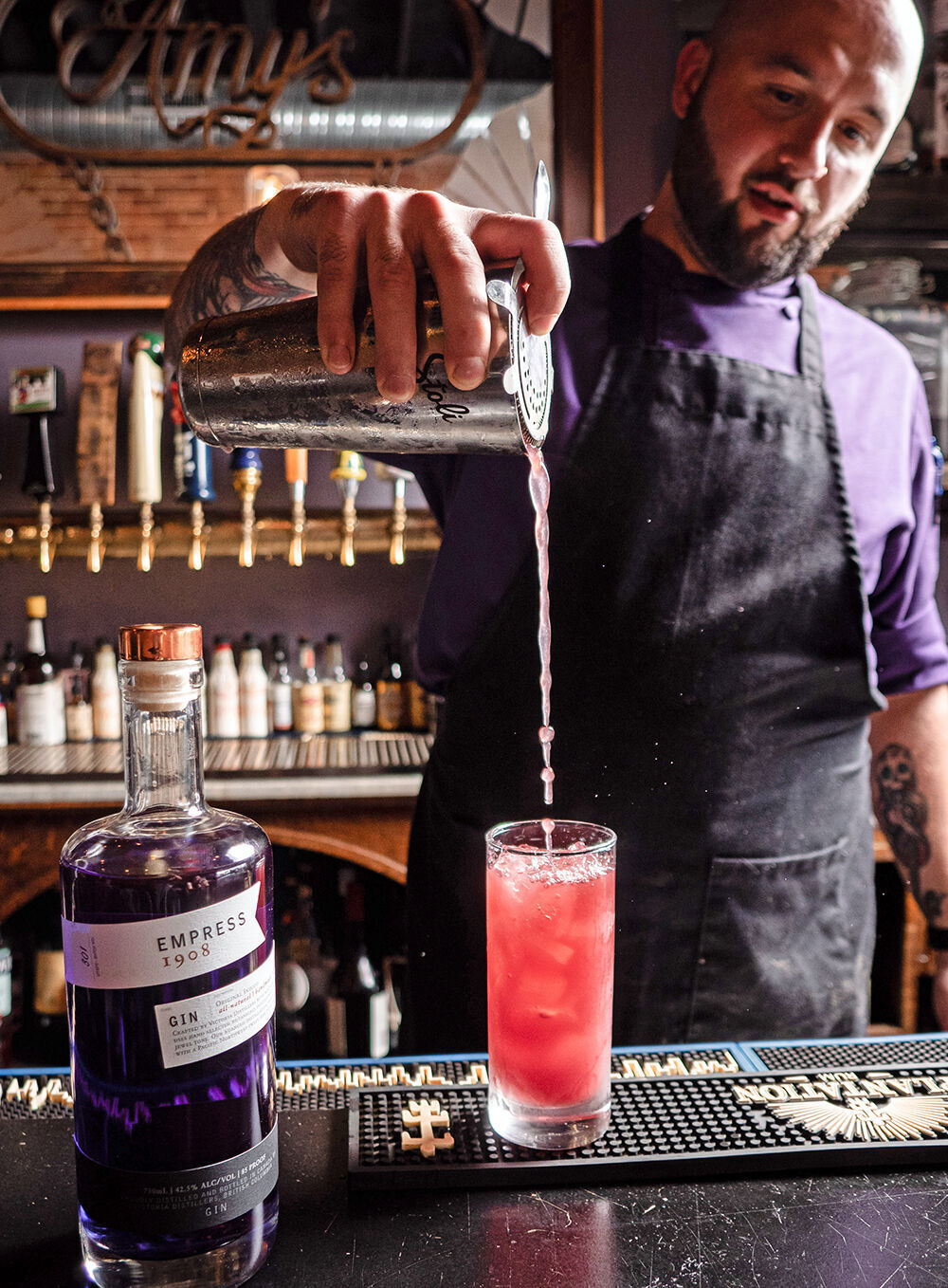