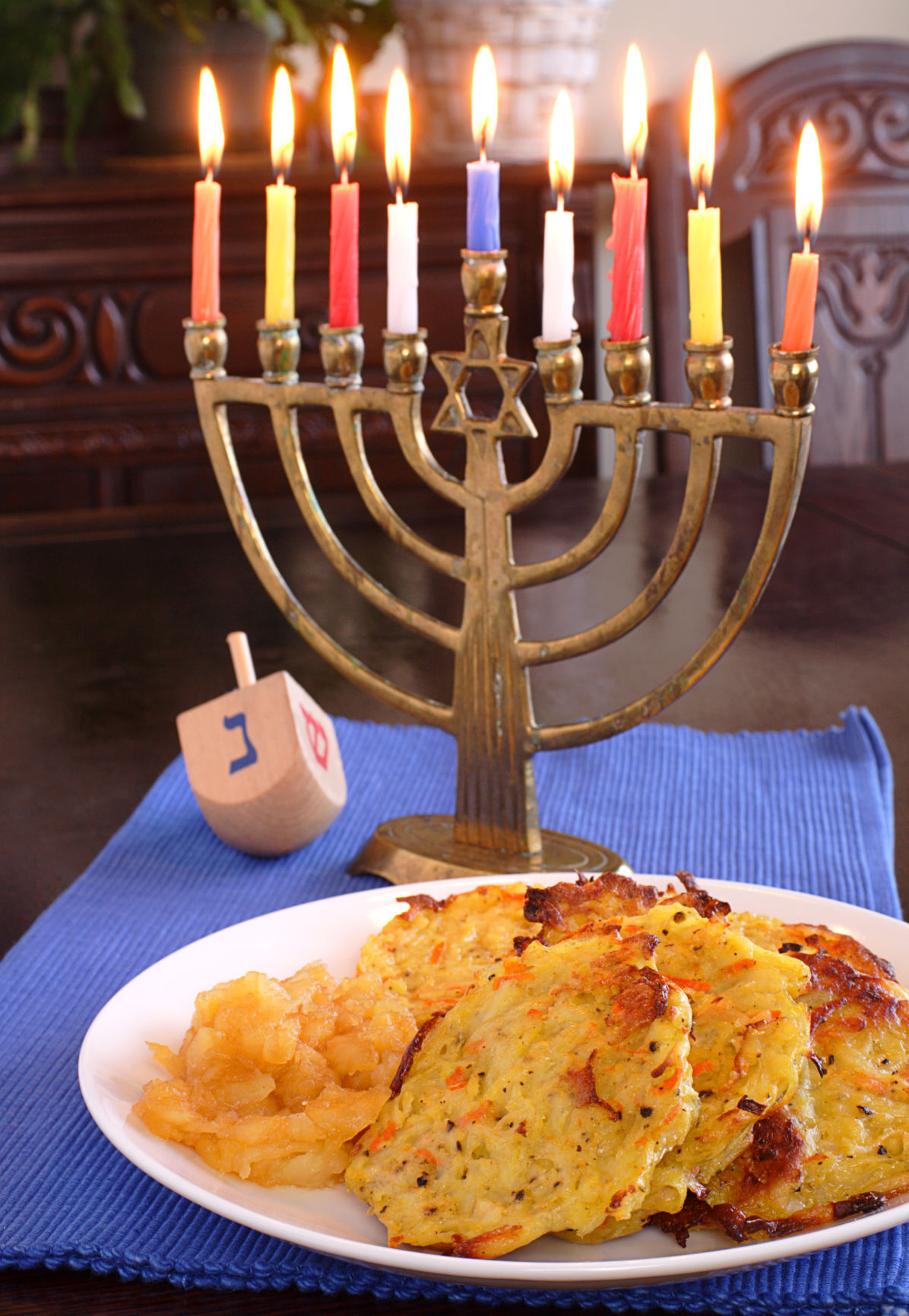 Latke is a Yiddish work for "little oily thing," and they're eaten at Hanukkah to celebrate the miracle of the oil that burned for eight nights. 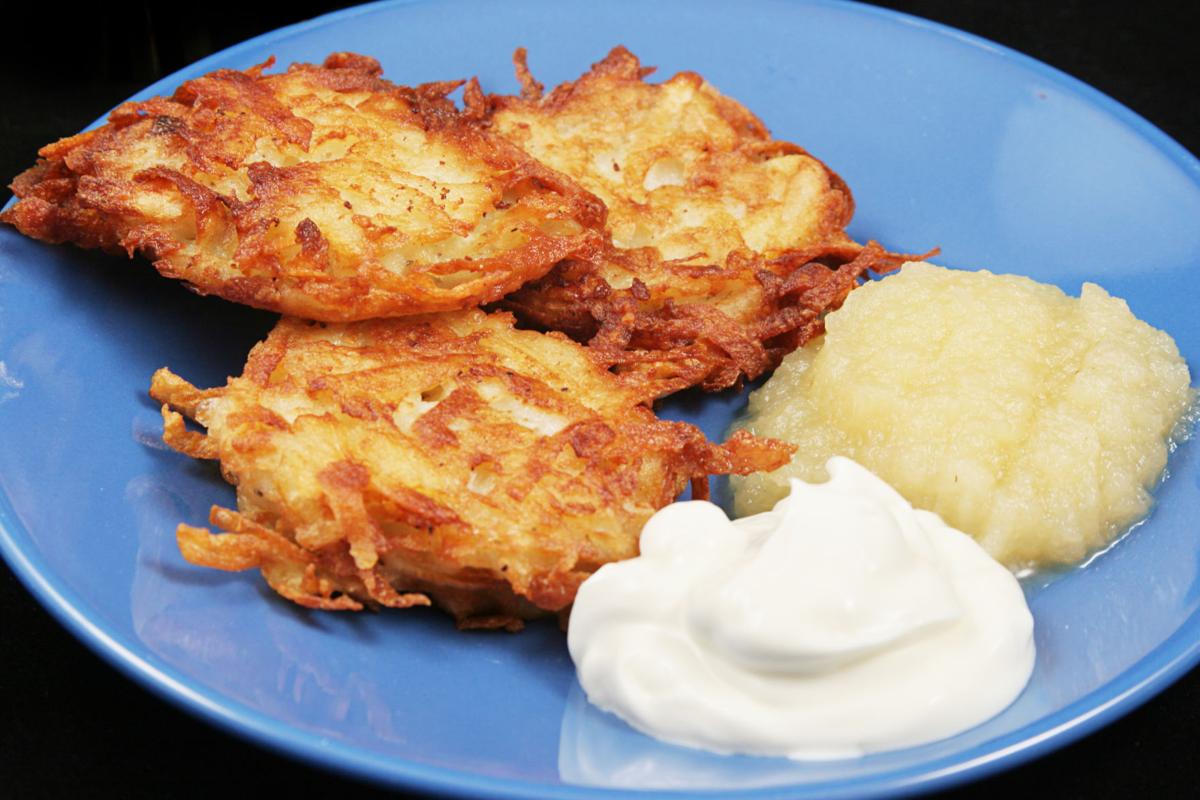 Latkes are seen served with sour cream and applesauce. 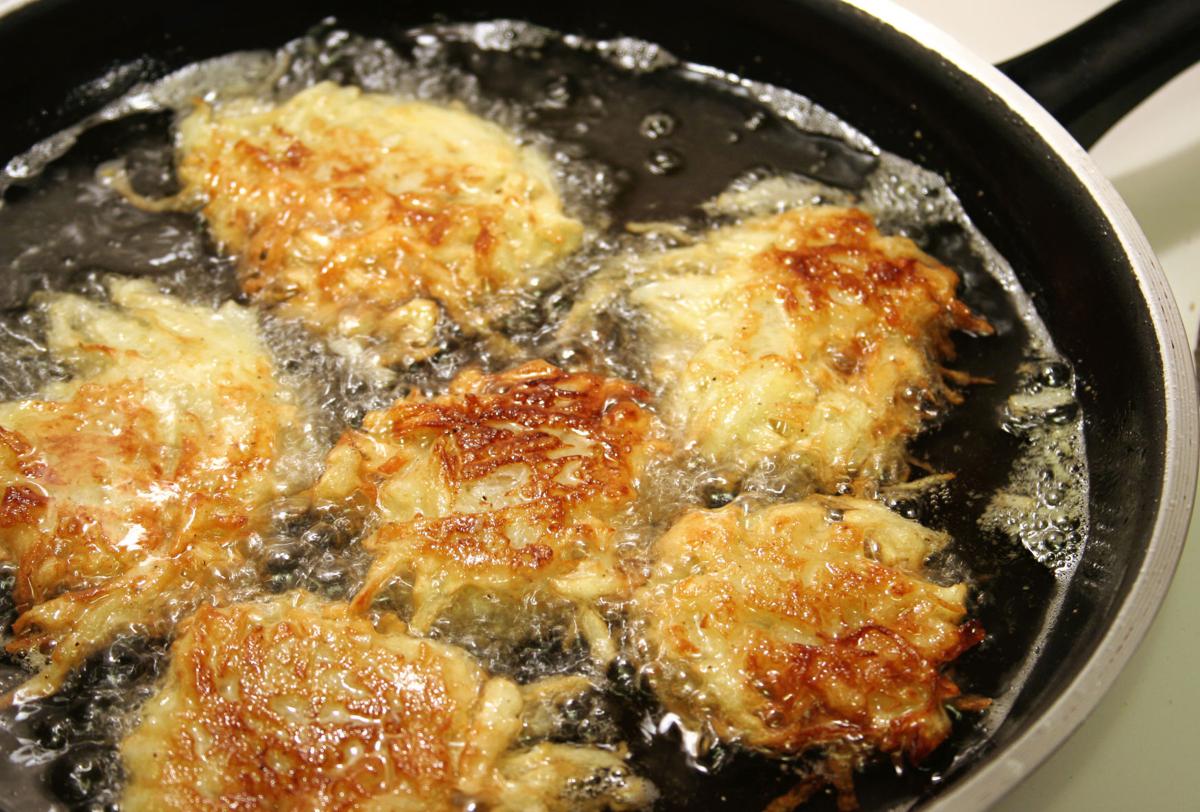 Latke recipes are simple enough, but it may take some practice to get them just right.

Hanukkah is an eight-day Jewish festival that reaffirms Judaism. Also known as the Festival of Lights, Hanukkah celebrates the rededication of the Second Temple of Jerusalem. The lighting of a candle on each of the eight days of the celebration signifies the miracle of the oil, and latkes are eaten as a reminder of that miracle.

In 164 BCE, Antiochus IV tried to force Greek customs and religion onto the people of Israel. In doing so, the Temple of Israel was desecrated. Over the next three years, Judah Macabee and his followers fought to overthrow the king and retake the temple. The temple was rebuilt, but when the survivors began to rededicate it, they found only enough oil to burn for one night. Miraculously, that oil burned for eight nights until new sanctified oil could be found. The story isn’t quite so simple, but Hanukkah celebrates this miracle.

So why, then, are latkes eaten during Hanukkah? Latke is a Yiddish word that means “little oily thing,” and celebrating a miracle of oil with a little oily thing seems apropos. Latkes are traditionally made with potatoes that are cooked in oil in a pancake style.

The history of the latke is old and the origin is unknown. Jews in Spain and Italy were eating latkes made with ricotta cheese prior to the Spanish Inquisition. Latkes were made with rye in Polish countries in the 1500s until rye crops failed and potatoes came to the rescue. The people adapted and the potato latke was born … we think.

While we associate the latke with Jewish faith and food culture, potato pancakes are found in many European cultures. The Swedish have the “raggmunkar” and Irish have the “boxty.” The “kartoffelpuffer” is the German version, while the Polish call them “placki ziemniaczane.” The British simply call a latke what it is — a potato cake. In American food culture, we tend to call them potato pancakes unless our individual heritage dictates otherwise.

Jewish families have their own latke recipes that have likely been passed down through many generations. There also seems to always be that one person in the family who is really good at making them and bears the responsibility each Hanukkah season.

Potatoes, onion, flour or matzo meal, and eggs are all you need to make latkes. The key is to use a russet potato and avoid high moisture boiling potatoes as they tend to be too waxy. A good tip for non-latke experts is to use potato flakes to replace all or part of the flour. Just don’t tell your grandmother or you may hear her call you “meshugana” — slightly nonsensical.

The potatoes are shredded, which means you’ll need to remove excess moisture from the potatoes. This is a very important key to success and will create crispier latkes. Remember, too, that shredded potatoes brown quickly, so having acid or the juice from the onion to toss them in will prevent this from happening. The recipe is simple enough, although it may take some practice to get them “just right.” Some people like them thin and crispy like hash browns while others like them a little puffier and more like pancakes.

No matter how you celebrate this season, give a nod to the potato latke and its significance in Jewish faith and culture. It’s a basic little oily food that holds much history.

Few things make for a better dinner during the coldest days of winter than a hearty bowl of chili, but it’s nice to have something to break up the monotony. Enter: cornbread, the lowkey star of winter sides.

How to Cook Shrimp in an Air Fryer

Seafood lovers rejoice! You're not out of the air fryer game just yet. This garlic shrimp takes just four minutes to cook in the air fryer and is absolutely delicious.

Latke is a Yiddish work for "little oily thing," and they're eaten at Hanukkah to celebrate the miracle of the oil that burned for eight nights.

Latkes are seen served with sour cream and applesauce.

Latke recipes are simple enough, but it may take some practice to get them just right.