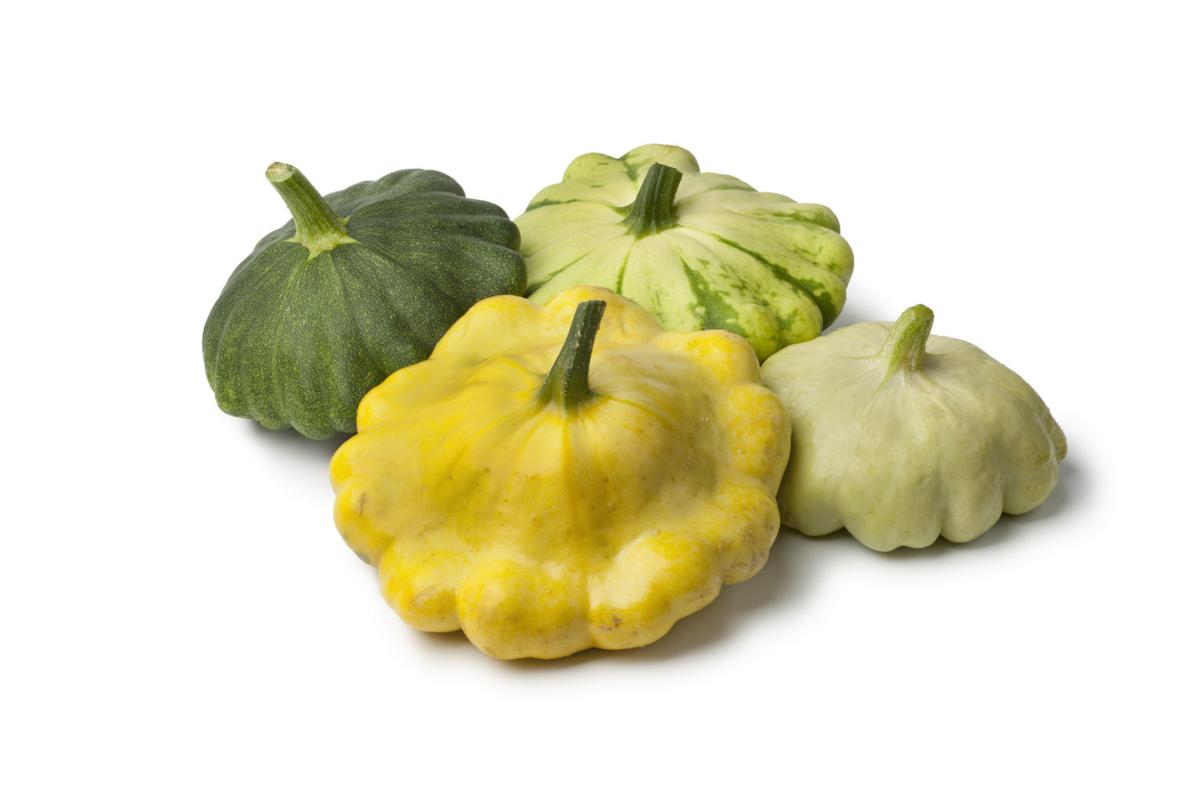 You may not see pattypan squash at the grocery store very often, but you will find this fun vegetable at local farmers markets. 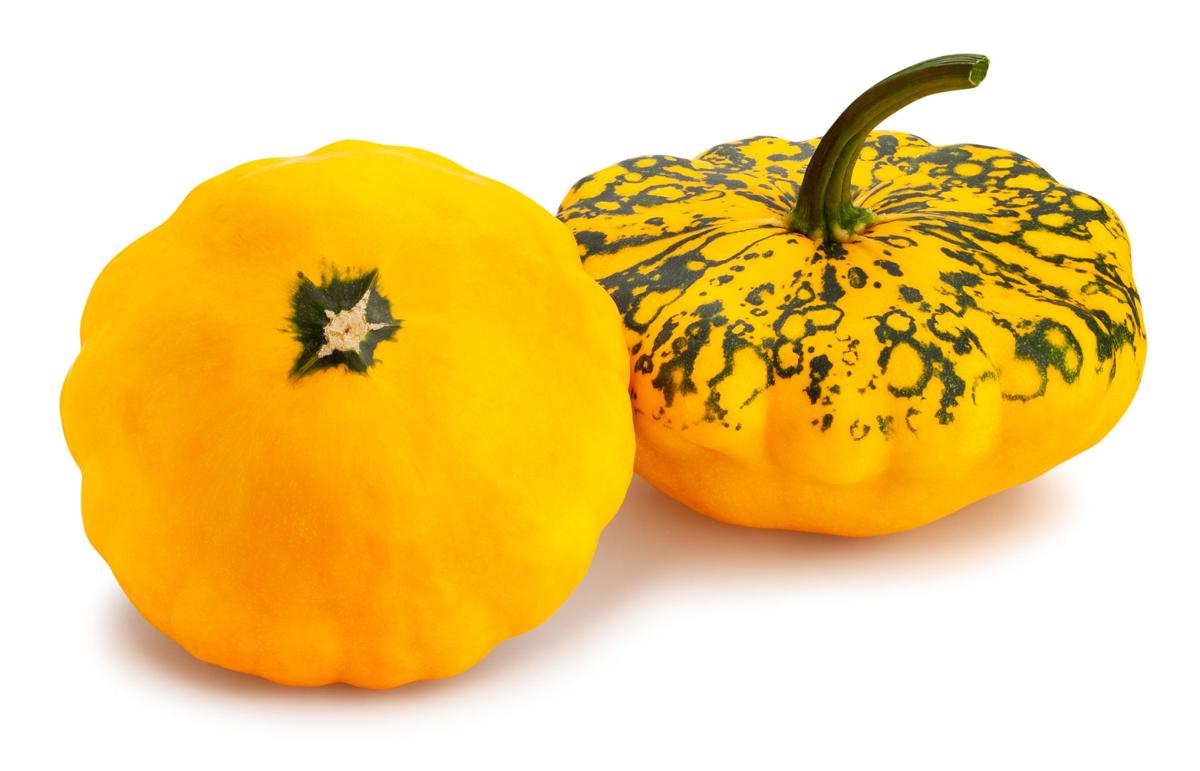 The pattypan squash has a buttery flavor.

One of our more unique summer vegetables, the pattypan squash makes even the most picky eater smile. Its flying saucer shape with scalloped edges and toy-like size entices kids to eat their vegetables.

Their name is derived from the French pâtisson — a cake baked in a scalloped baking pan — and they come in yellow, white, and green varieties. The pattypan is most tender when it is two or three inches in diameter, and they are usually harvested when they are young.

The pattypan squash has a buttery flavor that many think tastes more like olive oil. This mild flavor makes the pattypan very versatile and suitable in a variety of dishes. The soft flesh is often scooped out, combined with other ingredients, and stuffed back in for a savory baked squash.

While less common in our collective cooking repertoire than zucchini yellow squash, the pattypan has been a part of the North American diet for several hundred years. Northeastern tribes grew the heirloom white scallop variety as early as 1591. Our early colonists considered the pattypan one of the best-tasting and best-yielding squashes.

While the smaller, younger pattypan squash is the most tender, the larger ones are still very good to use in your recipes. They will keep for about a week in the refrigerator. Pattypan squash are easy to use. There is no need to peel them, just treat them like other summer squash varieties.

There are many ways to prepare pattypan squash. You can slice the larger ones into disks and grill them with pizza toppings — the squash becomes the pizza crust. Slice them and prepare them just like preparing eggplant for parmesan and smother with red pasta sauce.

Smaller ones can be sliced and pickled or pickled whole. Slices can be breaded and pan fried. Slice or chop them for casseroles and soups. Steam, bake, or boil them, just be sure to poke them a few times with a fork or the tip of a knife to release any pressure while cooking. You can also eat them raw. Just add them to salads or as part of a vegetable tray. Scoop out the inside and use the pattypan as a bowl for your dip … then eat the squash, too!

Freeze pattypan squash by blanching it first to remove any bacteria. Place slices in boiling water for about three minutes, then shock the squash in an ice bath. Place the squash in airtight freezer containers and freeze for up to a year. Frozen squash is best used in cooked recipes.

You may not see pattypan at the grocery store very often, but you will find this fun vegetable at local farmers markets.

Niki Davis is the creator of Rooted in Foods food heritage blog. You can find her at www.rootedinfoods.com.

While Thousand Island salad dressing is common on Reuben sandwiches, the early deli versions often used Russian dressing. This recipe is a nod…

You can’t go wrong with a good biscuits and gravy recipe, and this is a great one from Indianapolis chef Neal Brown.

Recipe of the Day: Sesame Noodles With Spicy Peanut Sauce

When you want to get a little creative with your sides, whip up this easy sesame noodle recipe with a spicy peanut sauce.

Cooking sausage isn’t hard, but you’ve got a lot of options when it comes to the savory links — from smoking to baking and everything in between.

Taste | Brisket, corned beef, and pastrami, oh my! — The origin of the 'deli'

What do you imagine when you hear the word “deli”? Do you think about the grocery store department where you get your weekly cold cuts and che…

The Oaxacan street food is pizza-esque with beans, sausage and toppings on a tortilla shell base.

Grilled desserts? Absolutely! This grilled pineapple sundae is the perfect addition to your cookout

Grill pineapple to caramelize the sugars and bring out the sweetness, pair with ice cream for a cool summer dessert.

Butcher talk: How to order at the meat counter

Walk into your butcher shop with confidence! We’re talking cuts, freshness and how much you should pay for meat.

This sausage recipe can be made in a wok or wide skillet and is perfect with a cold beer.

You may not see pattypan squash at the grocery store very often, but you will find this fun vegetable at local farmers markets.

The pattypan squash has a buttery flavor.