In 1990, internal medicine specialist Dr. Dean Ornish did what no other doctor had been able to do: He published results of a randomized clinical trial that used advanced imagery scans to show coronary artery disease could be reversed with nothing more than diet, exercise, stress reduction and social support.

"I think our unique contribution has been to use these very high-tech, expensive, state-of-the-art scientific measures to prove how powerful these very low-tech and low-cost interventions can be," said Ornish, a professor of medicine at the University of California, San Francisco.

Today, Ornish is trying to do for the brain what he did for the heart. At his nonprofit Preventive Medicine Research Institutein California, he's using the same four lifestyle interventions to see if early-stage Alzheimer's can be "slowed, stopped or even reversed" without the use of drugs, devices or surgeries.

"What's good for your heart is good for your brain and vice versa," Ornish said. "Prior studies have shown moderate changes in lifestyle can slow the rate of progression of dementia and Alzheimer's. So, my hypothesis is that more intense lifestyle changes could stop or even reverse the decline."

The original study on heart disease was small -- 28 people were in the experimental group Ornish then followed for five years. Some skeptics criticized the program for its small sample size and said there was no way people could remain on the program's stringent plant-based diet without supervision.

In the Ornish meal plan, no more than 10% of one's daily calories can come from fat. To accomplish that, all animal products besides egg whites and one cup of nonfat milk or yogurt each day are banned. (This doesn't apply to the Alzheimer's study.) Whole grains, fruits, vegetables and legumes are the basis of the diet, along with a few nuts and seeds. Refined carbohydrates, oils and excessive caffeine are avoided, but up to two cups a day of green tea are allowed.

"It's low-fat, but that's just a small part of the overall diet," Ornish said. "It's essentially a vegan diet, low in fat and sugar, eating foods as close as possible to nature."

The program also includes an hour a day of yoga-based stress management using stretching, breathing, meditation and relaxation techniques. Strength training and walking or other aerobic exercise are required for 30 minutes a day or an hour three times a week. Smoking is not allowed.

"There are also support groups," Ornish told CNN, "not just helping people stay on the diet but creating a safe environment where people can let down their emotional defenses and talk openly and authentically about what's really going on in their lives, warts and all.

"That was the part that surprised me the most -- these support groups are really intimate," he added. "Sharing things like 'I may look like the perfect father, but my kids are on heroin,' or whatever. Even by Zoom, they're getting to the same level of intimacy within one or two sessions because there's such a hunger for that."

Ornish calls that part of his program "Love More." He answers skeptics who wonder why intimacy is such an integral part of a plan to reverse disease by pointing to studies on people who are lonely, depressed or isolated.

Those people are "three to 10 times more likely to get sick and die prematurely from pretty much everything" when compared with people who say they have a sense of love, connection and community, Ornish maintained.

"Why? In part because you're more likely to smoke, overeat, stop exercising and other unhealthy things when you're feeling lonely and depressed," Ornish said.

Impact on other chronic diseases

By 1993, insurance giant Mutual of Omaha began reimbursing policyholders for the cost of Ornish's program, making it the first alternative therapy besides chiropractic to win insurance reimbursement. Medicare began covering lifestyle interventions for heart disease in 2006.

"And in October 2021 Medicare agreed to cover my reversing heart disease program when it's done via Zoom, which is really a game changer," Ornish said. "Now we can reach people at home, in rural areas and food deserts wherever they live, which will help reduce health inequities and health disparities."

In the last two decades, Ornish's research has shown the same four-part program can lower blood sugars and heart disease risk for patients with diabetes, reduce prostate cancer cell growth, improve depression within 12 weeks, reduce "bad cholesterol" by an average of 40%, and more.

"With all this interest in personalized medicine, just how is it that these same lifestyle changes stop, and often reverse, the progression of such a wide spectrum of the most common and costly chronic diseases?" Ornish asked.

"Because they all share the same underlying biological mechanisms: chronic inflammation, oxidative stress, changes in the microbiome, changes in gene expression, overstimulation of the sympathetic nervous system, changes in immune function and so on," he said.

"And in turn, each one of these is directly influenced by what we eat, how we respond to stress, how much exercise we get and how much love and support we have," Ornish said.

Those lifestyle improvements likely change the body at a cellular level, he said. A 2008 study found the Ornish program affected some 500 genes in the body via epigenetics, chemical reactions that can activate or dismantle how a gene is expressed.

"After just three months on the Ornish lifestyle program, the research found a number of genes that regulate or prevent disease are turned on, and genes that cause many of the mechanisms that cause all these different conditions are turned off," Ornish said.

"You're not technically changing your genes, but you're changing the expression of those genes with chemical switches, turning them on or off," he said. "So, that means it's no longer all in our genes, making us victims of our genetic fate. We're not victims. There's a lot we can do."

Ornish lifestyle interventions have also been shown to lengthen telomeres, the tips of chromosomes that control longevity and shorten as we age. Ornish did a 2013 pilot study with UC San Francisco biochemist Elizabeth Blackburn, who won the 2009 Nobel Prize in physiology or medicine for her work on telomeres.

"We found that telomerase, the enzyme that repairs and lengthens telomeres, increased by 30% after just three months on the program," Ornish said. "Then we found that people who had been on the program for five years had telomeres that were about 10% longer, a sign that aging is being reversed on the cellular level."

Will these same lifestyle interventions be enough to slow or even reverse cognitive decline in Alzheimer's and other dementias? Time will tell. Ornish's study is still underway and all the data must be gathered, analyzed and peer-reviewed before an outcome can be reported.

"But I believe that it's not one diet and lifestyle intervention for heart disease, another for diabetes or prostate cancer, and yet a different one for Alzheimer's. It's really the same for all these different conditions," Ornish told CNN.

"To reverse the disease, you need to follow the interventions nearly 100%. If you're just trying to prevent disease, then the more you change, the more you improve. But what matters most is your overall way of eating, living and loving so that we can all die young as old as possible."

Challenges in planning or solving problems

Difficulty completing familiar tasks at home, at work, or at leisure

Confusion with time or place

New problems with words in speaking or writing

Misplacing things and losing the ability to retrace steps

Withdrawal from work or social activities

Changes in mood and personality

Monkeypox has peaked but isn't going away

The U.S. outbreak seems to have peaked in August. But experts worry there's a growing blind spot about how the virus may be spreading among men with sexual contact. They say it may never be eliminated.

"Changes following vaccination appear to be small, within the normal range of variation, and temporary."

AHA News: The Benefits of Adding a Drizzle of Olive Oil to Your Diet

WEDNESDAY, Sept. 28, 2022 (American Heart Association News) -- The ancient Greeks were on to something when they referred to olive oil as an "elixir of youth and health." Centuries later, research offers evidence about the benefits of olive oil in our daily diets.

One in five U.S. kids stricken with obesity as nation struggles for solutions to epidemic

Experts agree that lack of access to nutritious food in certain areas, the impacts of poor eating habits during the pandemic and intense weight-related stigma are worsening childhood obesity challenges.

What draws mosquitoes to people's skin anyway? Scientists say there are a few factors to take into account. Get that and more recent health news here:

TUESDAY, Sept. 20, 2022 (HealthDay News) -- They look so cute, grazing quietly in your backyard. But the overpopulation of white-tailed deer across the Northeastern United States could help spread Lyme disease and another tick-borne illness, anaplasmosis, especially in suburban areas, a new study suggests.

Summer swimming season may be over, but you can still get swimmer's ear – and you don't even need to go in the water

Perhaps surprisingly, it’s possible to get swimmer’s ear without a dip in the pool, lake or ocean. Two doctors explain what this painful infection is and how to get rid of it.

WEDNESDAY, Sept. 28, 2022 (HealthDay News) -- It's very frustrating to get a COVID-19 vaccine and then wind up catching the virus anyway.

TUESDAY, Sept. 20, 2022 (HealthDay News) -- The U.S. Food and Drug Administration is warning patients who use a particular insulin pump system that unauthorized people could access it and change how much insulin a patient receives.

Here's how to make better coffee at home

How to reduce your plastic waste

How to reduce your plastic waste 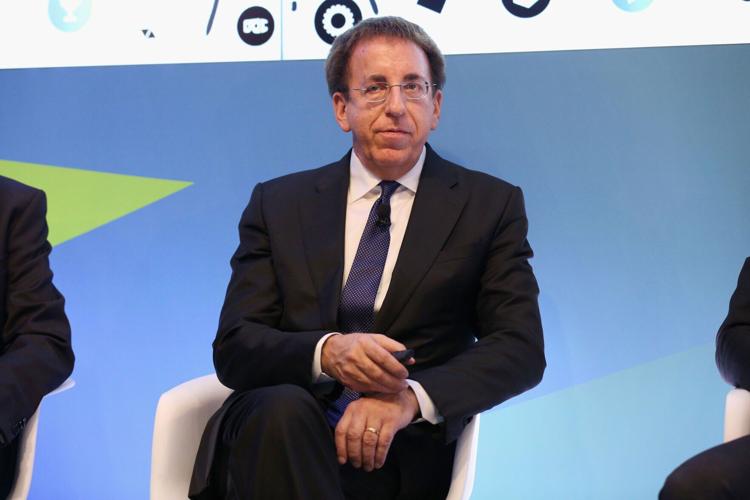 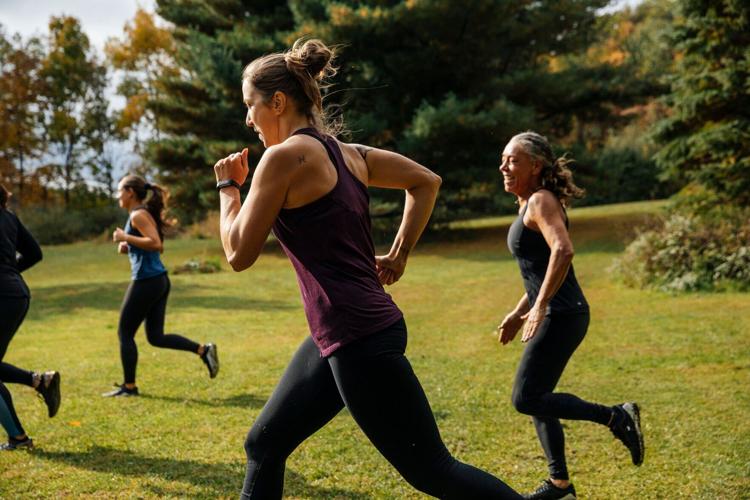