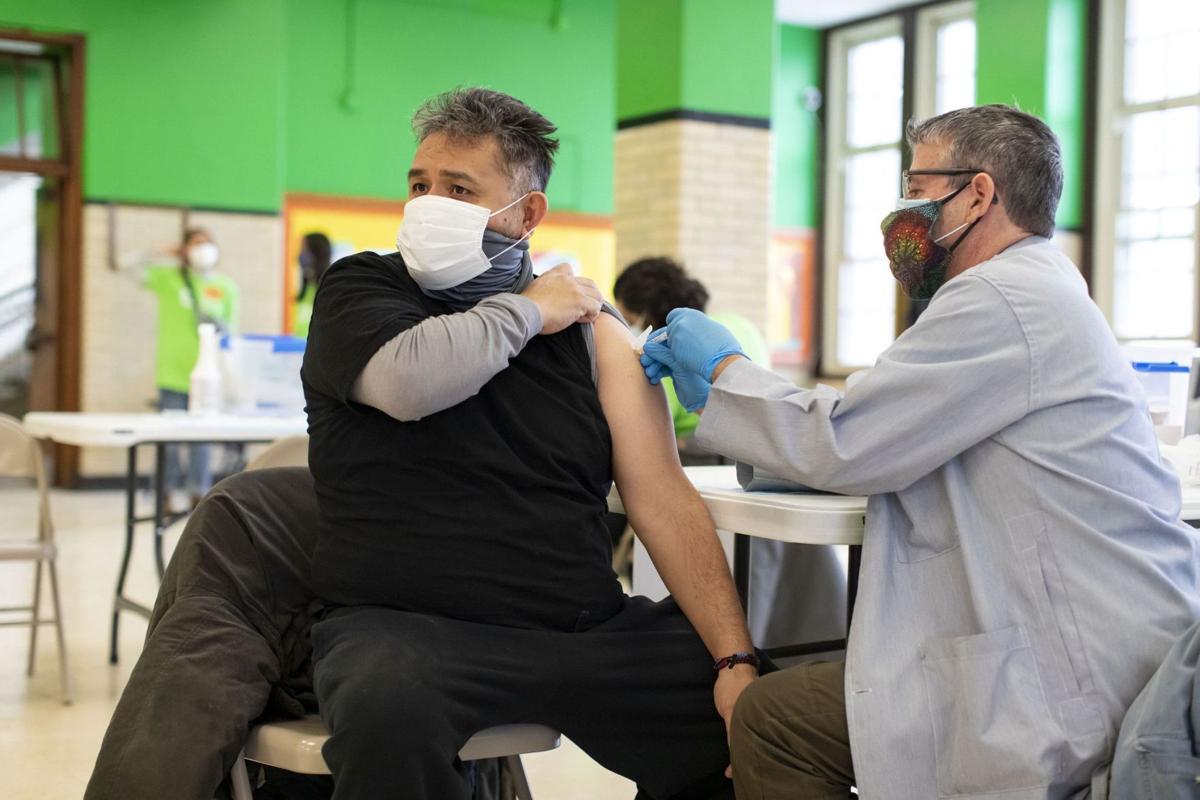 A COVID vaccine is administered at Steinmetz College Prep in Chicago. 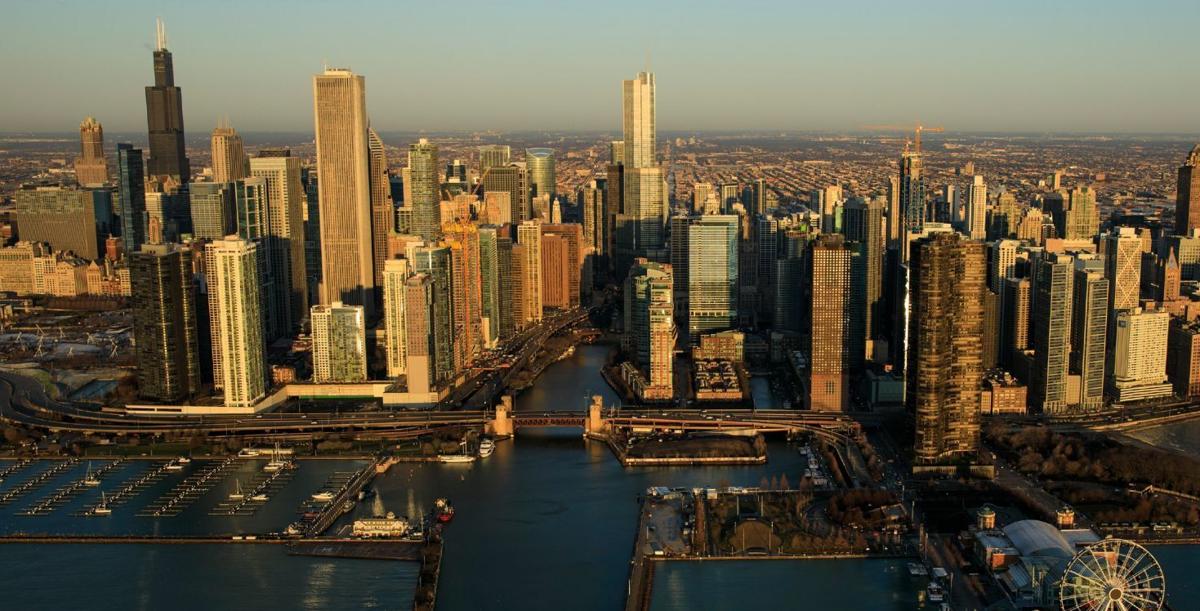 BLOOMINGTON — Nearly 100 new COVID-19 cases were confirmed in McLean County over the weekend, according to new data from the health department.

There have been 22,586 known cases since the pandemic's onset last year. Of all known cases, 22,015 are considered "recovered."

Ten people were released from isolation over the weekend, dropping the total to a new low of 280 on Monday. Combined with the number of hospitalized McLean County residents — 28, unchanged from Friday — there are just more than 300 active COVID cases in the county.

One more COVID patient who was hospitalized locally at either Carle BroMenn or OSF St. Joseph medical centers was released over the weekend as well, dropping the total of such patients to 27 on Monday.

Internal data compiled by Carle Health showed 12 people are considered COVID patients at its hospital in Normal. Of those 12 people, three are in an intensive care unit.

One person is also hospitalized as a COVID patient at Carle Eureka Hospital in nearby Woodford County.

Bed availability opened somewhat over the weekend, with 12% of all, total beds reported as open, along with 19% of all intensive care beds, according to health department data.

Test positivity rates in McLean County continued their downward trend over the weekend as well, with the percentage of tests that came back positive for COVID in the past seven days falling to 2.2% from Friday's 2.4%.

More than 522,200 tests have been run since last year, giving the county a cumulative positivity rate of 4.3%, down slightly from a reported 4.4% Friday.

No additional deaths were reported. There have been 263 deaths in McLean County attributed to COVID-19 since last year.

Federal data also showed a drop in the number of cases per 100,000 people in the county. According the Centers for Disease Control and Prevention, there is now an estimated 166 cases per 100,000 residents, a drop from 176 reported Friday.

To get out from beneath the "high" level of community spread as defined by the CDC, McLean County's average number of cases would need to fall to less than 100 per 100,000 county residents.

McLean County has been designated as having a high level of community spread since mid-summer.

The Illinois Department of Public Health, which compiles vaccination data for all 102 counties in the state, did not have updated figures to report Monday.

Who was there? D’Vine Affair for Marcfirst

What experts say about the best time to exercise

For everyone who hates setting their alarm an hour earlier to hit the gym, scientists may have some good news.

The chemical is in food storage containers, shampoo, makeup, perfume and children's toys. Here are tips to reduce your exposure.

Running is great exercise. But if you’re over 50, or even younger and truly out of shape, don't simply put on some old sneakers and run out the door.

'Pandemic posture' hurting your back? You can fix it

Do you have "pandemic posture" from slouching at a desk or on a couch? Here's what to do for back pain from poor posture habits.

Food companies are under new pressure to use less salt after regulators spelled out guidelines aimed at reducing sodium levels in dozens of foods.

Facing burnout amid a prolonged pandemic, some hospital workers want out

It was one week in November. Every day, Illinois nurse Jacob Forsman had a COVID-19 patient. And every day, that patient died by noon.

Here's what to know about metastatic breast cancer

October is Breast Cancer Awareness Month, which makes this a good time to learn more about metastatic breast cancer.

About a quarter of American couples sleep apart at least a few times a month and even more Americans say their ideal arrangement is not sleeping in the same bed as their partner.

Racial disparities and early-onset colorectal cancer: A call to action

Compared to whites, African Americans have a 20% higher incidence of colorectal cancer.

How to prepare your home for cooler weather

How to change careers smartly with these easy steps

How to change careers smartly with these easy steps

A COVID vaccine is administered at Steinmetz College Prep in Chicago.