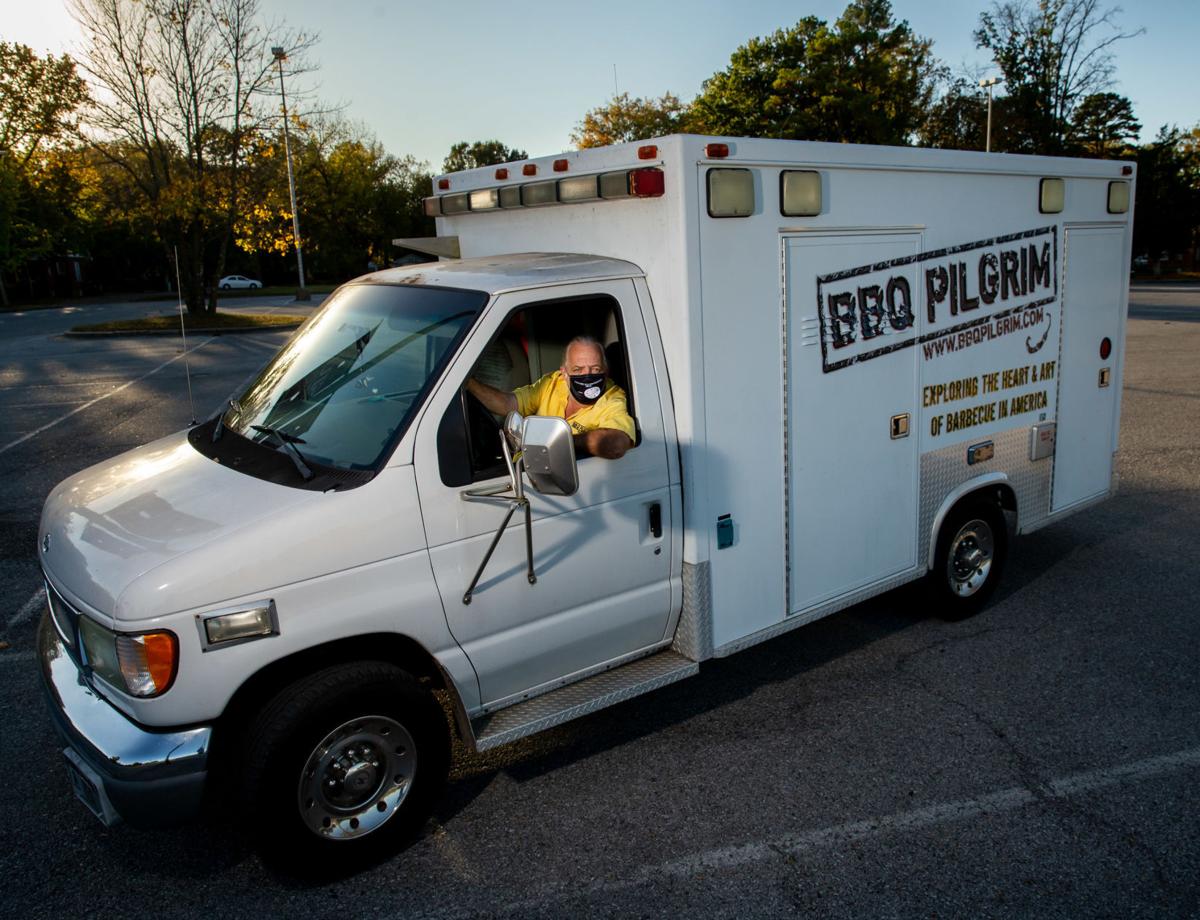 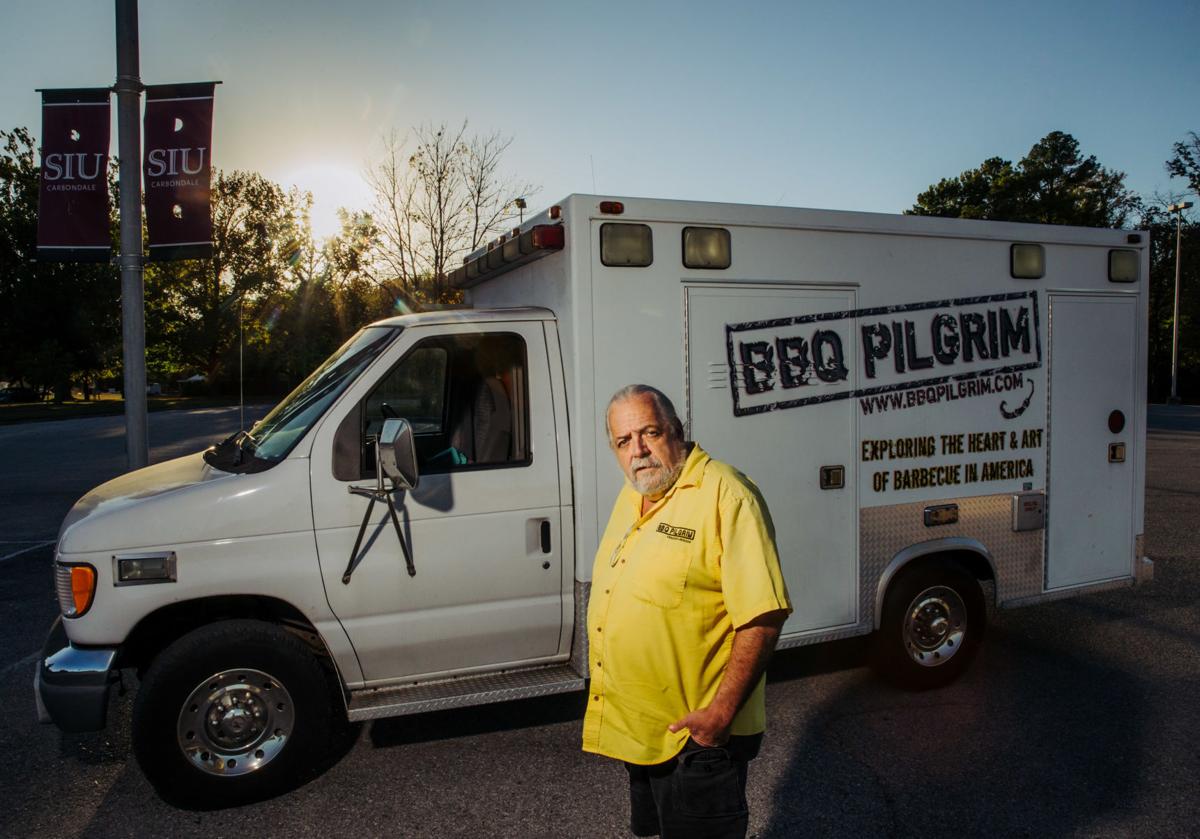 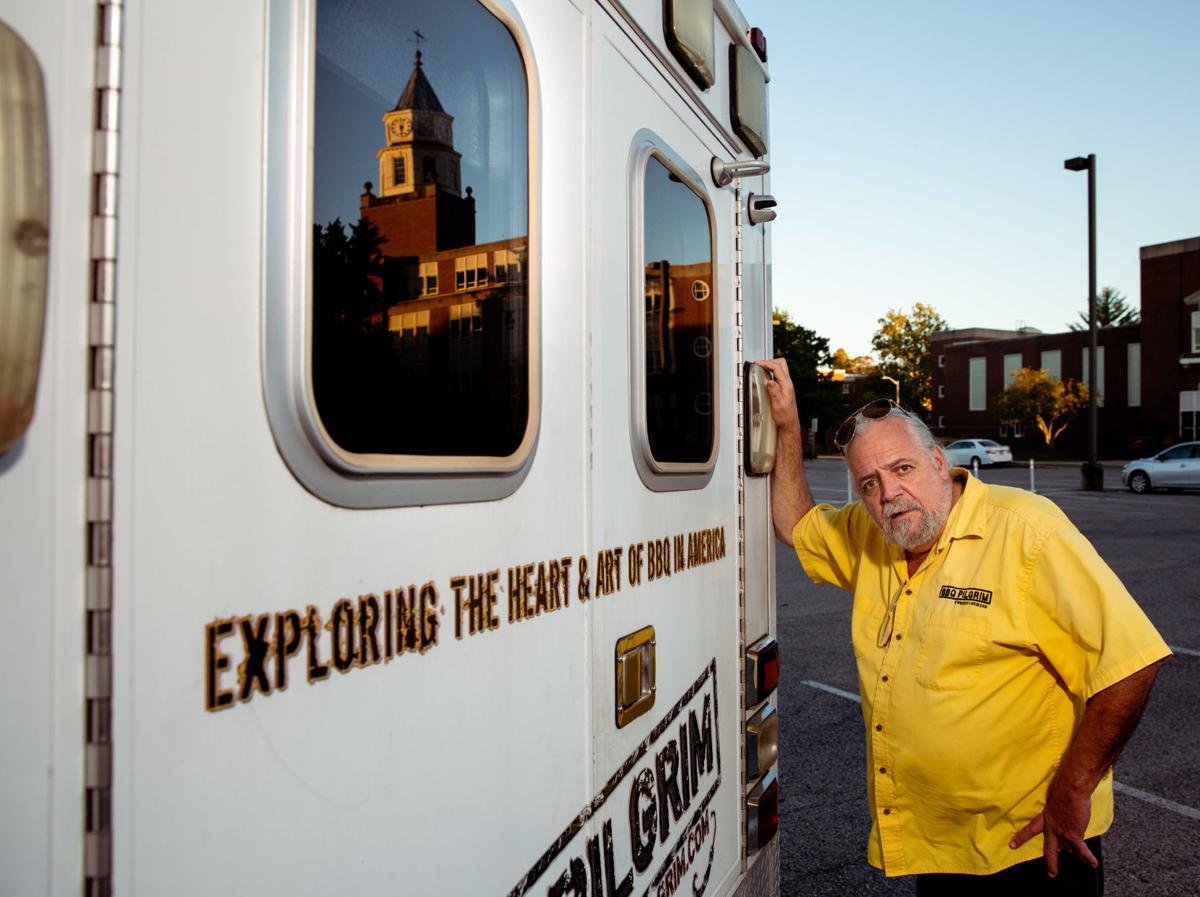 As Mark Dolan travels the nation’s backroads and byways in what looks like an ambulance, he’s not responding to an emergency. Nor is he transporting patients. He is searching out the personalities and places behind America’s obsession with barbecue. His goal is to tell their stories in a way as unique as those he documents.

Each trip, each location, each vignette is a sort of mission — a pilgrimage — for the Carbondale resident. Those who know barbecue know Dolan simply as "the Barbecue pilgrim," and his work has become as legendary as some of the restauranteurs themselves.

“Mark has really been able to capture wonderful stories and interviews that show the rich heritage and tradition in barbecue, as well as the differences in barbecue all across the country,” says 17th Street Bar and Grill co-owner Amy Mills. “He’s been able to capture little bits of history and photograph them so beautifully. I think it is just really special.”

Dolan’s technique is displayed on his website, www.bbqpilgrim.com. It is a multimedia style that he says began through a fascination with Ken Burns’ epic “Civil War” documentary series.

“I was just blown away by the impact that still images and audio could have and I began playing with combining audio with photography as a storytelling approach,” Dolan, an associate professor of visual and multimedia journalism at Southern Illinois University, says.

He conceived the idea for a project combining the two forms of media while teaching photojournalism at Syracuse University about 15 years ago. Dolan, who says he was having his “first midlife crisis,” decided to resign from teaching, travel, and pursue the merger of images and audio while focusing on a single subject.

“I had narrowed it down to three different topics,” Dolan recalls. “One being winemakers and winemaking; another being people who live on or make their living off of the water; and the third being barbecue. As I started realizing how much barbecue was exploding at the time, I decided that’s what it would be.”

Dolan, who had worked for a variety of newspapers across the country as an award-winning photographer before teaching, dove into his new project, hitting the road and visiting barbecue restaurants, stands and joints. At each stop, he talked about the process and the culture of barbecue and took hundreds of photographs.

“When I’m doing a piece, I usually want to spend a few days there and go in at least twice, sometimes more. I want at least two photo shooting sessions and two interviews. When I get audio I like, I want to make sure I’m getting pictures that match that audio and vice versa,” he explains.

Dolan says he often waits a while before beginning the process of editing and matching the sound with the images. After marinating on what he’s gathered, he begins putting it all together — a process that can take days.

“I like to build the audio first. I want to have an audio story that flows. Then I’m picking the photos that I think go best with it. For every minute of audio, you need 20 pictures, so it starts to add up. I try to keep all of my pieces around three minutes when they’re finished. I can usually build one in two or three days.”

With each finished project, more restaurants and more barbecue beckoned. As Dolan continued to document barbecue, he was careful in determining which establishments he would chronicle. Not every barbecue joint makes the cut. He says he always has been looking for the right barbecuers, not the right barbecue.

“I’m not necessarily looking for the best barbecue, but it is the best stories I’m looking for. My approach has always been that I want people who are passionate about it. I wasn’t going after any one type of barbecue and I don’t rate barbecue. I don’t introduce my opinions into any of these pieces. It is all about my pictures and their words working together.”

Like great barbecue, Dolan’s projects have taken time, and he says the Barbecue Pilgrim project is evolving. He’s moving away from the mix of sound and images and has begun work on a book featuring many of the sights and stories he’s encountered on the road, as well as new ones. He’s always looking for new destinations. Sometimes, he says, people recommend barbecue restaurants, and others he just finds in his travels.

It’s through those travels and the resulting tales that Dolan has become recognized not only as a gifted storyteller, but also as an ambassador of sorts for barbecue itself.

“When the barbecue pilgrim’s ambulance pulls up in your restaurant’s driveway, it’s a welcome site,” Mills adds.

There’s no question that Dolan has become a fan of pit masters, but they are as much a fan of his. In fact, he was invited to be the keynote speaker several years ago at a gathering of the National Barbecue Association.

“The barbecue community has just opened up to me,” he says. “I’ve always loved barbecue, but my awareness of it has just grown exponentially. This has been something I have had fun with. There has been a lot of joy from this project.”

See Dolan’s work on his website, www.bbqpilgrim.com, but one word of warning: Watching the vignettes is likely to cause hunger and cravings.

Winter provides opportunity to see a different side of Southern Illinois