Become a Member
Read Today's E-edition
Share This
Community | Time, talent and treasure — How the Varsity Theater succeeds
0 comments
Share this
1 of 3 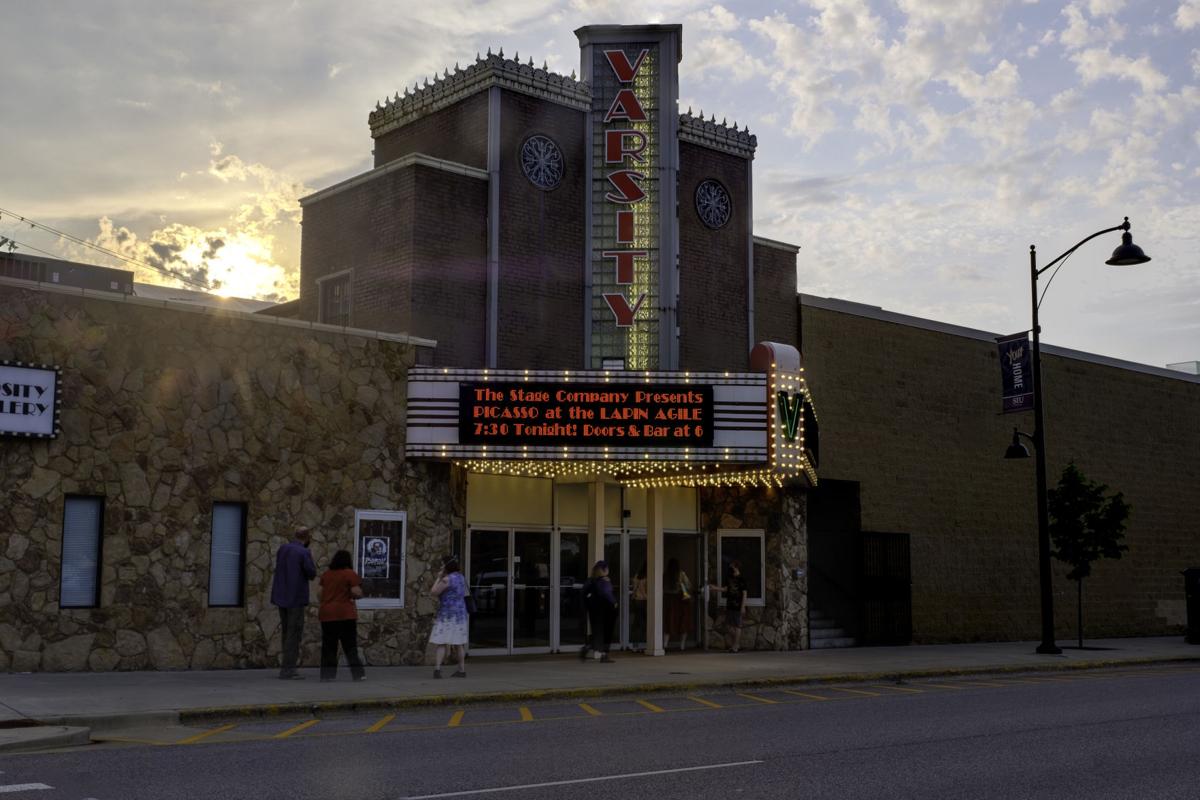 Theater goers return to The Varsity Center for in-person performances after being closed due to the pandemic. 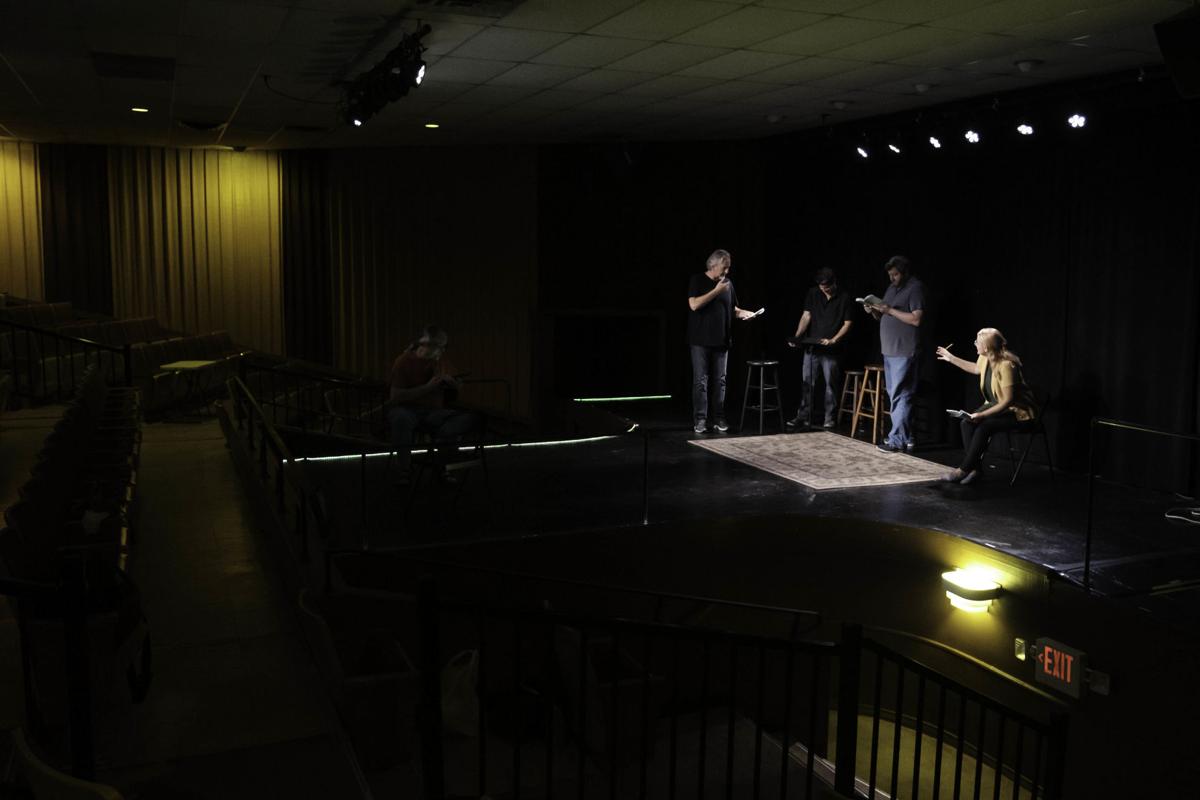 The cast of “The Weir” rehearse for the upcoming performance of the play at The Varsity Center in Carbondale. 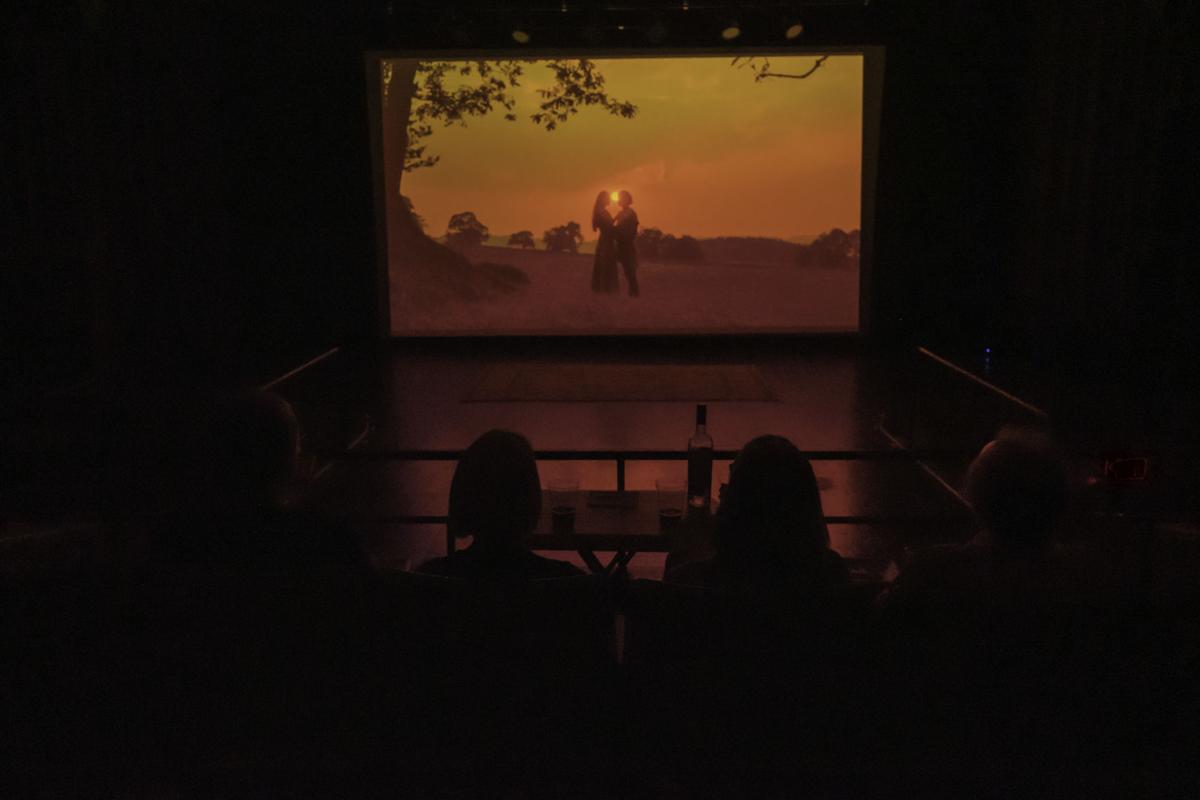 The Varsity Center is available for private rentals where you can book a time to watch your favorite movie on the big screen.

CARBONDALE — Giving the gift of time, talent or treasure is a concept of philanthropy that encourages generous persons to give back to the community by offering assistance in the fashion they feel is most appropriate for their given circumstances.

For some, time is most accessible. For others, it's talent. Another segment of the population is happy to offer financial donations — and others do a combination of the three.

At The Varsity Center in Carbondale, patrons who offered their time, talent and treasure — especially in the last 17 months — are the ones Cara Recine touts as the recent saviors of the 81-year-old theater.

Recine, executive director of The Varsity since January 2017, is immensely grateful for the community members who have helped keep this historic landmark open.

These donors helped The Varsity avoid shutting their doors and kept survival mode going during an unpredictable pandemic.

As a venue that offers a platform for playwrights, musicians, activists, artists and film enthusiasts, the generous support of patrons, coupled with the tireless efforts of Recine and her board of directors, gave Carbondale hope for The Varsity’s survival.

"I want to express gratitude to the people who listened to our Virtual Varsity every Saturday night and donated even small donations that really added up and helped us stay open. That’s the bottom line.  Also, people who knew we were fighting to stay open would send us money,” said Recine.

Recine works year round to find any and all resources the theater may be eligible for, and to help with upkeep, expenses, repairs and improvements.

“We are actively applying for grants, we’re not just sitting back,” shared Recine.

Recine said she looks forward to renewing year-round fundraising efforts and to get acts back in the venue every weekend night. The lights of the tall Varsity marquee tower, with its flashing bulbs, is an infamous symbol of the importance of performance art in Carbondale.  The relationship between performers and the audience is more rewarding for all involved with live shows.

During the pandemic, the executive director witnessed the camaraderie amongst viewers during the weekly virtual shows and found herself looking forward to seeing the familiar faces on the screen, just as she would in the lobby prior to COVID.  It was an excellent way for The Varsity to stay connected with regulars and newcomers alike.

With The Varsity reopening for indoor performances, the staff is being cautious about doing too much, too soon. For the theater’s 81st birthday celebration, The Varsity welcomed the Disco Drag show on Friday, June 26, The Deciders on Saturday, June 27 and a Pride Weekend Drive-Thru Care-avan on Sunday, June 27.  Crowd sizes were smaller and social distancing was encouraged.

"We decided for the protection of anybody who steps in the building, we want everyone to stay safe.  It will probably be later in the year before you see things really kick off, and that’s if everyone stays healthy,” said Recine.

During the pandemic, Nathan Colombo helped organize, produce and live-stream the weekly Virtual Varsity performances by local artists as a way to keep audiences together while also encouraging public support through optional donations. Colombo, who has been on the theater's board of directors since December 2016, offered his time and talent, along with close to 50 local musicians and artists, for the Virtual Varsity shows.

After seeing the success of the Saturday night live-stream shows, Colombo looks forward to integrating more elements of media production into each of the performance spaces in The Varsity, to offer more options to patrons and artists.

"There’s an absolute need to take the skills that we’ve learned during the pandemic, in creating digital media in this space, and blend it with the return to in-person activities where live audiences just enrich the media that we produce,” Colombo said.

Colombo also mentioned the opportunity for community members to rent space in The Varsity, whether it be for private parties in the bar and gallery, a movie in the balcony with friends and family, or to produce a musical act or play on the stages available, in front of a live audience.  The price, atmosphere and location are ideal for performers of all levels and backgrounds.

"It’s an experience that you won’t get anywhere else. It’s an inviting space that’s appropriate for the arts. It’s the most bang for your buck,” said Colombo.

Colombo is helping organize fundraising efforts to improve the venue spaces at the theater. While the balcony is functional as a stage area and a movie theater, and the east theater on the main floor has hosted recent acts, Colombo stressed the importance of bringing what he calls "The Big Room" back to full operation, year round.

“We need to, and plan to, have achievable objectives set out for a fundraising committee to fundraise for all of the needs in 'The Big Room,'” said Colombo.

Colombo emphasized the opportunity for residents of the greater Southern Illinois area to embark on a massive, transformative creative project that will have a large impact on community. With the main theater, or "The Big Room," open, The Varsity can return to being the premier place for performance arts.

Howard Saver and Robin Russell, of Makanda, had their first date at The Varsity in 1997 and now support the theater by regularly attending performances and contributing a monthly donation.  The pair also now rent the space for their annual wedding anniversary celebration, a tradition that began just last year when Saver surprised Russell with a private event. They enjoyed a viewing of The Princess Bride in the balcony theater to celebrate their union while dining on a Quatro’s pizza.

"When The Varsity was closed I called and said I wanted to surprise Robin by having a showing just for us. I said, ‘You don’t by any chance have The Princess Bride, do you?’ And they did! The only movie I wanted,” said Saver.

Although Saver and Russell have frequented The Varsity as a couple since that first date, seeing Sling Blade in 1997, both visited the theater earlier in their lives, too.  Saver moved to Carbondale in 1970 and remembers The Varsity as a beacon on The Strip.  Russell moved to Carbondale in 1985 and has fond memories of the movie theater as a place for entertainment close to campus.

Saver and Russell moved away from Southern Illinois but returned to the area in 2008 and promptly began visiting the theater regularly for performance art.

"We’re appreciators of the arts and in the past several years we have been there many, many times,” said Russell.

The pair have seen musical acts such as The Phonics and Lucas Feather, productions by The Stage Co. and classic movies including It’s a Wonderful Life and Monty Python, to name just a few.  Both Saver and Russell enjoy the bustling venue and everything it has to offer including the rotating art exhibits and the diverse crowds at each performance they attend.

"At some point we decided that it would be important to make a contribution on a regular, monthly basis because we appreciate that venue in so many ways.  They have so many options.  The availability is an unknown treasure,” shared Saver.

For their anniversary this June, Saver and Russell planned another viewing of The Princess Bride at the theater but this time they were able to invite several close friends.  Although Russell knew about the event ahead of time this year, Saver still surprised her by arranging for the couple’s best friends, Alan and Stephanie Dillard, to join the fete.

Billy Robbins, a Carbondale native who has served on The Varsity’s board of directors since 2017, is passionate about upcoming events at the venue and improvements to the Big Room theater to breathe life and revenue back into the theater after the pandemic.   Robbins described in detail the transformations at The Varsity over the last 13 years, including the major renovation in 2008, and adding a performance stage, lights and sound to the balcony theater in 2017 for additional theater space.

"I have a soft spot for The Varsity. It was a special place for decades. I was excited to see interest in a new level of activity,” said Robbins.

Robbins is confident that the same group of zealous supporters, both before and during the COVID pandemic, will continue towards the common goal of bringing The Varsity back to full operation. Before the pandemic, The Varsity was open regularly, with multiple events running simultaneously on Thursdays, Fridays, Saturdays and Sundays but COVID changed the consistent programming that patrons enjoy.

In 2018, during the 10-year anniversary celebration of The Varsity’s renovation and reemergence, Robbins said the theme was that when a building is saved, everyone moves on to the next thing. But it’s a daily endeavor to save The Varsity.

"That’s not glamorous but we’ve had this incredible group of donors. Over the last 12 years there has been a phenomenal army of people. Those people are so very important to us,” said Robbins.

There are many ways patrons can volunteer or contribute.  Those handy with tools can donate labor to projects. Many volunteers enjoy working the ticket booth and bar or by greeting visitors in the lobby. Monetary donations for renovations and repairs are in constant need, too.

Through time, talent and treasure, The Varsity Center hopes to once again enjoy a full venue every weekend, for the enjoyment of the community and future generations of art enthusiasts.

For information about renting a venue space, private movie screenings, events and parties, or to talk about volunteering, email varsitycenter@gmail.com or call 618-457-5353.

Check the website or Facebook for updates about upcoming events. If anything is rescheduled because of pandemic conditions or other reasons, that’s where you will get the latest info.

39 Counties: 4 p.m. Oct. 23. A Southern Illinois produced documentary following Glenn Poshard on his quest at 39 county courthouses for equality for all; screening and discussion panel

Christmas Movies: Throughout the month of December

Theater goers return to The Varsity Center for in-person performances after being closed due to the pandemic.

The cast of “The Weir” rehearse for the upcoming performance of the play at The Varsity Center in Carbondale.

The Varsity Center is available for private rentals where you can book a time to watch your favorite movie on the big screen.