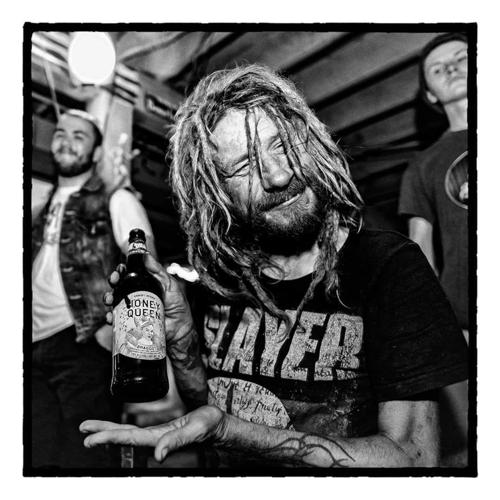 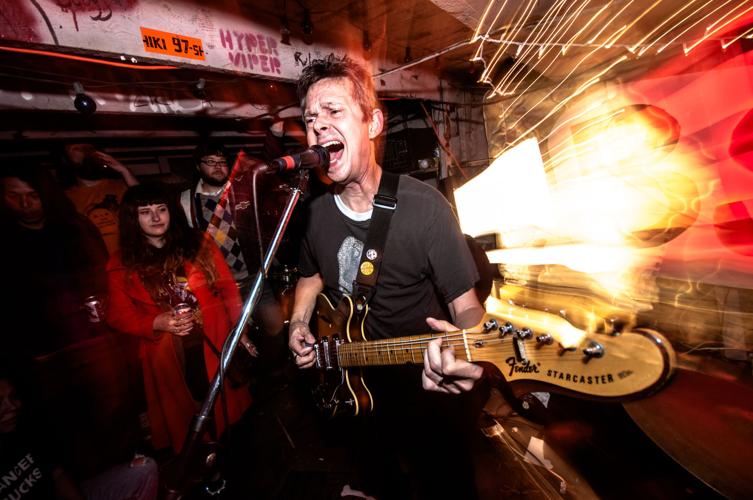 Blood Stained Tool during a past performance at the Lost Cross punk house in Carbondale. 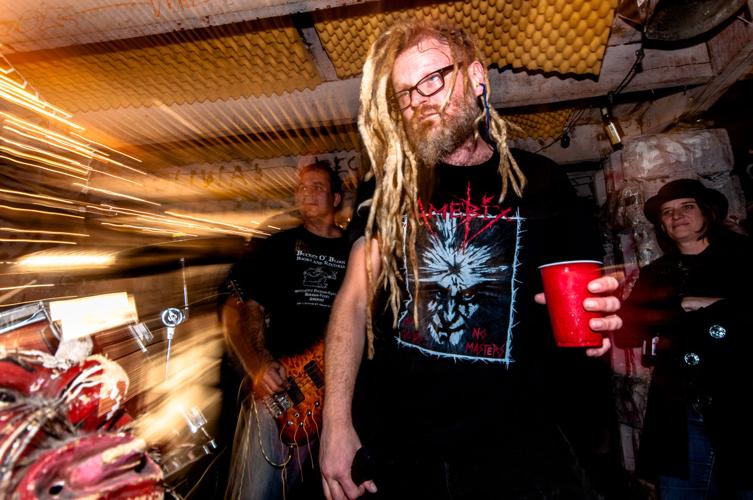 Diet Christ during a past performance at the Lost Cross punk house in Carbondale. 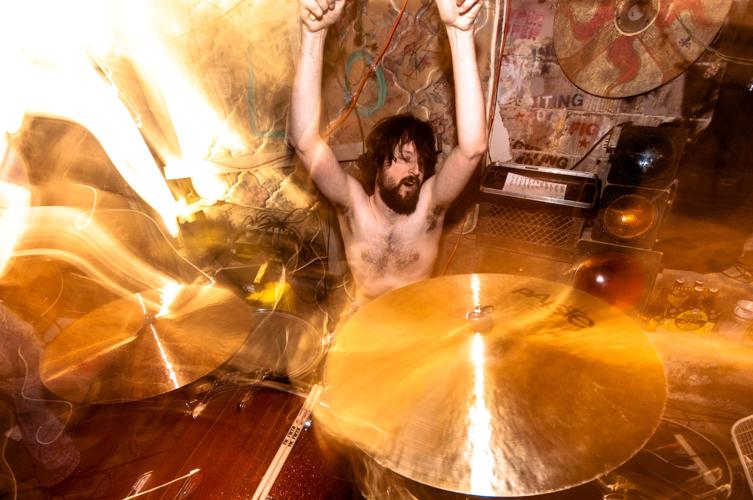 Hateful Dead performing during a past performance at the Lost Cross punk house in Carbondale. 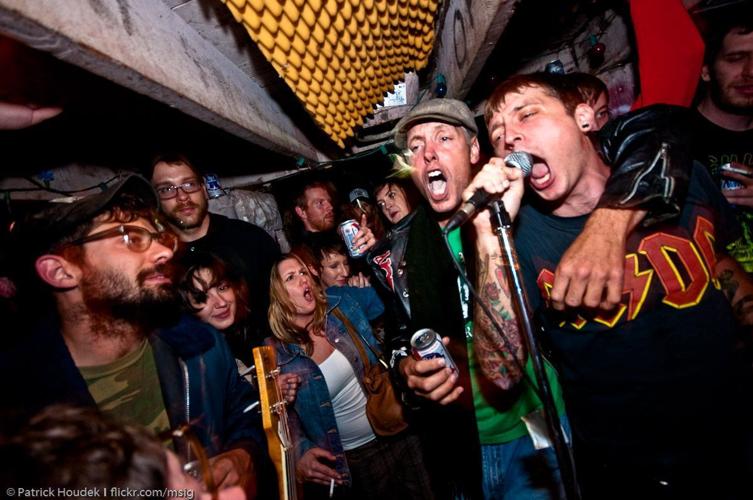 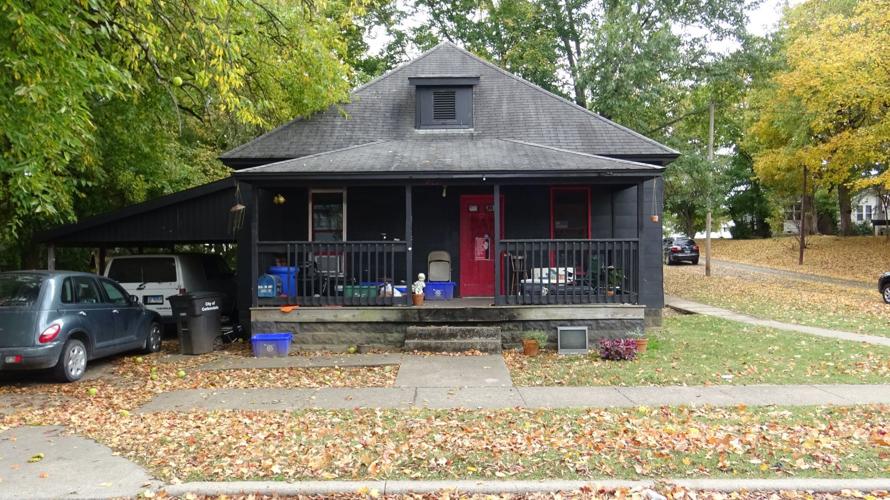 CARBONDALE — Carbondale is just different — its music, its art, all of it and there’s a resilient spirit that makes it this way.

It’s not like other towns. It’s small and yet big. It’s country, but refined. It has something for everyone, especially weirdos — and that comes from the weirdos themselves.

“It’s the refuge of anyone that’s into anything different,” Adam Fletcher said.

Fletcher would know — he’s lived most of his life in Southern Illinois and has made a career out of something that started for him in a basement nearly 30 years ago. Fletcher is known worldwide as the bassist and vocalist for pop-punk icons The Copyrights.

However, Fletcher is also a local historian of Carbondale’s do-it-yourself art and music scene.

This DIY-ness is something that predates the 1980s boom in punk and extreme music in the city — this was spurred by the 1986 founding of the Lost Cross.

The Cross is believed to be the oldest, continually running punk rock show house in the United States. Bands from all over the world have crowded into its dingy, wet basement to play.

But Fletcher said the city’s DIY spirit came well before that, pointing to bands pushing the envelope in town in the early '80s and even into the 1970s.

But, Fletcher said without the existence of an all-ages music venue for non-drinking age music fans to see shows, the Lost Cross — and eventually a myriad other basement venues — played a key role in supporting the DIY scene.

“When there are no other places to go you (can go there),” Fletcher said. But more than that, The Cross was an example for how to be successful.

“It’s like a blueprint for people,” Fletcher said of those learning the DIY ropes of booking shows in basements and making art the nontraditional way.

What Fletcher and others said The Cross did was centralize the scene and this helped make it both inclusive and organized.

James Ricks was on the ground level when The Cross came to be. But in the years since, he has experienced life in other cities that are much larger and, on paper, have much larger DIY music and art scenes. But there is a drawback to this scale.

“One tends to lose track of what's happening, and when, due to sheer volume of people,” Ricks said in an email to Life&Style. “It's a lot easier to find weirdos who are kinda like you in a smaller pond.”

With The Cross as a base, new kids coming to school at Southern Illinois University create other pop-up venues in their time in Carbondale.

“That is all spiderwebbed together,” Fletcher said.

Walter Wit has lived in Carbondale since 2009. He currently owns Carbondale’s favorite dive bar PKs — though it’s certainly less divey than it used to be — and has been booking DIY bands there for years. He said Carbondale’s tight art and music community has allowed for this spirit to blossom over time.

“It’s a lot more tight knit so it allows for ... a better more open blend of music,” Wit said.

The culture of DIY creates passion, Fletcher and others pointed out. He said he grew up in Carterville reading about shows in Carbondale he couldn’t go to because he was too young. But when someone got a driver’s license, the basements suddenly were available.

It was in these spaces that Fletcher and thousands of others found their tribe. Standing, shoulder-to-shoulder with other, like-minded people, just inches away from a band playing until the hurt resonated with them.

“That kind of thing — that’s the thing that sticks with you,” Fletcher said.

Lisa Pangburn Fenton said Carbondale’s DIY spirit isn’t just limited to punk and other extreme genres. It’s a mindset. She pointed to loudmouthed string band Whistle Pigs as an example. They were regularly booked at places like PK’s that can favor more aggressive music. The community is accepting, she said.

In the late '90s and early 2000s Pangburn-Fenton worked as a representative for local bands when they played in town or out on the road. She recalled with pride seeing bands like the Boro City Rollers play venues like The House of Blues in Chicago. She also looked back at the size of the DIY community very fondly.

Pangburn-Fenton said this community is just part of what Carbondale is and this was only solidified by the pandemic when live music was on hold. She said when PK’s hosted Carbondale legend Tawl Paul, she was moved to tears.

When asked what Carbondale would look like without the robust do-it-yourself community, no one had good things to say.

“This place wouldn’t be vibrant at all,” Wit said.

Fletcher further illustrated this point. He recalled a few years back showing up to a show at the now-defunct Taco Stand show house. It was just him and a man much younger than him. They started talking and eventually arrived at what made the young man choose to come to SIU.

“He chose Carbondale because of the DIY basement scene,” Fletcher said.

While not the most conventional form of tourism, Wit said touring bands that come through basements or other small venues like PKs have value at City Hall in visitors gas up their cars, and eat and drink in Carbondale.

“We’re still bringing money into the city,” he said.

All said, the rotating cast of characters coming in and out of Carbondale for school is part of what has kept it alive. If there weren’t new kids coming in behind the old ones, houses like The Lost Cross wouldn’t have stood a chance, let alone be celebrating its 35th year this fall.

Fletcher said this independent spirit isn’t something that can really be quashed, especially now. He said if it’s stamped out in one place or venue then it just pops up somewhere else — Carbondale wouldn’t be Carbondale without it.

From peace rallies to Carbondale's underground music scene, check out the most popular stories you may have missed from The Southern last week.

Every time Travis Foster reaches for a cup, he thinks of Southern Illinois.

Carbondale remains forever touched by Gwen Hunt's legacy and PK's mark on the community. Take an intimate look at PK's throughout the years in…

Reporter Molly Parker talks with the journalists who met the notorious Joe Exotic when he brought his tigers to Marion over a decade ago.

Four on the Floor was one of Carbondale's longest-running bands

Former Music Historicity columnist Robbie Stokes recalls his time with the band Four on the Floor, whose history spanned 30 years.

It cannot be denied that the self-described "trashcan Americana" music of the Woodbox Gang garnered wild popularity in Southern Illinois throughout the band's nearly decade-long heyday in the 2000s.

Carbondale is a city steeped in art, culture and music. Here are some notable musicians that got their start here or are associated with Carbondale.

1998's "The Wedding Singer" told the story of a wedding vocalist who dreamed of singing in a rock band. I'm the antithesis of that scenario --an established rock musician who then became a wedding singer.

Katt Holiday isn't an emerging artist or inventing a new music genre, but Holiday's new EP "Bruise" has an innovative sound, complex production and poetic message unlike anything heard recently in Southern Illinois.

Did Nirvana play in Carbondale on July 4, 1989? Radio personality investigates with podcast

Local radio personality Will Stephens has worked diligently for months, researching information to substantiate and prove that Nirvana performed in front of about 15 people on July 4, 1989, in Carbondale.

Music Historicity | The 1969 Woodstock music festival: A cultural event to be remembered

Recognizing the motto of the festival, which was "three days of peace, love and music," Max Yusgur said, "We can turn those adversities that are the problems of America today into a hope for a brighter and more peaceful future."

Some have said that Carl Cottingham is beatifying Southern Illinois one quilt at a time. Not with fabric and thread, but with wood and paint. Cottingham is known for his "barn quilts," geometric designs often too beautiful for the farmlot.

Why you should try pepper on desserts

How to quieten your brain from catastrophizing

How to quieten your brain from catastrophizing

How traditional weddings are getting a modern twist

How traditional weddings are getting a modern twist

How to make your home feel like a luxury hotel

How to make your home feel like a luxury hotel 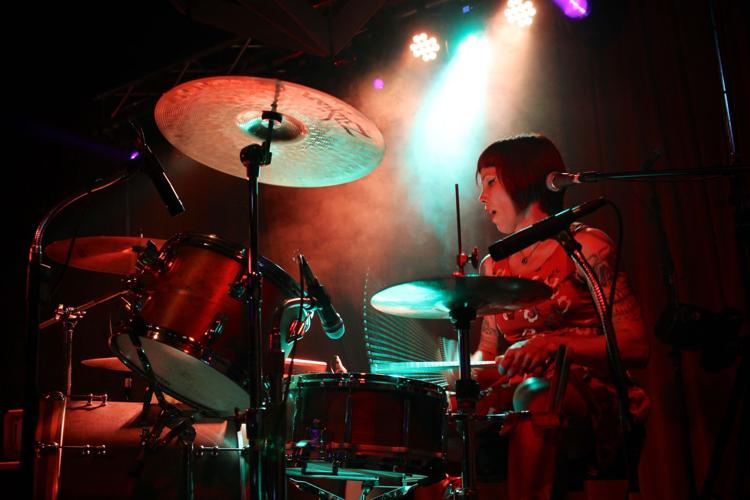 Acts like Drilling For Blasting played during Lost Cross 30th Anniversary and Tim Beaty Day in September 2016 in Carbondale. 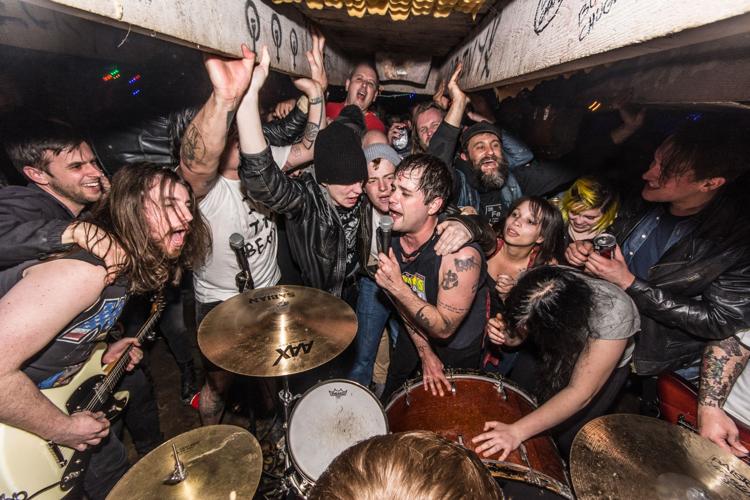 Bad Taste performing at the Lost Cross House in Carbondale. 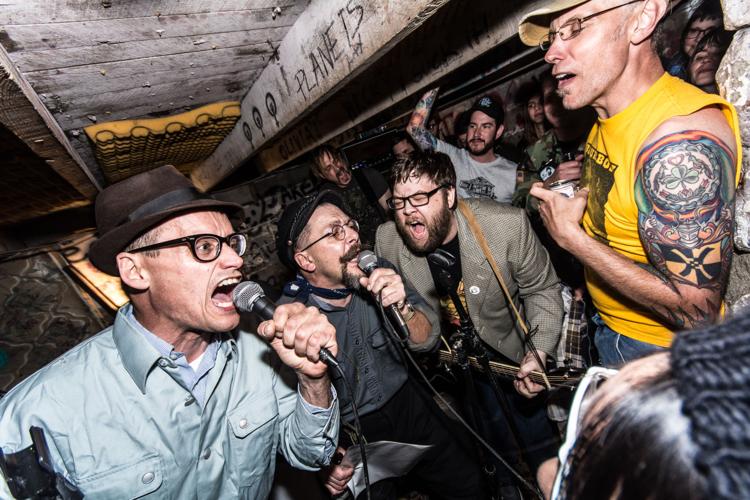 The Bourbon Knights during a past performance at the Lost Cross punk house in Carbondale. 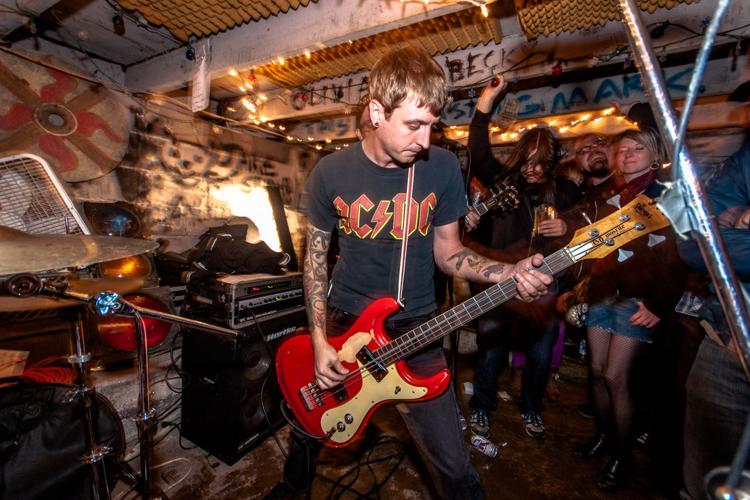 The Copyrights during a past performance at the Lost Cross punk house in Carbondale. 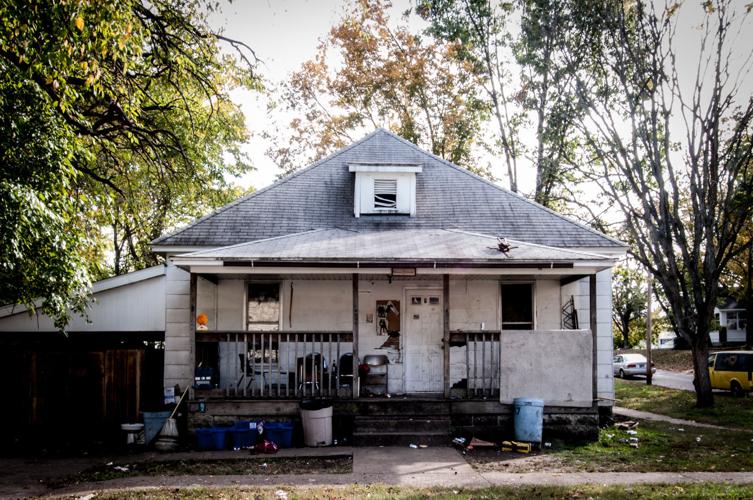 The Lost Cross House is seen in Carbondale in the summer of 2016.

Blood Stained Tool during a past performance at the Lost Cross punk house in Carbondale.

Diet Christ during a past performance at the Lost Cross punk house in Carbondale.

Hateful Dead performing during a past performance at the Lost Cross punk house in Carbondale. 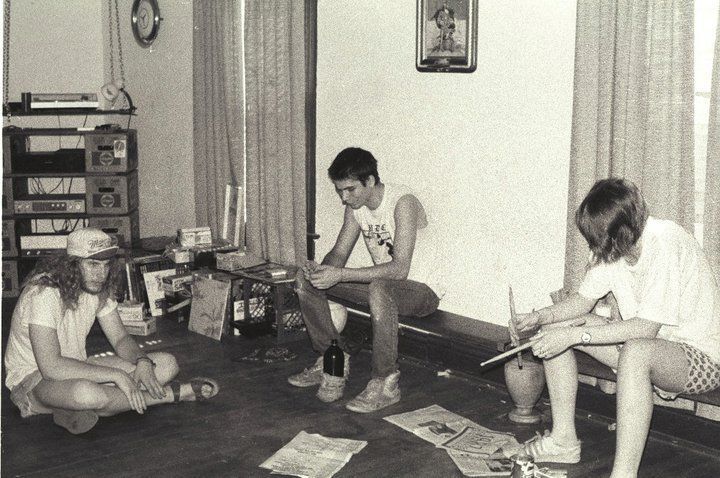 The early days of The Lost Cross. 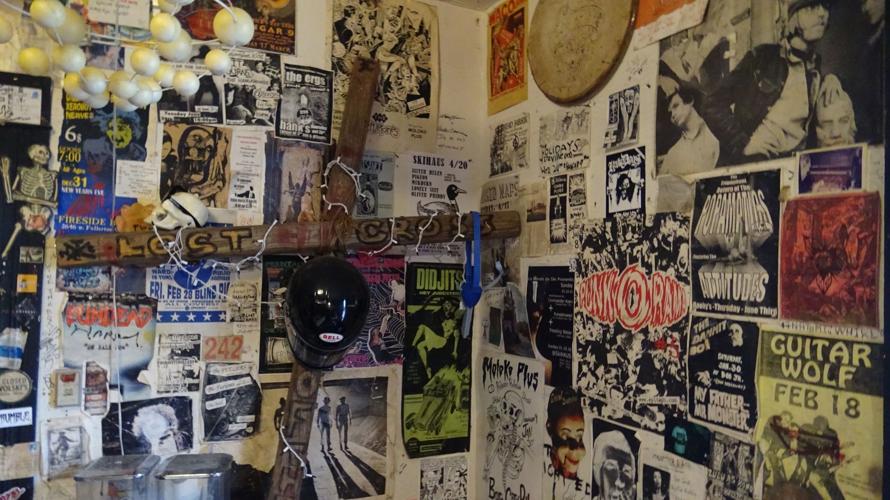 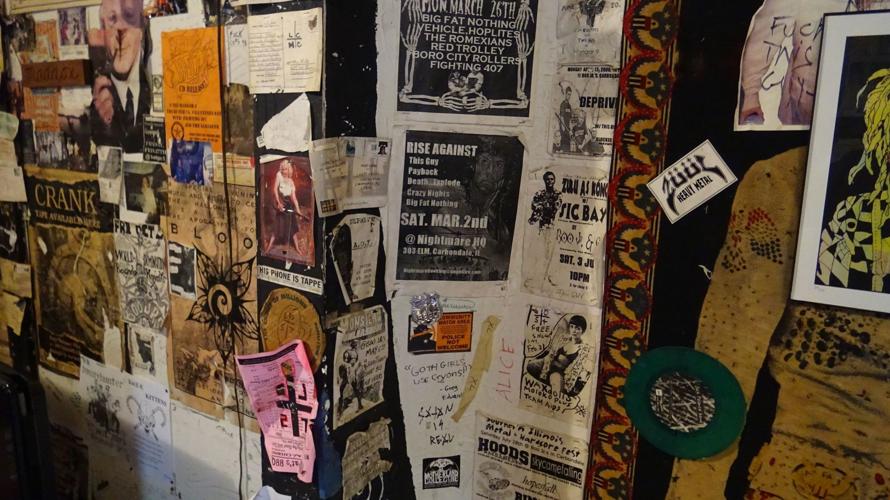 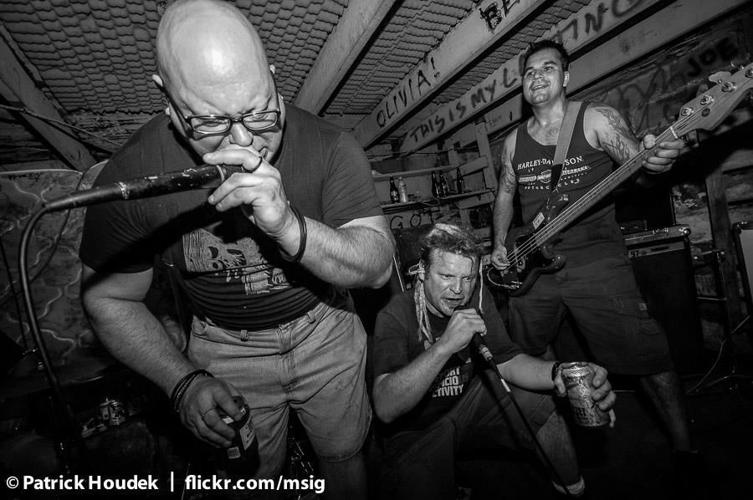