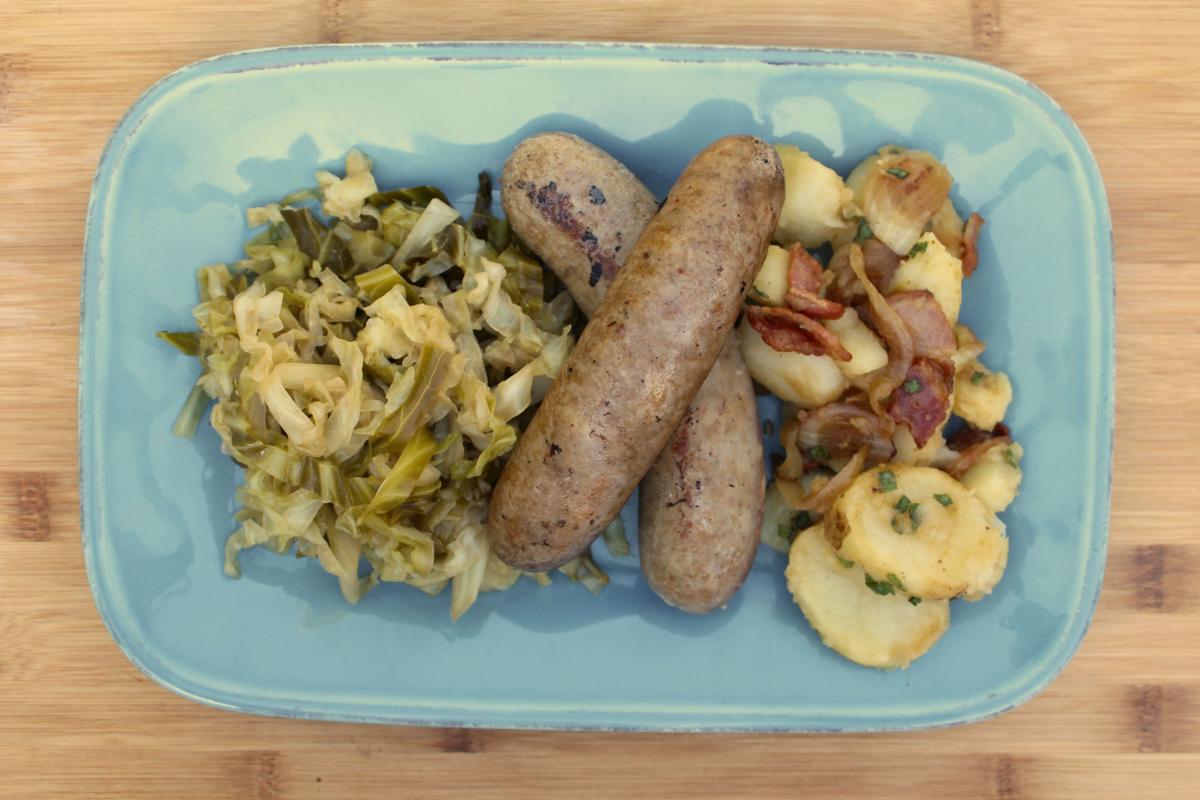 If the virus puts wurstmarts on the back burner this fall, you can make the typical German wurstmart meal at home. 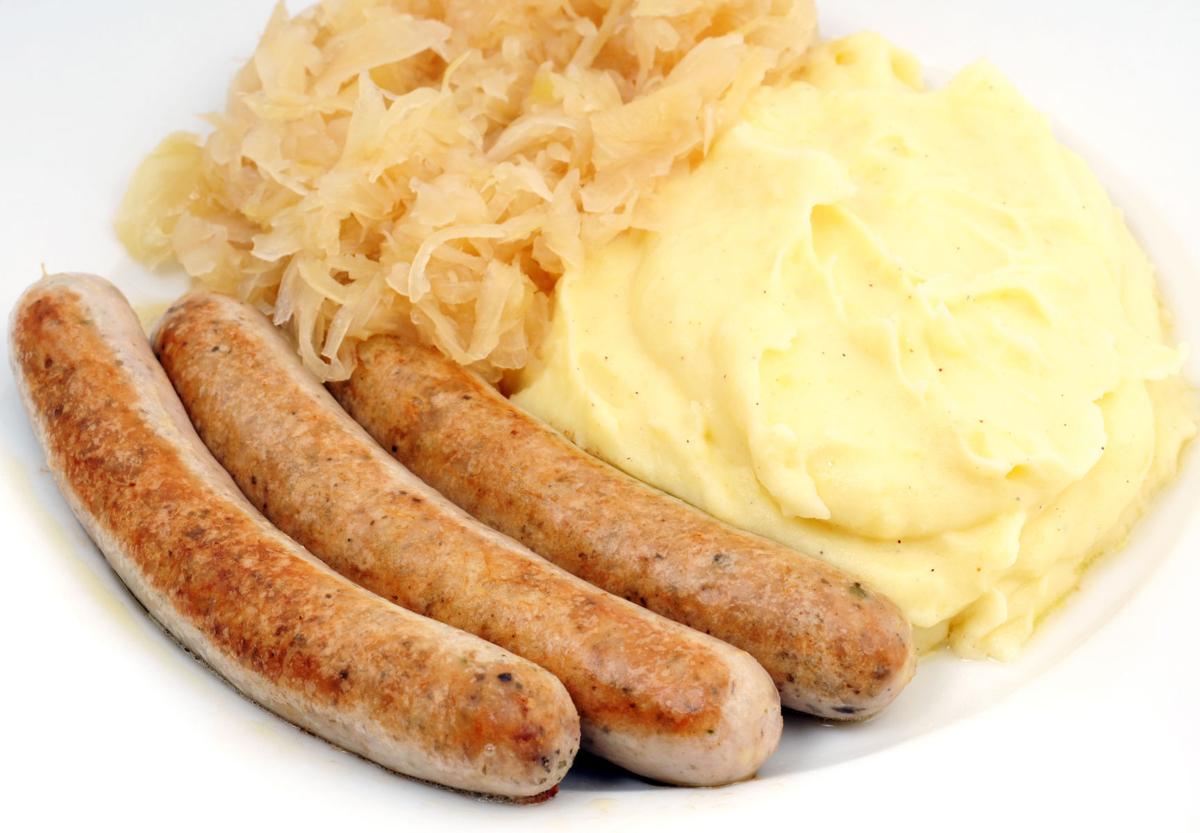 Homemade pork sausage in the centerpiece of the local wurstmart dinner. Sauerkraut and mashed potatoes are often served alongside. 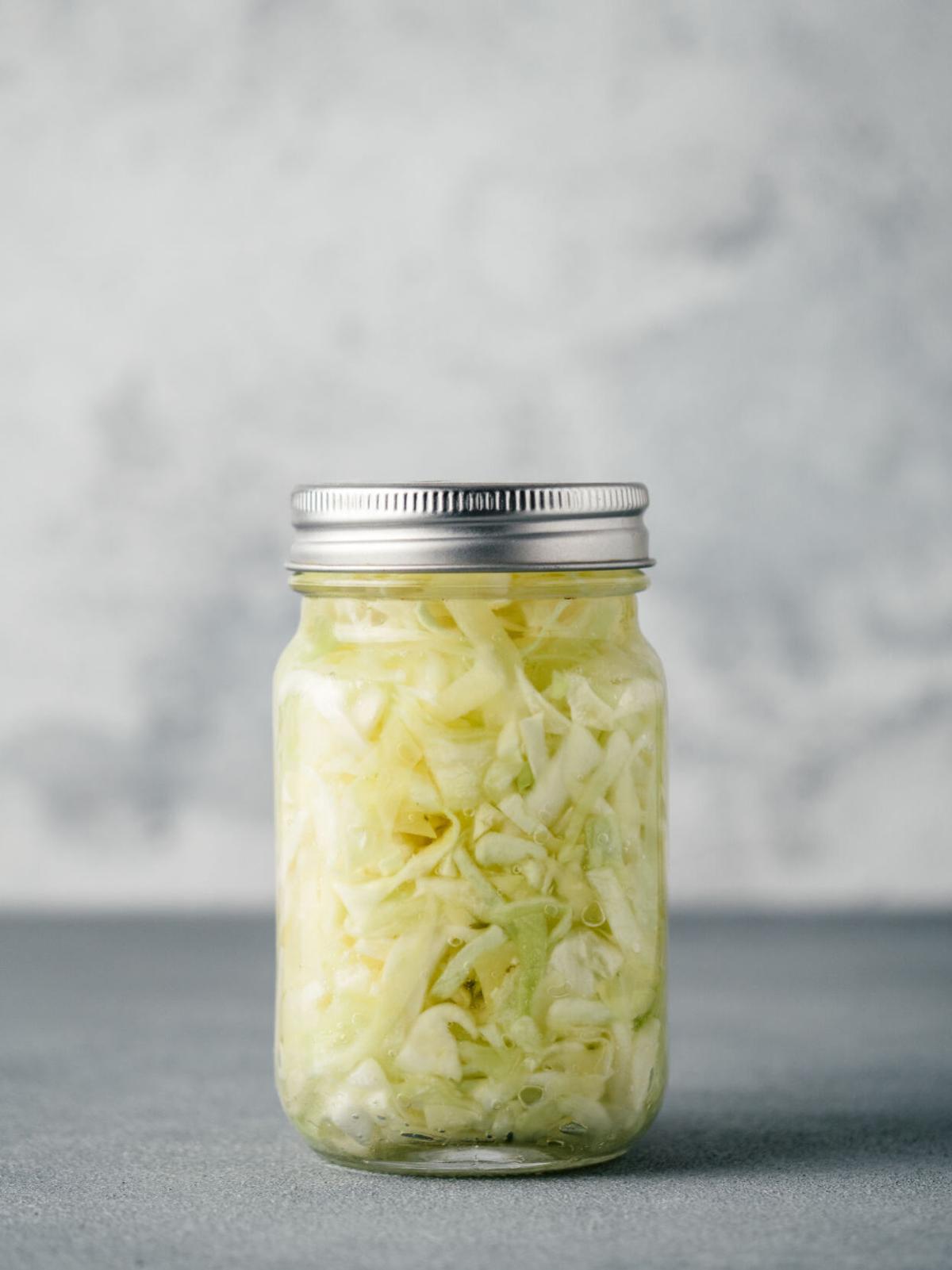 You can make your own sauerkraut, or you can find quality sauerkraut at many grocery stores and markets in the area. 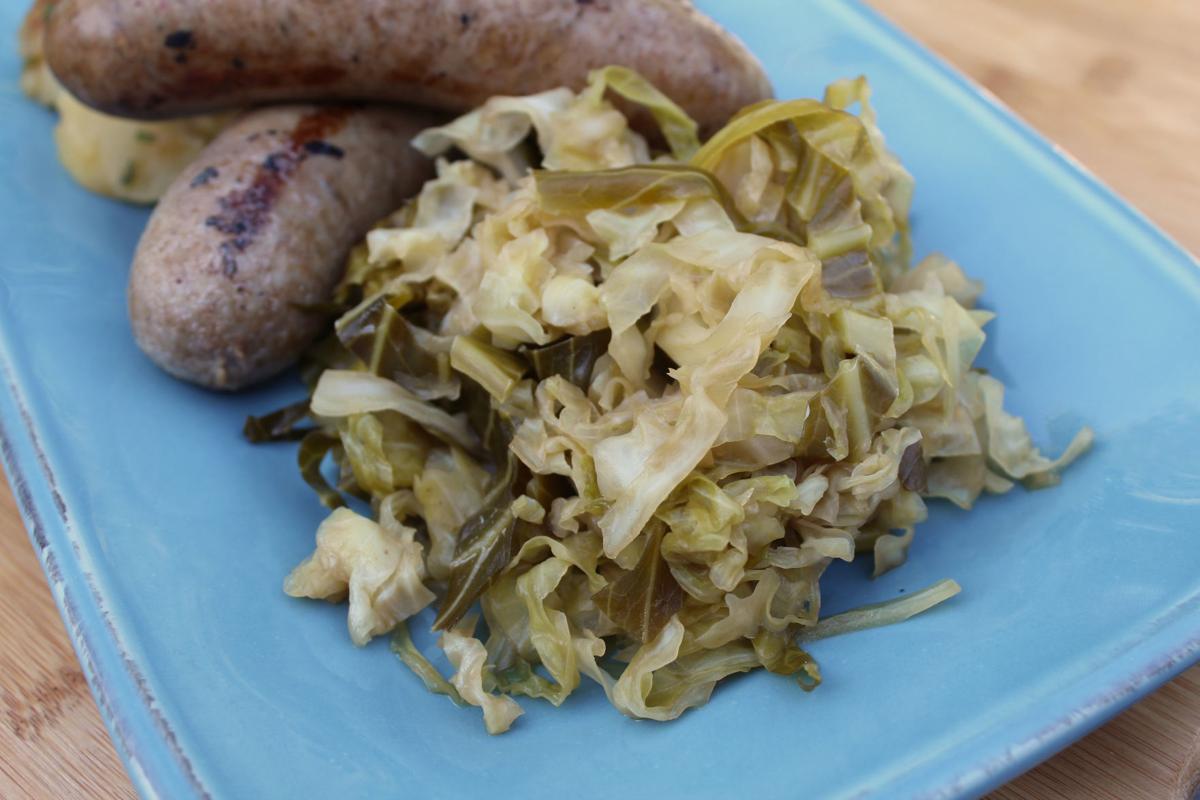 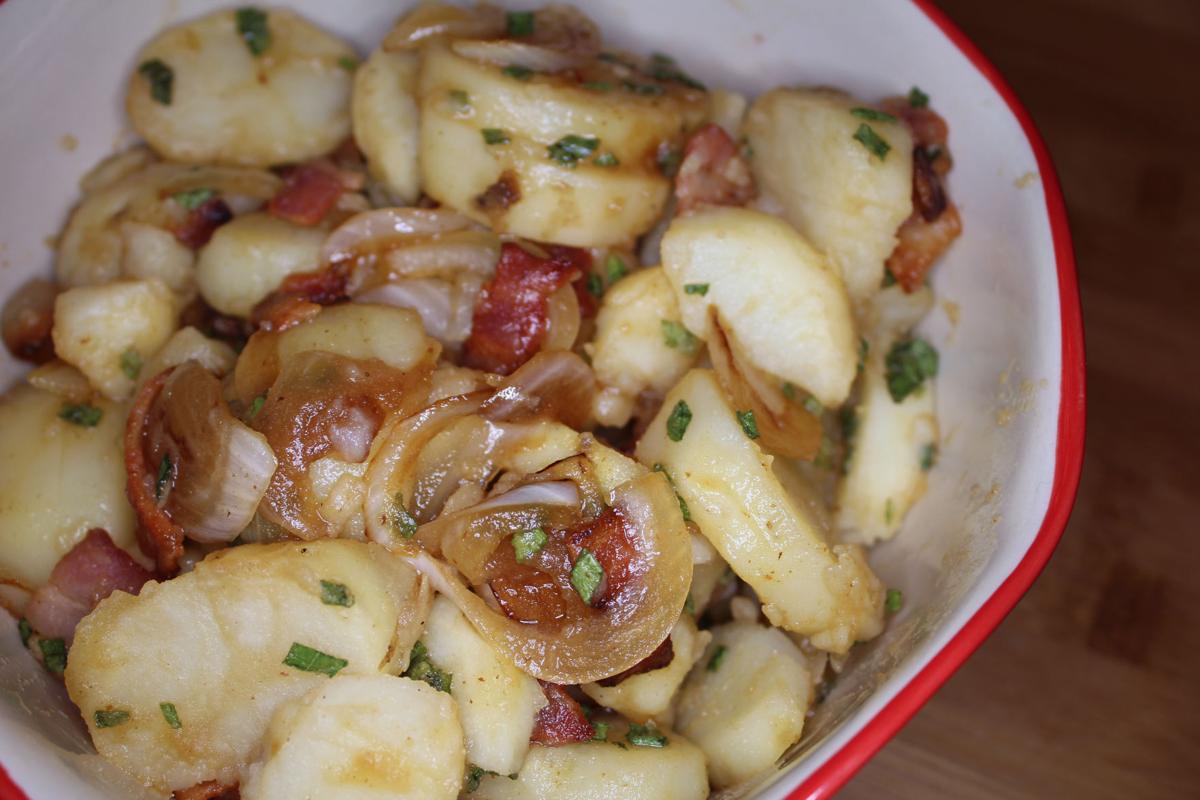 The first Germans arrived in Illinois in the 18th century, but it wasn’t until around 1830 that German emigration helped build settlements in Southern Illinois.

They brought with them their way of life, their way of cooking, and their way of celebrating. The journey was arduous, with most coming through New Orleans and up the Mississippi River to St. Louis. From there, a stage coach traveled to various settlements in Southern Illinois three times each week. Belleville, Lebanon and Maysville were among these stops by 1831.

St. Clair County was an early settlement because of its proximity to St. Louis. Many of our German ancestors who settled there were farmers, thus reliance on a commercial port like St. Louis was necessary. The land was fertile and the opportunities plenty — many were interested in growing grapes for wine-making. By the 1830s, German settlements were being built all along southwestern Illinois.

In rural German communities, people would gather at the local wurstmarkt to share their homemade sausage. These wurstmarkts were traditionally similar to our fairs and included folk music and dancing. One such wurstmarkt grew into the world’s largest wine festival.

The Durkheimer Wurstmarkt has been celebrated for nearly 600 years. It began as a way for farmers and wine growers to sell their harvest to pilgrims traveling to St. Michael’s Chapel on the Michaelsberg mountain near Baden-Württemberg, Germany. It gained its “Wurstmarkt” name in 1832 because of the massive amount of sausages being sold and consumed at the then-three-day festival. Today, the festival happens over two weekends at the end of September.

The wurstmarkt tradition was brought to this country by our early settlers and continues today in many of our own rural German-American communities, often as fundraisers for the community or churches and organizations therein. Somewhere along the way, we dropped the “k” and the “wurstmart” became an annual event across the region.

Homemade pork sausage is the center of the local wurstmart dinner. Sauerkraut, green beans, mashed potatoes, and applesauce round out the meal along with dessert. In some cases, homemade pork sausage and leberwurst (liver sausage) or blutwurst (blood sausage) are sold for folks to take home. Music and dancing, crafts and kids' activities are often part of the celebration.

Breese, Illinois, a community built by early German immigrants, is home to one of the earliest wurstmarts in the region. It began in 1912 in the St. Augustine Parish. In the century since, many churches and organizations in our rural communities have held wurstmarts in the fall and winter. Even during World Wars I and II, communities gathered to eat their beloved homemade sausage and sauerkraut despite anti-German sentiment spreading across the country.

Officially celebrating 61 years in 2019, the Christ Lutheran Church and School in Jacob hosts one of the oldest continuing wurstmarts in the area. The Jacob Wurstmart actually began a few decades before as a way to celebrate German heritage and later to raise funds for community improvements. Festival-goers experience an afternoon of eating pork sausage made from a recipe handed down through several generations along with mashed potatoes, sauerkraut, and applesauce. The meal and recipes have remained the same for over six decades. Craft vendors, a silent auction and music add to the festivities.

The year 2020 may bring change

While the wurstmart tradition is well over a century old in Southern Illinois, 2020 may cause us to hit pause on holding these events this fall. We are living in somewhat unprecedented times, certainly for modern America, and events across the region are being postponed or reshaped to keep residents in our communities safe.

Attending a wurstmart festival definitely makes for a fun day, and eating traditional German food makes the day even better. However, if we are unable to partake this fall, take solace in knowing you can create your own wurstmart meal at home. You might even try your hand at making homemade pork sausage or sauerkraut!

To mimic wurstmart food, a good German bratwurst accompanied by mashed potatoes, Bavarian sauerkraut and homemade applesauce are all you need. If you’re more adventurous, you might try making the Bavarian-style German potato salad. We have several local meat markets where you can purchase wursts of all kinds, including the iconic bratwurst as well as leberwurst or blutwurst. Applewurst is a local favorite offered by several meat suppliers, often made with local apples.

A small batch of sauerkraut can be done using mason jars — and the small batch won’t smell up your basement nearly as much as the large batches our german grandmothers used to make! If you wish to try something simpler, gedämpftes kraut (steamed cabbage) is a good substitute. However, you can find quality sauerkraut in a jar or bag at most local grocery markets.

If you have the opportunity to attend an area wurstmart this fall, please do. You won’t regret it. If we are forced to wait a while longer, take time to sharpen your culinary skills and treat yourself, your family, or your friends to a good, old-fashioned German dinner at home.

Sausage on a Fork

It’s near the beginning of pawpaw season in Southern Illinois — and also near the end.

If the virus puts wurstmarts on the back burner this fall, you can make the typical German wurstmart meal at home.

Homemade pork sausage in the centerpiece of the local wurstmart dinner. Sauerkraut and mashed potatoes are often served alongside.

You can make your own sauerkraut, or you can find quality sauerkraut at many grocery stores and markets in the area. 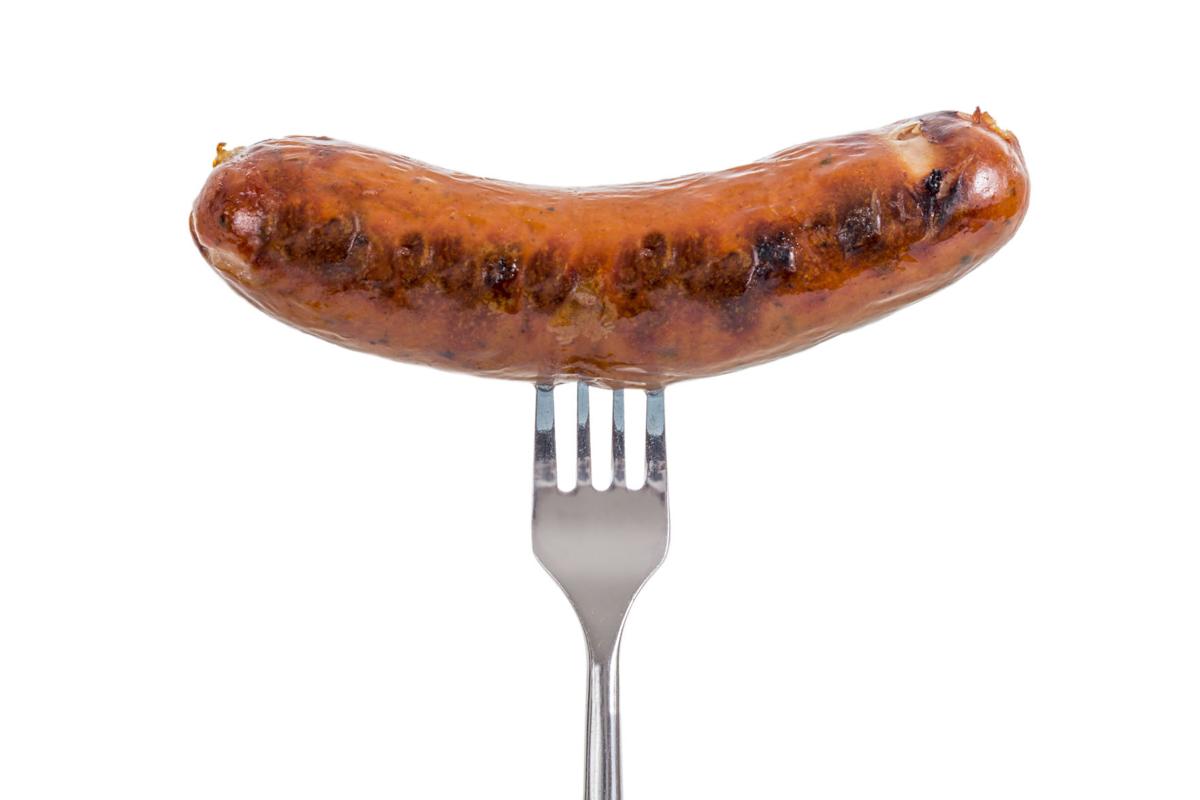