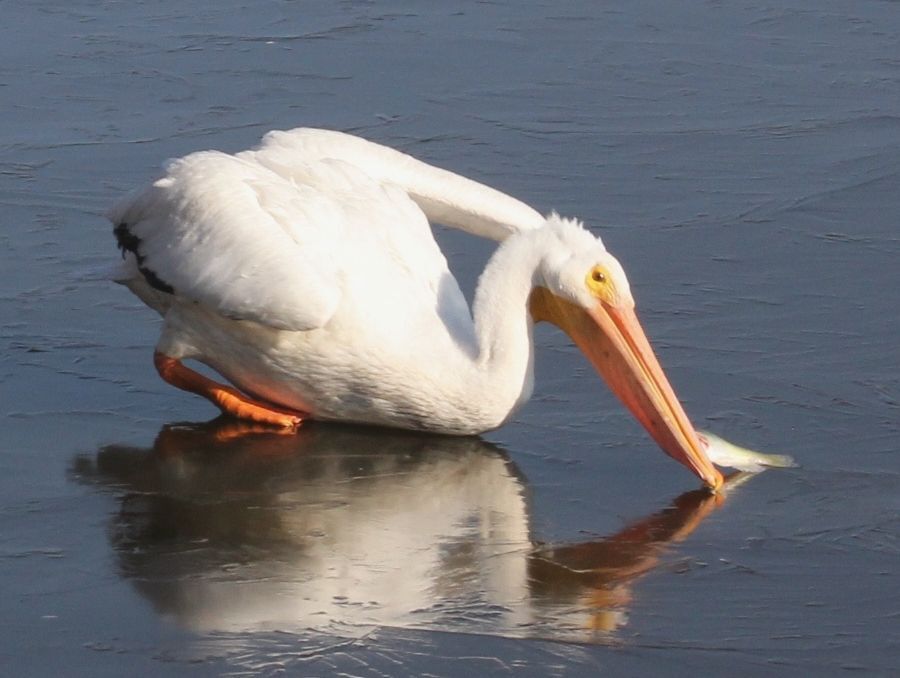 A pelican struggles to pick a fish off the ice. The fish was provided by a nearby ice fisherman. 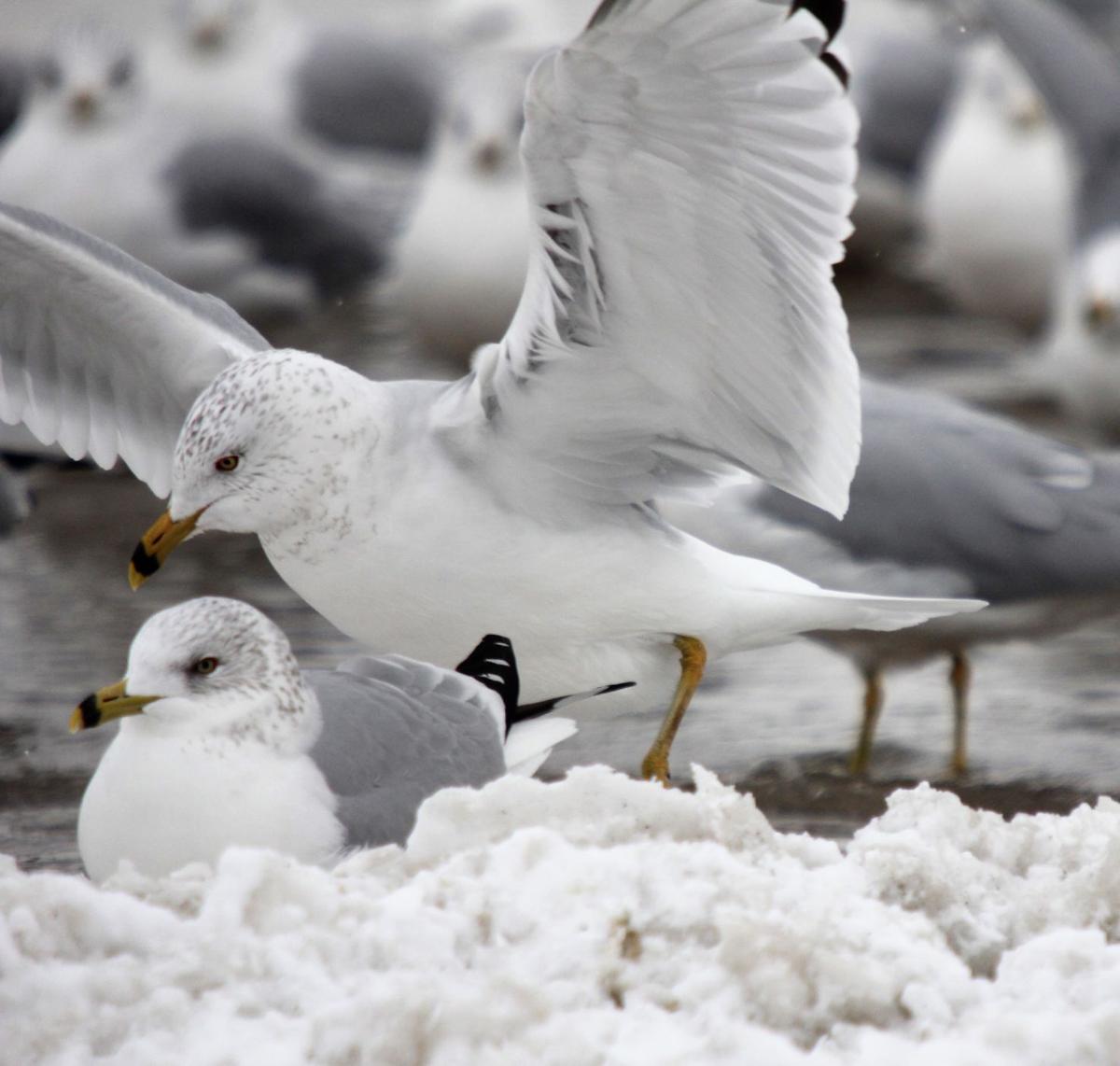 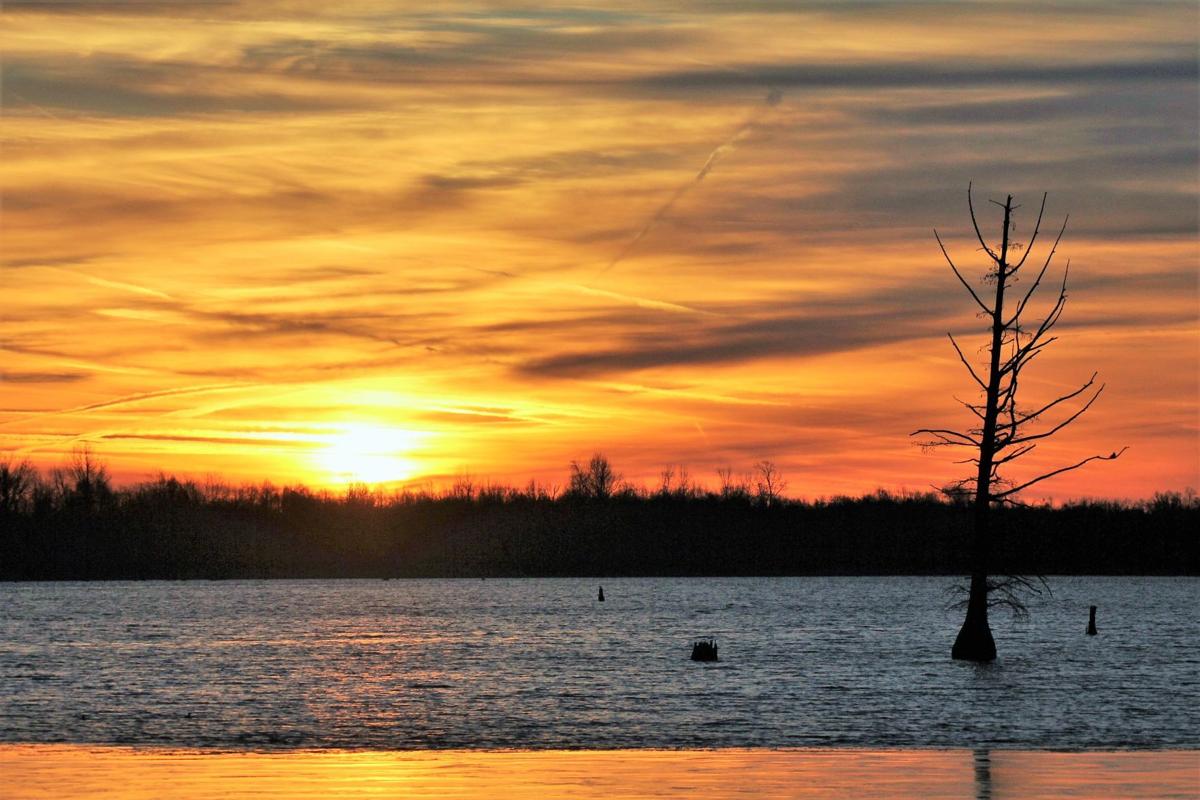 Sunrise on a crisp winter morning at Mermet Lake. 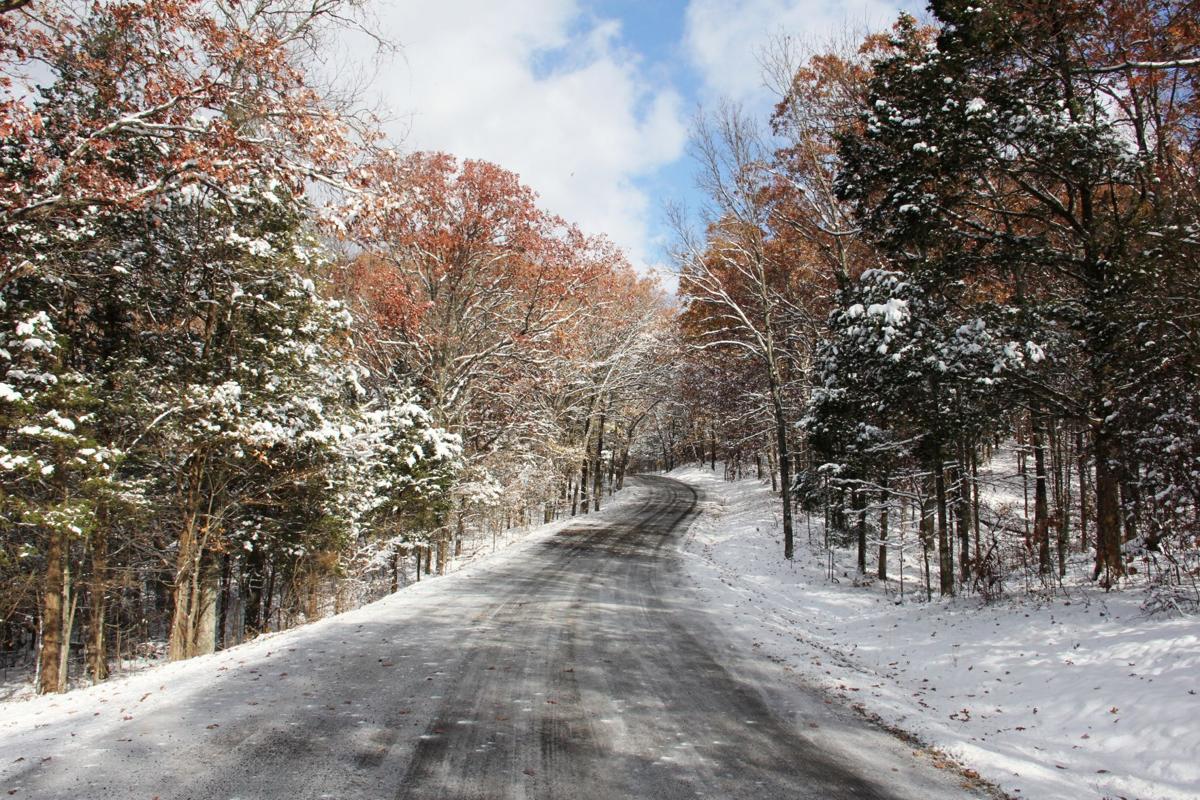 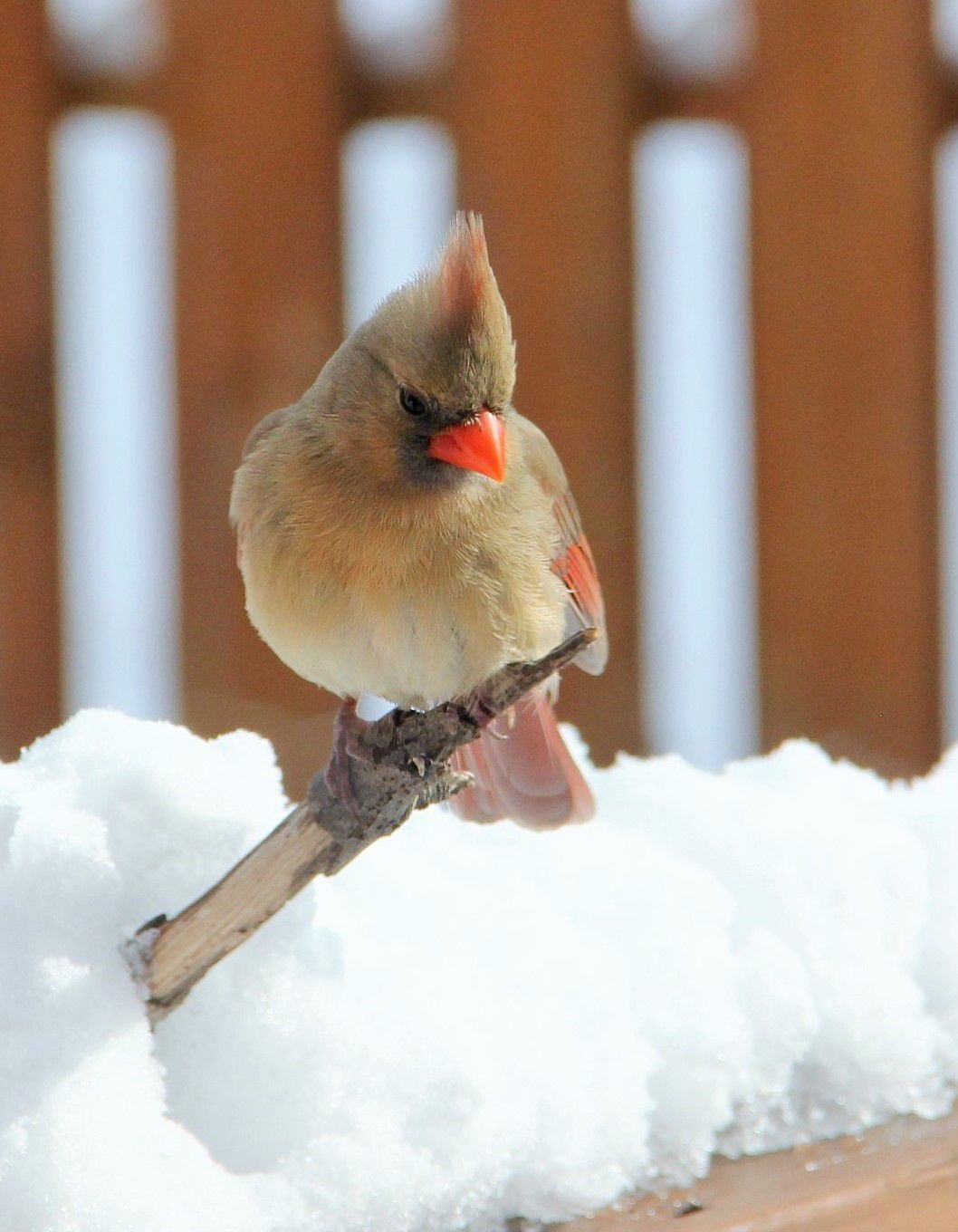 A female cardinal stares at the snow and longs for warmer days. 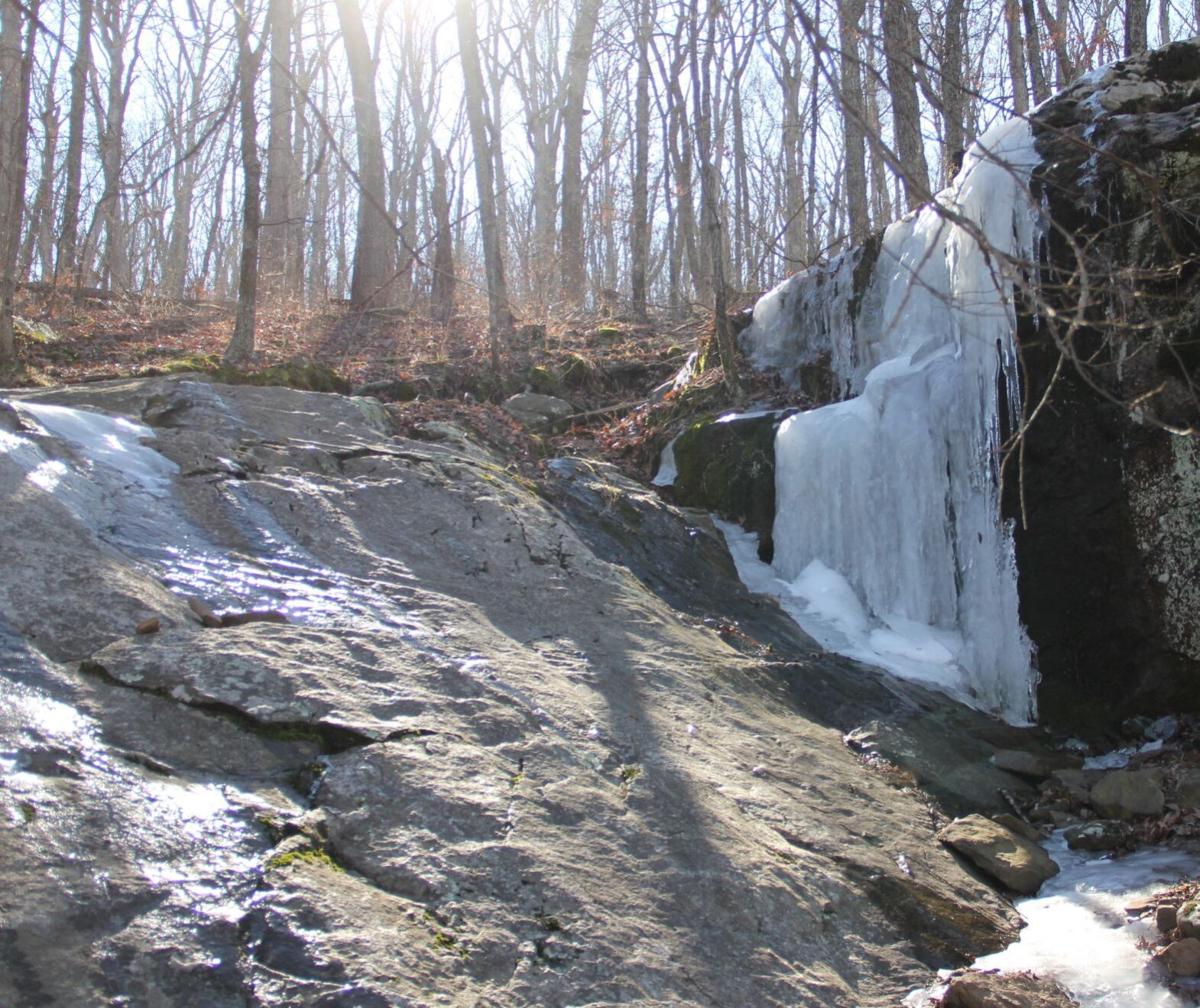 Sheets of ice decorate the trail at Old Stone Face in the Shawnee National Forest. 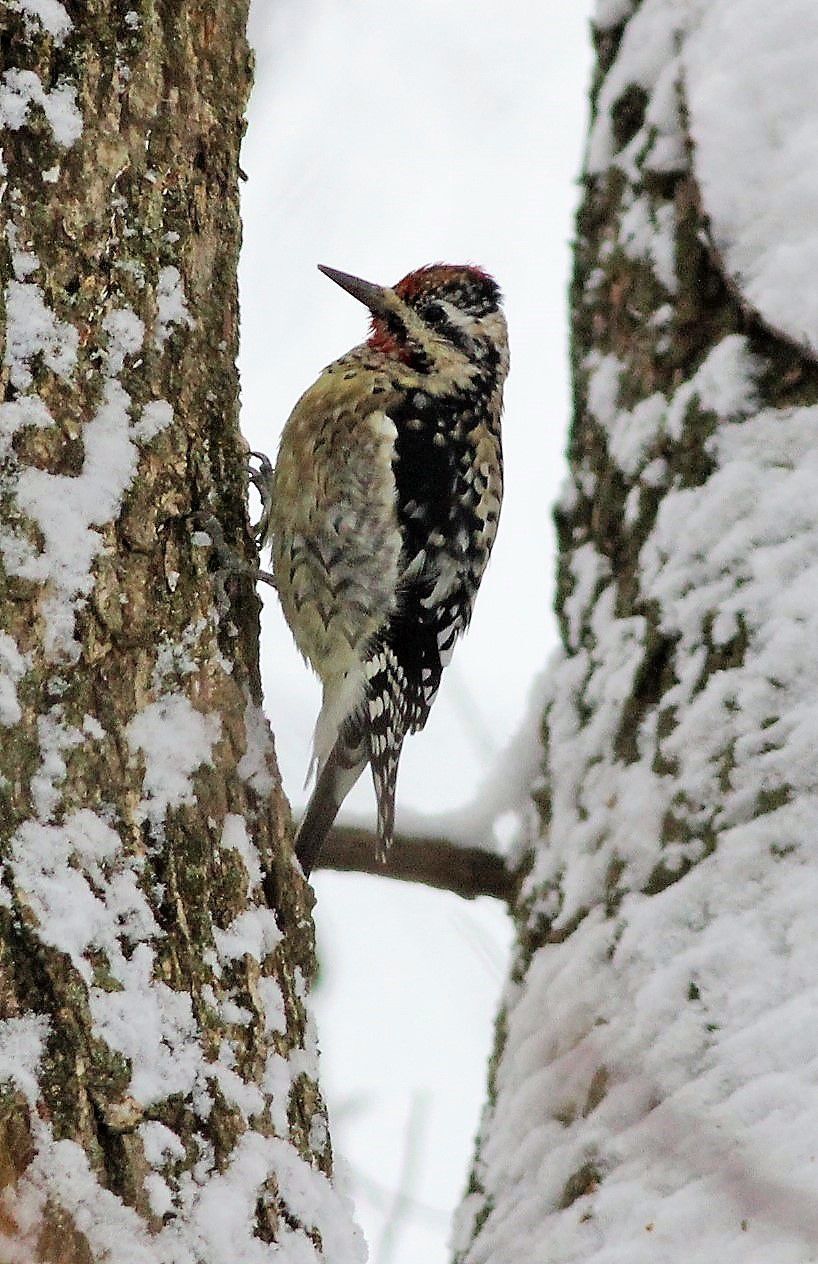 A yellow-bellied sapsucker searches for lunch on a winter's day at Crab Orchard National Wildlife Refuge.

story and photos by LES WINKELER

For many residents, the four distinct seasons of Southern Illinois is one of the region’s most endearing qualities.

Spring in Southern Illinois is wondrous. It creeps up on us slowly. The first crocus and hyacinths peek through the frosty soil when nights are still dark and cold in late January or early February. Soon, the daffodils emerge and the world slowly morphs from the browns and grays of winter into a green screen dotted with every color on the artist’s palate.

By mid-June, when the calendar tells us summer finally arrives, the temperatures normally tell us of the season’s early arrival. However, the late spring-early summer blend can be a deliciously rewarding time to see Southern Illinois.

The spring migration of warblers and songbirds bring visual and audio joy to birders and nature enthusiasts in general. And, the green backdrop provided by spring endures into late July, sometimes early August.

There are subtle hints that summer is reaching its peak. The roadside grasses turn brown and brittle. Particularly in hot, dry summers, the leaves of hickories and other hardwoods turn black at the edges and curl under.

However, a true sign of the approaching fall is the hum of farm machinery, buzz-cutting fields of corn and soybeans. The farmers’ toil creates a plume of dust, the rural equivalent of smog, visible against the backdrop of brown and yellow trees preparing to shed their leaves, the final vestiges of summer.

It is about this time of year that a nip returns to the evening air. The days grow noticeably shorter again. Many evenings, as the final rays of the sun are snuffed out in the western sky, the lonely call of the Canada goose can be heard in the darkness.

To me, the geese are saying, “Buckle up, winter is coming.”

In many ways, winter is Southern Illinois’ most unpredictable season. A couple generations ago, winter was a frigid time. Temperatures would plunge to zero and get stuck. Lakes and ponds would stay frozen for weeks, sometimes months at a time.

Snow was a frequent occurrence.

In recent years, winter has calmed down considerably. Oh, there are days where the mercury (who am I kidding, everyone has digital thermometers) dips nearly out of sight. But, those days are the exception, not the rule.

Snow? It’s also become something of an anomaly. It has become so infrequent that even a summer-lover as myself no longer sees it as a nuisance. It’s an opportunity to grab the camera, hit the backroads and record another side of Southern Illinois.

Despite grappling with the impact of the COVID-19 pandemic on food establishments, Esteban said the taqueria on Appleknocker Drive has been doing well and the Southern Illinois region has been out in full support.

As Mark Dolan travels the nation’s backroads and byways in what looks like an ambulance, he’s not responding to an emergency. He is searching out the personalities and places behind America’s obsession with barbecue.

A pelican struggles to pick a fish off the ice. The fish was provided by a nearby ice fisherman.

Sunrise on a crisp winter morning at Mermet Lake.

A female cardinal stares at the snow and longs for warmer days.

Sheets of ice decorate the trail at Old Stone Face in the Shawnee National Forest.

A yellow-bellied sapsucker searches for lunch on a winter's day at Crab Orchard National Wildlife Refuge.