J&J vaccine doses from troubled plant to be released, but many will be tossed, AP source says 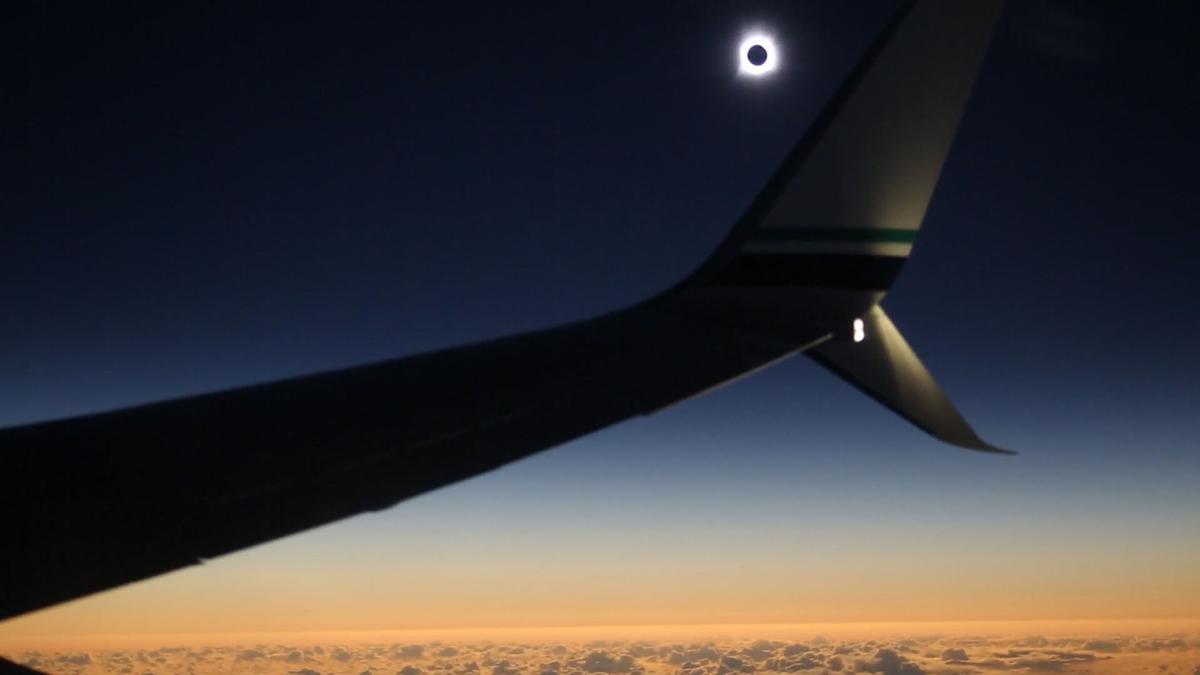 This photo of a solar eclipse in its Diamond Ring phase was taken in March 2016 aboard Alaska Airlines Flight 870. 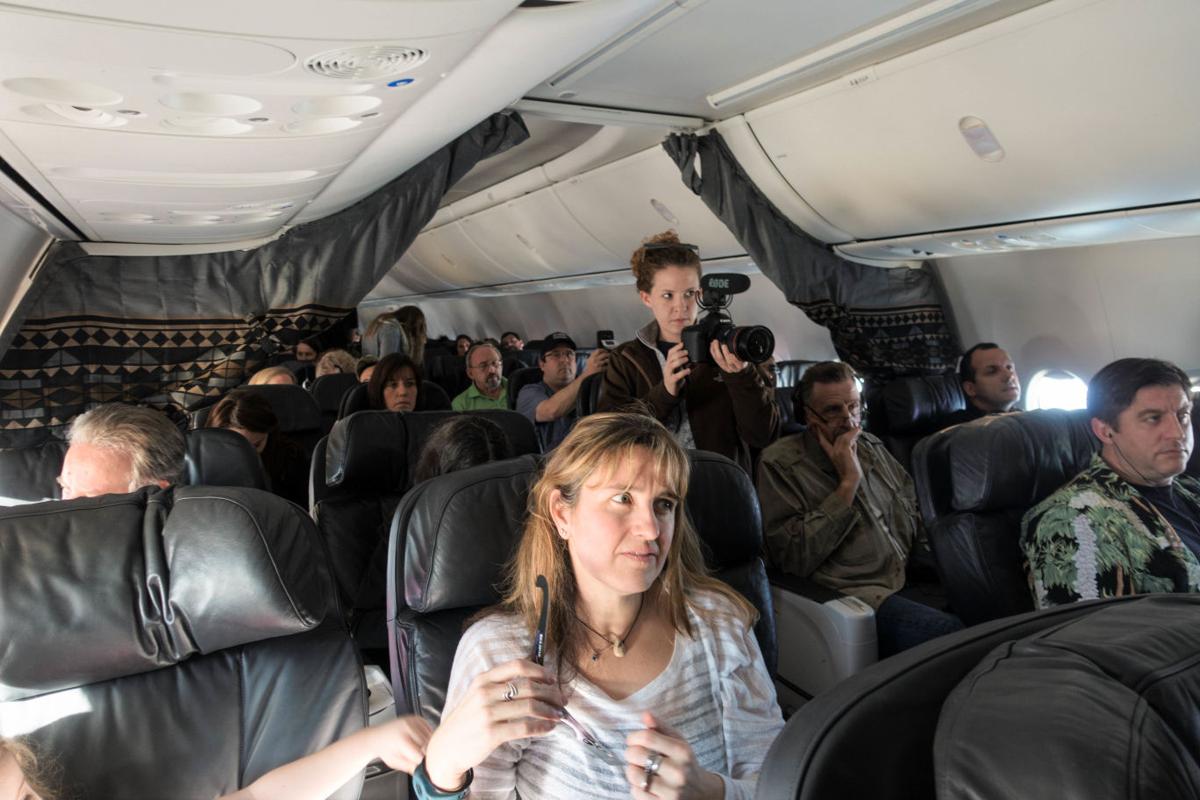 On March 8, Adams caught an aerial preview of things to come next year for Southern Illinois. She was among a dozen or so astronomers and enthusiasts aboard Alaska Airlines Flight 870 as it intersected with a total solar eclipse at 35,000 feet above the Pacific Ocean.

For Adams, the flight was as much about talking with experts and enthusiasts, or eclipse chasers, as it was about filming the eclipse.

Through her production company, Adams Photography and Productions, Adams is working on a documentary centered on the total eclipse due to arrive in Southern Illinois on Aug. 21, 2017, with its point of greatest duration set for a few miles south of Carbondale.

“Having gone on that flight, to me, has just really introduced me to their community, more than anything,” Adams said. “It has extended it far beyond Southern Illinois.”

The 2017 eclipse will be the first to touchdown on the U.S mainland since 1979 and the first since 1918 that will travel the entire mainland.

It is expected to bring with it up to 50,000 people to Carbondale and thousands more to Southern Illinois.

Adams, a chemistry and physics teacher, learned about the coming eclipse and the Citizen CATE experiment at a January 29 science conference at Southern Illinois University Carbondale, her alma mater.

There, she also learned of Bob Baer, who directs public astronomy observations through SIU’s physics department and is co-chair of the university’s eclipse planning committee.

He is also the Citizen CATE coordinator for Illinois. Citizen CATE, or Citizen Continental America Telescopic Eclipse, was one of three groups selected by NASA to support science education in connection with the eclipse. NASA also is planning a webcast during the eclipse at SIU.

The CATE project seeks to produce a continuous 90-minute film of the solar corona at 61 locations across the United States.

“The workshop was full of professional and amateur astronomers, and me, the lady that was totally oblivious to this whole thing,” Adams wrote in her blog. “After the session, I realized how big this event was going to be for Southern Illinois, Carbondale, and our little school in Gallatin County.  I wanted to be involved.”

So she contacted Baer and told him she was a teacher. She also mentioned she was a filmmaker, catching his attention, she said. About a month later, on Feb. 22, Adams found herself filming a meeting for Citizen CATE, including interviewing Baer and a SIU student about their upcoming trip to Indonesia for an eclipse rendezvous.

Baer emailed her the next day to thank her and the told her about the Alaska Airlines flight. He also introduced her to Mike Kentrianakis, the American Astronomical Society solar eclipse project manager.

“Mike immediately contacted me and sold me on the idea of filming from the plane,” Adams wrote in her blog. This was possibly a once-in-a lifetime trip, he told me.”

By then, the flight was sold out with 181 passengers. Adams persevered, advised to check with the airlines twice a day for any cancellations. On March 3, five days before the flight, she found and booked her seat as a representative of Southern Illinois, handing out “Makanda” eclipse glasses to passengers on their way to Honolulu.

Now, Adams is looking forward to another front row seat with her students as a documentarian of the Southern Illinois eclipse and the region’s preparation for the anticipated event. She plans to show the film at festivals once it is done, she said.

While not an eclipse chaser herself, Adams looks forward to filming the enthusiasts and the events held to usher in the eclipse and perhaps spawn a new generation of chasers, she said.

“This eclipse is going to possibly create a whole new generation of eclipse chasers,” she said. “This might be what starts them on their eclipse chasing adventures.”

CHEYENNE, Wyo. — Where's the best place to watch next year's eclipse? If you're thinking the grand open spaces of Wyoming, you have plenty of …

Where will all the people go? Looking at lodging for 2017 solar eclipse

For those who don’t know, there is a total solar eclipse in about a year, and Southern Illinois will enjoy the greatest duration of totality.

This photo of a solar eclipse in its Diamond Ring phase was taken in March 2016 aboard Alaska Airlines Flight 870.