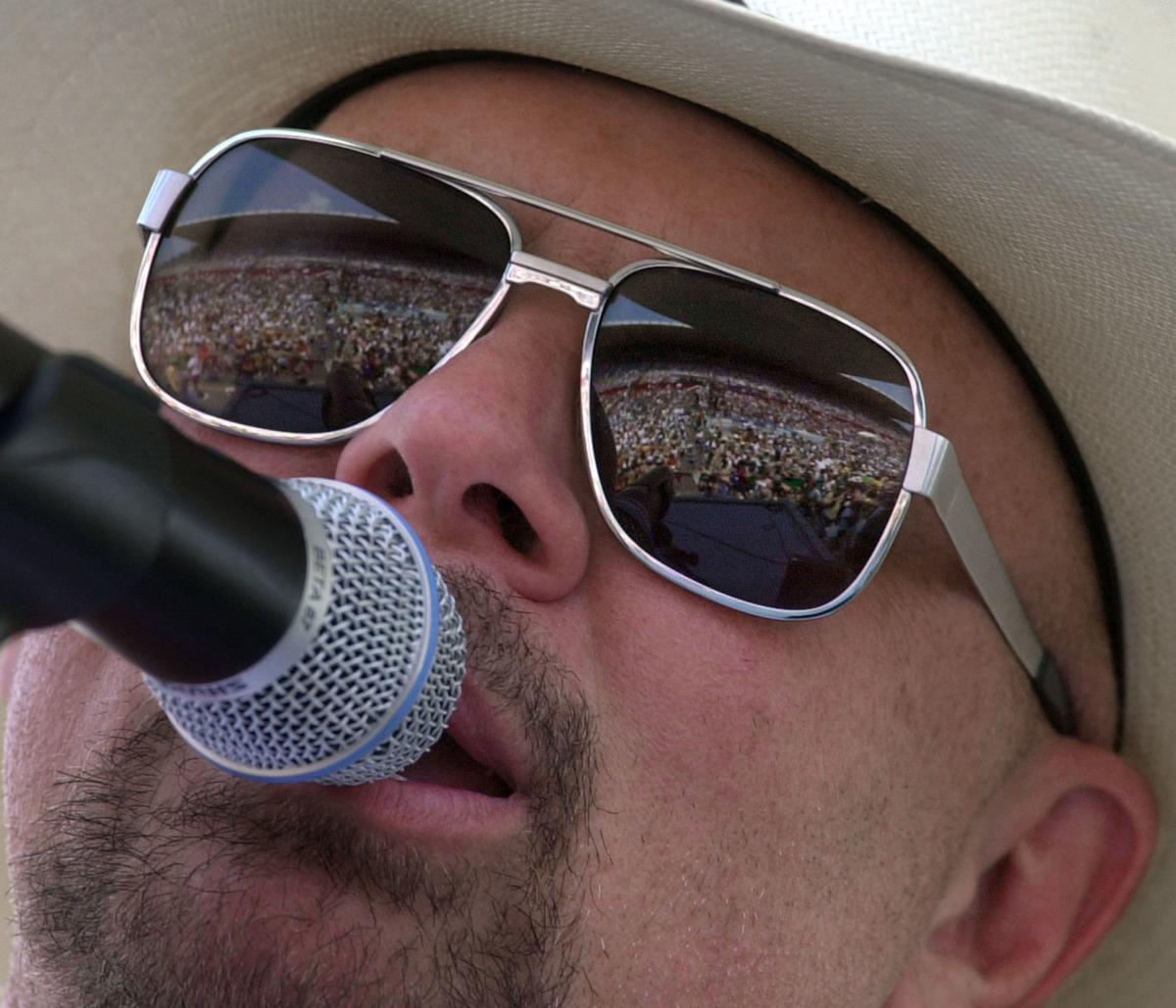 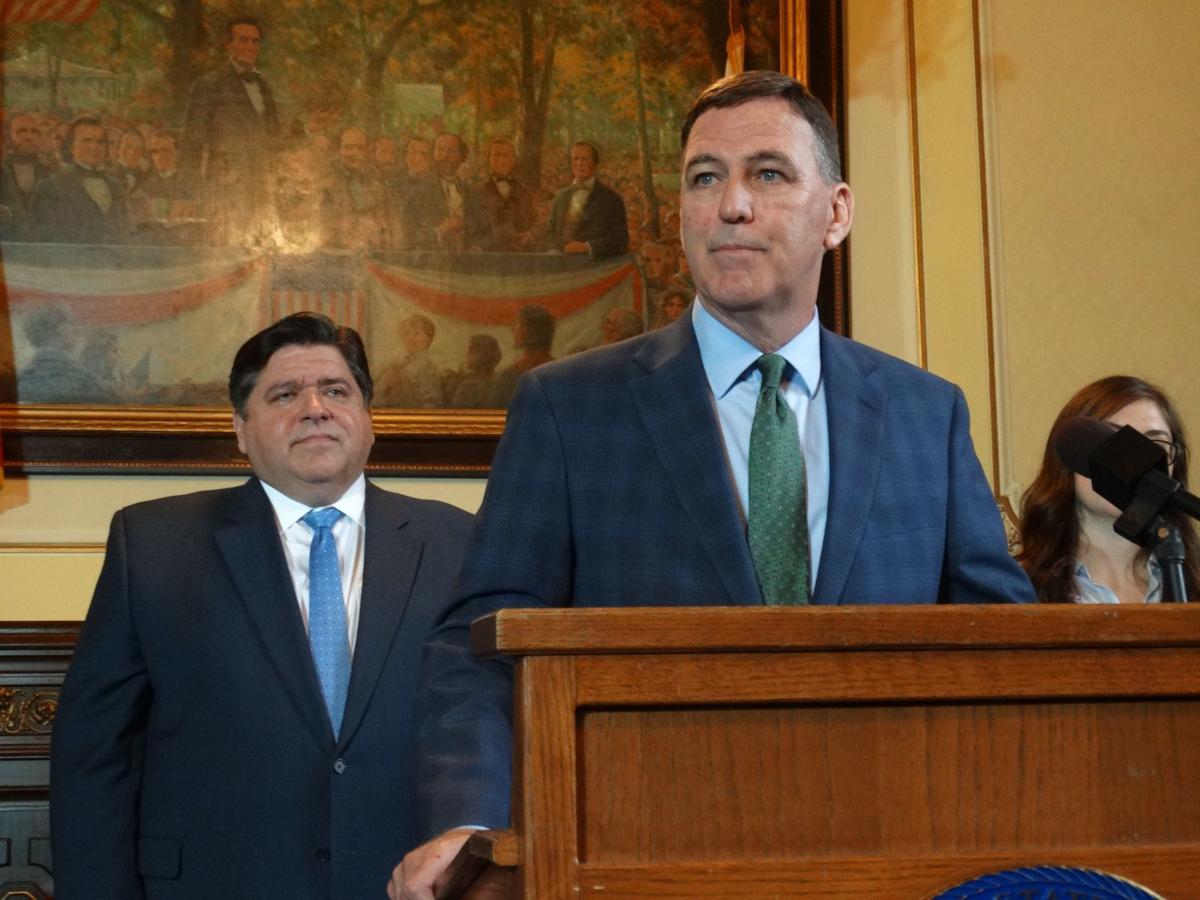 John Sullivan, acting director of the Illinois Department of Agriculture, and Gov. J.B. Pritzker announce in April that Illinois farmers can now apply for licenses to grow industrial hemp.

SPRINGFIELD — A southern rock band whose logo features Confederate flags was booked for the Du Quoin State Fair for two months before Gov. J.B. Pritzker's staff learned of the gig and abruptly canceled it, according to documents obtained by The Associated Press.

Pritzker's Agriculture Department scratched Confederate Railroad's Aug. 27 appearance at the southern Illinois festival just a day after the fair's lineup was announced on June 17, the same day a popular political blogger asked the governor's office in a text whether it was appropriate to bring the band in, given its name, emails and text messages obtained under the Freedom of Information Act show.

The Agriculture Department's lawyer notified the Du Quoin fair manager of the cancellation hours before the band's frontman sent an email explaining that the name "was never intended ... as a political or racial statement."

Dumping the band rankled music fans and others in southern Illinois, who complained that they must kowtow to the whims of liberal Chicago Democrats such as Pritzker. Black Diamond Harley-Davidson in Marion has booked the band for Sept. 5. But after the Illinois dust-up, the group lost a second show at the Ulster County Fair in New York's Hudson Valley Aug. 1.

Asked Tuesday for a copy of the policy, Bittner said, "Some values are so fundamental that they transcend a written policy, and this administration has made clear that state resources will not be used to promote symbols of hate or racism."

Krista Lisser, spokeswoman for Agriculture Director John Sullivan, did not respond when asked whether agency officials were aware of the policy when they signed the $7,500 Confederate Railroad contract in mid-April. Bittner said no one faced discipline over the matter.

Pritzker was unaware of the engagement before "we were contacted by the media," Bittner said. The widely read blogger texted Bittner on June 17 asking for an explanation for booking a band with "Confederate" in its name. Bittner responded, "Oh dear." Less than 24 hours later, Agriculture attorney John Teefey emailed a cancellation notice to the fair manager in Du Quoin, 88 miles southeast of St. Louis.

Later that day, Danny Shirley, lead singer for the Grammy-nominated group, signed in 1991, said in an email that the name was inspired by a Confederate steam engine dubbed "The General" on display at a Georgia museum. The logo features a steam engine with dual stars-and-bars flying from its boiler.

"The world has definitely changed," Shirley wrote, but "we have performed thousands of shows over the years, mostly to family friendly events .... People of different backgrounds, races and political affiliations have attended our shows and have always been welcomed. The name of the band was never intended to be taken as a political or racial statement. Hopefully this will clear up any misconceptions."

The band demanded full payment from the state because it missed other opportunities. Bittner said the band is reviewing a proposed settlement agreement.

Ironically, the question of politics and entertainment had been put to Agriculture officials just weeks before they inked the Confederate Railroad contract. McHenry County Democrats had squawked about booking rocker and staunch gun-rights advocate Ted Nugent for the county fair (he played a sold-out show Aug. 3). In response to a reporter's questions about how politics enters into decisions on recruiting state fair talent, the agency responded that organizers consider their budget, performer availability, routing, and wide audience appeal.

Voice of The Southern: Thumbs up to students, Helleny, Bost

Thumbs up to students returning to Southern Illinois University's campus. Sure, the return of students gums up traffic in Carbondale for a cou…

John Sullivan, acting director of the Illinois Department of Agriculture, and Gov. J.B. Pritzker announce in April that Illinois farmers can now apply for licenses to grow industrial hemp.