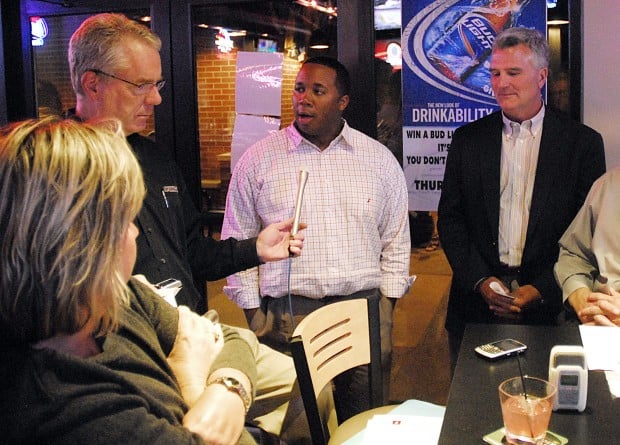 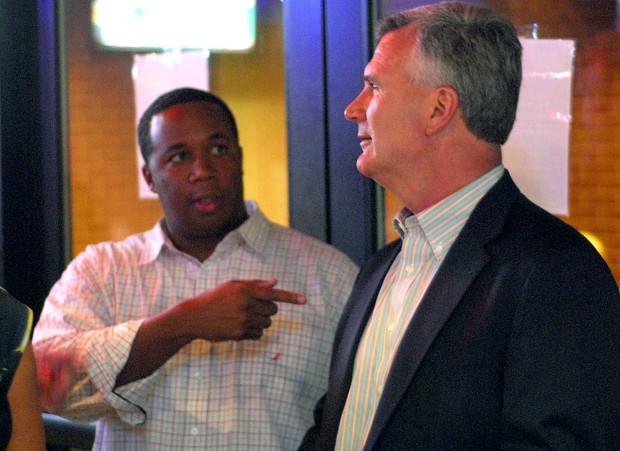 CARBONDALE - Two of the region's biggest basketball personalities announced Monday night they will unite for an outdoor charity dinner in November in Marion.

"I'm excited. Obviously, we talked about this last year and the thoughts about doing something for Coaches vs. Cancer, because most people have had somebody that's close to them touched by this disease," Lowery said. "We played in the event last year in New York City, the Coaches vs. Cancer event, which is a terrific event. So we wanted to parlay something along the same long lines, but with somebody in our family, and that's obviously why we chose to be with Illinois and coach Weber."

Weber led the Salukis from 1998-2003, going 103-54 with two appearances in the NCAA tournament. Lowery served under Weber as an assistant for three seasons, one of them at Illinois, before becoming SIU's head coach before the 2005-06 season.

Still a popular figure in Southern Illinois, Weber said he was excited to bring the fans of two of the state's marquee men's programs back together.

"I just thought it would be great to come back, kick off the basketball season, talk about our season, SIU's season and just kind of get some excitement going for both programs, but more importantly, raise some money for Coaches vs. Cancer," Weber said. "Obviously, it's a dreaded disease, and anything we can (do to) help it, because it usually affects everybody. Hopefully, (it will be) a fun night to tell stories about each other, the program, answer questions, and, maybe it becomes an annual thing."

The Simmons Law Firm donated $10,000 to the event to become the title sponsor. John Simmons, the husband of Southern Illinois Miners owner Jayne Simmons, founded the firm based in Belleville.

Corporate sponsorships are now being accepted by American Cancer Society's Marion chapter. To donate, call 618-998-9898, option 3, and speak to representative Amy Wisser. Individual tickets for the event, which will be $50 apiece, will go on sale Oct. 16, organizers said. The event has a maximum seating of 800 people.

Weber does a similar event with former Saluki and current Purdue University coach Matt Painter on the Illinois-Indiana border. That event raised close to $45,000, he said. Of course, this year's event might raise even more if Weber is finally able to announce that basketball series with the Salukis people have been dreaming about for years.

ALAN ROGERS / THE SOUTHERN Southern Illinois University men's basketball coach Chriw Lowery (left) and University of Illinois men's basketball coach Bruce Weber talk on Monday after announcing a joint benefit for the Coaches vs. Cancer fund that will be held Nov. 9 at Rent One Park in Marion.
© Copyright 2021 The Southern Illinoisan, 1001 E. Main Street Professional Park #2 Carbondale,IL | Terms of Use | Privacy Policy | Do Not Sell My Info
Powered by BLOX Content Management System from TownNews.com.
You don't have any notifications.