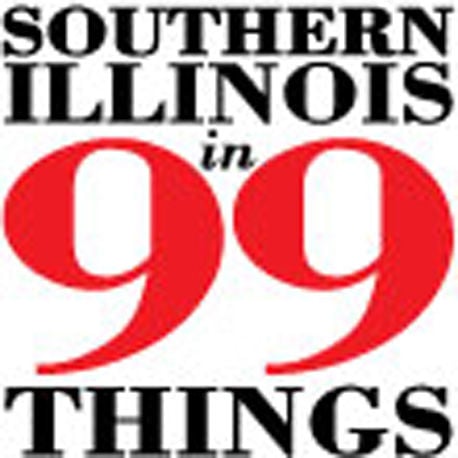 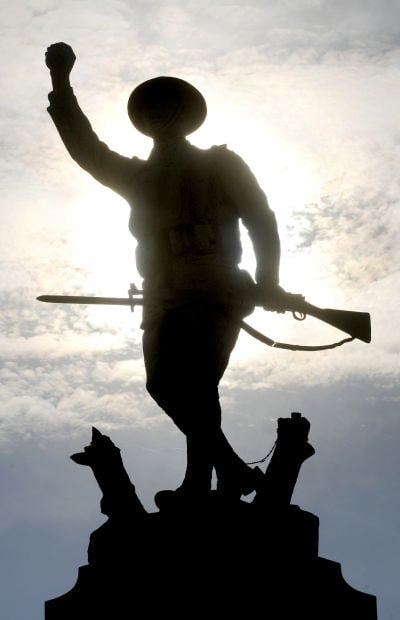 Every year on Memorial Day and Veterans Day, townspeople gather around the Herrin Doughboy on the corner of North Park Avenue and Adams Street to pay tribute to those who have fought and died for their country.

The Spirit of the American Doughboy statue, a World War I memorial statue, was dedicated Sept. 6, 1927, in the center of the intersection of Park Avenue and Monroe streets. Local veterans groups worked together on the project.

Because of an ever-increasing flow of traffic into the city, the statue and its majestic base moved in 1956 to a temporary location near Herrin American Legion on East Madison Street. And, in 1964, it was moved to Herrin City Park and rededicated three years later.

In 2002, the traveling soldier made his way home -- back to the center of downtown Herrin. And, as Mayor Vic Ritter exclaimed, that is "right where it should be."

The bronze statue and marble base, which together weighs about 25 tons, depicts a World War 1 infantryman with a rifle in one hand and grenade in the other -- forever memorialized in his war garb and deportment.

The state of Illinois originally had six Doughboy statues. The one at Lincoln Park in Chicago is now gone. In addition to Herrin, the others are in Alton, Soldier Field in Chicago, Columbia and Naperville.

Christopher police, Illinois State Police and the Illinois Department of Child and Family Services are currently investigating the situation surrounding the death of a 3-year-old from Christopher.

The Herrin City Council has voted to engage an architectural firm to build a new firehouse that would cost almost $5,000,000.

On Tuesday, police said they found a man who had been stabbed. He was then transported to SIH Memorial Hospital of Carbondale and treated for “non-life threatening” stab wounds.

Chants of “We're not afraid of finals! We’re afraid of guns!” rang out Wednesday on SIU's campus as students gathered outside the Student Center.

Anna's J & Scents  is a leading supplier of deer urine, sold to hunters looking to a bag a trophy.

A retired Marine veteran who lost people in the Vietnam war has partnered with the descendants of a long line of military folks to produce a mural memorializing people in the military and first responders.