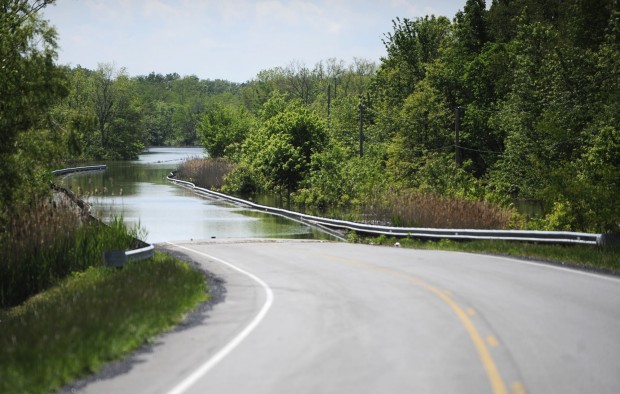 Stephen Rickerl / The Southern Flooding in Freeman Spur has nearly made the town inaccessible. The only route into the town is from the Franklin County side of town on Pershing Road. 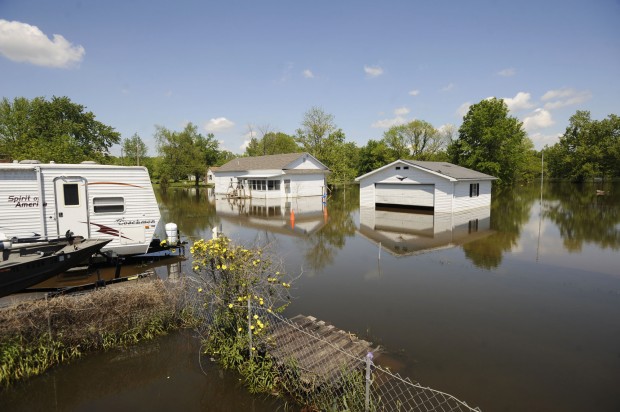 Waters are beginning to recede in communities along the Ohio and Mississippi rivers, but emergency service coordinators say there's still work to be done.

"Things are actually starting to get better," Nicholson said. "We've had a large drop in the Olive Branch area. We are having water moving out of there now. It's getting where hopefully the residents can start getting back in there."

In Cairo, Mayor Tyrone Coleman announced that residents who have evacuated their homes will be allowed into the city between the hours of 10 a.m. and 6 p.m. each day to pick up medications, clothes and pets.

"There's still many people right now with water in their homes," Hahn said.

He said it will be the mayor's decision on when to remove the flood gates in Golconda, but said it likely won't be before Monday.

Hahn said once the water recedes, the county will begin recovery mode and will work with the Illinois Emergency Management Agency to perform damage assessment.

In Massac County, Emergency Services Director Larry Douglas said the county is "hanging in there."

"The water is receding very slow," he said. "It's down three-tenths of a foot from its high point."

Douglas said the county is still trying to assist people in any way it can. He estimates thousands of people in Massac County alone have been displaced by the high water.

"We're estimating, when you look at the whole county, there's probably 2,000 plus people that in some way have been affected by the incident."

Areas in Williamson County affected by flooding are beginning to see floodwaters recede.

Stephen Rickerl / The Southern Flooding in Freeman Spur has nearly made the town inaccessible. The only route into the town is from the Franklin County side of town on Pershing Road.