Become a Member
Read Today's E-edition
Share This
Ashmore files lawsuit against ACHA seeking $9,518 in pay for his perceived role as director
6 comments
Share this
1 of 3 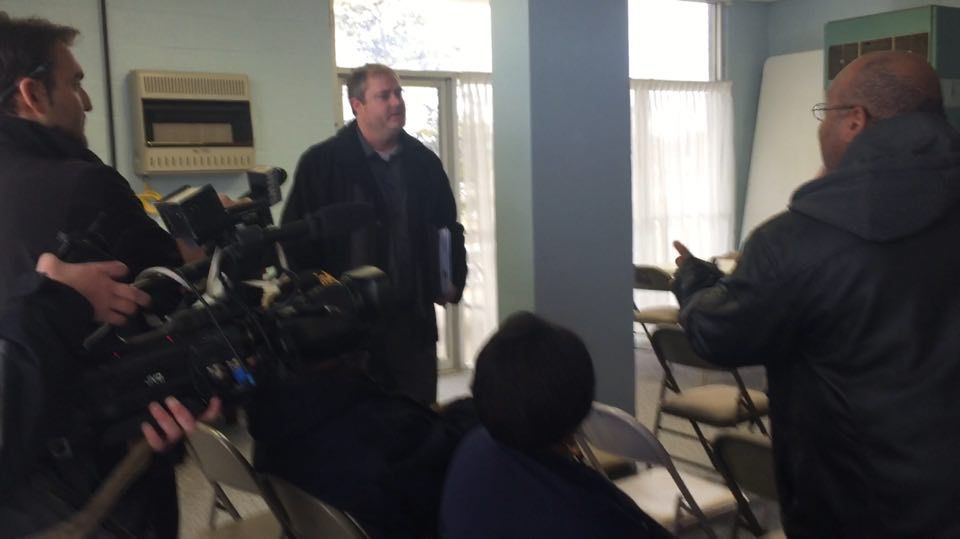 Philip Matthews, a pastor in Cairo, addresses concerns with Sesser Mayor Jason Ashmore, who minutes before was named the new executive director of the Alexander County Housing Authority at the board’s meeting on Jan. 19. 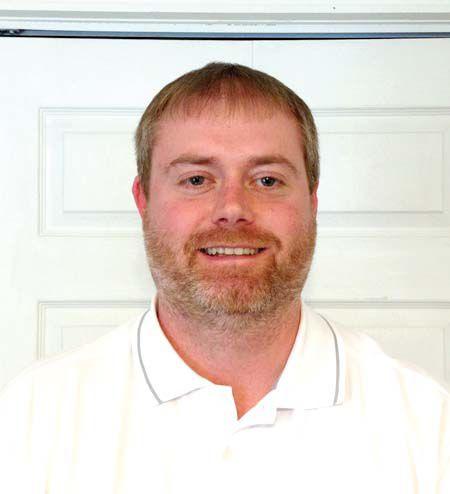 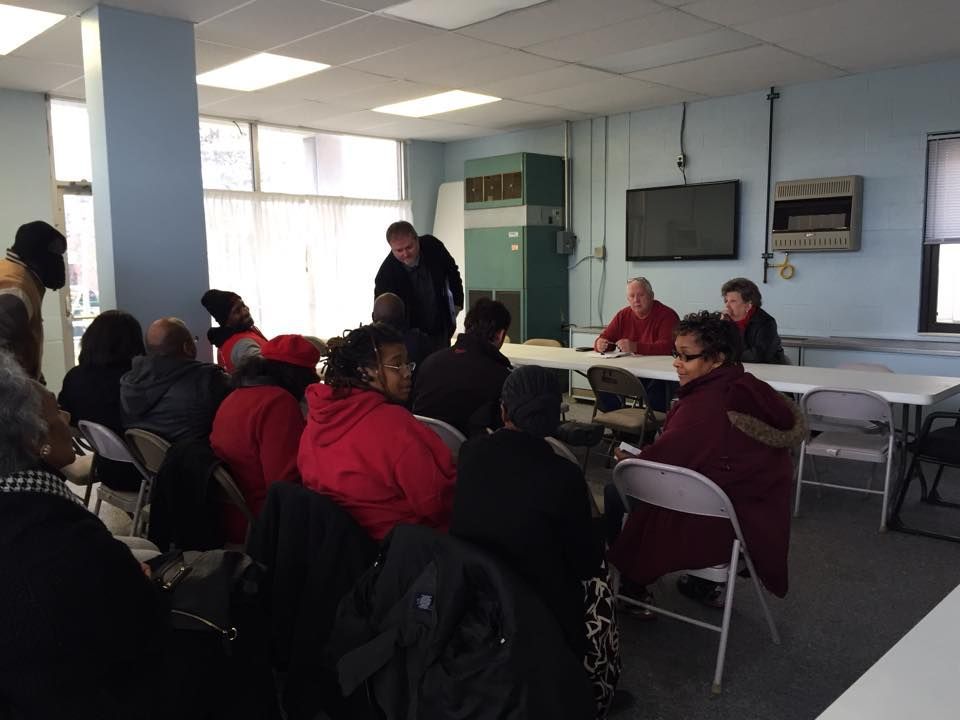 CAIRO — Sesser Mayor Jason Ashmore has filed a civil lawsuit in small claims court in Alexander County seeking $9,518.40 for the time he reported to work at the Alexander County Housing Authority in what he perceived to be his role as executive director.

The suit, filed in Alexander County Circuit Court, alleges the ACHA failed “to make payment under an employment agreement” to Ashmore.

A vote was taken Jan. 19 by three of five present members of the ACHA board to hire Ashmore, though no terms of his employment were agreed upon that day. At the time, then-chairman Andy Clarke stated it was the board’s intention to vote on a contract for Ashmore at an upcoming meeting. That never happened, and the five people that made up the ACHA board were dismissed of their duties on Feb. 22 when the U.S. Department of Housing and Urban Development seized control of the housing authority in a rare move, citing years of mismanagement.

Though hired under questionable circumstances, Ashmore continued to report to work in Cairo for about six weeks — until Feb. 29 — at which time HUD officials placed in charge of the troubled housing agency informed him that he was not the executive director of the agency.

HUD did not term its directive that Ashmore no longer should report to the ACHA as a firing or other type of dismissal; rather, the federal housing oversight agency states that it did not recognize Ashmore as having ever been legally hired as the executive director.

In late March, the ACHA board, by this point taken over by HUD and made up of two HUD appointees, addressed the Jan. 19 meeting at which the vote was taken to hire Ashmore. At the March 30 meeting, Towanda Macon, a co-administrator of the HUD Recovery Team assigned to Cairo, stated: “Since no original, signed meeting minutes were presented from the meeting convened on Jan. 19, 2016, given that there are no official or original documents on record, the current board is unable to take action on approving the minutes.

Further, she states, “If any actions were taken at the meeting, they have been invalidated because it (the meeting) was a violation of Illinois’ Open Meetings Act as attested by the housing authority’s counsel.”

The vote to hire Ashmore at that Jan. 19 meeting was taken after HUD’s Chicago director of Fair Housing and Equal Opportunity stated that he was declining to sign off on the ACHA board’s hiring of Ashmore, citing his lack of housing experience and decision not to relocate closer to the ACHA’s administrative offices but instead commute from Sesser, where Ashmore serves as mayor.

It is roughly 85 miles — or a 1 hour, 30 minute drive — from Sesser to Cairo — about 3 hours round trip. At the time he was hired, Ashmore was unemployed other than his position as part-time mayor. He had previously been dismissed from his administrative position with the Illinois Department of Transportation’s regional office in Carbondale following Republican Gov. Bruce Rauner’s swearing in.

Though his position as mayor of Sesser is non-partisan, Ashmore is active in Democratic politics. It is common for change in positions that are administrative appointments when a new governor is seated, particularly one of a different party than the outgoing governor, as was the case when Rauner defeated then-incumbent Democrat Gov. Pat Quinn.

HUD’s Fair Housing director was required to sign off on the ACHA’s choice for executive director under the terms of a voluntary compliance agreement the board had previously agreed to in an effort to address numerous issues of mismanagement and discriminatory practices previously cited by HUD.

But the board decided to vote on Ashmore’s approval anyway at that Jan. 19 meeting. There was a sizable audience in attendance at that meeting, and several people, most of them there to oppose the hiring of Ashmore, asked for an opportunity to address the board but were denied that right.

Then Chairman Clarke told the audience members he was not required to allow them to speak because the “special meeting” was called outside the routine board meeting schedule specifically to vote for a new executive director for the agency.

After the meeting, The Southern Illinoisan and a citizen who was at the meeting and wanted to address the board, filed a complaint with the Attorney General’s Public Access Bureau alleging the meeting violated the law when citizens were denied the right to address the board given that the Open Meetings Act requires board set aside time for public comment at all meetings.

On behalf of the board, the ACHA’s attorney, Rick Abell, responded to the Attorney General’s Office that the board was not aware the rule applied to special meetings. He called it a “simple mistake” that would be corrected moving forward.

The majority of citizens who appeared at that meeting are African-American. The housing agency has been cited for numerous alleged practices in housing and employment at the ACHA discriminatory against African-American residents and workers. Cairo has a long history of racial tensions.

When Ashmore was informed by HUD in late February that he was not the executive director, he issued a statement that read, in part: “I am extremely disappointed in HUD’s decision to wrongfully remove me as executive director. I have and will be consulting with legal counsel concerning this wrongful discharge, the blatant reverse discrimination issues behind the discharge and other related labor law violations concerning HUD’s failure to follow basic wage regulations.”

During his roughly six weeks on the job, Ashmore claimed he was making tremendous progress in righting an agency that oversees roughly 400 housing units in one of the poorest and most complex communities in Illinois. He has since been critical of HUD officials that have been on the job in Cairo about six months at this point, and the agency as a whole. In his statement issued in February upon being notified he was not the executive director, Ashmore noted that HUD, as the oversight agency for housing authorities, had responsibility to take action in Alexander County if it was aware of mismanagement and misappropriations by the ACHA management or board.

“They didn’t care then and don’t now,” he said at the time, in a written statement provided to media outlets. “This is all about appearances and there is no substance behind HUD’s intent or its vision for this community.”

Ashmore is represented in his small claims suit by the Bigler Law Office, based in Anna. The same firm represents the city of Sesser.

A hearing has been scheduled in this case for 9 a.m. Friday at the Alexander County Courthouse.

CAIRO – U.S. Sen. Mark Kirk has sent a letter to the Department of Housing and Urban Development’s Inspector General calling for an investigat…

Editor's note: This story has been updated to correct the amount of time Glenn Gulley served on the Sesser-Valier School Board, which was four years.

Philip Matthews, a pastor in Cairo, addresses concerns with Sesser Mayor Jason Ashmore, who minutes before was named the new executive director of the Alexander County Housing Authority at the board’s meeting on Jan. 19.