He says what’s lost in the political dysfunction of our day is that most people fall somewhere in the middle politically. “I’m not your cookie cutter Democrat, that’s for sure,” he said.

Signature components of his campaign platform include a call for increased border security at the U.S.-Mexican border, in particular, and support for a constitutional amendment to overturn the Supreme Court’s Citizens United decision that flooded the political system with money like never before.

Concerning border patrol, Kelly said Americans should not be fearful of anyone who comes into the country legally. But he said that “all of us have good reason to be very afraid and very concerned and very vigilant” about the flood of heroin, fentanyl and synthetic meth that is coming across the Mexican border.

During an interview with The Southern Illinoisan at Brews Brothers Taproom in Murphysboro in late August, he said that Americans are “losing our capacity to govern” as citizens and political leaders are consumed with fighting each other. There are people who have a vested interest in seeing that Americans are distracted by their differences, he said. He cites the flood of money into the political system as part of what has led to the polarization of the parties and inability for political leaders to compromise.

Kelly said one thing he likes about the 12th District is that it represents a lot of the diversity of America. Stretching from Alton in the Metro East across southwestern Southern Illinois to Cairo, the district includes urban, suburban and rural communities.

“What I love about the 12th is it is very much a little bit of everything that you find in America. … all the good bad and ugly. All the great things we have, all the challenges we have, you can find in the 12th congressional district, whether it’s from Cairo to Alton we’ve got a little bit of everything. It’s a district that’s what most districts frankly should be I think. We have too many districts that are blue, blue, blue – deep blue. We have too many districts that are super, super red. … It’s one of the reasons we have this constant trench warfare between the parties where nothing gets done.”

It’s a split district by many measures. Republican President Donald Trump won it by 12 points and U.S. Sen. Tammy Duckworth, a Democrat, by 9 points, he noted.

Asked to name three major issues important to his candidacy, Kelly said it is a need for infrastructure improvements, addressing the heroin and opioid crisis, which he said includes securing America’s borders and points of entry and adequate access to health care for people who are addicted, and addressing the divide that has brought governing to a near standstill. Here’s a bit of what he had to say on each topic.

Infrastructure: Kelly said that if elected he would advocate for enhanced spending on infrastructure programs. “We literally have bridges that are falling apart. Roads that are crumbling. Police stations that were built during the Roosevelt administration, people without access to high speed internet, public housing that is falling apart,” he said.

He said finding solutions to replace outdated public housing facilities is particularly important to him as his district includes at least two cities — East St. Louis and Cairo — facing major needs for improved affordable housing for people who are living in deep poverty. “I’ve had to do my battles with the East St. Louis Housing Authority and HUD,” he said. “You take Cairo and multiply it by 10, and that’s what we have in the East St. Louis public housing. “It’s a magnet for all types of violence and crime.”

He said that infrastructure projects sponsored by the federal government also result in jobs, both directly and indirectly by the private businesses that are supported by improvements to rail, road and river port improvements. “We send so much money as a state to the federal government,” he said, of Illinois. “And we don’t get back the same amount of money that we are sending. We should be at least getting back what we are sending.”

“People feel frustrated and angry,” he said. “They may have a job but their salary is the same as it was in 1995. But health care and college and child care and utilities have all gone up. At the end of the day, you’ve got nothing left.

Infrastructure is literally our road to prosperity,” he said.

Opioids/heroin: Another issue of importance to Kelly is addressing the opioid crisis sweeping Southern Illinois. He said that includes supporting innovative programs for law enforcement and the courts, and making sure people have adequate access to health care that includes treatment for mental health and substance abuse.

Kelly said too much of the drug problem is falling on law enforcement’s shoulders. More holistic approaches are needed, he said. “We are going to break our justice system if we don’t have people from both sides come forward and show some courage,” he said.

The political divide: Kelly said every political leader is responsible for trying to heal the political divide in America that has brought governing to a near standstill. He sees overturning Citizens United through constitutional referendum as a critical component to making the electoral process more accessible and fair. In 2010, the high court determined campaign spending is free speech protected by the First Amendment and resulted in unprecedented amounts of money flooding into the electoral process.

“Everywhere I go, whether I talk to Democrats or Republicans, there’s a visceral response when you talk about the flood of money into our political system,” he said. Kelly said that “Democracy has been mutated into something it was not intended to be.” He said the money tends to support candidates on both sides of the aisle who are more extreme than the majority of Americas. “There are people who would prefer to have us all fighting each other," he said.

Kelly has served as the state’s attorney for St. Clair County, the state’s seventh largest county, since 2010. He was appointed that year to fill a vacancy, and has been elected to the post twice, in 2012 and 2016. He is the presumptive frontrunner for the Democrats in their bid to unseat Bost. Bost is serving in his second term after having unseated one-term former Democratic U.S. Rep. Bill Eynart in 2014, and easily claiming re-election victory in 2016 against C.J. Baricevic, a Belleville attorney. Bost has not made an official announcement about whether he plans to seek re-election.

The district has changed shape and demographics over the decades, but was long considered a Democratic stronghold. U.S. Rep. Jerry Costello, D-East St. Louis, represented the region from 1988 to 2013.

Bost, a Republican, is a former Marine and firefighter from Murphysboro who ran for Congress after a 20 year legislative career in the Illinois House.

Kelly, 41, said his family moved to the Metro East area when he was 10 years old. His parents, both civilian military employers, were stationed at Scott Air Force Base. He attended all but his final year at Belleville East High School. His parents’ jobs were transferred to the Pentagon, so he finished his final year of high school in Washington D.C.

After high school, Kelly attended the University of Notre Dame on a Navy ROTC scholarship, and was commissioned after graduation. Kelly said he served in the Middle East and other locations around the world as a warfare officer. He attended law school at Saint Louis University.

Kelly lives in Swansea with his wife, Joanne, whom he met at Wolf Branch Elementary School, in Swansea, and their two boys, Zac and Owen.

EAST ST. LOUIS — Rineka Simmons is fast. The proof is on the wall.

BENTON — A Benton man is challenging Mike Bost for the Republican nomination in the race to represent the 12th Congressional District.

If he wins, Brendan Kelly wants a change in leadership — meaning finding options other than Pelosi

CARBONDALE — Brendan Kelly, the newly-nominated Democratic candidate for the U.S. 12th congressional race, says he is less interested in rheto… 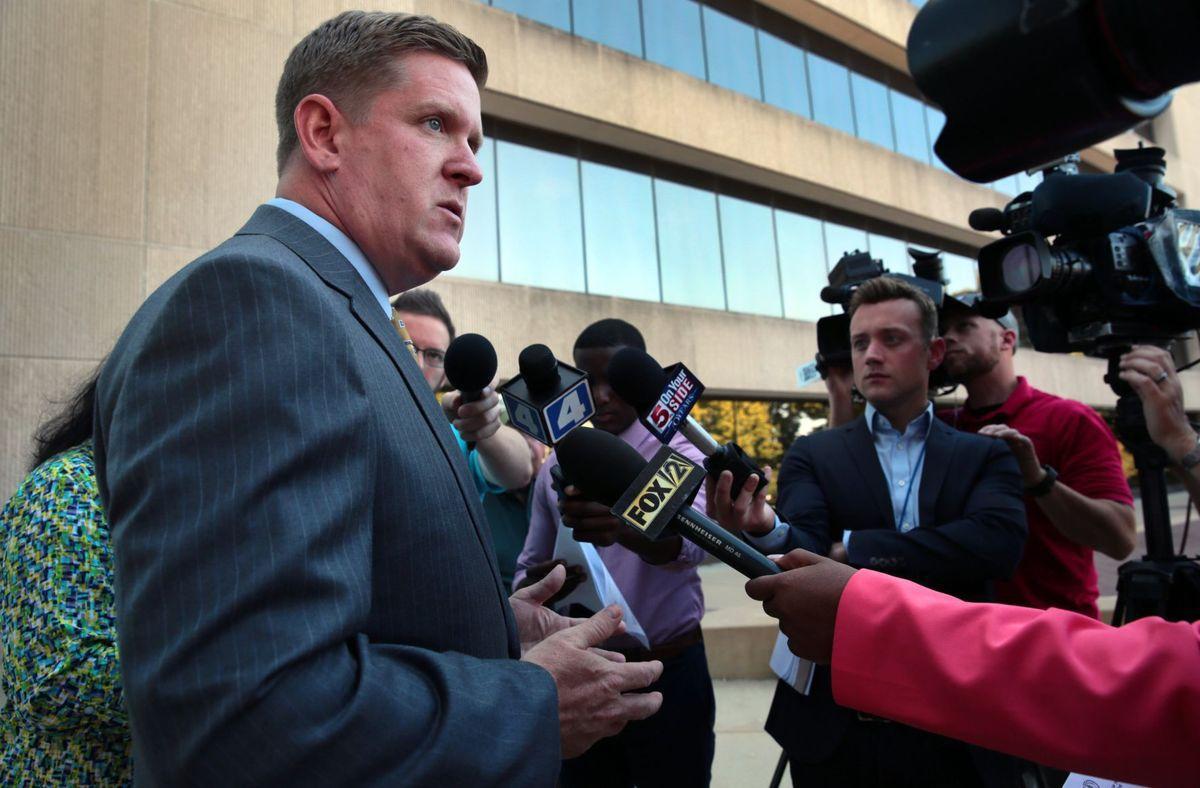 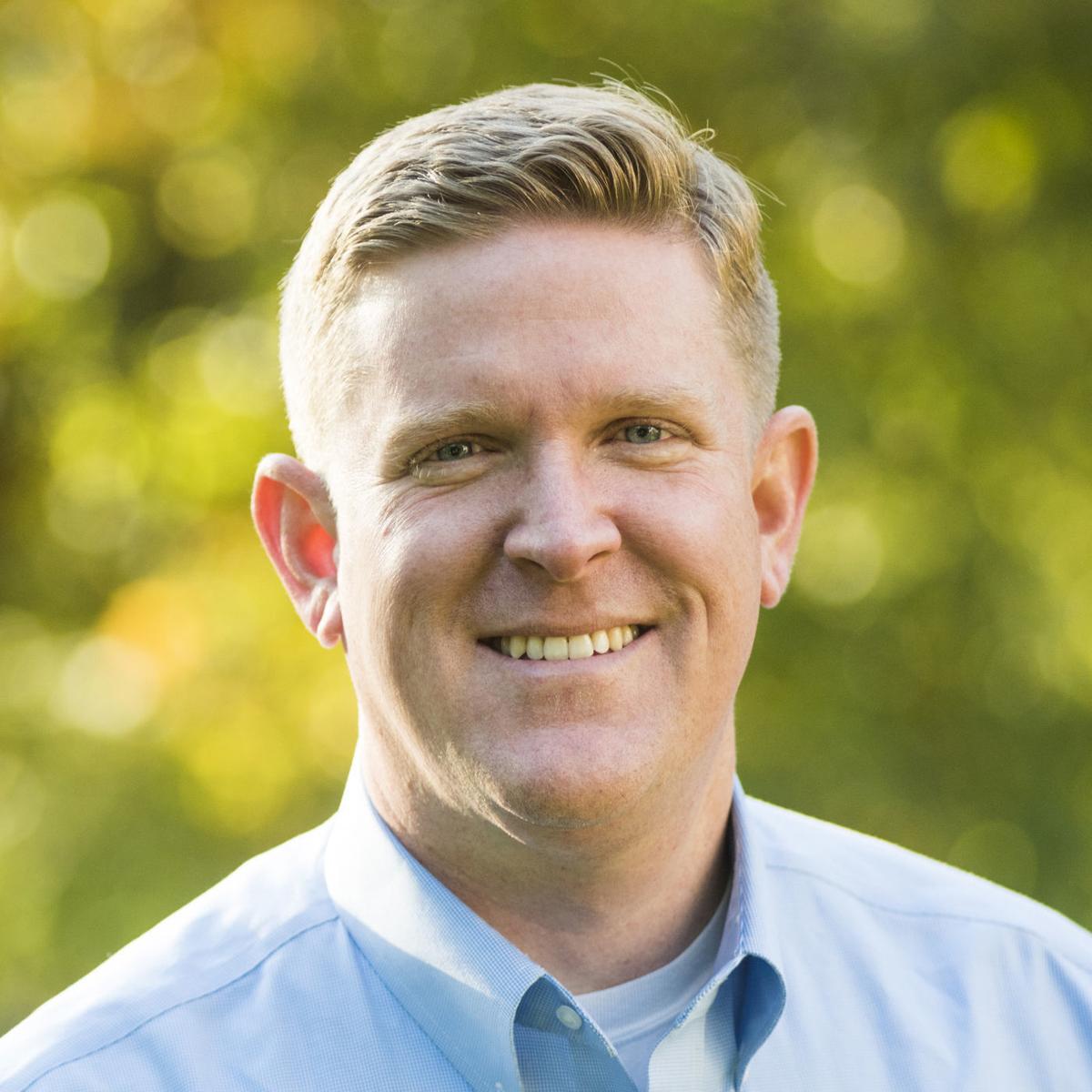