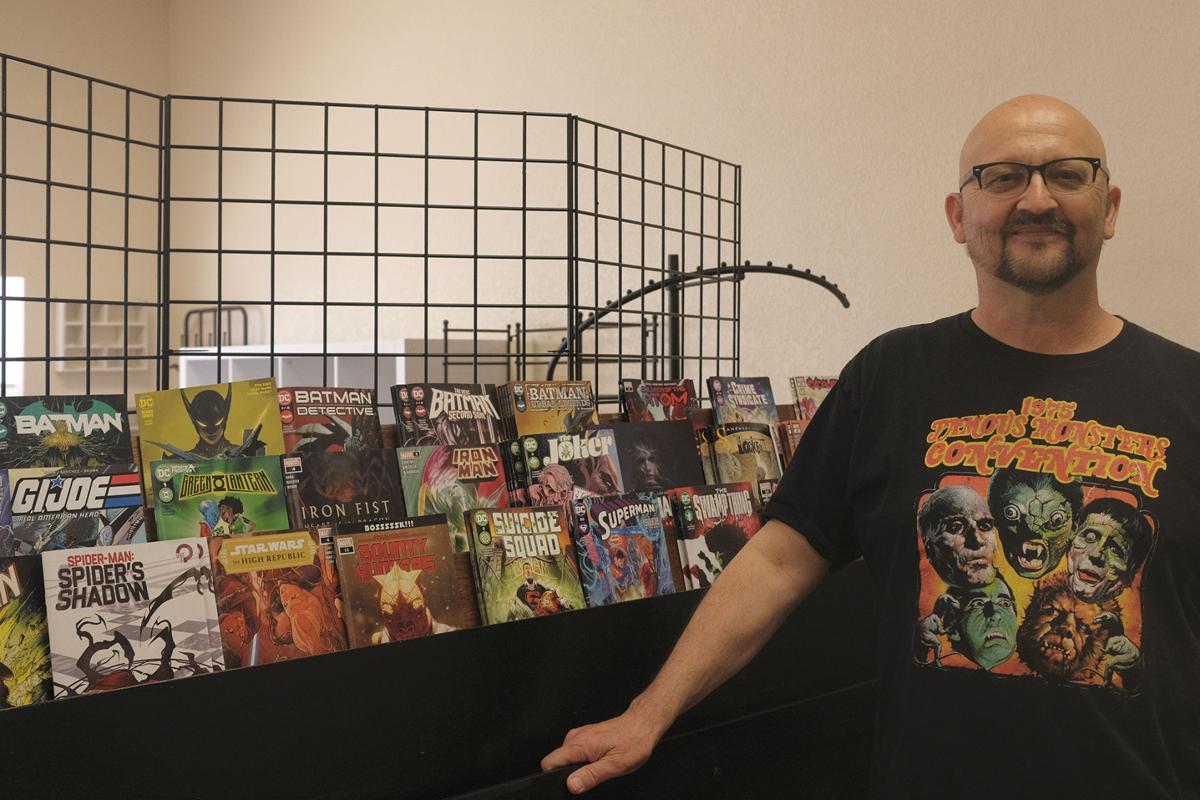 Mike Noe poses for a portrait Wednesday in his new shop, Muddy Monster Comics, in Murphysboro. Noe owned Campus Comics in Carbondale before moving the business to Murphysboro this month and changing its name. 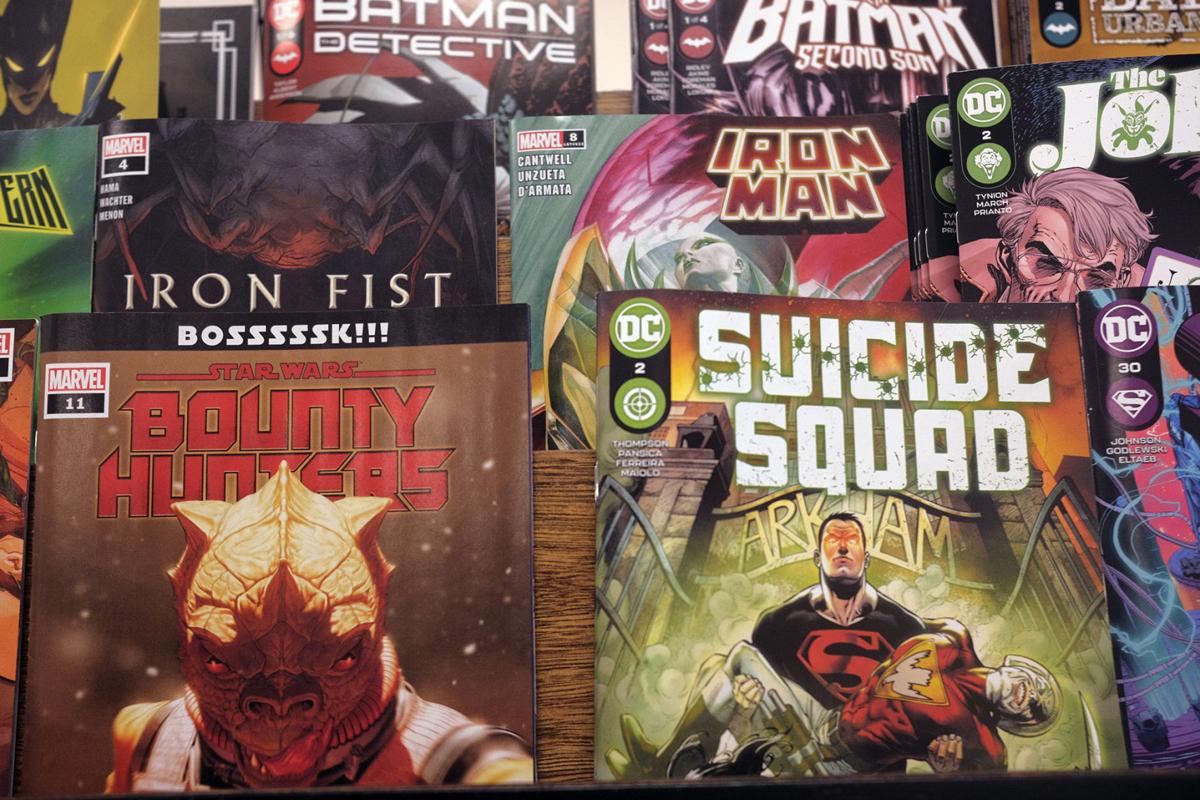 Comic books sit on the shelf Wednesday at Muddy Monster Comics in Murphysboro.

MURPHYSBORO — Mike Noe, owner of the former Campus Comics, is bringing his love of “nerd culture” to Murphysboro as he moves the longtime Carbondale staple to its new home.

Noe took over the business in 2016 from the previous owner, Dennis McCord, who started Campus Comics on South Illinois Avenue in 1983. The two had worked together for years when Noe took over.

This move to Walnut Street in Murphysboro isn’t the first move the business has made. Noe said the shop moved from Illinois Avenue to East Main Street in Carbondale in 2004, too.

Ange Dixon doesn’t know what she saw, but she knows she’s not crazy.

Noe said he’s seen a lot of changes in the industry in the years since first getting into comics and eventually into the business itself.

There was the comic boom in the 1990s that eventually went bust. Then there’s been the steady decline in new comic book readers.

Noe said despite the popularity of movies like "The Avengers" and the Batman franchise, this doesn’t translate to new readers.

Noe said the bulk of a comic shop’s money comes from personalized comic subscriptions, but in the last year he saw a 30% reduction in subscription customers because of the pandemic.

Playing games at home? There are plenty to pick from, and shops are open for curbside pickup.

Noe said the business has shifted with people seeking out comic book and superhero merchandise. This is where he wants to go with the newly named Muddy Monster Comics. Noe said he grew up on monster comic books in the early 1970s and wants to embrace this niche with his new location.

“What I want to do is lean more into … monsters and pop culture,” he said.

The move to Murphysboro was the result of a lot of different factors. But ultimately Noe said he liked what he saw in the town’s business community.

“Just the attitude of the town and the support … is very exciting and encouraging,” he said. Noe pointed to the vibrant Murphysboro Main Street organization that works to promote local business and said Mayor Will Stephens’ enthusiasm for the new shop went a long way to making him feel welcome.

In recent talks with The Southern, Stephens also praised the Main Street group for its efforts to beautify downtown and attract customers. But he also credited landlords downtown for making their spaces attractive to potential new businesses.

Christian Baril’s story of encountering the Big Muddy Monster will be featured in a new documentary film, “Creature from Big Muddy: An Illinois Bigfoot Legend,” aimed at chronicling the folklore of Southern Illinois’ own Bigfoot creature.

While Noe said he currently has to focus his efforts on retaining his old clientele he looks forward to branching out. He spoke of small pop culture themed events at the shop in the future, maybe even a Star Wars showing at the historic Liberty Theater downtown. He dreamed of doing this during the unofficial May the Fourth Star Wars holiday.

This year, though, the celebration starts a few days early. Noe said his grand opening in Murphysboro will be May 1 in his new location at 1422 Walnut St. in Murphysboro.

The FBI processed a record high number of gun background checks in March nearly 4.7 million in one month. The agency is able to make an immedi…

Mike Noe poses for a portrait Wednesday in his new shop, Muddy Monster Comics, in Murphysboro. Noe owned Campus Comics in Carbondale before moving the business to Murphysboro this month and changing its name.

Comic books sit on the shelf Wednesday at Muddy Monster Comics in Murphysboro.