Looking for a gift that is sure to fit and might even lead to quality family time with memories to last beyond the holiday?

Scott Thorne, owner of Castle Perilous Games and Books in Carbondale, said board games may be the perfect answer.

From classics such as Risk and Monopoly to more recent favorites including Catan and Ticket to Ride, Thorne said board games build relationships while providing fun.

“There’s nothing that compares to sitting across the table from friends and family and engaging with one another,” he said. “Games are a great way to bring everyone together during the holidays.”

Thorne said the return on money spent on games is significant, as each game can provide hours of interaction and memories. He added that a wide variety of games are available ranging from games of luck (with outcomes dictated by rolls of the dice or the drawing of cards) to what he calls “hobby games.”

“A hobby game is a game that relies much more heavily on strategy than it does on dice rolling,” he explained. “A lot of the mass market games rely a lot on chance, but in a hobby game, while there is some element of chance, you may be in a situation where you have to decide how to use the card you drew or what to do. You have more control.”

The appeal of most games is that they provide "old-fashioned" interaction – getting people off of their phones, said Sydney Rather, manager at Castle Perilous – with the exception of one of the year’s hottest games, Alice is Missing.

“Alice is Missing is a great way to have a board game experience, even with people who might not be able to be together physically in one location,” she explained. It’s a game you can play through your phones where the scenario is a local girl is missing and everyone’s texting and gossiping about it trying to find her.”

Thorne said in the game, players each take a role in the hunt for Alice, but communication among players is limited to text messages.

“It’s for people who love texting and the text generation,” he said, adding the game has been so popular he has had trouble keeping it in stock.

The game Wingspan has been a frequent purchase for several years Thonre said. In this rummy-like game, players try to collect sets of birds and attract the best birds to their property. He said the game has great artwork and an expansion pack featuring Asian birds recently was released. Betrayal at House on the Hill is a game where players work together until about halfway through game play, where one player turns on the others.

“Games make great gifts because you draw people together around the table and you get hours of fun and a sense of accomplishment,” he said, explaining that board games start at $10, so they fit most budgets.

Gift Guide: 10 low-tech gifts for kids that are more fun than screen time

If the child you’re buying a gift for is in that everything gross is cool phase, this National Geographic chemistry set is sure to be a hit.

KiwiCo is full of super fun low-tech toys for all ages, but this Race Day toy is the perfect thing to pull out at big family gatherings. The kit comes with two balloon cars your junior engineer and a competitor can design and customize.

Encourage creativity and expression with this ultimate easel set from Fat Brain Toys. Siblings won’t need to fight over turns since this two-sided easel has a magnetic whiteboard on one side and a blackboard on the other.

Let’s face it–most kids’ playhouses are garish eyesores. Not so with this cute and understated Palm Springs playhouse from Crate & Barrel.

This world map tablecloth is a great way to keep groups of kids entertained during the holidays without sticking them in front of the nearest television. It also makes a cool tapestry to hang in their room once it’s completely colored.

It’s tempting to pull out your phone and let kids play on their favorite apps when boredom strikes. Instead, spark their imagination with this pretty play box. It’s like an on-the-go dollhouse that makes long car trips or doctors office waiting rooms feel fun.

Get creative with this alien clay kit by Hey Clay. Kids can choose from 18 cans of vibrant clay to recreate a custom version of six alien characters.

If you’re looking for a gift that will keep older kids engaged, Society of Curiosities makes tabletop mystery games with escape room challenges and coded clues. The “Who Framed Mr. Wolfe?” game calls upon players to solve the disappearance of Little Red’s grandmother and is recommended for children 12 and older.

8. Brew Your Own Root Beer Kit

Every kid will be more interested in learning about chemistry when the result is two gallons of delicious old-fashioned root beer. Brew your own with this kit from Wicked Uncle.

With this fun and educational pinball kit, kids can design their own pinball board, learn about physics along the way, and then play until they win.

If your college student is coming home for the holidays, grab some of these stocking stuffers to make his or her Christmas even more memorable.

Flying with children? Better plan ahead to get seats together

Earlier this summer, the Office of Aviation Consumer Protection issued a notice urging U.S. airlines to “do everything in their power” to keep…

Eats of the Week | Larry's House of Cakes: Serving up sweet treats for 60 years

When brothers Neil, David and Dale Clayton celebrate their business’ 60th anniversary this year, the choice of what to serve will be a no-brainer.

A two-pageants-in-one event Saturday in Marion will crown the new Miss Southern Illinois as well as the new Miss Heartland.

A Union County couple with a deep love for the region are helping others share their own affinity for the area through their apparel company, SOE.

The Wallflowers to perform in Marion on April 22

Grammy Award winning rock band The Wallflowers will be in concert Saturday, April 22 in Marion.

Here's how ice can be unpredictable on the lakes

Here's how ice can be unpredictable on the lakes 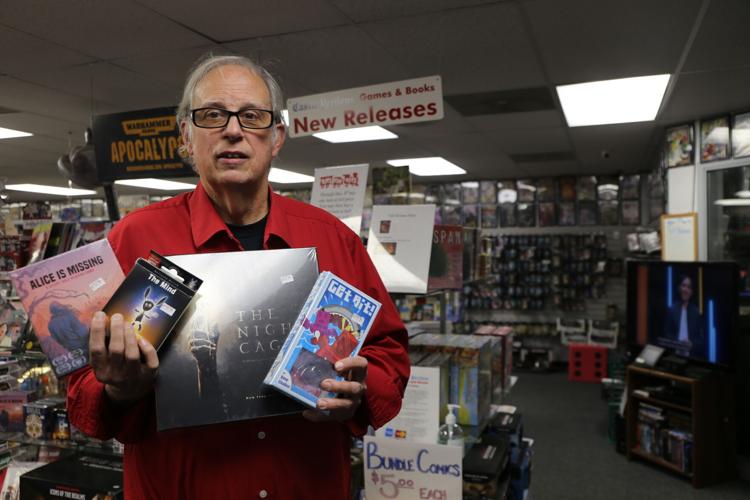 Scott Thorne, owner of Castle Perilous Games and Books in Carbondale, holds some of this year's most popular board games. 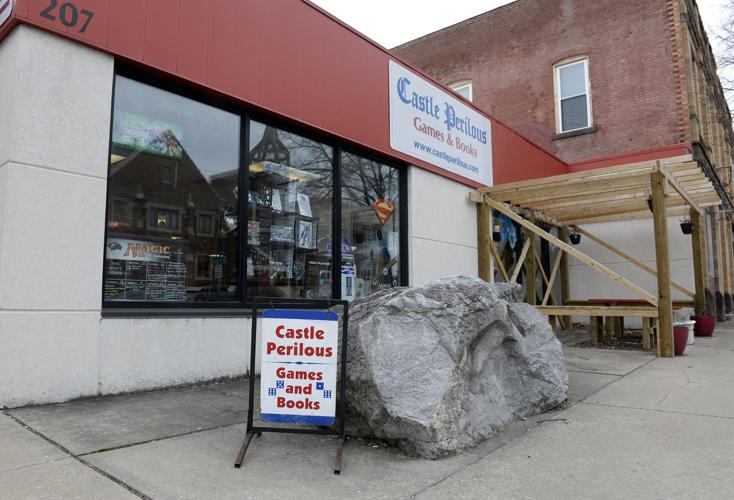