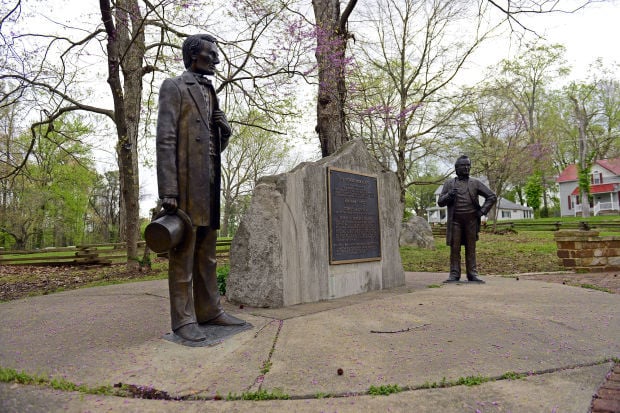 Statues of Abraham Lincoln and Stephen Douglas along with a commemorative plaque mark the site of their Sept. 15, 1858, debate in Jonesboro. The Jonesboro debate was the third of seven between the two candidates for the U.S. Senate seat. 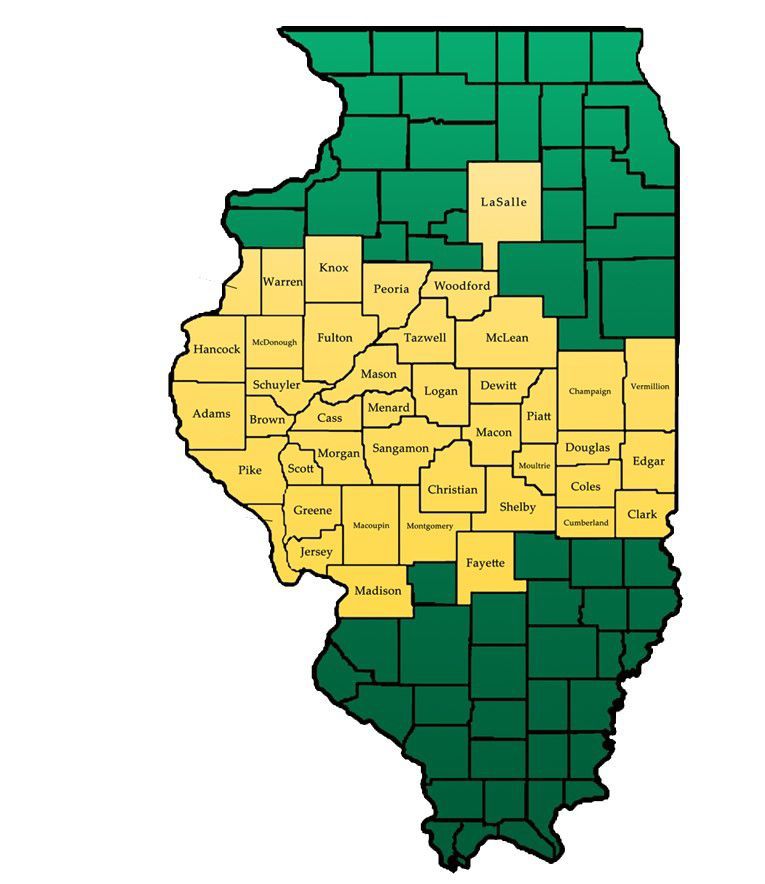 The original Abraham Lincoln Heritage Area, created in 2008, included sites in Central Illinois that are contiguous.

JONESBORO — On Feb. 12, Illinois celebrates the birthday of one of its favorite sons, President Abraham Lincoln. This year, the U.S. Senate passed a bill celebrating the legacy of Lincoln on his birthday. They expanded the Abraham Lincoln National Heritage Area to include sites in Jonesboro in Union County, Freeport in Stephenson County and Livingston County.

The Lincoln National Heritage Area established in 2008 covers 42 counties across Illinois. It stretches across the central part of the state where the future president worked as a circuit-riding lawyer in the first half of the 19th century.

The additions to the area include locations in Jonesboro and Freeport that were among the seven stops for the 1858 debates between Lincoln and Stephen A. Douglas during their campaigns for U.S. Senate. Lincoln traveled from courthouse to courthouse in the Eighth Judicial Circuit, which included Livingston County.

Linda Hileman, a history buff from Jonesboro, said “the original area was established in 2008, but only included contiguous counties in the middle of the state,” to highlight sites where Abraham Lincoln had been for influential or were important to his life."

She said the Abraham Lincoln National Heritage Area was created the year of the sesquicentennial of the Lincoln-Douglas debates.

“Two sites were not include because they were away from the area, Freeport and Jonesboro,” Hileman said.

The committee formed to commemorate that 150th anniversary of the debates in Jonesboro began working to get the site added to the heritage area. The bill to accomplish that has been before the U.S. House and Senate before, but hadn't passed.

“We are just learning more about it,” Hileman said.

New signs will be erected on Interstate 57 and at the site that include the Looking for Lincoln and National Park Service logos.

“Shawnee National Forest (Mississippi Bluffs Ranger District) office in Jonesboro will be the location people can go in and get their park service passport stamps,” Hileman said. “They also stamp the Trail of Tears on passports.”

Jonesboro is the oldest town in Union County, established in 1818. It remains a focal point of history for the county.

“Like Duane said, we are finally on the map,” Hileman said.

However, the Jonesboro and other new sites are not yet “on the map” or website, but Hileman expects them to be added soon.

Statues of Abraham Lincoln and Stephen Douglas along with a commemorative plaque mark the site of their Sept. 15, 1858, debate in Jonesboro. The Jonesboro debate was the third of seven between the two candidates for the U.S. Senate seat.

The original Abraham Lincoln Heritage Area, created in 2008, included sites in Central Illinois that are contiguous.