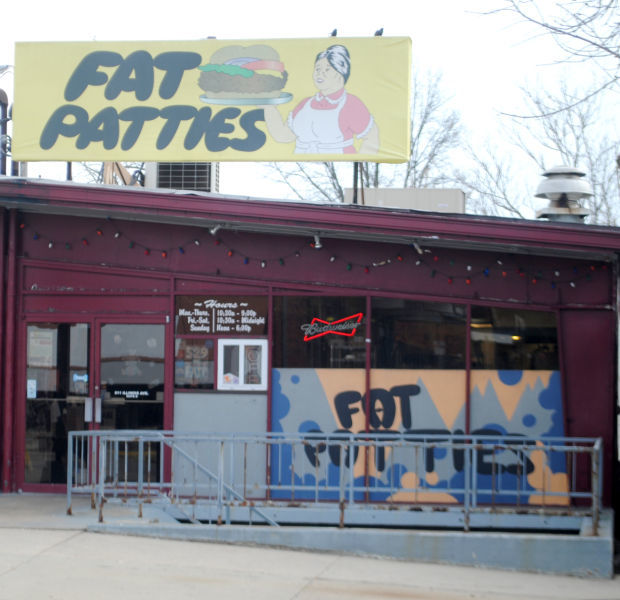 Fat Patties in Carbondale serves a variety of specialty burgers. Owner Lance Jack announced Friday he is putting the business up for sale. 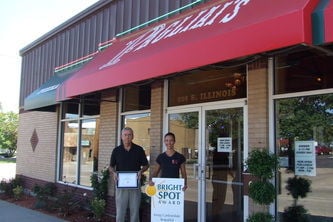 Pagliai's Pizza won a Bright Spot award for the owners' renovation and landscaping work in 2015. Pagliai's is for sale. 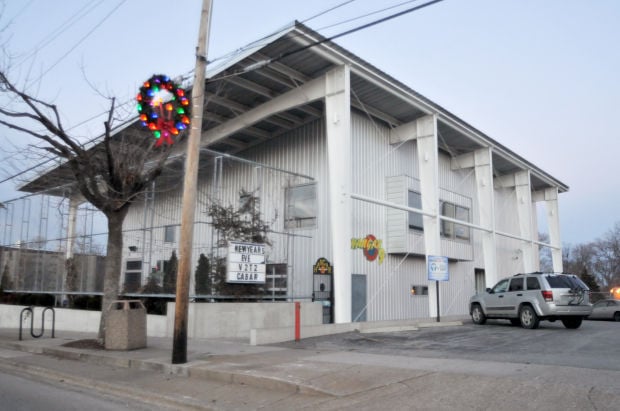 The exterior of The Hangar 9 in Carbondale is shown in 2014.

CARBONDALE — With three of its more iconic businesses up for sale, someone with the resources and vision could make their mark on Carbondale’s Strip.

Former Carbondale City Councilman Lance Jack said Friday he was putting his popular burger joint, Fat Patties, up for sale. This was the second business on South Illinois Avenue in a month to do so — mainstay bar Hangar 9 made a similar announcement just over a week ago.

Bar seeking buyer: Carbondale's Hangar 9 is on the market

CARBONDALE — For the right price, Sally Carter is willing the pass the torch.

Jack opened the business in 2009 in an effort to provide Carbondale with the hamburger he’d been searching for since moving to town in 1992. He told The Southern about it when he opened a decade ago.

As to why he is looking to sell the Carbondale institution, Jack said it was just time for him to look toward his next chapter.

“As much as I love the restaurant game, the last 10 years I’ve been a sole proprietor,” Jack said. “It doesn’t allow for much to happen in life.”

Jack hasn’t opened the restaurant back up since it closed for a winter break, and said he likely won’t before it's sold.

Fat Patties and Hangar 9 aren’t the only strip icons available for purchase. Fifty-year Carbondale staple Pagliai’s Pizza is also for sale. All of this comes at an interesting time for the city. As officials work to reinvest in the downtown area, new blood could be coming to some of its most popular establishments.

“We want to be partners in their success,” City Manager Gary Williams said, recognizing the potential for new perspectives to go along with the city’s revitalization efforts for the Strip.

“I think that some of the steps that the city and the university are taking are definitely moving things in the right direction,” Jack said, adding that it’s just unfortunate that it has taken as long as it has. He said he’s worked for more than a decade to enliven Illinois Avenue.

“I’ve been part of trying to make downtown Carbondale the type of downtown where you can wander from one end to the other and have numerous (experiences) along the way,” Jack said.

CARBONDALE — Pagliai’s Pizza celebrated its 50th anniversary Friday night from 5 to 7 p.m., and many customers, friends and former employees c…

Speaking to the Southern after she announced Hangar 9 was on the market, Sally Carter said she has hope for what new ideas could mean for Carbondale.

Carter said she hopes to see the city continue down what she called “the right track.” She hopes to see Southern Illinois University grow and for Carbondale to continue to embrace its roots as a party town.

Jack, as well as Melissa Parsons, current owner of Pag's, said they were personally handling the sale of their businesses. Parsons said she wouldn’t sell to just anyone — she cares too much about the people not only who work for her, but also for those who enjoy eating there.

Making one final reflection on what could be a changing of the guard for Carbondale’s downtown, Jack said he just wants to continue seeing more progress.

“I would just like to see us working towards making it a walkable, livable, enjoyable downtown,” he said.

Markets on the market: Arnold's in Carbondale and Jack's in Murphysboro are selling

CARBONDALE — Despite raising more than $26,000, the Carbondale Spring will not be buying Fat Patties.

Fat Patties in Carbondale serves a variety of specialty burgers. Owner Lance Jack announced Friday he is putting the business up for sale.

Pagliai's Pizza won a Bright Spot award for the owners' renovation and landscaping work in 2015. Pagliai's is for sale.

The exterior of The Hangar 9 in Carbondale is shown in 2014.