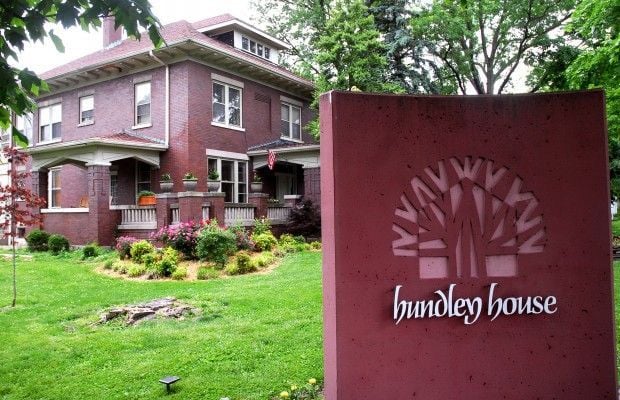 The Hundley House in Carbondale is shown in 2010. 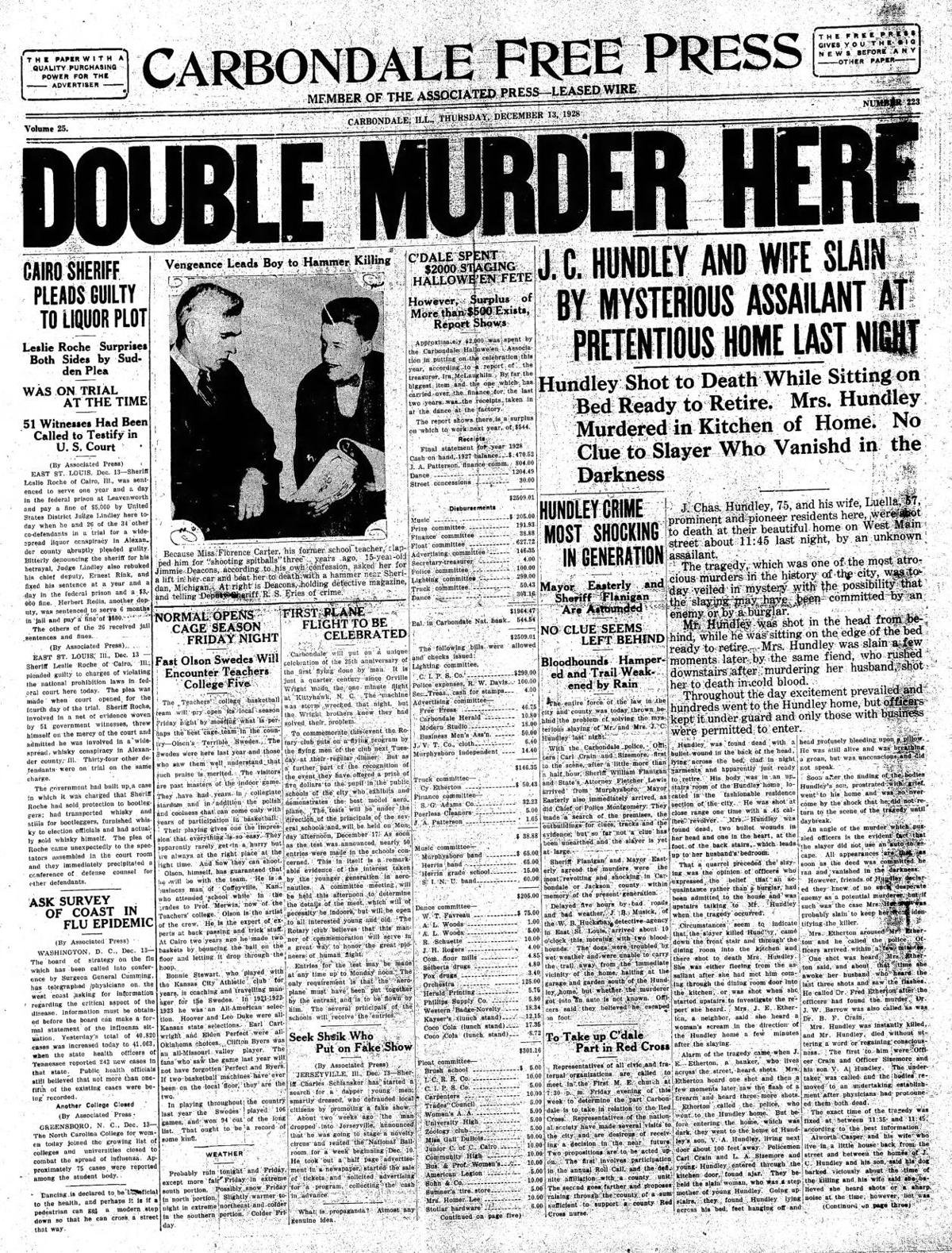 The front page of the Carbondale Free Press on Dec. 13, 1928, declared: "Double murder here" after the Hundleys were gunned down in their home the night before.

CARBONDALE — The site of two of Carbondale's most notorious unsolved murders is for sale.

The Hundley House, at 601 W. Main St. in Carbondale, is listed for $379,000, according to a listing on homes.thesouthern.com, a real estate listing website hosted by thesouthern.com.

According to the listing, the house has seven bedrooms, a third-floor apartment and a full basement with a two-car garage. The house was formerly operated as a bed-and-breakfast.

The listing does not mention the murder that took place in the house on Dec. 12, 1928, in which the residents for whom the house is named — former Mayor J. Chas Hundley and his wife, Luella Hundley — were shot and killed.

According to newspaper reports at the time: "Mr. Hundley was shot in the head from behind, while he was sitting on the edge of the bed ready to retire. Mrs. Hundley was slain a few moments later by the same fiend, who rushed downstairs after murdering her husband, shot to death in cold blood."

No one was ever convicted in the Hundleys' deaths.

The famous slaying has been the focus of legends of hauntings at the stately Victorian mansion, which sits on one of Carbondale's busiest corridors. Discovery Channel ghost-hunting show "Ghost Lab" filmed an episode there in 2010.

Check out photos and more details about the home here.

The Hundley House in Carbondale is shown in 2010.

The front page of the Carbondale Free Press on Dec. 13, 1928, declared: "Double murder here" after the Hundleys were gunned down in their home the night before. 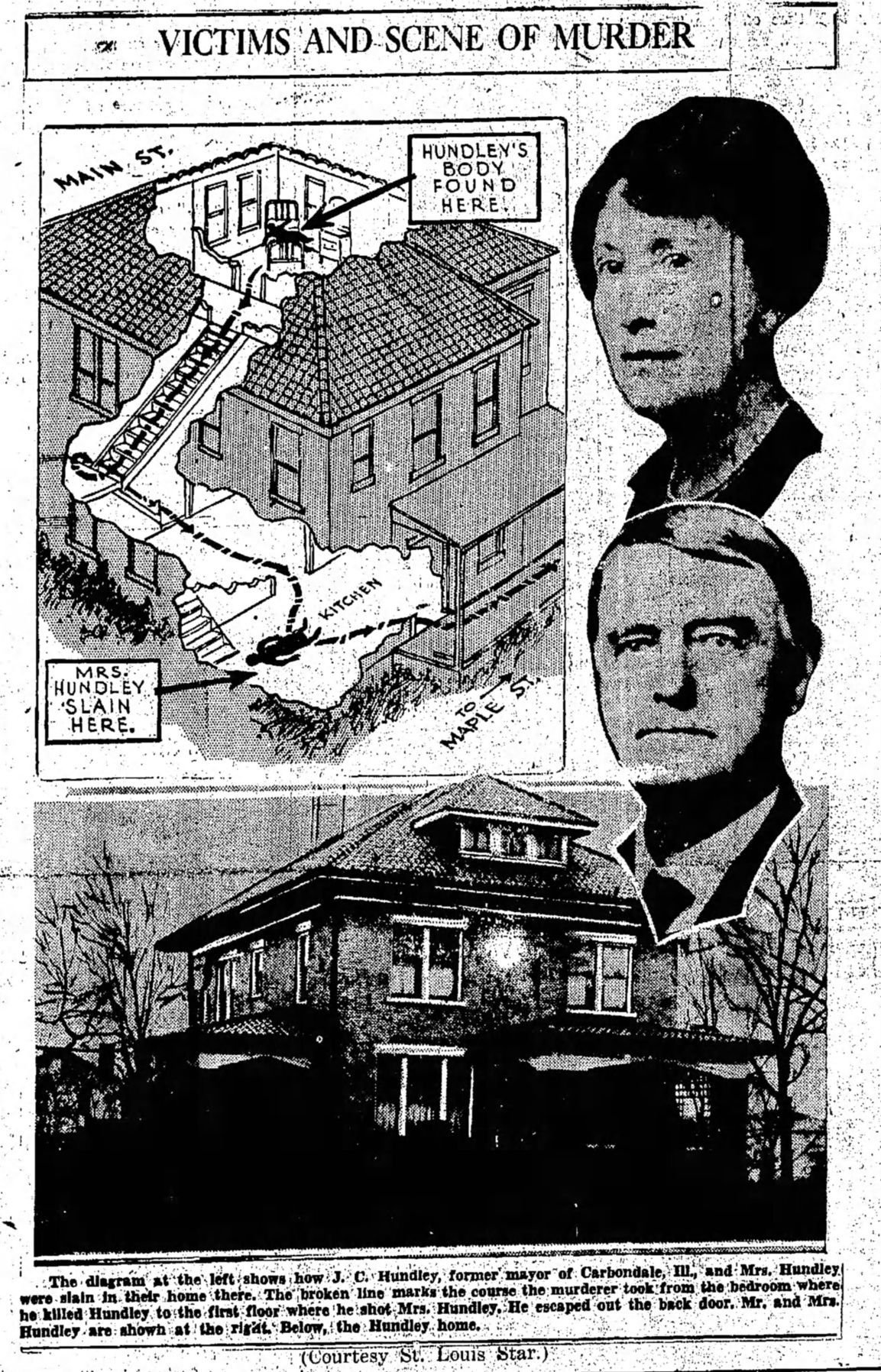 A clipping from the Dec. 15, 1928 Carbondale Free Press shows the Hundley House as it looked then, with a diagram of where the murders took place.