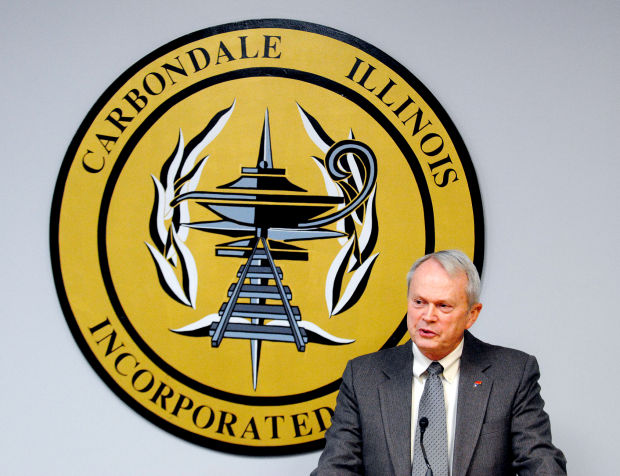 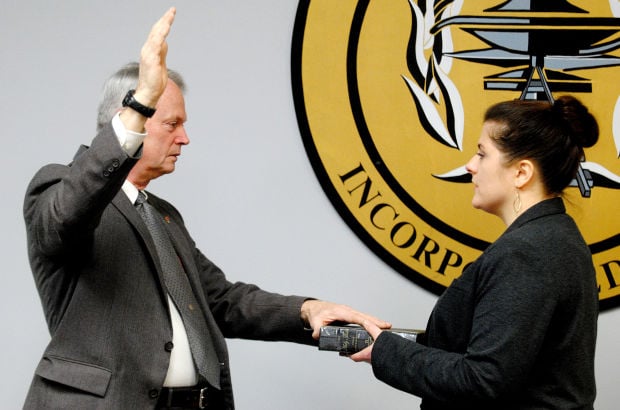 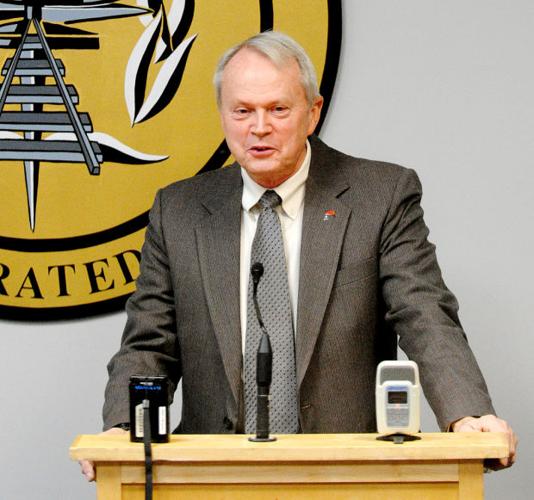 “In my wildest dreams when I started serving the people of Carbondale in the early ’70s, I really never thought it would lead to this,” Monty said. “It is not a position that I ever sought, and I am very grateful to the members of the city council who have been willing to entrust with me the responsibilities of this position until the city can elect a mayor in the next election.”

Monty said he is not in office to make big changes, but to keep the city running smoothly and balance the upcoming city budget.

“I am not here to make radical changes,” Monty said. “I am here to work with the city council so we can continue with the goals and programs that the council has set forth.”

“It is my hope that in the coming months that the council will work closely to prepare the budget,” he said.

Creating jobs is one of the biggest issues for the new acting mayor, he said it will take everyone working together to achieve success in this matter.

Monty said job creation would best help Carbondale flourish. “I have had a lot of people over the years express their opinions to me about how this can be accomplished,” he said.

“I think it is something that the city council as a whole will have to look at and I know the city staff looks at it everyday,” He said.

Monty was unanimously elected to become the acting mayor on Jan. 21 at a city council meeting after former mayor Joel Fritzler announced he took a position at Northern Arizona University and would be resigning from his mayoral office.

Monty plans to have full council by March 4

There will be a vacancy on the Carbondale City Council when Mayor Joel Fritzler resignation is finalized at 11:59 p.m. on Feb 3 and Carbondale…

Monty will lead Carbondale; Councilman gets all votes for acting mayor

Monty favorite for interim mayor? He has chamber’s, colleague’s support

Fritzler to resign, head for Arizona

CARBONDALE — The city council has agreed on a process for filling the vacancy left by Don Monty’s move into the mayor’s office.

Referendum on Russia: Kyiv and Western allies call the vote a 'sham'

Sugar overdose? New survey predicts how big candy sales will be in 2022

Sugar overdose? New survey predicts how big candy sales will be in 2022