HERRIN — HerrinFesta Italiana is here, and that means the Herrin Bocce Courts will be busy.

The U.S. Bocce Federation says throwing balls toward a target is the oldest game known to mankind, with the Egyptians playing a form of Bocce with polished rocks as early as 5,000 B.C. and the early Romans playing a game resembling modern Bocce with coconuts.

The playing of Bocce as part of HerrinFesta Italiana goes back to the very first HerrinFesta, according to Peter Bondioli, one of the organizers of the Festa Bocce tournaments.

“Godfather of bocce is Gene Moroni, and it was because of Gene’s insistence that Bocce, from the very beginning, was a part of HerrinFesta,” Bondioli said.

“This is the 28th year of HerrinFesta. The very first year, bocce was played by a handful of people on the high school football field in a driving rain,” Bondioli said.

From the football field, the tournament went to vacant lot six blocks from the festival to the bocce courts adjacent to the civic center.

He added that it was not by accident that Special Olympics incorporated the sport into its games.

“The game is both offensive, in that you try your best to point up — get closest to get the point. It is also defensive in that they only way to get point is to knock your opponent’s ball out of the way and take their points away,” Bondioli said.

Organizers added a corporate tournament in 1997, and invited 24 businesses to join. Bondioli said they were charged a significant amount to play, but they are invited back each year as long as they want to play. “This year we had one opening and six businesses on the waiting list. That’s on Friday,” Bondioli said.

Festa tournaments also include an adult-child tournament and International Championship Tournament with open and championship divisions.

“This will be our 23rd adult-child tournament (on Saturday). Early on, we recognized the value of introducing younger people to the tournament,” Bondioli said.

Bondioli said it was a pretty level playing field in the early years of HerrinFesta. Like anything else, certain people really work at what they are doing and practice until they get very good at at playing Bocce.

When tournament organizers began seeing the same serious players winning, the tournament became discouraging for occasional players. So they added the championship division.

Each team in each division has a player or two who are really good. Tournament teams consist of four people.

Last week, there were still a few spots available, but Bondioli expected them to fill up quickly. 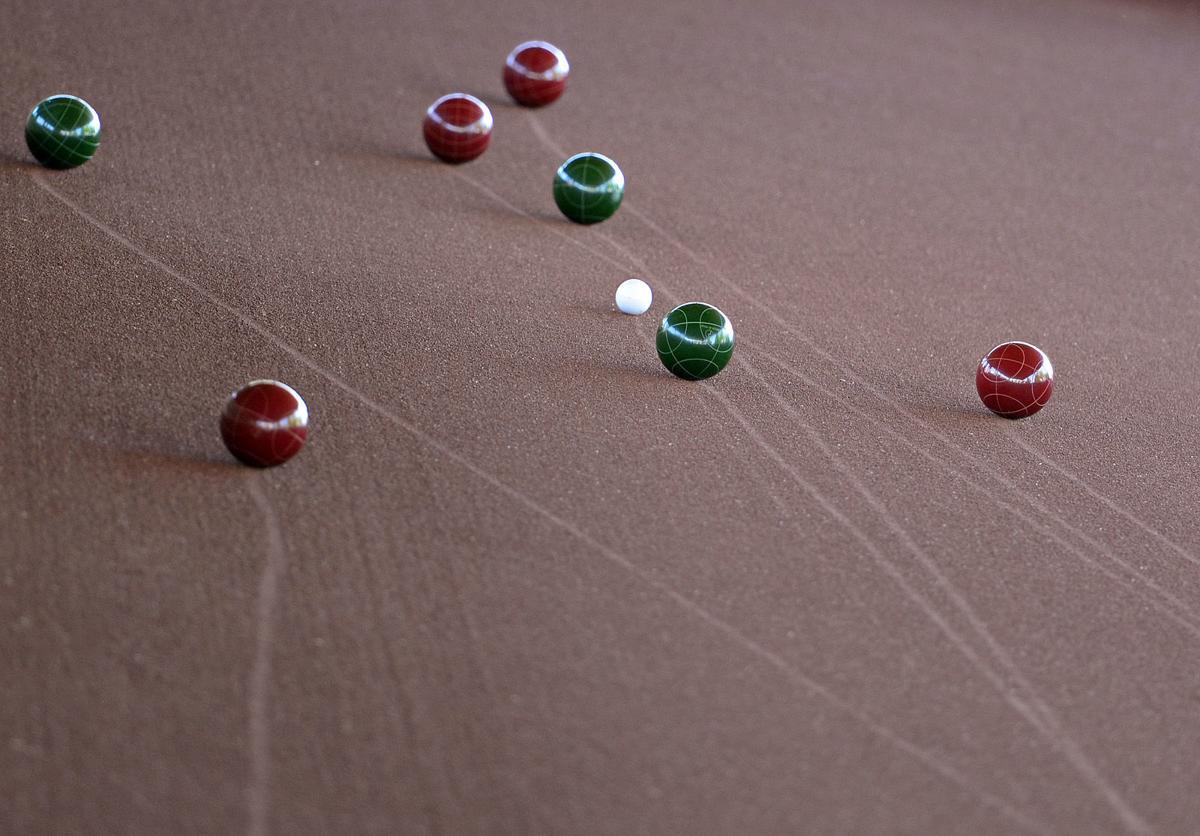 The playing of Bocce as part of HerrinFesta Italiana goes back to the very first HerrinFesta. 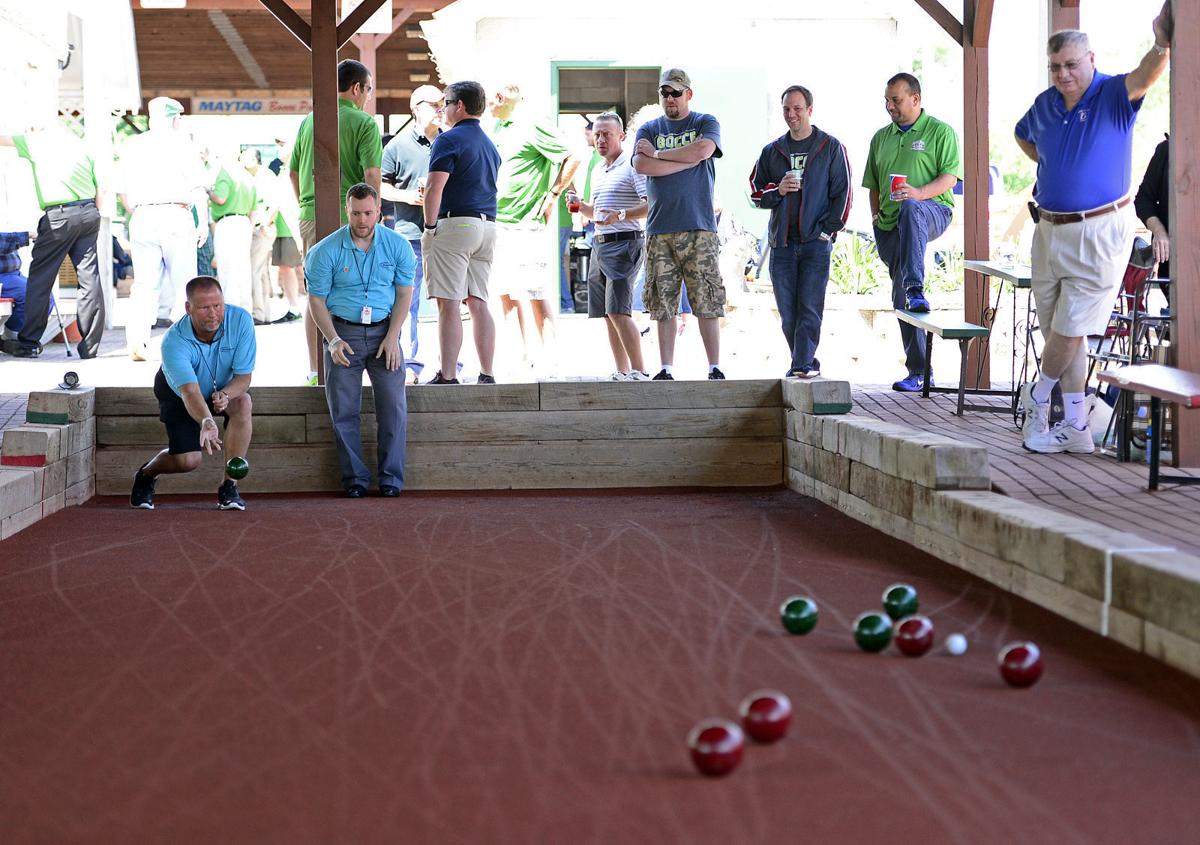 The team from River Radio takes their last throw of the frame in their matchup against Silkworm during the Corporate Bocce Tournament at the HerrinFesta Italiana in 2015. This year's festival continues through Monday. 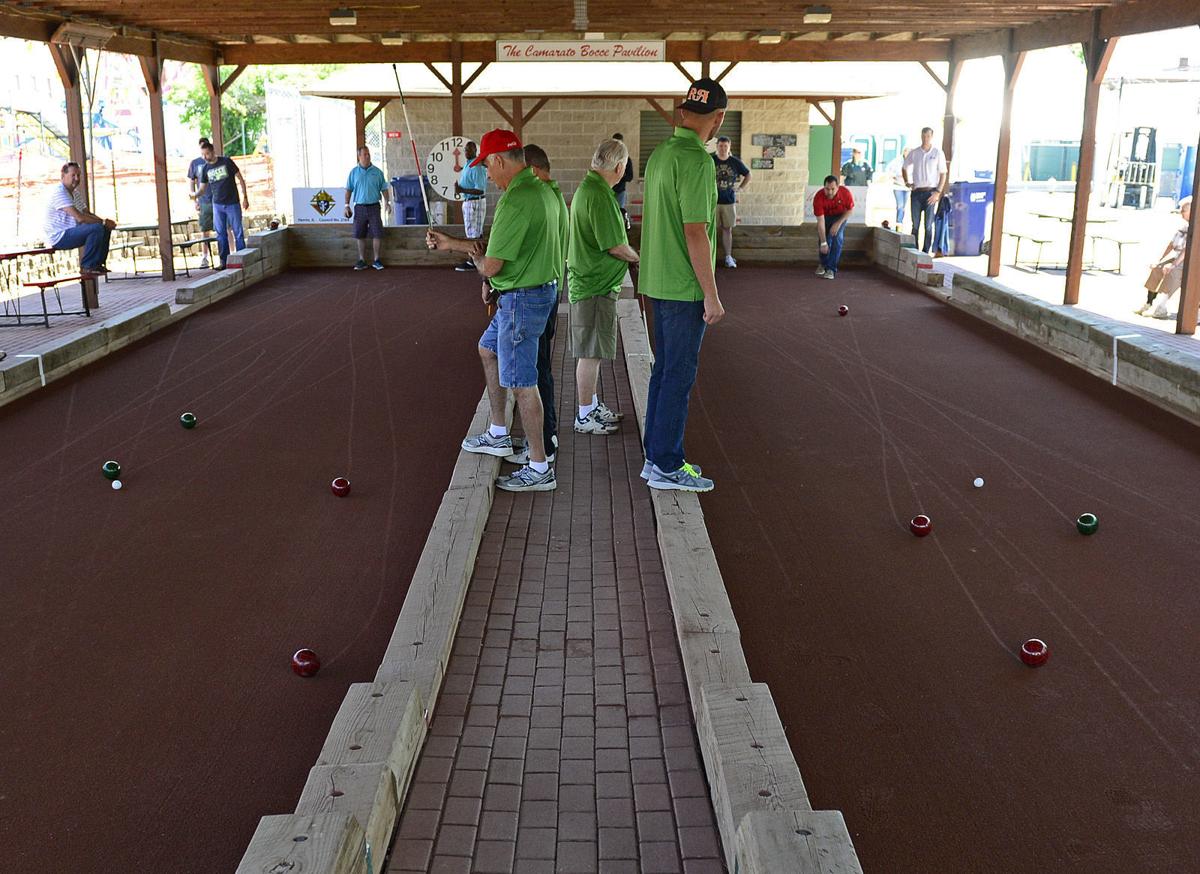 Judges keep on eye on the action during the Corporate Bocce Tournament at the HerrinFesta Italiana in 2015.