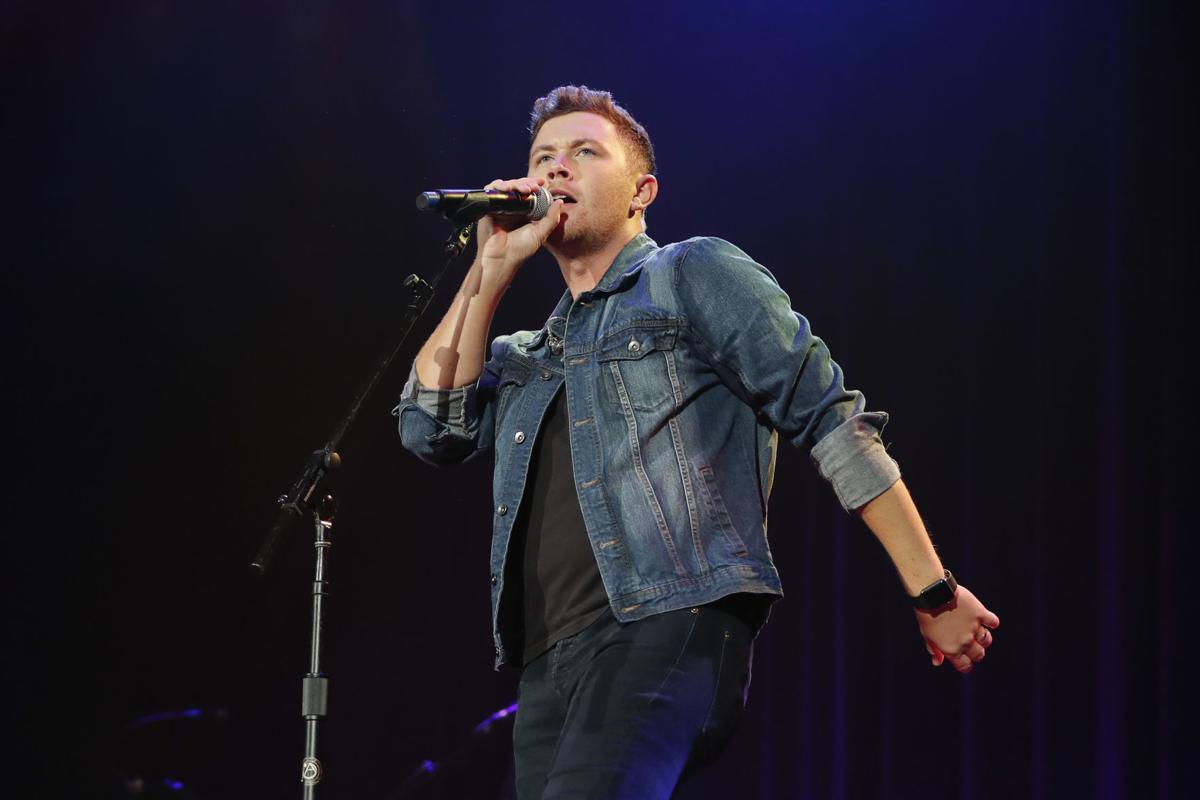 Scotty McCreery performs at the Nashville Songwriter Awards in Nashville in 2018. He'll be performing at this year's HerrinFesta. 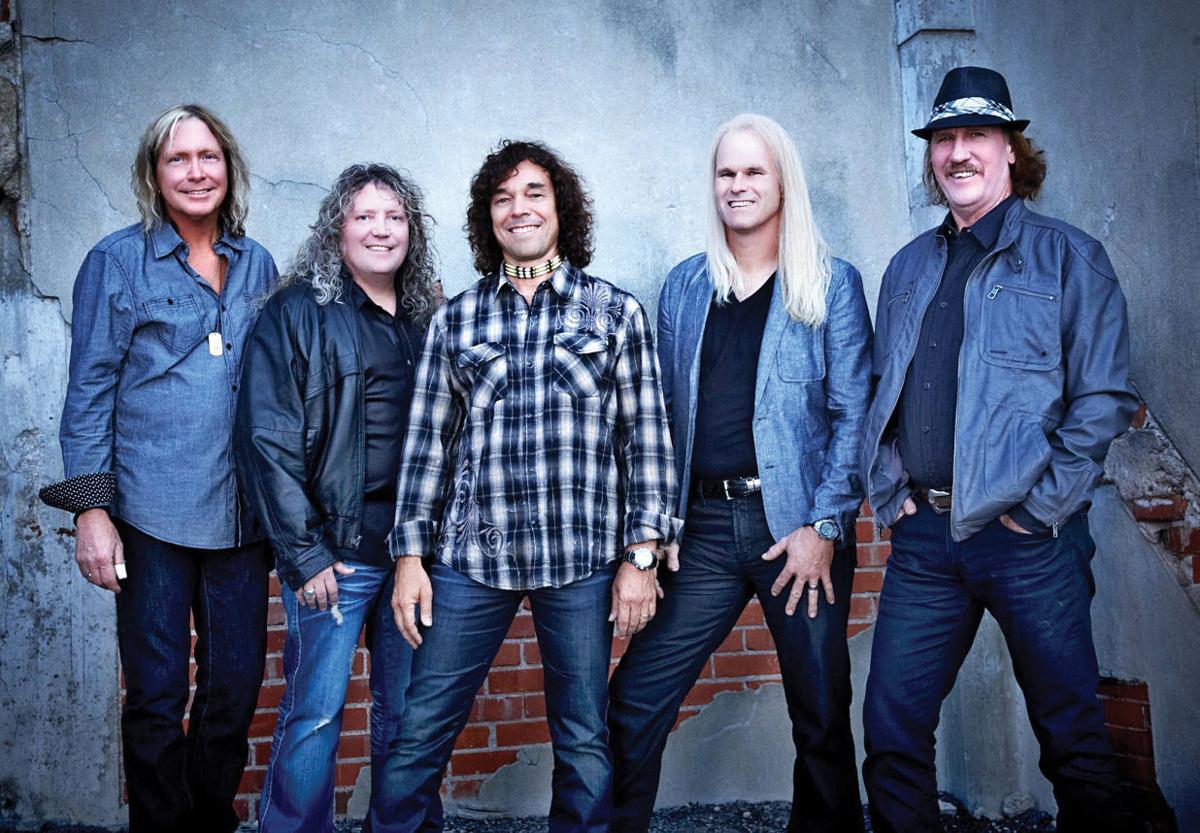 Head East is set to perform at this year's HerrinFesta.

In addition, Cris Trapani, president of the HerrinFesta Italiana committee, said they are excited about several changes to entertainment this year.

“We were able to lower our ticket prices by about 40 percent,” Trapani said.

Lower prices will enable more people to come and to attend multiple shows.

“For the first time ever, we are providing an everyday pass to our event. General admission is $15, plus fees. It is $30 for the everyday pass,” Trapani said. “We worked really hard to bring the prices down.”

They are also starting the concerts earlier this year.

Concerts will run Thursday, May 23, through Monday, May 27, in the Piazza, located behind Herrin Civic Center.

Thursday features Resurrection: A Journey Tribute. A press release from HerrinFesta says the band recreates a 1980s Journey arena-rock concert and includes some of Nashville’s hottest musicians. The opening act will be Seamstress.

Friday, Saturday and Sunday are typically larger nights, with people being able to stay out later. Concerts on these nights will start at 8 p.m.

Johnson, an 11-time Grammy nominee, has hits that include “The Dollar,” “In Color” and “The High Cost of Living." He has won two Song of the Year Awards from both the CMA and the ACM. His 2008 debut album, “That Lonesome Song,” received five Grammy nominations. He has written songs for George Strait, Willie Nelson, Trace Adkins, Joe Nichols and others.

Marvel grew up between Thompsonville and Galatia and is an award-winning Nashville song writer. He has penned songs for George Strait, Chris Stapleton, Jake Owen and Johnson. He released his own album called “Lowdown and Lonesome.” Marvel also is a HerrinFesta veteran, having appeared on the songwriters’ showcase several times. A follow up album is due out later this year.

General admission is $15, with reserved seats or the pit $35.

“We are pretty excited about that,” Trapani said.

“American Idol Season 10” winner Scotty McCreery's current song, “This is It,” hit number one last month after 37 weeks on the chart. It was a love song he sang to his fiancé at their wedding in June 2018. It is the second hit from his album, “Seasons Change.” “Five More Minutes” led the charts in March 2018. McCreery was the first country music artist to have a debut album, Clear As Day, enter the Billboard Top 200 chart in the top spot. The album had two platinum singles, "I Love You This Big" and "The Trouble with Girls."

Green’s debut single, “There Was This Girl,” is number eight on the Billboard Country Airplay Chart. The Alabama native recently dropped his newest single, “In Love by Now.” Green learned songwriting and performing at a young age while spending time with his grandfather, Bufford Green, who ran Golden Saw Music Hall, taking the stage with him and others of his generation.

General admission is $15, with reserved seats or the pit $35.

High energy rock band Loverboy has been making music for almost 40 years. The band’s debut, self-titled album was released by Columbia Records Canada after it was turned down by every major U.S. record company. It sold more than two million copies in the U.S. and four million world-wide. Loverboy hits include “Working for the Weekend,” “Turn Me Loose,”  and “Heaven in Your Eyes.”

One of Southern Illinois’ favorite classic rock bands, Head East, takes the stage before Loverboy. Their signature song, "There's Never Been Any Reason (Save My Life)" is considered by many radio stations across the country as "The Rock & Roll National Anthem." The band says their first gig as Head East was at the Golden Gauntlet in Çarbondale on Aug. 6, 1969. Many of the original band members were from Southern Illinois and the group played many dates around the area in the early 70s before gaining national attention with 1974’s “Flat as a Pancake” album and its hit track, “Love Me Tonight.”

The Great Affairs get the evening started at 6:30 p.m. followed by Head East and Loverboy General admission is $15, with seats $30 and the pit $35.

“Monday we’re having our faith and family night, partnering with Southern Illinois Worship Center,” Trapani said. “This is the second year for Faith and Family Night.”

Jason Crabb, who just won his second Grammy Award last month for the album, “Unexpected,” will open Faith and Family Night at 6 pm. Crabb has 21 Dove Awards and is Male Vocalist of the Year and Song of the Year winner. Crabb’s hometown is Beaver Dam, Kentucky, not too far from Herrin.

“That was a very, very popular thing we started last year,” Trapani said.

All stage times are subject to change due to weather. Tickets will be available at Herrinfesta.com beginning March 6.

It is one of the most instantly recognizable songs in rock ‘n’ roll history.

Scotty McCreery performs at the Nashville Songwriter Awards in Nashville in 2018. He'll be performing at this year's HerrinFesta.

Head East is set to perform at this year's HerrinFesta.