HERRIN — Catch painter Jason Dirden working on Herrin Coal Miners Memorial, and he is likely to point out that one of the names on the wall is that of Charles David Crockett, third great-grandson of Davy Crockett, often called “king of the wild frontier.”

Although Dirden is excited to share his discovery with those who stop by the memorial, he is not a guide or docent. Dirden is finishing the second phase of a project to clean and enhance the Coal Miners Memorial at 100 N. 14th St.

Herrin Area Historical Society and the Harrison Bruce Foundation joined to get the second phase of the project completed, which includes cleaning the bricks and cleaning and painting the walls of the memorial. The work is being done by painter Jason Dirdin of Carterville.

The center statue of the Coal Miners Memorial depicts a miner returning home from his shift of work being greeted by his son, on top of a circular brick bench. The walls at the back of the memorial feature names of area miners.

According to measurements Dirden took, the project was estimated to take 20 gallons of paint.

“It hasn’t been touched in so long, it took double that amount of paint,” Dirden said. “I just opened my 37th gallon.”

Dirden is using what he considers the best product on the market — Behr. When the walls are finished, he will seal them with a glaze. He says it will be many years before the memorial needs to be painted again.

Dirden began painting by working for his father. His parents have a picture of him in diapers trying to paint the side of their home. He took his first commercial painting job at age 13. His father no longer is able to take on painting jobs, so Dirden runs the business.

“This is all I’ve ever done. It’s not my ability; it’s really a God-given ability. This is what he’s blessed me with,” Dirden said.

People often ask Dirden if he can draw.

“I’ve never been able to draw, but I can take two colors and cut them down the center of a wall. It will be the prettiest line you’ve ever seen,” Dirden said.

In addition to painting, Dirden is cleaning the bricks and the walls of the memorial. His main cleanup man is his stepson Noah Mincey. Dirden is trying to teach Noah the painting business and hopes to do for Noah what is dad did for him.

“The greatest thing my dad ever did for me was put a paint brush in my hand,” Dirden said.

He added that the painting business probably kept him away from trouble.

Herrin Area Historical Society completed phase one of the project last year. Plantscape Nursery and Landscape Service in Herrin redesigned landscaping and planted new trees and bushes at the memorial. Braden Burris updated the registry of names on memorial plaques as an Eagle Scout project. The updated registry is available to the public at the memorial.

Herrin Area Historical Society became overseers of the memorial five years ago. The group is always looking for new members interested in the history of Herrin and the surrounding area. Membership brochures are available at Herrin City Library or at during monthly HAHS Guest Lecture Series at the library. 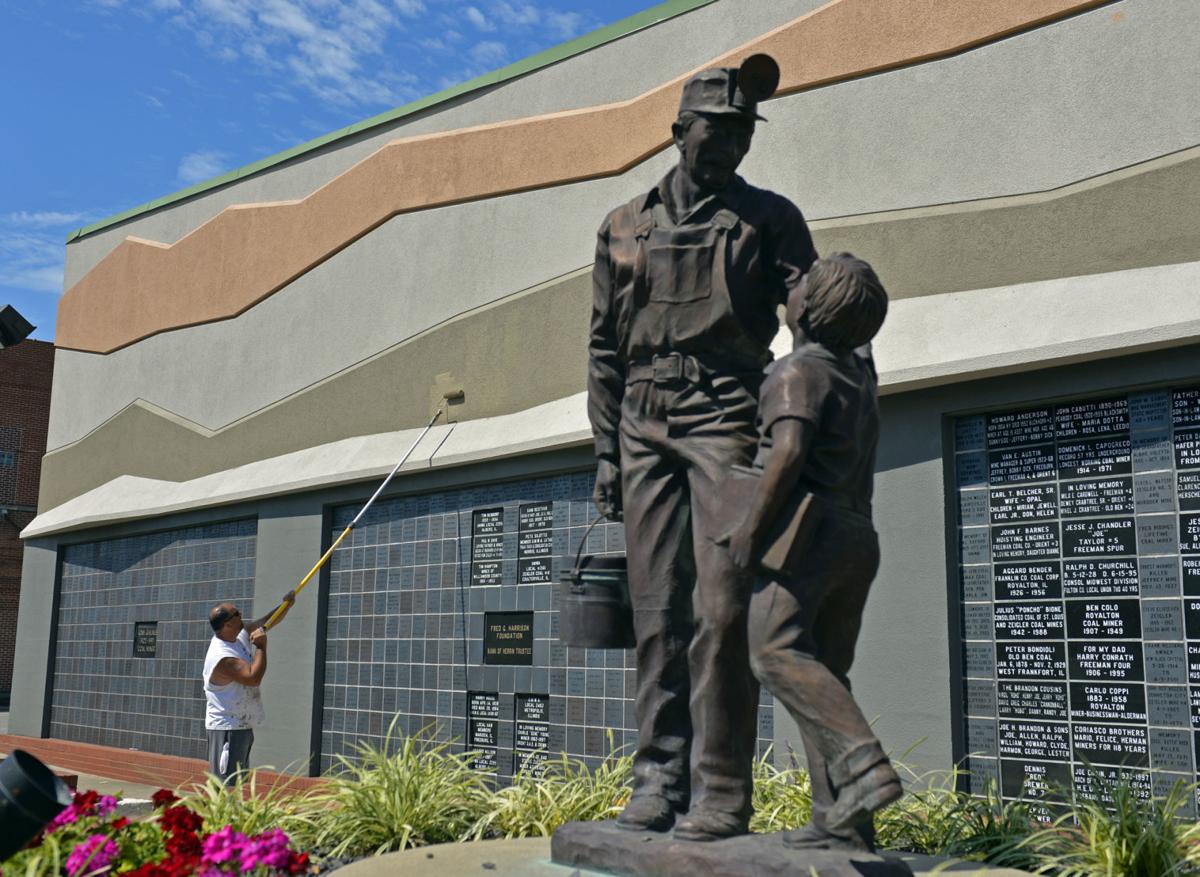 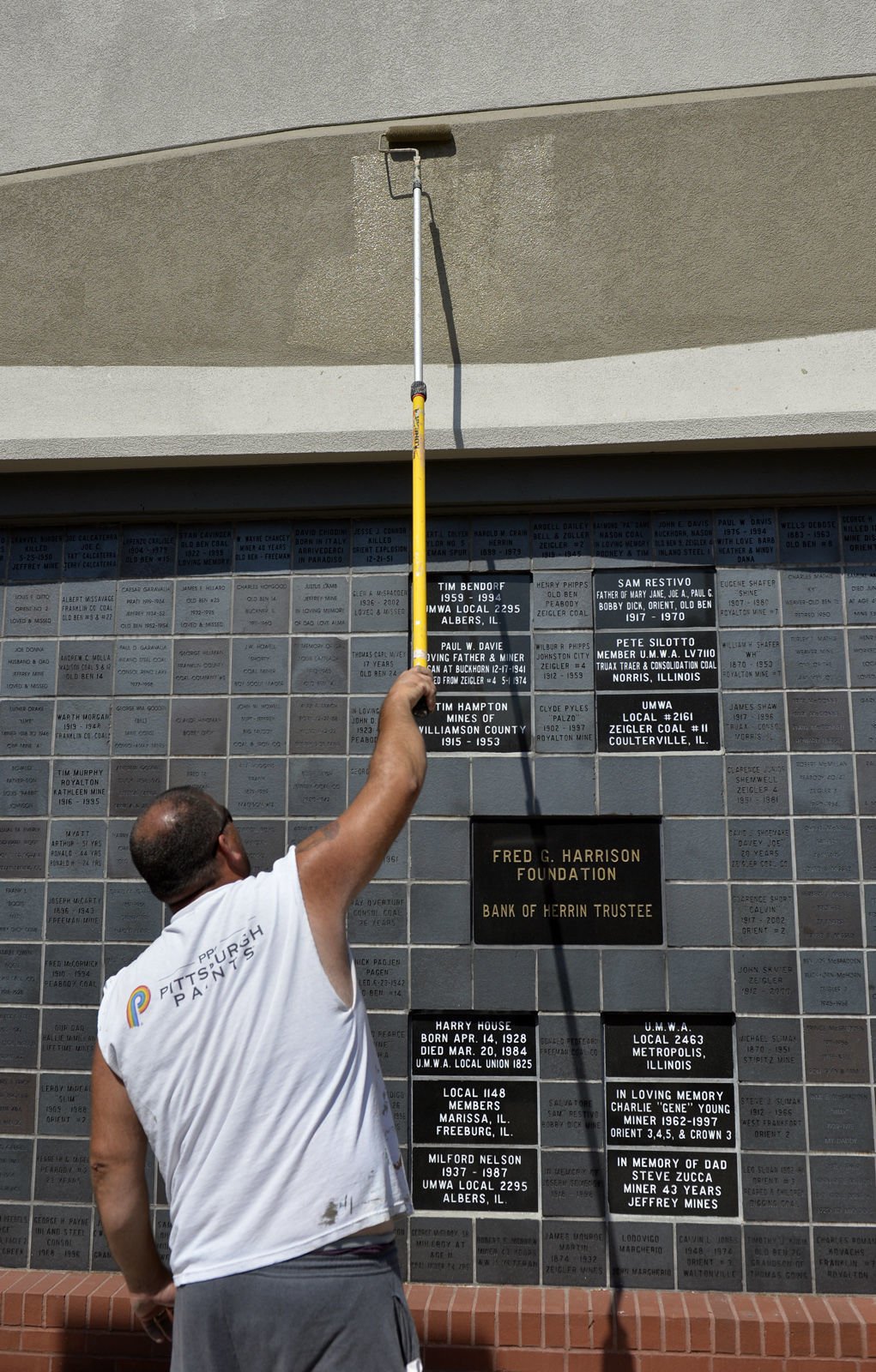 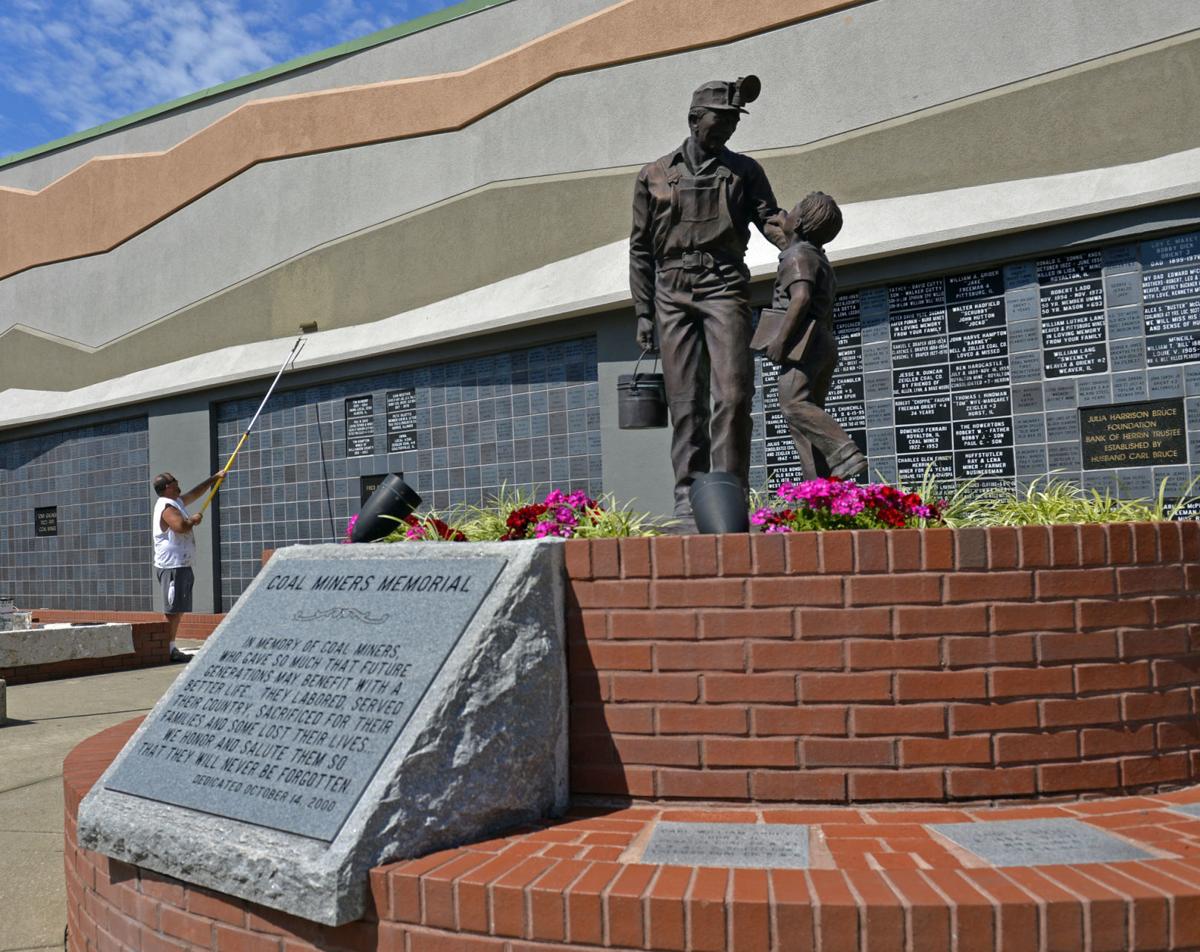