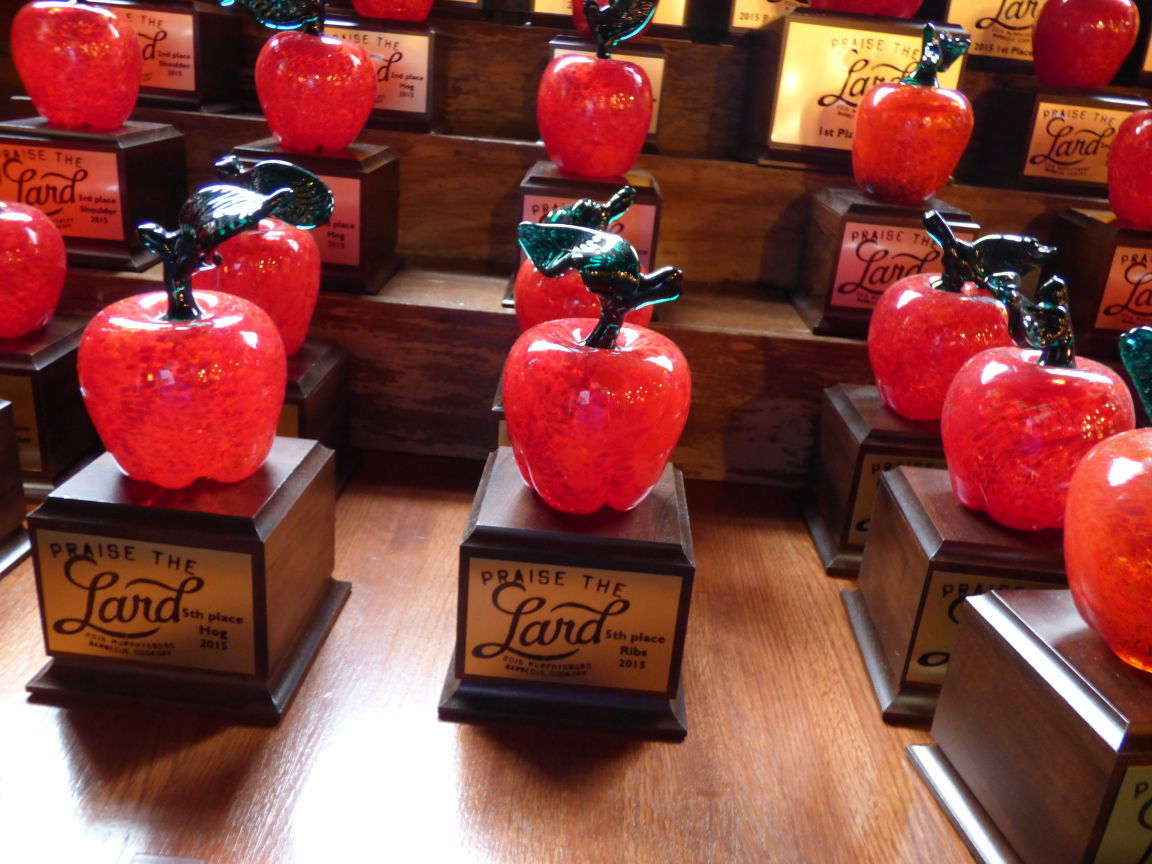 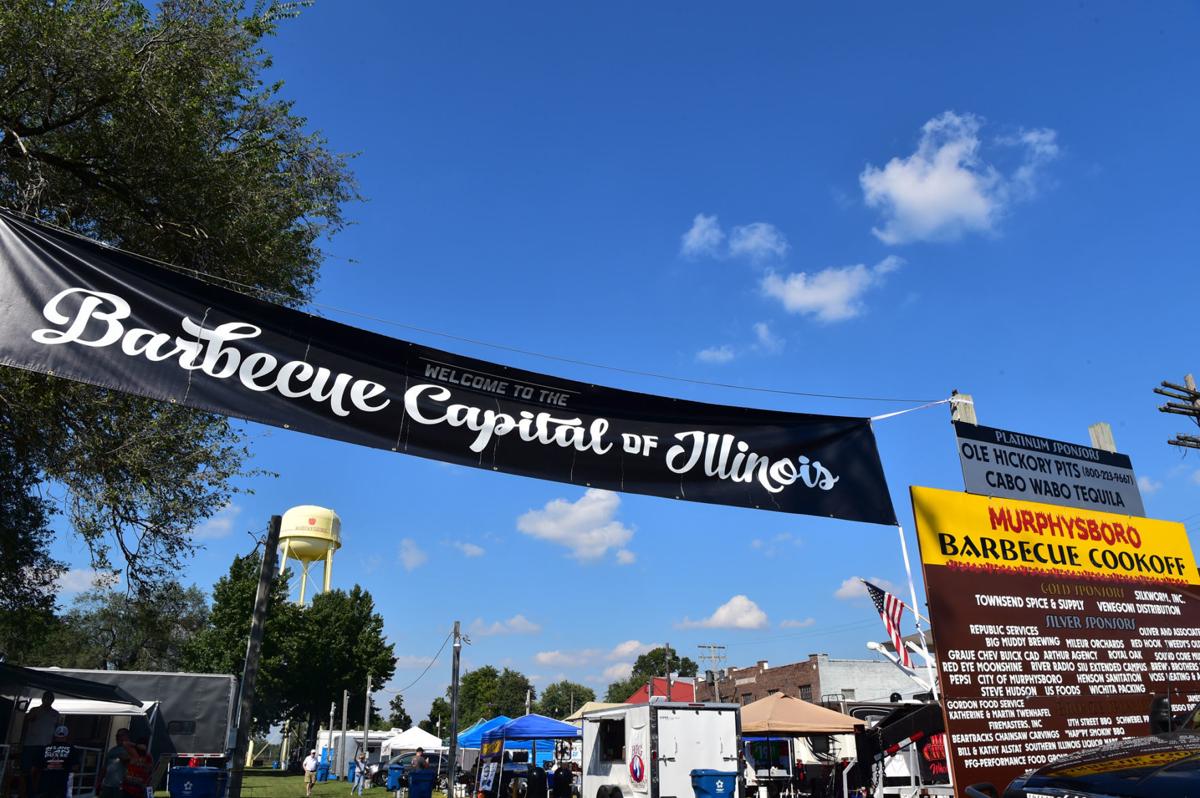 17th Street Bar and Grill hosts the annual Praise the Lard Barbecue Cook-off, pictured in 2016. The event draws top teams from all over the country to Murphysboro, the barbecue capital of Illinois. 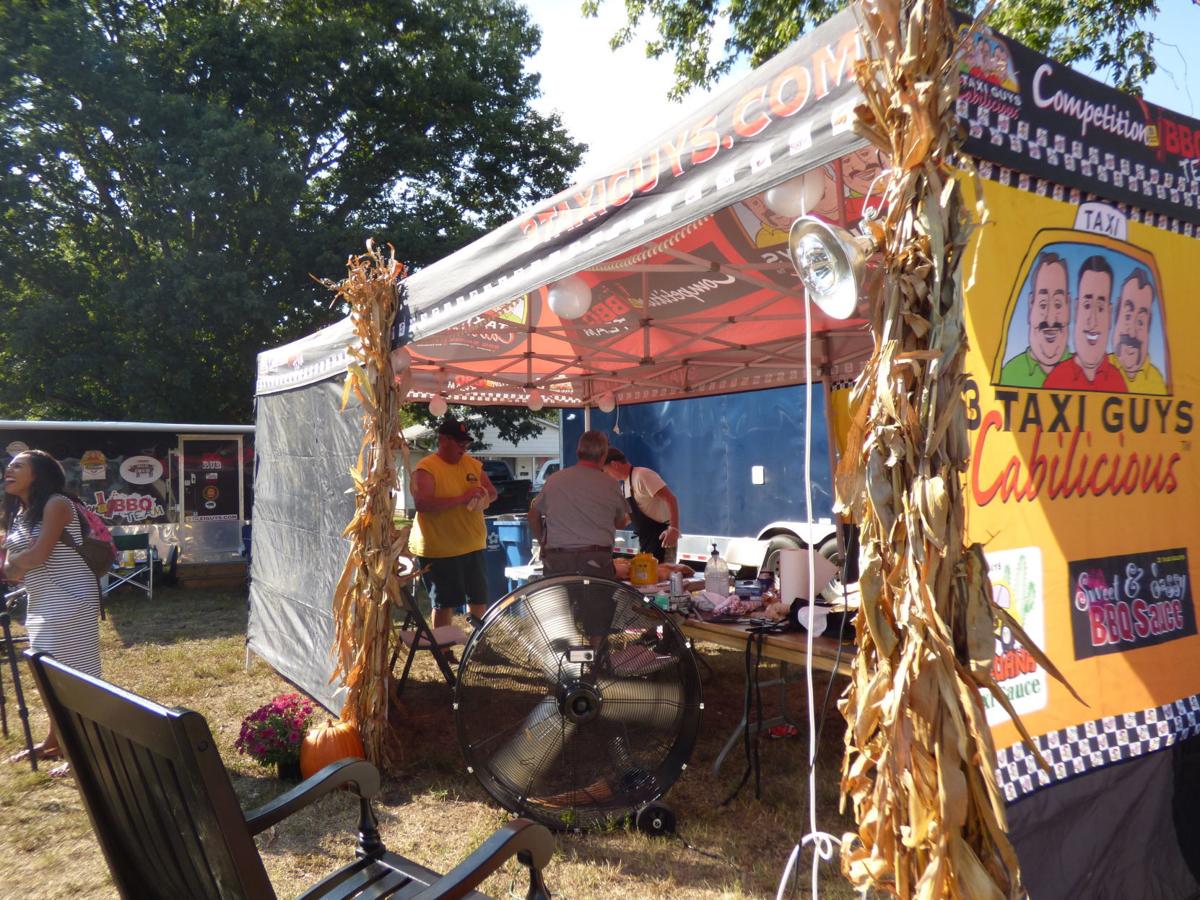 MURPHYSBORO — Southern Illinois barbecue lovers will be in hog heaven this weekend at the 2018 Murphysboro Praise the Lard Cook-Off. The cook-off is Thursday, Friday and Saturday in the area surrounding 17th Street Barbecue in Murphysboro.

Praise the Lard is a dual sanctioned event, with teams having the option to compete in either or both Kansas City Barbecue Society and Memphis Barbecue Network competition. Teams compete for the title of grand champion, entry into Memphis in May, the Kansas City Royal, the Jack Daniel’s draw and a share of $25,000 in prize awards.

Mike “The Legend” Mills, founder of 17th Street Barbecue and member of the Barbecue Hall of Fame, started the Murphysboro Barbecue Cook-Off with former barbecue teammate Ron Williams to benefit the city of Murphysboro by attracting out-of-town barbecue teams, judges and others to the area.

Eighteen teams competed in that first competition 31 years ago. Through its history, Praise the Lard has grown, not only in the number of competitors, but also in prestige. It is now considered a competition not to miss on the barbecue circuit.

“Right now, we’ve got 80 teams. I have no idea whether or not that will increase,” Mills said. “We’ve already had a couple cancellations due to flooding.”

The teams that cancelled are part of Operation Barbecue Relief, an organization of competitive barbecue teams and volunteers that provides meals during disasters. Teams are deployed to help with recovery in North Carolina after Hurricane Florence.

Two teams were set up in Murphysboro Tuesday afternoon.

“That has always been a dream of mine, to have people come into town and set up right after Apple Festival,” Mills said.

One of the teams that is already in Murphysboro is the Smoke Freaks. Mills said they are based in Chicago and came straight from the American Royal World Series of Barbecue in Kansas City, which ended Sept. 16.

The event begins Thursday with fish and wings competition. Fish and Fixins Buffet runs from 5:30 to 8 p.m. in the Warehouse. Tickets are $18 at the door. Music will run throughout the evening, with winners announced at 9 p.m.

Several competitive events are set for Friday, including the new Cabo Wabo Tequila Contest at 1:30 p.m. The contest has two events, a “Cabo-Rita” Margarita Contest and a Cabo-infused grilled dish. The Steak Cook-Off runs from 5:30 to 7:30 p.m.

One of the highlights of the weekend is the Grand Champion Buffet, which is from 5:30 to 8 p.m. Friday in the Warehouse. The buffet features 17th Street Barbecue favorites and side dishes. Tickets are $25 at the door.

Entertainment on Friday includes Crimson Express Marching Band at 4:30 p.m., Corey Evitts from 5 to 7:30 p.m. and Hollerboys from 8 p.m. to midnight.

Friday evening also offers visitors a chance to talk to some team members about barbecue. Please remember this is a competitive event, and things get hectic just before turn-in times.

On Saturday, barbecue judging by KCBS and MBN will take place throughout the day. One good spectator event is the Kids’ Que, which runs from noon to 2:30 p.m. in the parking lot on the north side of 17th Street Barbecue Restaurant. The competition is open to children ages 7 to 12.

Final competition begins at 1:30 p.m. Awards will be presented at 6 p.m.

Mills said he loves seeing all of the event coming together at one time.

“It is amazing some of the things that happen quickly. It is amazing to see teams help each other and be opponents in the same contest. You would think everybody is a bitter enemy, but they are not,” Mills said. “It has always amazed me from first time I was involved in competition.”

17th Street Bar and Grill hosts the annual Praise the Lard Barbecue Cook-off, pictured in 2016. The event draws top teams from all over the country to Murphysboro, the barbecue capital of Illinois.