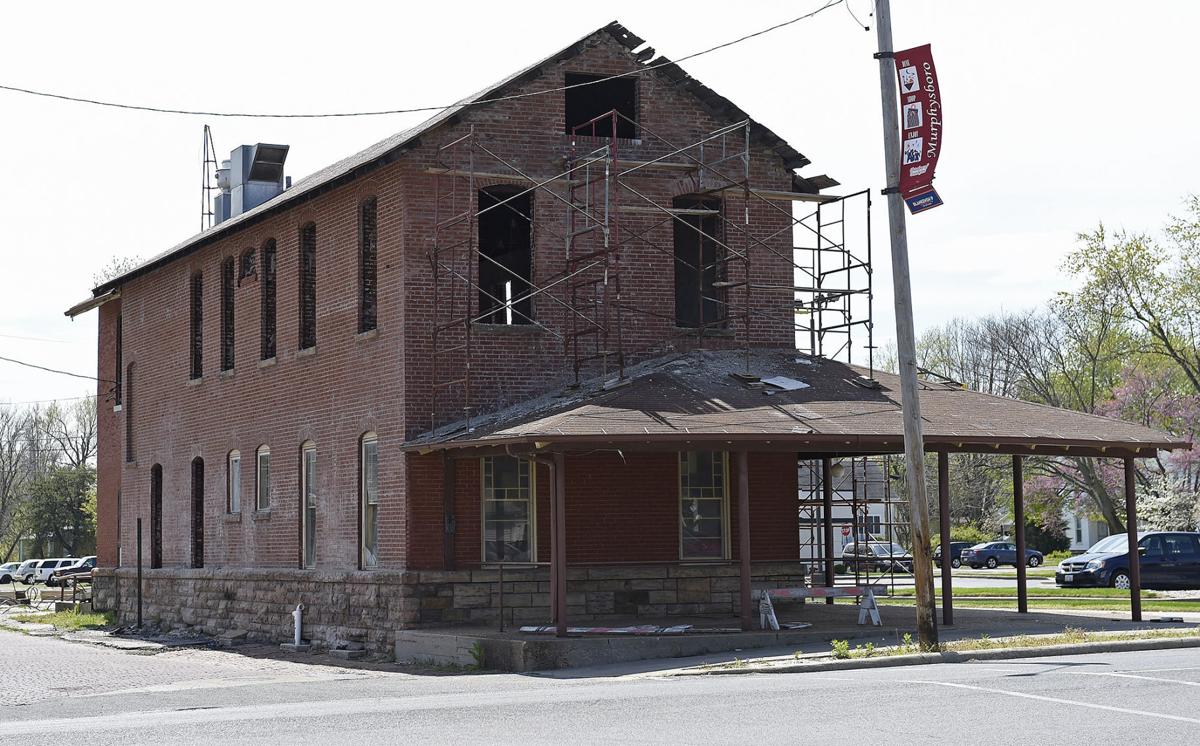 At its meeting April 12, the Murphysboro City Council approved a plan to tear down the old train depot at 17th and Walnut. 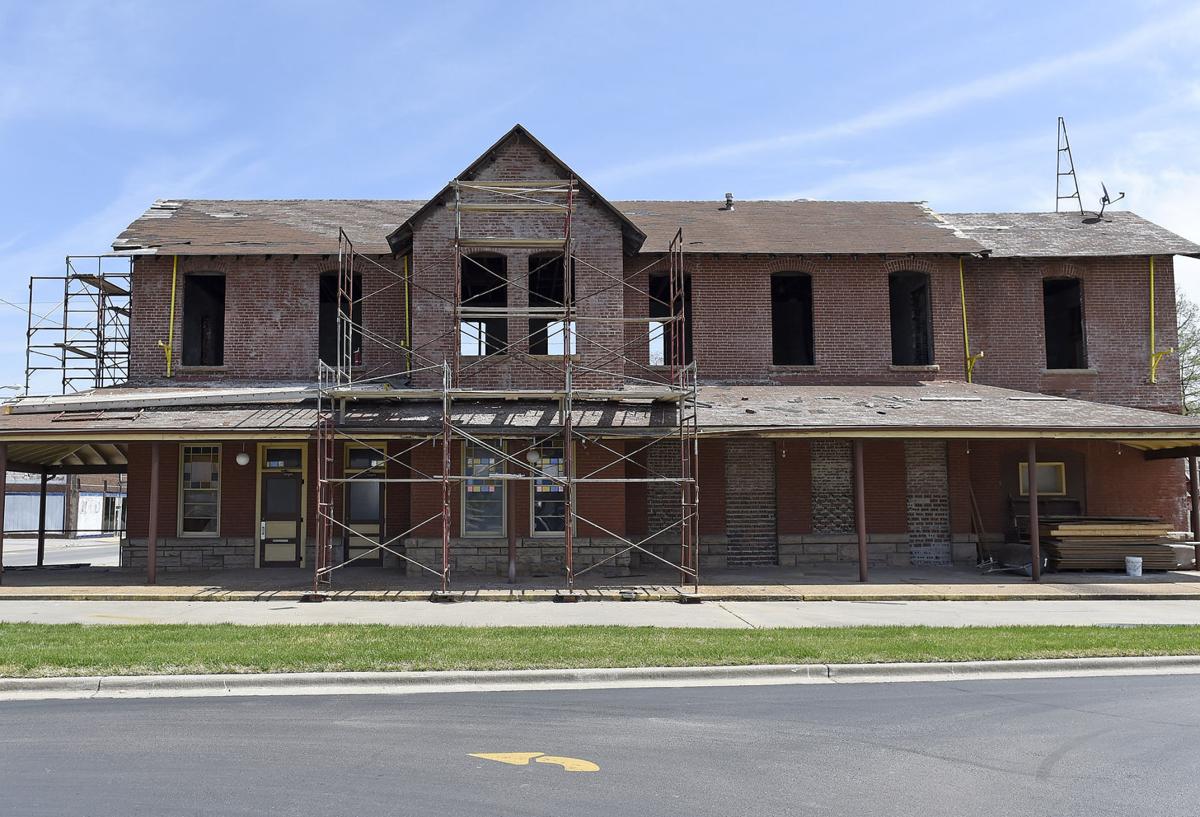 The old train depot at 17th and Walnut in Murphysboro is shown in April. 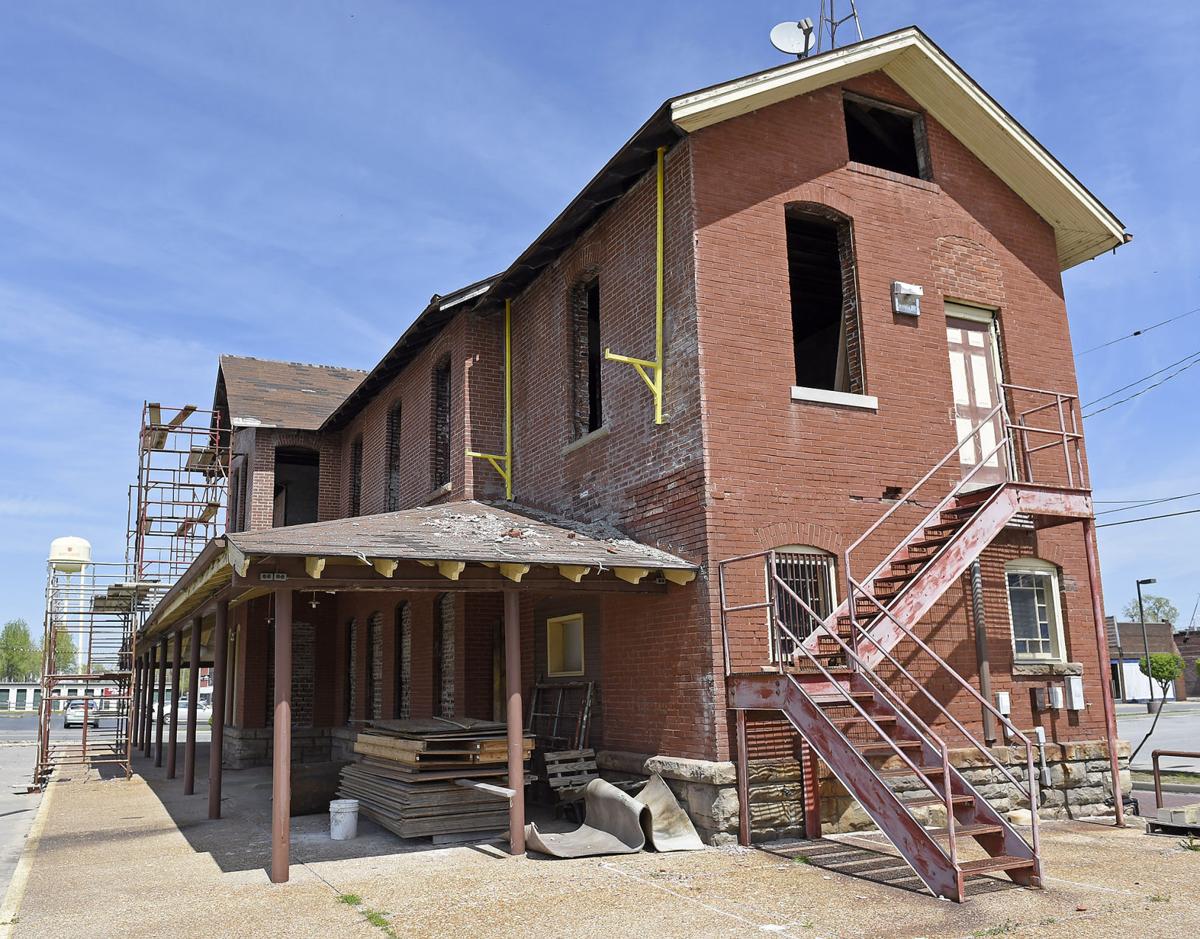 The Murphysboro City Council voted Tuesday to give the owners of the old train depot more time for renovations. 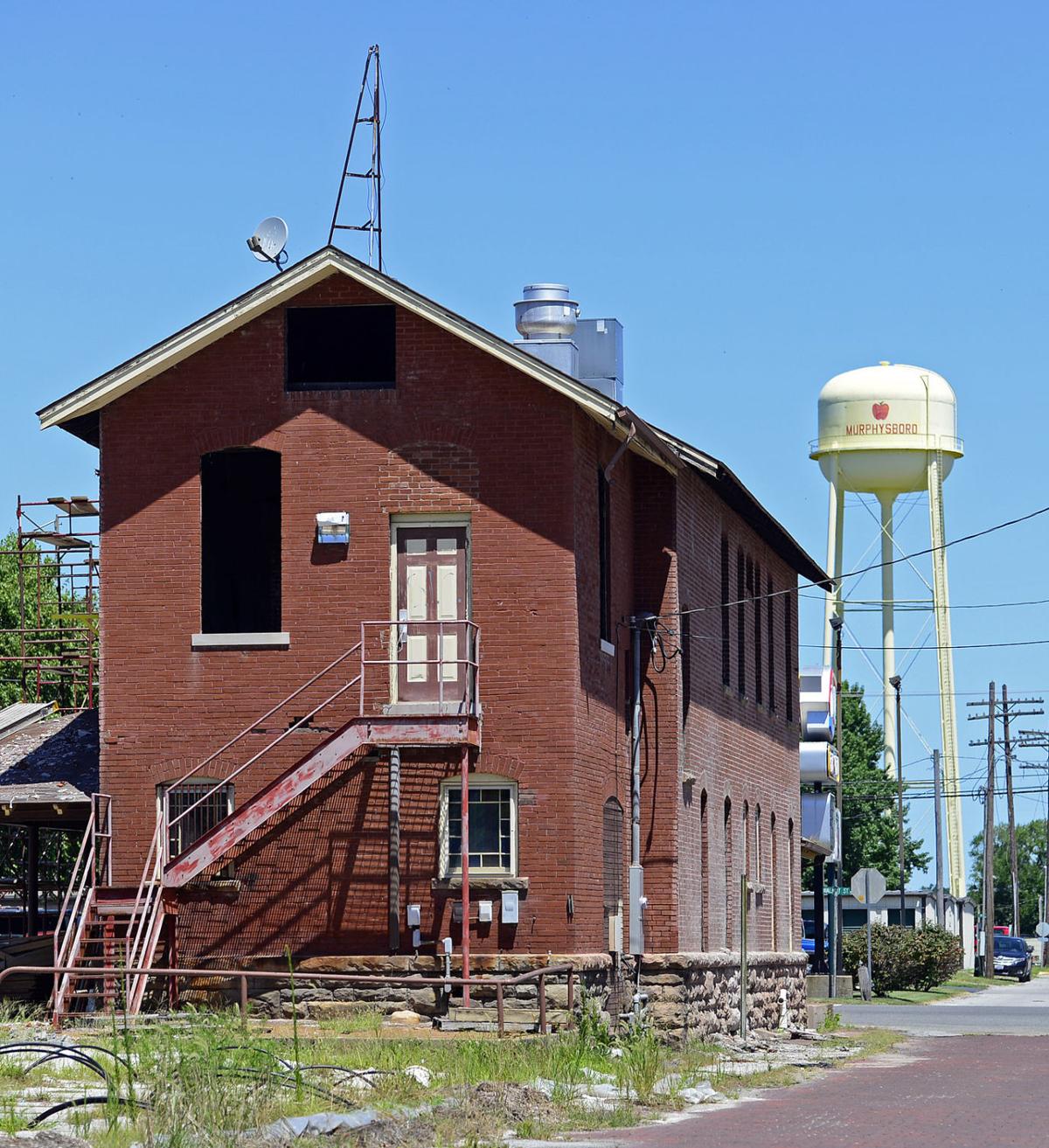 MURPHYSBORO — The train depot was once of the most striking buildings on Murphysboro's main thoroughfare, Walnut Street, where it enjoyed a grand career as a train depot and then some years as a series of restaurants.

These days, the two-story brick building lies empty, a story-high scaffold on the west side of the building, some of its second-floor windows without panes. It's been called an eyesore by some who envision a city with homes and businesses with gentle, alluring curb appeal.

Instead of pursuing an eventual incarnation of another restaurant, the building has been slated to be torn down.

At its city council meeting Tuesday night, city aldermen voted, 6-1, to allow city administrators to look into how they might acquire the building to tear it down; three other aldermen were not present at the meeting. The building was built in 1888 as part of the Mobile and Ohio Railroad line; it was later part of the Gulf Mobile and Ohio Railroad before the company left the line in 1977; the building was eventually bought by a group of Murphysboro businesspeople, who turned it into the first of about three restaurants, according to Jackson County historian Mike Jones.

In 1984, the train depot was added to the National Register of Historic Places.

At the council meeting on Tuesday, city code enforcement officer Eric Kennedy said he believed a city could condemn a property on the National Register of Historic Places if it fell into disrepair.

A few of the council members lamented the building possibly being demolished. All seven of those present voted to allow the city to proceed with plans for the building's destruction.

"It's a shame to see that building come down," Alderman Gary McComb said. He voted against tearing down the building.

Mayor Will Stephens said he and city officials have been patient and accommodating of the building's owner, whom he noted said in a Southern Illinoisan newspaper article in July 2012 that he planned to open the building by May 2013.

Instead, he said he's seen a "steady and continuing decline" and wanted to be proactive about making sure the building can be saved.

Stephens said he was frustrated by the seeming lack of progress on the renovations and the fact that the building — across the street from the Dairy Queen — has two-story scaffolding up, something that could be enticing to the curious, who might try to climb it to gain access to the building. He said it was not uncommon to see shingles blown from roof lying on the street or in the parking lot of nearby businesses.

"It's being demolished currently by Mother Nature," Stephens said at Tuesday night's City Council meeting. "It's an embarrassment to the city."

On Wednesday, he said, "I don’t want to see it torn down, but it is being torn down, right now, by the elements and there doesn’t seem to be a — plan or a clear direction there.”

And not just an embarrassment, Stephens said, but also a security risk.

He said that it has taken a long time to complete the project.

"But the guy that has it doesn't have a million dollars," Heller said at the meeting.

"It’s not falling into disrepair,” he said.

He said he is at work on the building, working on its foundation. Schaldemose said the building's interior was poorly maintained over the past 50 years. He said he had to remove about six inches of flooring.

There are new windows, but they are being stored at a warehouse, while he finishes cleaning the bricks with acid, Schaldemose said.

He said he spent $25,000 on dumpsters to haul away all the demolition removed from inside the building. He declined to say how much he has spent thus far on the building or what he values it at.

He said he is also finishing up work on his own home and on another building he owns in Carbondale.

MURPHYSBORO — Throughout the year, schools Superintendent Christopher Grode said he has been…

"People did not take care of the building for the last 50 years … so now I’m restoring it back to the glory that it was when it was brand new," Schaldemose said.

After learning of the news, Laura Cates Duncan called demolition of the historic building "unfortunate."

"There are going to be a lot of people saddened by that," she said. "There are a lot of memories associated with that building. … It’s just been such a permanent fixture for Murphysboro for decades."

Jones said the building was a well-recognized one.

For instance, he said buildings add a dimension for people who may return to the town and recount experiences there or see the old, historic buildings be a part of a city's architecture.

The mayor left the door open for Schaldemose to talk about ways to rectify the issue. He said the building was not going to be torn down next week or even next month.

"I don’t want that to be the outcome, but I don’t think that we have a choice than to force the issue, because we’re going to lose a beautiful old building if we don’t make a stand and that’s what I wanted to do (Tuesday) night," Stephens said. "I hope that we can come to an agreement where the building remains a part of the Walnut Street landscape for years and years to come."

Justin Sobeck, a former Christopher resident who lives in Missouri, started a petition to ask the city of Murphysboro to reconsider its plans …

MURPHYSBORO — As a little girl, Jane Martin Peters would take her father's handwritten note down the street to his job at the M&O train de…

CARTERVILLE — A half a dozen men are standing in front of a building, two on a scaffold as they scrape at paint on the wood frame of a 100-yea…

MURPHYSBORO — Murphysboro City Council members plan to approve drafting a letter to the owner of a landmark train depot in the city, alerting …

MURPHYSBORO — By now, the Murphysboro City Council had expected to be deciding what to do about a historic train station in town, after giving…

At its meeting April 12, the Murphysboro City Council approved a plan to tear down the old train depot at 17th and Walnut.

The old train depot at 17th and Walnut in Murphysboro is shown in April.

The Murphysboro City Council voted Tuesday to give the owners of the old train depot more time for renovations.