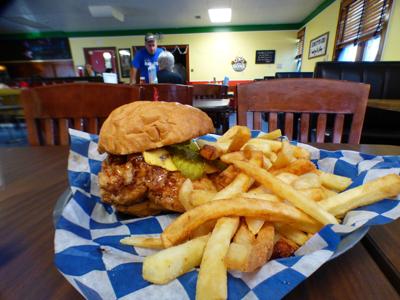 PINCKNEYVILLE — Drive by 101 Mill Street in Pinckneyville and you will see a food truck, but don’t be deceived. Café Agape and Catering is open inside the historic building built by the Masons.

Owner Ron McGee started a take-out restaurant in Collinsville in 2010 with his daughters.

Wednesday nights were busy at their church. They had AWANA for children, prayer meeting and choir practice. He said there wasn’t time to fix dinner.

McGee is from Pinckneyville. He decided to open a full restaurant in Pinckneyville and leased the building in 2019. Then the pandemic hit.

McGee said he did not want to try to start a new restaurant during the pandemic. He began making preparations and opened in March 2022.

The restaurant is called Café Agape because of God’s unconditional love for us.

The restaurant doesn’t serve alcohol or have gambling machines. They also are closed on Sundays.

“We have a real family atmosphere,” McGee said.

He does not judge other establishments who have those things, he just feels this is the right decision for his restaurant.

“I pray for other establishments. I want them to succeed,” McGee said.

The building that houses the café was built by the Masons in 1938.

The restaurant serves its full menu all day. They are open from 11 a.m. to 7 p.m. Tuesday through Saturday.

“We have a buffet all day,” McGee said.

They also have daily specials, with fish on Fridays.

One thing is sure. Their patrons won’t leave hungry. Their Kahok Chicken Sandwich, which features fried chicken with a glaze topped with cheese and bread and butter pickles, is very big. The fries served with it are plentiful, too.

Early voting is underway in Illinois

“It’s really good,” Donna Roberts said. “We stopped in while we were on a fishing trip.”

The restaurant also does catering. McGee said they had a busy August and September, but not much catering in the month of October.

Their bar is has a Coca Cola logo on it, which McGee likes. He bought it at an auction in St. Louis.

They also have some handmade wooden signs on the walls that are for sale. McGee said they are made by a local artist.

He does have some expansion plans for the restaurant. McGee wants to open a venue space for wedding receptions, birthday parties, anniversaries and showers. It would be on the second floor of the building.

McGee also wants to open a Christian bookstore space at the restaurant, but he said that will have to come after the rental space.

For now, he said, they will just serve good food at the restaurant and through their catering.

A home was lost after explosion/fire in Elkville

Good food nourishes, it brings joy and brings people together. In the case of Brunzeez Café in Ava, it also is a catalyst for other businesses.

“We are a bakery, catering and gift company,” owner Sarah Lavender Brashear explained, "but we also do family meals that you can take home and offer lunches, too.” 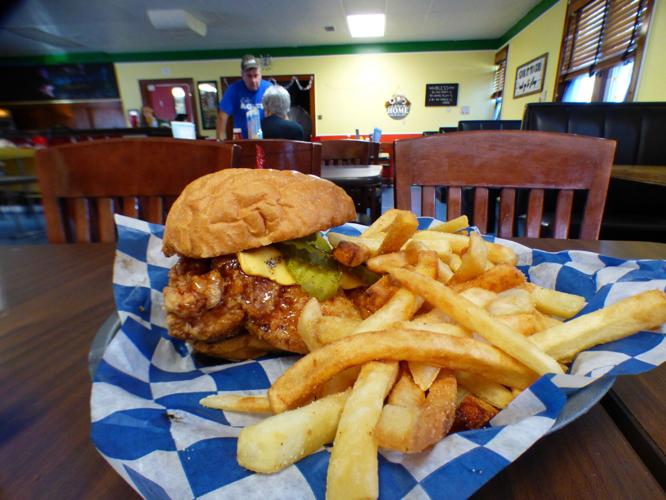 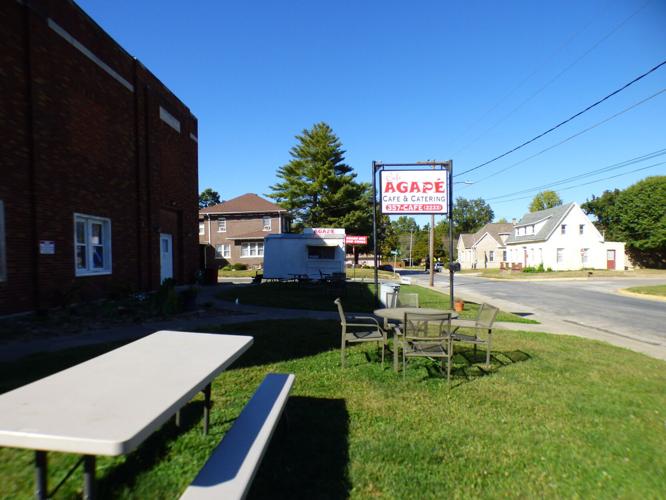 Cafe Agape is located at 101 Mill St. in Pinckneyville. 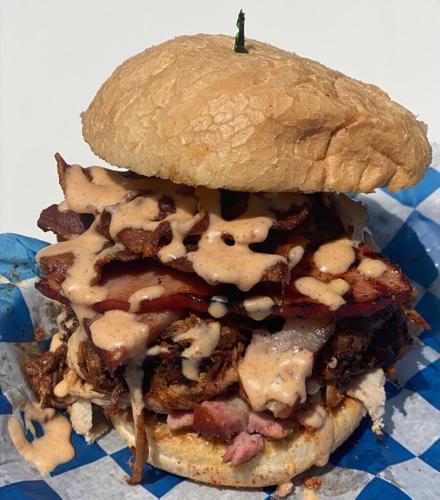 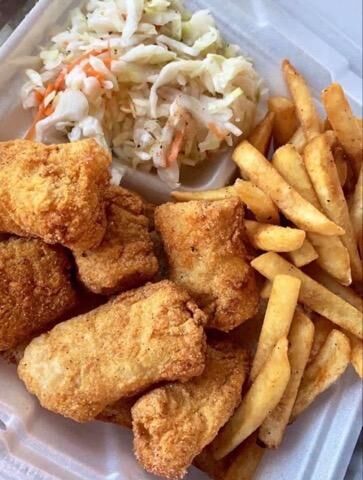 Fish is served every Friday at Cafe Agape in Pinckneyville.